The Battle for the Layte Gulf in 1944 Loaded with Lessons

The Battle for the Layte Gulf in 1944 Loaded with Lessons

"SEA OF THUNDER" by Evan Thomas is now ranked the 27th in the list of hard-cover nonfictions by The New York Times.

It is a little surprise that this kind of theme has still some impacts on some sorts of people in the U.S., though millions of people there have had any associations with U.S. defense directly or indirectly.
+ + +

The last year a Japanese film maker released a movie featuring the battleship Yamato, the largest and the strongest warship ever built by human beings, at least before the age of aircraft carrier's dominance.

This year Mr. Clint Eastwood's movies on the Battle of Iwo-jima, fought in February and March in 1945, were released in Japan and the U.S..

Yamato was destroyed and sunk under U.S. air attacks during its Kamikaze mission to the Battle of Okinawa in April, 1945.

However, I would rather honor the Imperial Navy in a different manner.

The greatest naval war ever fought by human beings is called the Battle for the Layte Gulf, the Philippines, in October 1944 in which the Imperial Navy lost not only another Yamato-class battleship Musashi that was fatally damaged by 20 torpedoes shot by U.S. war planes but also the substantial capability to deal with the massive U.S. military advancement to the mainland of Imperial Japan. 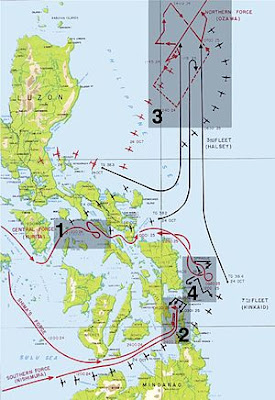 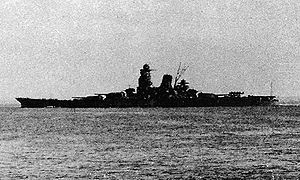 After this great naval battle, the Battle of Iwo-jima and the Battle of Okinawa were fought without a hope of changing a tide or recovering a loss or ultimately achieving an advantageous armistice with the Allied.

The two super-warships Yamato and Musashi, with several 46cm big guns equipped on each, might have blown off any ambitions of General Douglas MacArthur and the U.S. Seventh Fleet in and around the Layte Gulf.

But the history was different: the age of air battles over the ocean had already begun.

What is worse, in order to support the fleet, the Imperial Navy ordered an air squadron to conduct Kamikaze air-attacks, which was the first of a long series of this kind of suicide attacks that ensued until the end of the Pacific War in August, 1945.

The Battle for the Layte Gulf should be remembered most significantly as the last full-dress naval battle for the Imperial Navy with even a slight chance of winning as well as the onset of the Kamikaze attacks which should have been also the last and final or only once.

Now, Japan has other types of Yamato and Musashi in various fields of its modern industries.

But, where has the Kamikaze spirit gone?

It is one of my worries.

It should have gone to the highest sky over the Pacific Ocean forever.

Not to anywhere on the earth.

"THE SEEDS THE PEACEMAKERS PLANT IN THE PEACE"

Posted by EEreporter at 12/21/2006 12:02:00 PM Links to this post
Email ThisBlogThis!Share to TwitterShare to FacebookShare to Pinterest

A Marine in Iraq and His Japanese Father

A Marine in Iraq and His Japanese Father


When you hear some Christmas songs, you may feel like hearing a Christmas story.

All I can say is that Good News is to be preached to poor people. If you are rich and happy, you are not prepared enough.

However, it is one of my opinions I myself in a different occasion cannot mostly stand; Jesus Christ should be far more benevolent.
+ + +

According to a certain prominent journalist, once upon a time, a Japanese young man went to America to learn in post-graduate courses. He graduated a grad school and started to work in a branch of the U.S. Government. He got married to an American woman and got a son who grew up and one day, while learning in a university, decided to go into the service of the U.S. Marines for joining a mission in Iraq. He was actually dispatched to Iraq for a mission of the War on Terror, and then afterward came back to America to restart his learning in the university. He graduated and started to work in a certain industry.

One family in America is going to see Christmas this way: a family of a Japanese father, an American mother, and an ex-Marine son with a memory of Iraq.
+ + +

In my city, there are a lot of illuminations and displays imitating a Christmas tree. Japanese like Christmas.

Indeed, no family's Christmas in Japan is darkened by a shadow of warring Iraq, which might become possible truly by providence.

I meant that we are very sorry for American families who lost their son or daughter in Iraq.

But, will Iraqi victims allow us to enjoy Christmas?

Or will Jesus Christ persuade them to do so for us?

Otherwise, what should we offer as a sacrifice?

"BY THE MIRACLES THAT WERE PERFORMED"
Posted by EEreporter at 12/18/2006 10:14:00 PM Links to this post
Email ThisBlogThis!Share to TwitterShare to FacebookShare to Pinterest

Tonight I rather felt that the city was less crowded.

Indeed, there was a final match of top soccer club teams in the world.

The match was between a team from Spain and another from Brazil.

The latter defeated the former by one to nothing.

The Spanish team, representing 224,000 soccer clubs in Europe and employing ten players who have ever played in the World Cup Soccer Games in eight national teams, was lost to the Brazilian team with no such players.
+ + +

In a cold stadium of Japan's December and supported by Toyota Motor and other companies, the game was played with full audience.

As it must be globally televised, people in Spain and Brazil should enjoy it.

I am not a professional in this sport. I have not much to say.

However, I felt that the Brazilian team was really running, but the Spanish team was not, though I just observed the match only during the last 15 minutes.

A running player kicked the ball that flew to the face of the keeper trying to stop the ball with a lower posture, but the ball hit the head and flew further forward to the goal.
+ + +

Toyota reportedly plans to produce about 9.4 million cars next year, which would put the company on the position of the world number-one car manufacturer. GM will be the number two, accordingly.

Toyota can sponsor many sport games.
+ + +

December is called "Shiwasu" in a traditional and literary way in Japan, which means "a teacher is running."

In old days, people had to make the end meet on their financial contracts, loans, and rents by the end of December; therefore even a teacher who must show a good example of behaviors should be busy paying or borrowing money in this month.

December is a month when even a stern teacher should be busy running like a soccer player in an extreme case.

However, I like the expression "Don't run but walk."

Be a good walker even on a pitch, which would decide a success or a failure in a next moment when a chance ball is flying fast toward you.

"THEY WILL SHARE YOUR FATE"
Posted by EEreporter at 12/17/2006 11:12:00 PM Links to this post
Email ThisBlogThis!Share to TwitterShare to FacebookShare to Pinterest
Newer Posts Older Posts Home