"for what intent ye have sent for me?" - Prophecy of Another World War? 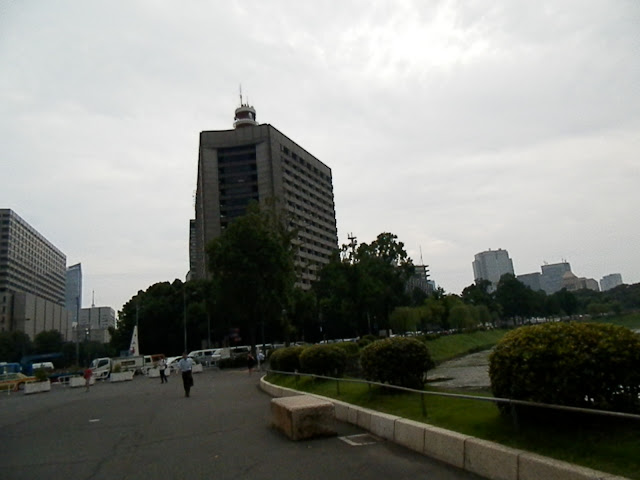 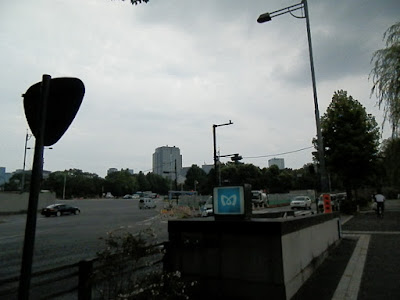 Around the Imperial Palace Plaza, Tokyo

Prophecy of Another World War?


The other day, I saw a dead crow on a vehicle road around a corner of a point of intersection.

It is very rare for pedestrians around Tokyo to spot a dead crow on a street with so many cars running so busily.  It must be a warning from Heaven.

Indeed as the world cannot save people living in Gaza and those traveling from Syria, Iraq, and Afghanistan to the EU, mankind would not be able to prevent an outbreak of another World War.


By the way, don't Americans see the will of God in the history, since they don't like to see stories in the human history but only facts and data?


Act 10:29 Therefore came I unto you without gainsaying, as soon as I was sent for: I ask therefore for what intent ye have sent for me?
Act 10:30 And Cornelius said, Four days ago I was fasting until this hour; and at the ninth hour I prayed in my house, and, behold, a man stood before me in bright clothing,
Act 10:31 And said, Cornelius, thy prayer is heard, and thine alms are had in remembrance in the sight of God.

Posted by EEreporter at 10/30/2015 01:05:00 AM
Email ThisBlogThis!Share to TwitterShare to FacebookShare to Pinterest 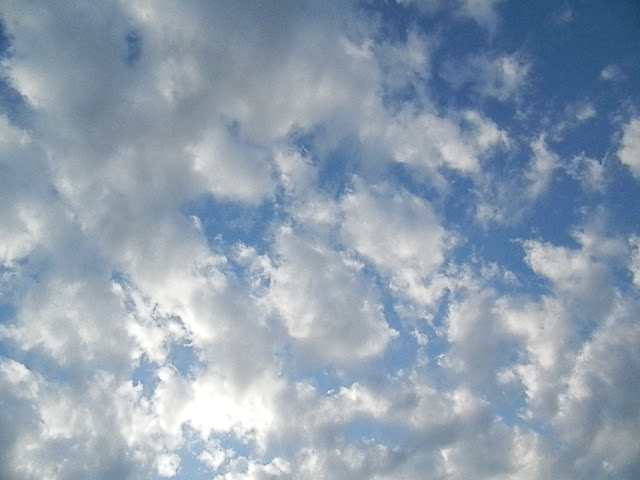 An Autumn Sky around Tokyo

The West and The East


The history of Buddhism in East Asia, including China, Korea, and Japan, is almost comparable with that of Christianity in Europe.

About 2,000 year ago, Buddhism reached a vicinity of the western territory of the then Chinese empire.  And then, taking several centuries, Buddhist creeds were translated from Sanskrit to Chinese.

Accordingly, Buddhist creeds Japanese monks read even today have a history comparable to that of the Christian Bible.

However, ancient Chinese accepted Buddhism first as another religion that would bring worldly fortune to them.  They worshiped the Buddha along with Chinese taoism saints.

Anyway you cannot deny a great influence of Buddhism in China, Korea, and Japan in these 2000 years.  East Asia is different from Africa.

It should be also noted that from a viewpoint of East Asia, Europe under the influence of Christianity and the Middle East under Islam look the West.  But India is half the West and half the East.  And East Asia, namely Japan, Taiwan, Korea, China, and Mongolia, is truly the East.

This view might help some people in the world understand the world better.


Mat 10:28 And fear not them which kill the body, but are not able to kill the soul: but rather fear him which is able to destroy both soul and body in hell.
Mat 10:29 Are not two sparrows sold for a farthing? and one of them shall not fall on the ground without your Father.
Posted by EEreporter at 10/29/2015 12:45:00 AM
Email ThisBlogThis!Share to TwitterShare to FacebookShare to Pinterest

"there is nothing covered" - Great Artists Rising after Wars 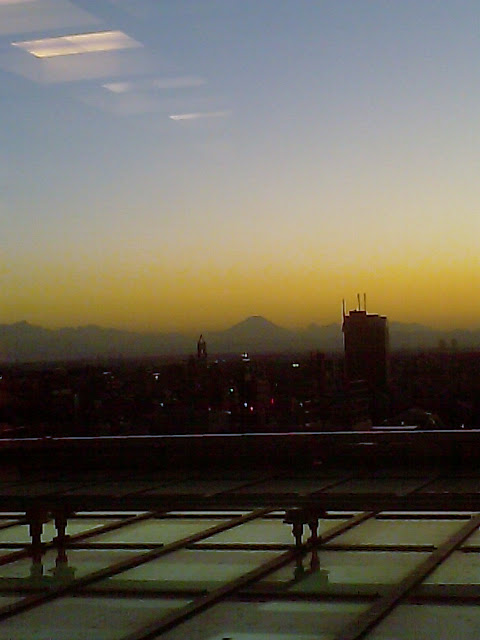 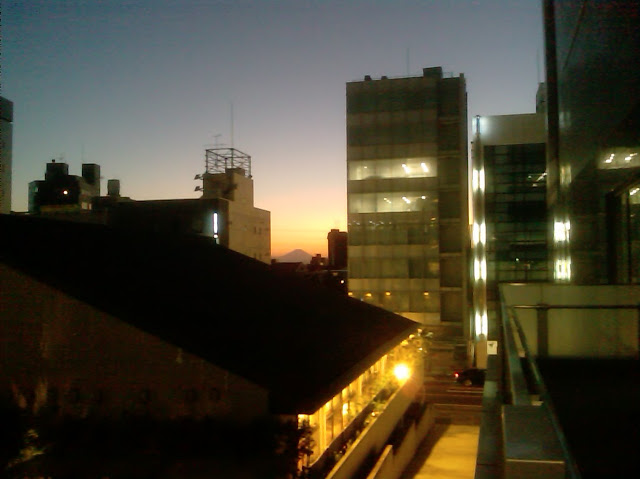 As the Empire of Japan was fighting desperate battles against the US, most of students were mobilized for work in factories to produce weapons and ammunition for the Imperial Army and Navy.  Young Tezuka was also forced to stop studying in high school and work in a factory situated on the Yodo River in Osaka City.

One day he happened to be on a factory chimney for some task and thought that he had to watch the sky to alert workers in case that B29 bombers came to attack Osaka.  The big Yodo River could be a good landmark for American pilots.  So, workers were on alert to prepare for possible air raids on them.

And finally, the time came.  Scores of B29s came to drop incendiary bombs on an industrial zone of Osaka where the factory was included.  Tezuka saw a big flying formation of American bombers.  A manager of the factory called to Tezuka, "Come down and hide in a bomb shelter!"  But Tezuka thought that it was too late, as now American bombers started to drop bombs.

Like a rain, incendiary bombs were falling around Tezuka who was holding fast an iron ladder attached to the big chimney.  Tezuka saw buildings of the factory being bombed and burning.  He thought that now he was going to die.  But he did not.

He finally got out of the factory after the air raid.  He wanted to go back home as he observed so many dead bodies in the factory premises.  But, the railway line running from a station near the factory to his home town stopped a service.  He had to walk on tracks along rails for 20km or so.  He got very hungry when he came halfway around a town called Toyonaka.

Tezuka dared to get into a house along a track to ask a family for foods.  A housewife kindly gave him three big rice balls.  Young Tezuka was relieved.  Finally he reached his home.  But weeks or so later after another air raid on Osaka, a residential area in Toyonaka was bombed.  And, Tezuka saw the house where he had been helped having been destroyed from a window of a train that was operated again.

Then a few months passed.  One hot day, Tezuka did not feel like going to work in the factory.  He stayed at home, drawing manga cartoons.  He had already created 2,000 pages or so manga in those years.  While he was absorbed in drawing a manga work, it came to noon.  But, he felt something strange.

It was too silent.  Even birds were not tweeting.  He could hear no sounds of cars and passers-by around his home in Takarazuka Town.  He just checked the neighborhood to find nothing moving.  When evening came, he went out of the house to go to the nearby station.  He got on the train, but passengers were rare.  Most of the seats were empty.  It was a time when people went back home from work places.  But the virtually-empty train was running toward a terminal station in Osaka City.

Tezuka heard some passengers in the train speaking something like "The war was over!"  He could not understand it.  Like most of Japanese youths at the time, young Tezuka believed that the Empire would eventually defeat the US.  But, people were talking as if the Empire of Japan had been defeated.

He did not get off the train till the terminal station in Umeda, one of major commercial areas of Osaka City.  The Umeda station was damaged by air raids, looking like a structure made of only iron frames.  But Tezuka realized that the station was lit by electricity.  Lights were on around the station.  Even big chandeliers in the hall of a department sore were lit up.  Over a street he could see neon signs emitting red and green light.   Black out was over!  Light control was abolished! The was over!  Indeed it was August 15, 1945.

The greatest Japanese manga artist of Japan Osamu Tezuka later recalled that it had been the most wonderful moment in his life.

Osamu Tezuka created 700 manga and animation titles in his life, including Tetsuwan Atom (Astro Boy) and Jungle Emperor (Kimba the White Lion).  He is still respected in Japan as a kind of manga king.


Now, when wars in Syria, Iraq, and Afghanistan are completely over, we may see great artists rising from the devastated lands like Osamu Tezuka in Japan after WWII.


Mat 10:26 Fear them not therefore: for there is nothing covered, that shall not be revealed; and hid, that shall not be known.
Posted by EEreporter at 10/26/2015 10:04:00 PM
Email ThisBlogThis!Share to TwitterShare to FacebookShare to Pinterest
Newer Posts Older Posts Home