"Go your way into the village" - Hurricanes over the US 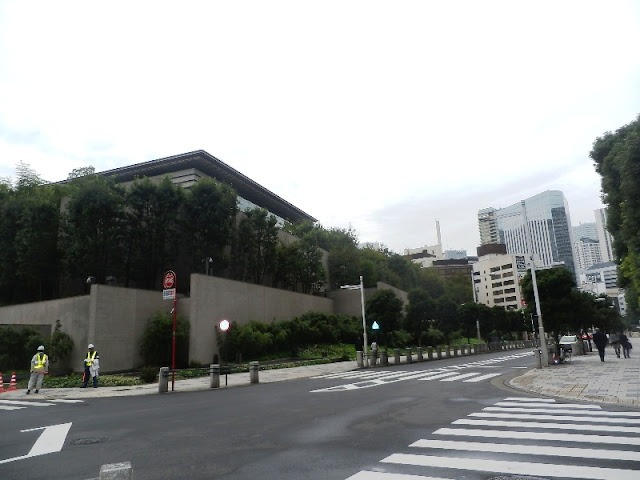 Hurricanes over the US

Japan and the US are two major countries under possible threat of great natural disasters.

Japan faced the great tsunami in 2011, and the US was shocked by a great October hurricane that hit New York in the middle of the presidential election in 2012.

1635: The most horrible hurricane that ever attacked the north east coast of the US passed Long Island and Boston, accompanied by 20 feet (6.1 meter)-high flood tide.  However, in 1636, the first high education institution was built in a colony on the bay of Massachusetts, which later grew to be Harvard University.

1780: A great hurricane emerged while the US was engaged in the American Revolution led by George Washington, namely the war against the UK for independence.   This calamity caused death for about 22,000 people living around the Caribbean Sea and destroyed the warring British and French fleets.


The New England Hurricane of 1938 (or Great New England Hurricane, Yankee Clipper, Long Island Express, or simply the Great Hurricane) was the first major hurricane to strike New England since 1869. The storm formed near the coast of Africa in September of the 1938 Atlantic hurricane season, becoming a Category 5 hurricane on the Saffir-Simpson Hurricane Scale before making landfall as a Category 3 hurricane[1] on Long Island on September 21. The hurricane was estimated to have killed between 682 and 800 people,[2] damaged or destroyed over 57,000 homes, and caused property losses estimated at US$306 million ($4.7 Billion in 2012).[3] Even as late as 1951, damaged trees and buildings were still seen in the affected areas.[4] It remains the most powerful, costliest and deadliest hurricane in recent New England history, eclipsed in landfall intensity perhaps only by the Great Colonial Hurricane of 1635.

1992: The most devastating or violent hurricane attacked the US.  This hurricane called Andrew forced the US to suffer total $26 billion (1992 USD) damage.  But destruction it brought about was more than the figure of the damage indicated.  At the time the US President was Mr. George H. W. Bush.

2005: The 2005 hurricane Katrina is costliest hurricane in the US history, requesting $108 billion damage (2005 USD) from the US under governance then-President Mr. W. Bush.

2012:  Then finally President Mr. Obama had to face other shocking hurricane that inundated several lines of the New York subway.


The hurricane caused billions of dollars in damage in the United States, destroyed thousands of homes, left millions without electric service, and killed dozens.

Due to flooding and other storm-related problems, Amtrak cancelled all Acela Express, Northeast Regional, Keystone Service and Shuttle services on October 29 and 30.[173][174] More than 13,000 flights were canceled across the U.S. on October 29, and more than 3,500 were called off October 30.[175] From October 27 through early November 1, airlines cancelled a total of 19,729 flights, according to FlightAware.[176]

As of early morning on November 1, just over 4.8 million customers remained without power in 15 states and the District of Columbia...

So, hurricanes really look like messengers sent by the God who is transcendental existence over life and death of mankind.

Anyway, some drastic movement must have begun already, explicitly or implicitly, in the US, in terms of history which is the God in a sense.


Mar 11:1 And when they came nigh to Jerusalem, unto Bethphage and Bethany, at the mount of Olives, he sendeth forth two of his disciples,
Mar 11:2 And saith unto them, Go your way into the village over against you: and as soon as ye be entered into it, ye shall find a colt tied, whereon never man sat; loose him, and bring him.
Mar 11:3 And if any man say unto you, Why do ye this? say ye that the Lord hath need of him; and straightway he will send him hither.

Posted by EEreporter at 11/02/2012 11:05:00 PM Links to this post
Email ThisBlogThis!Share to TwitterShare to FacebookShare to Pinterest 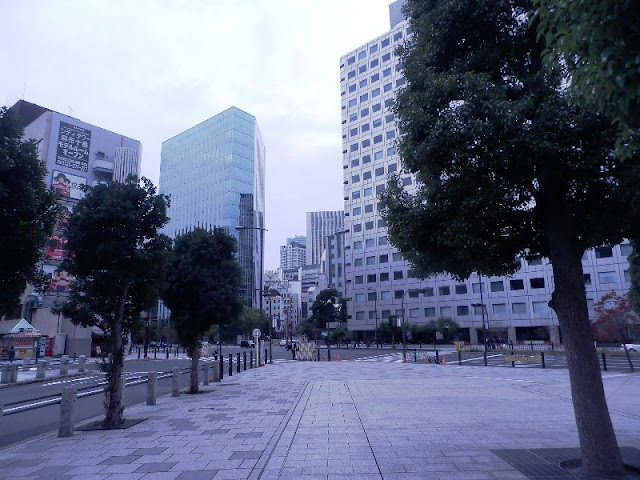 As with the US, Japan also face a possible change in the regime.

The one brought into focus is Mr. Shinzo Aba, a former prime minister of Japan.

He was elected as prime minister in 2006, succeeding the then very popular prime minister Mr. Junichiro Koizumi.  But Mr. Abe resigned next year while his ruing party LDP lost an Upper House Election due to drastic exposure of  poor pension fund management by the Government.  This pension problem affected tens of millions of Japanese citizens.  Most of Japanese voters got angry with irresponsible administration of the Government.  So, the conservative party LDP failed in the election.

Then PM Mr. Abe continued his premiership despite this strong shock wave on his administration.  But he lost the balance of mind and body and his health.   His chronic disease overwhelmed Mr. Abe who became one of the youngest prime minister of Japan after WWII.  So, just after he delivered an opening speech to a new session of the parliament, he fell and  entered the hospital.

The public was astonished and then got angry at Mr. Abe, since PM Mr. Abe should have stepped down before a new session of the national Diet began if he had checked his physical condition so carefully.  It looked like a big shame.  This incident had some influence of the defeat of the LDP in the 2009 general election and the subsequent regime change from the conservative LDP-led government to the socialistic DPJ centric administration.

But now lawmaker Mr. Abe has come back as he was elected as the president of the LDP, which is now an opposition party, again this September.  According to various opinion surveys, it is expected that the LDP will take over power again from the ruling DPJ PM Mr. Noda commands after the next general election.

So, now Mr. Abe is pressing Mr. Noda to resolve the Lower House as Mr. Noda so promised to the former president of LDP Mr. Tanigaki as PM Noda  made the deal with Mr. Tanigaki in this August to get support for passing a critical bill in exchange of holding a snap election Mr. Tanigaki and the LDP wanted.

So, when the general election is held in near future and the LDP wins as expected, Japan will have the first come-back prime minister in this era after WWII.

Yet, incumbent PM Mr. Noda looks die-hard continuing his administration as long as possible.  The biggest concern in the Japanese politics is how and when Mr. Abe, a notable nationalistic politician, can force PM Mr. Noda to hold a decisive and fatal election.

Incidentally. the current status of occupancy in the Lower House is:

Others (including Communist Party, etc.)  47

Mar 10:31 But many that are first shall be last; and the last first.

Posted by EEreporter at 10/31/2012 01:10:00 PM Links to this post
Email ThisBlogThis!Share to TwitterShare to FacebookShare to Pinterest 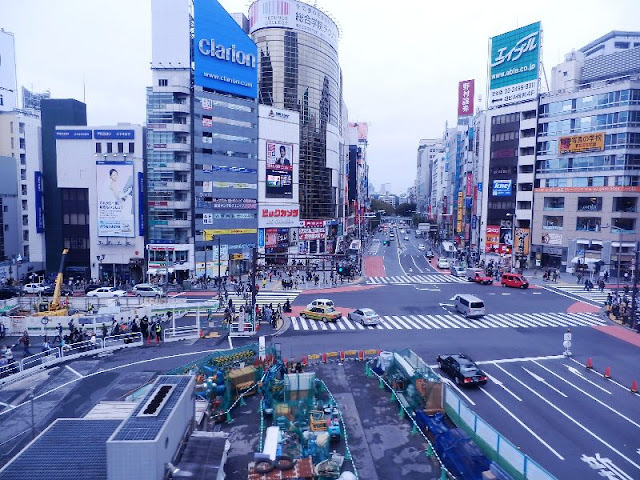 
The Era Gone with the Wind

It is as if one era is gone with the stormy wind.

The hurricane caused the biggest turmoil in New York City since the 9/11 Terror of 2001.  It is so impressive as the 2012 Presidential Election is now going on.

But, in 2001, Mr. Barack Obama was an unknown young politician in  Chicago.  And, it was the 2001 Terror that spotlighted him.  Without the cruel suicide attacks on the Pentagon and the World Trade Center allegedly ordered by Osama bin Laden, Mr. Obama had no chance to appeal to the American voters.  Mr. Obama was really the great creature of the age.

And, more than expected, President Mr. Obama took on Osama hiding in Pakistan in the spring of 2011.  Accordingly, Mr. Obama pulled down a curtain for this long show of the War on Osama and Terror.

It can be more specifically examined why Mr. Obama was chosen for this task to address Islamic terror.  But, was he chosen to handle the present or future financial crisis of the great scale?  And is he really suitable for handling any other type of crises, such as a super-violent hurricane?

To address those critical crises, you need a wider support base.  But, those who support Mr. Obama account for just 36% among European Americans.

As the US has been mostly built on business, technology, science, and culture descendants of Europeans have cultivated and developed for centuries, apart from moral discussions, it is fatally disadvantageous that Mr. Obama is not purely one of those offspring, though he is a son of a European American mother.

So, Mr. Mitt Romney looks more appropriate for the US presidency.

Act 10:30 And Cornelius said, Four days ago I was fasting until this hour; and at the ninth hour I prayed in my house, and, behold, a man stood before me in bright clothing,
Act 10:31 And said, Cornelius, thy prayer is heard, and thine alms are had in remembrance in the sight of God.
Posted by EEreporter at 10/30/2012 11:38:00 PM Links to this post
Email ThisBlogThis!Share to TwitterShare to FacebookShare to Pinterest
Newer Posts Older Posts Home