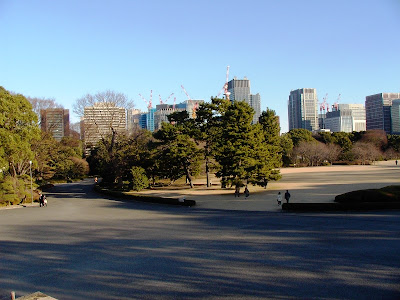 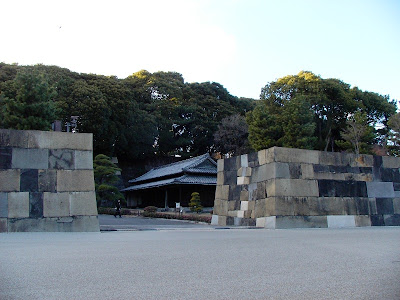 Capitalism and commercialism have freed people from religion or the degraded Vatican in the western world.

But from a religious point of view, the fight between Christianity and the Devil seems to have resulted in victory of the Devil who allured and tempted people into poisonous capitalism and commercialism.

Now as you know the British royal family has degraded themselves so much and ordinary European people are used to enjoy degraded living so badly.  The situation is also bad in the north American continent where most of people do not respect normal living any more.

But, in the Islamic world, the Devil is yet to succeed in dragging people into capitalism and commercialism.  Muslim women look rather decent, wearing scarf; and Muslim men look rather pious, practicing worship toward Mecca.

Further in a wider scope, China and India have also succumbed to the Devil, outwardly developing their economy and enriching their people.   But capitalism and commercialism are causing more problems than providing solutions to their problems.

Since Europe and North America have the most advanced democracy, they are proving that democracy is not a weapon the God has given to mankind to fight evil of  capitalism and commercialism.

Now that the Vatican is so powerless, we have to again rely on Christ Jesus directly again.  Then we may be able to escape the great trap of the Devil.


Luk 4:5 And the devil, taking him up into an high mountain, shewed unto him all the kingdoms of the world in a moment of time.
Luk 4:6 And the devil said unto him, All this power will I give thee, and the glory of them: for that is delivered unto me; and to whomsoever I will I give it.
Luk 4:7 If thou therefore wilt worship me, all shall be thine.
Luk 4:8 And Jesus answered and said unto him, Get thee behind me, Satan: for it is written, Thou shalt worship the Lord thy God, and him only shalt thou serve.

Posted by EEreporter at 4/05/2013 10:38:00 PM Links to this post
Email ThisBlogThis!Share to TwitterShare to FacebookShare to Pinterest

"the seven Spirits of God" - Some Rankings 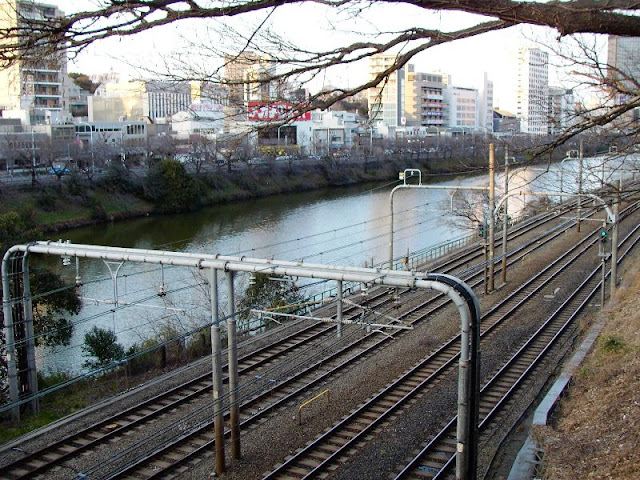 Posted by EEreporter at 4/05/2013 12:08:00 AM Links to this post
Email ThisBlogThis!Share to TwitterShare to FacebookShare to Pinterest

"again into Galilee" - Korea before WWII 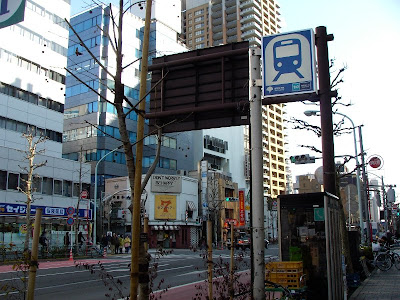 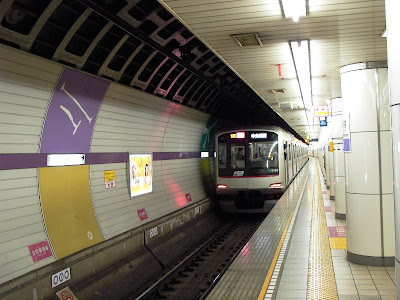 Korea was not an independent and prosperous country before the Empire of Japan started to liberate Korea from the Qing Dynasty of China in the late 19th century.

The Korean kingdom then was a poor and devastated country with almost no farmers who could read and write.  And their farm land was also almost barren.

The second Manchu invasion of Korea occurred in 1636, when the Manchu Qing Empire brought Korea's Joseon dynasty into submission. It followed the first Manchu invasion of Korea of 1627.
...
Ming China attempted to send a minuscule force in support of Joseon in what was merely a token effort, but the force was wiped out in the sea during a storm. This desperate situation forced Injo to make his submission. King Injo yielded up three pro-war officers to Qing, as well as agreeing to the terms of peace:
1. Korea submits to the Qing Dynasty.

2. Korea has to break her traditional relationship with Ming.

3. Korea offers the first and second sons of King Injo, and sons or brothers of ministers as hostages.

4. Korea pays tribute to Qing as she has done to Ming.

5. Korea will serve for Qing in the war against Ming.

7. Both ministers of Korea and Manchu became stuck together as marriage.

8. Korea is not allowed to build castles.

Huang Taiji set up a platform in Samjeondo—the upper reach of the Han River. At the top of the platform he accepted King Injo's submission. King Injo kowtowed to Huang Taiji, who allegedly forced Injo to repeat the humiliating ritual many times.
...
Northern and middle regions of Korea were devastated by war. Although the Manchurian army was strict in discipline, the Mongolian soldiers plundered cities.
...
Until 1894, Korea remained a tributary state of Qing China, even though the influence of Manchus decreased from the late 18th century as the Joseon Dynasty began to prosper once again. Japan forced Qing China after the First Sino-Japanese War (1894-1895) to acknowledge the end of the traditional relationship with Korea, in an attempt to implement their plan to exploit and eventually invade Korea in the early 20th century.

Correctly, Korea was not so prosperous at the time.  When Japanese started to help Koreans govern themselves, they found that most of agricultural fields in the Korean Peninsula were desolated.

Actually the Korean kingdom faced starvation partly due to the irresponsible court in early 1870s.  The upper class or the noble class of Koreans did not take care of farmers at all.  Korea was split between the incapable, old-guard, Confucius upper class and a majority of poor and illiterate farmers.

Good or bad, modernization of the Korean Peninsula was carried out by the Empire of Japan till the middle of the 20th century, though the Empire had to annex Korea since Koreans could not maintain their new empire, which Japanese helped establish, by themselves alone.

Joh 4:1 When therefore the LORD knew how the Pharisees had heard that Jesus made and baptized more disciples than John,
Joh 4:2 (Though Jesus himself baptized not, but his disciples,)
Joh 4:3 He left Judaea, and departed again into Galilee.
Posted by EEreporter at 4/03/2013 11:25:00 PM Links to this post
Email ThisBlogThis!Share to TwitterShare to FacebookShare to Pinterest

"through Jesus the resurrection from the dead" 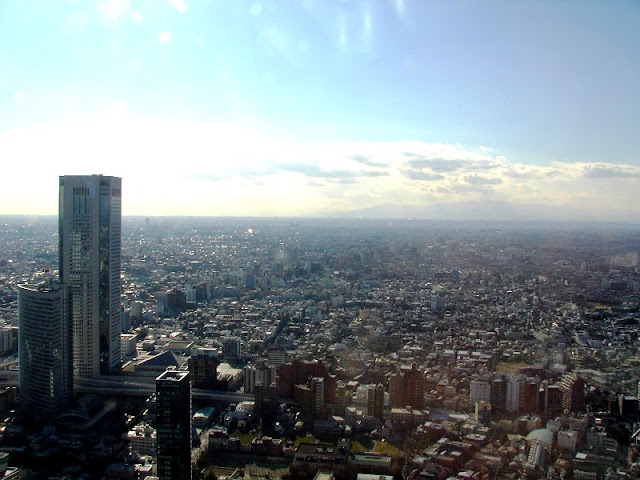 Act 4:1 And as they spake unto the people, the priests, and the captain of the temple, and the Sadducees, came upon them,
Act 4:2 Being grieved that they taught the people, and preached through Jesus the resurrection from the dead.
Act 4:3 And they laid hands on them, and put them in hold unto the next day: for it was now eventide.
Act 4:4 Howbeit many of them which heard the word believed; and the number of the men was about five thousand.
Posted by EEreporter at 4/02/2013 04:56:00 PM Links to this post
Email ThisBlogThis!Share to TwitterShare to FacebookShare to Pinterest

"into the wilderness to be tempted" - Poverty in Old Japan 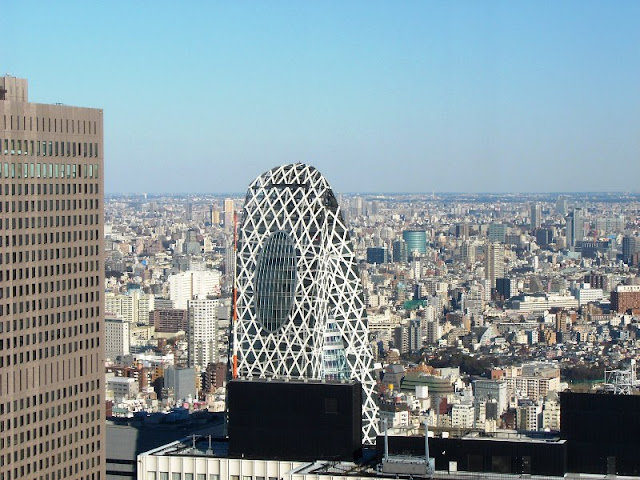 In any society in the world, being poor means being at the risk of one's life.

But in Japan it was not so dangerous if you had been poor even before the 19th century.

Japanese farmers in the samurai era could not freely move or change their residences.  They were bound to the land.

Farm lands were a kind of  property of daimyo samurai or  feudal lords who were subject to shogun or a samurai king who lived in Edo (Tokyo), though plots could be sold and bought by farmers, merchants, etc.  Farmers had to pay tax in the form of rice as rice was the staple food and a big commercial commodity in Japan.

Anyway, every farmer was forced to live in a village surrounded by paddy fields on the permanent basis.  So, no matter how poor a farmer became, he could rely on help from his community so long as he was a decent member of it.  In addition, in every village there was a Buddhist temple or a shinto shrine which could offer some help to a poor member of the community.  And low and order was of course maintained by samurai soldiers and officials.

In Japan being poor did not necessarily mean facing a threat to the life even in old days.  There were almost no different races, tribes, or foreigners in Japan for these 2000 years.

This situation and circumstance had a great influence on the Japanese culture and Japanese religions.  Japanese were not used to encounter extreme cruelty of a large scale, though its society had been governed by the samurai warrior class for more than 700 years before Japan started its westernization around 1870.

In addition, the climate in Japan was not so sever.  Though it has snow and ice in winter, people can live even outdoor or in poor wooden houses comfortably from spring to autumn.  Safe and humble living was allowed in Japan due to its natural features in old days.  Poor people in a village might have looked like one part of the nature.

So, the Japanese Buddhism was especially influenced by this inclination of acceptance of poverty  in the Japanese society. 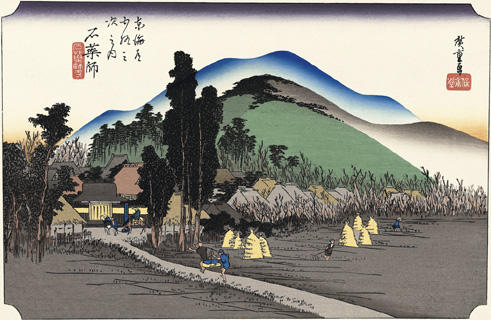 A Japanese Village in 1830s by Hiroshige

Mat 4:1 Then was Jesus led up of the spirit into the wilderness to be tempted of the devil.
Mat 4:2 And when he had fasted forty days and forty nights, he was afterward an hungred.
Mat 4:3 And when the tempter came to him, he said, If thou be the Son of God, command that these stones be made bread.
Mat 4:4 But he answered and said, It is written, Man shall not live by bread alone, but by every word that proceedeth out of the mouth of God.
Posted by EEreporter at 4/01/2013 11:24:00 PM Links to this post
Email ThisBlogThis!Share to TwitterShare to FacebookShare to Pinterest

"his brethren and his mother" - 13.8 Billion Years Ago 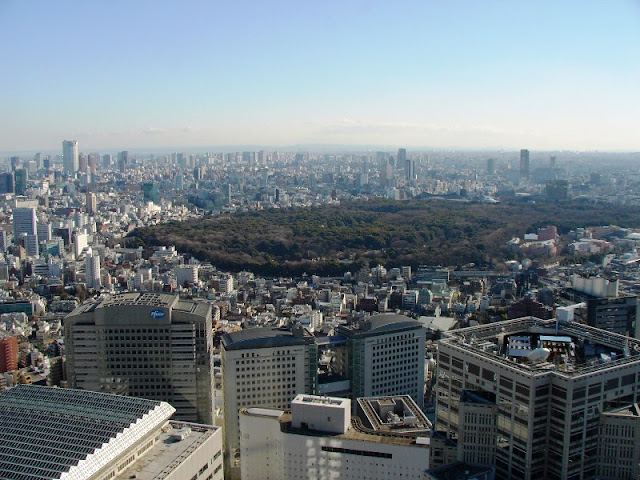 This universe began from the size of a coin.

Before it reached the size of a coin, it had also undergone an inflation expansion from 10^-36 meters in a period of time of 10^-33 seconds.

And before this inflation expansion, it is believed that our space has existed in the size of 10^-36 meters or less for 10^-44 seconds.

The state of universe 380,000 years ago is called transparent to radiation. Till then light could not fly freely because protons and electrons did not form atoms, thus obstructing movement of light. In other word, it was 380,000 years ago that atoms or specifically hydrogen atoms were first formed with a proton accompanied by an electron flying around the proton. So, in the space of the size of 40 million light years, there were no atoms at all before the state of getting transparent to radiation. In the space, protons and electrons in addition to neutrons were flying randomly without forming any atoms while light could not fly for a long distance as it was captured or deflected by protons and electrons so easily.  And stars and galaxies were formed after atoms were established in the space of the size of 40 million light years, which was 380,000 years old.
Today, even between the moon and the earth, it was impossible to imagine that the distance is filled with protons and atoms so densely without forming any atoms.  Incidentally, the distance to the moon is about one light second.

But this visible type of matters, such as protons, electrons, and atoms, accounts for only 10% of matters that exist in the whole universe; the rest is called dark matter.

The space looks like converging to a limited zone at the most distant area.


Mar 3:31 There came then his brethren and his mother, and, standing without, sent unto him, calling him.
Mar 3:32 And the multitude sat about him, and they said unto him, Behold, thy mother and thy brethren without seek for thee.
Mar 3:33 And he answered them, saying, Who is my mother, or my brethren?
Mar 3:34 And he looked round about on them which sat about him, and said, Behold my mother and my brethren!
Mar 3:35 For whosoever shall do the will of God, the same is my brother, and my sister, and mother.
Posted by EEreporter at 3/31/2013 11:48:00 PM Links to this post
Email ThisBlogThis!Share to TwitterShare to FacebookShare to Pinterest
Newer Posts Older Posts Home