"Behold, I send my messenger" 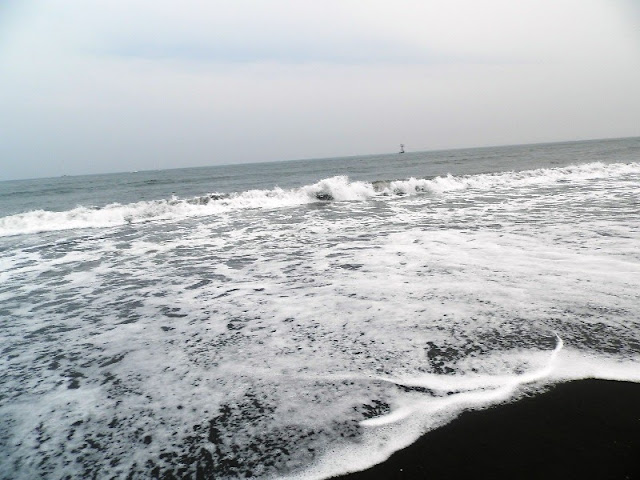 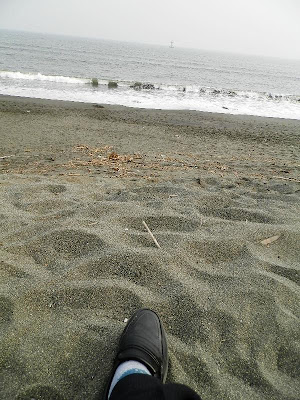 On the Pacific Ocean, Japan

Luk 7:27 This is he, of whom it is written, Behold, I send my messenger before thy face, which shall prepare thy way before thee.

Posted by EEreporter at 7/27/2013 12:21:00 PM Links to this post
Email ThisBlogThis!Share to TwitterShare to FacebookShare to Pinterest

"some of them of Jerusalem" - TEPCO Management 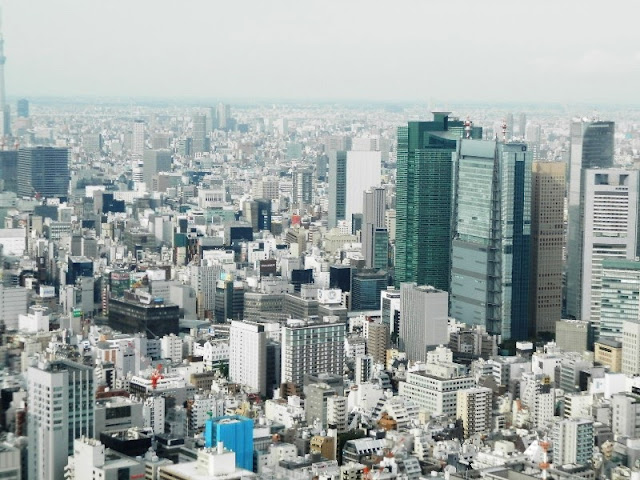 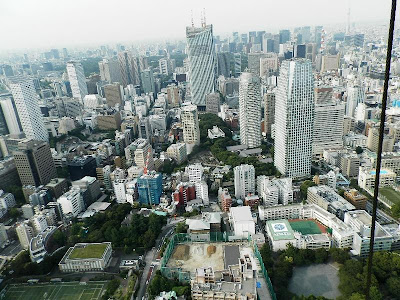 
This July Tokyo Electric Power Company (TEPCO), the owner and operator of the Fukushima Daiichi plant, decided to provide a special bonus of 100,000 yen ($1,000) for each of its section heads and middle-level executives.

The number of TEPCO's managers eligible for this bonus is about 5,000 though the utility has about 36,000 employees.  However since the occurrence of the Fukushimna Daiichi nuclear accident, total 1,300 workers left TEPCO.  Among them there are 50 key employees and managers in charge of business planning and strategic management.  The TEPCO management has to take some measures to stop this trend which is weakening its ability to handle the still ongoing problems related to Fukushima Daiichi.  So, what they have come up with is to provide the special bonus.

The total cost for this bonus scheme is 100,000 yen multiplied by 5,000, which is 500 million yen or $5 million.  But TEPCO said that it could reduce costs for its operation by 150 billion yen ($1.5 billion) in the last fiscal year, so that these bonus expenses can be easily covered.  In addition, each manager of TEPCO now earns a salary 30% less than what he or she made before March 2011 when the Fukushima Daiichi accident was triggered by great tsunamis.

The average yearly salary of TEPCO's employees was more than 7 million yen ($70,000) before but now about 5.5 million yen  ($55,000), of course, due to a loss of company's profits caused by the debacle of four nuclear reactors of the Fukushima Daiichi power generation plant.

To make sure, before the fatal Fukushima Daiichi disaster, TEPCO was one of elite companies in Japan most of university graduates wanted to work in. 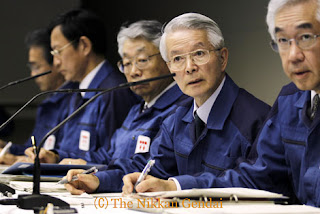 
Moreover, it is true that radioactively contaminated wasted water is still flowing into the sea from the ground of the plant.  Such water reportedly includes radioactive material eight times more than an allowable level.

In this condition, it is apparent that Tokyo must not run for the venue of  the 2020 Olympics.  If Tokyo should be chosen as the host country of the Olympic Games of 2020,  Tokyo Electric Power Company will act as one of major sponsors to turn people's attention from the reality in Fukushima Daiichi.  It is not good at all.  It should be held in Istanbul, instead.

In 2017, Fukushima City might be able to run as a candidate city for the 2024 Olympics.

Joh 7:25 Then said some of them of Jerusalem, Is not this he, whom they seek to kill?
Joh 7:26 But, lo, he speaketh boldly, and they say nothing unto him. Do the rulers know indeed that this is the very Christ?

Posted by EEreporter at 7/26/2013 10:30:00 PM Links to this post
Email ThisBlogThis!Share to TwitterShare to FacebookShare to Pinterest

"for it was founded upon a rock" - August in Japan 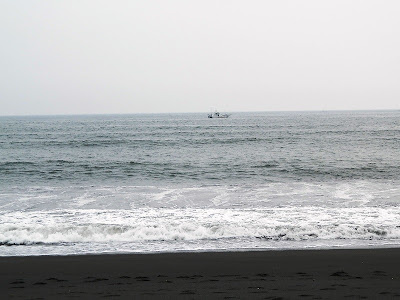 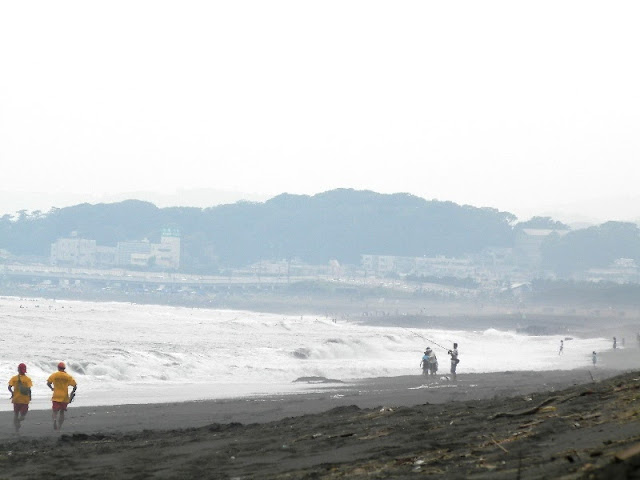 
The summer in Japan is a season for memory of WWII, especially Hiroshima and Nagasaki, and baseball.

Specifically August proceeds with memorial services/ceremonies for Hiroshima/Nagasaki atomic bombing victims, the end of WWII for the Empire of Japan, and the nationwide high-school baseball tournament.

(Nomo, Ichiro, and other Japanese Major Baseball players have all experienced this Koshien series.)

So, August is a big month for the Japanese race, since their Buddhist tradition teaches them that spirits of their ancestors come back to their home on mid-summer days called Bon or politely O-Bon.  Those working in big cities, such as Tokyo and Osaka, are expected to return to their home towns or parents' homes in local cities, towns, and villages.  Most of Japanese companies set a summer vacation period for their employees at the O-Bon days.

However, decades ago, the temperature in Japan in August did not get higher than 35 degrees Celsius so often as it does today.


For sightseers to Japan, however, the summer is a chance to observe abundant paddy fields outside cities all over Japan and confirm that Japan is the Land of Vigorous Rice Plants since ancient days.  Accordingly rice import to Japan is highly restricted to preserve this source of spirit and energy of the Japanese race.  Rice is a kind of sacred food for Japanese, though they consume this staple less and less nowadays with diet westernization being so prevailing.

Mat 7:24 Therefore whosoever heareth these sayings of mine, and doeth them, I will liken him unto a wise man, which built his house upon a rock:
Mat 7:25 And the rain descended, and the floods came, and the winds blew, and beat upon that house; and it fell not: for it was founded upon a rock.
Posted by EEreporter at 7/25/2013 07:43:00 PM Links to this post
Email ThisBlogThis!Share to TwitterShare to FacebookShare to Pinterest 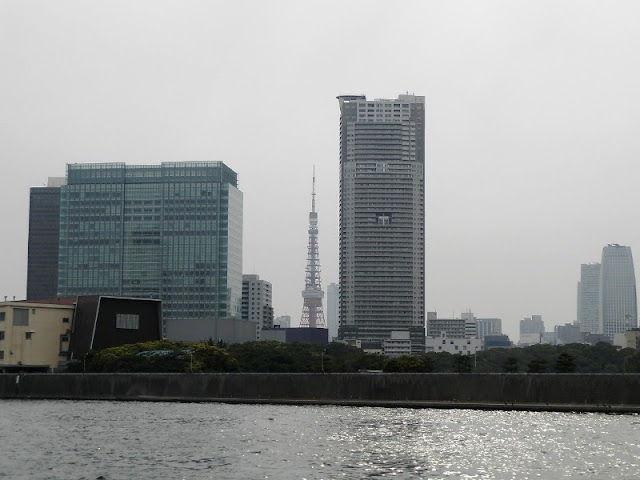 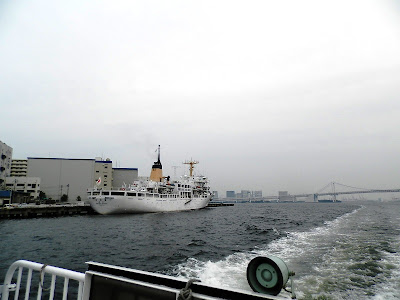 
The Upper House election of Japan, whose voting was on July 21, resulted in overwhelming victory of Prime Minister Mr. Abe and the ruling party LDP.

Now Mr. Shinzo Abe has secured a majority of seats in both the Upper and Lower Houses of the parliament.

The so-called Abenomics is the key to his victory, since the average price of stocks traded in the Tokyo Stock Exchange is now over 14,000 yen while it was about 8,000 yen before Abe's taking over power in last December.  In addition, the too strong yen, one of major causes of deflation in Japan, has been corrected to be 100 yen per US dollar though it was about 85 yen per US dollar before.

On the other hand, the major opposition party DPJ was in power when the 3/11 Tsunami occured in Japan, and then prime minister Mr. Kan was responsible for expansion of the Fukushima Daiichi nuclear accident that ensued from the tsunami.  Mr. Kan, still a Lower-House member, is facing various criticism posed even by other DPJ members, since he supported a candidate in this election who was not authorized by incumbent DPJ leaders.  Mr. Kan has lost confidence both inside and outside the DPJ, a liberal party supported by labor unions.

So, the election result looks reasonable.

Incidentally, Prime Minister Mr. Abe is a very conservative, anti-liberal, and pro-American politician who was also prime minister once between 2006 and 2007.

Nonetheless it is not likely that PM Mr. Abe can succeed in changing the Article 9 of the Japanese Constitution which forbids the government starting war with other country and hence government's building up of full-scale military capability including forces needed in war overseas.

To change any part of the present pacifist Constitution, ruling parties need a two-thirds majority in both the Houses of the National Diet in addition to a majority of support from the people who vote for this issue.


Gen 7:22 All in whose nostrils was the breath of life, of all that was in the dry land, died.
Gen 7:23 And every living substance was destroyed which was upon the face of the ground, both man, and cattle, and the creeping things, and the fowl of the heaven; and they were destroyed from the earth: and Noah only remained alive, and they that were with him in the ark.
Gen 7:24 And the waters prevailed upon the earth an hundred and fifty days.
Posted by EEreporter at 7/23/2013 11:20:00 PM Links to this post
Email ThisBlogThis!Share to TwitterShare to FacebookShare to Pinterest

"Lord, Lord, have we not prophesied in thy name?" 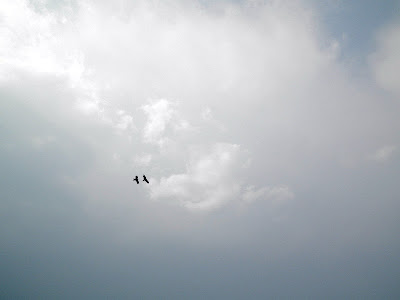 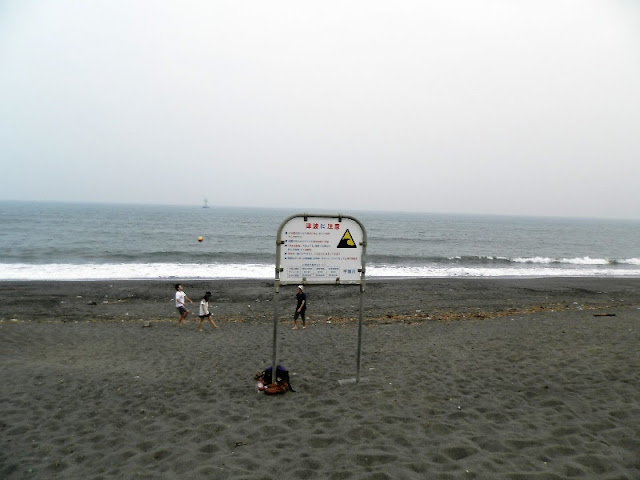 
Mat 7:21 Not every one that saith unto me, Lord, Lord, shall enter into the kingdom of heaven; but he that doeth the will of my Father which is in heaven.
Mat 7:22 Many will say to me in that day, Lord, Lord, have we not prophesied in thy name? and in thy name have cast out devils? and in thy name done many wonderful works?
Mat 7:23 And then will I profess unto them, I never knew you: depart from me, ye that work iniquity.
Posted by EEreporter at 7/22/2013 01:21:00 PM Links to this post
Email ThisBlogThis!Share to TwitterShare to FacebookShare to Pinterest

"I have done one work, and ye all marve" 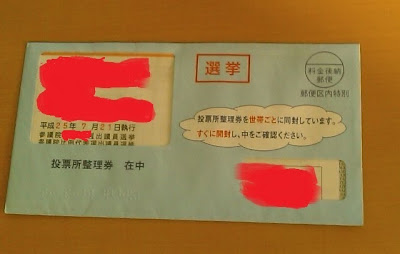 Notice Sent by Mail to a Voter (a Citizen) for Upper House Election of Japan, a Numbered Ticket for Entrance to Voting Place Inside

Joh 7:21 Jesus answered and said unto them, I have done one work, and ye all marvel.

Posted by EEreporter at 7/21/2013 12:11:00 PM Links to this post
Email ThisBlogThis!Share to TwitterShare to FacebookShare to Pinterest
Newer Posts Older Posts Home