"who hath opened his eyes" - Rich Followers of Christ Jesus? 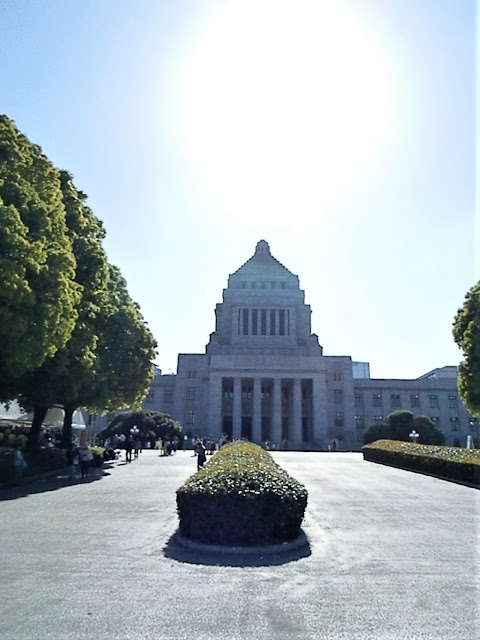 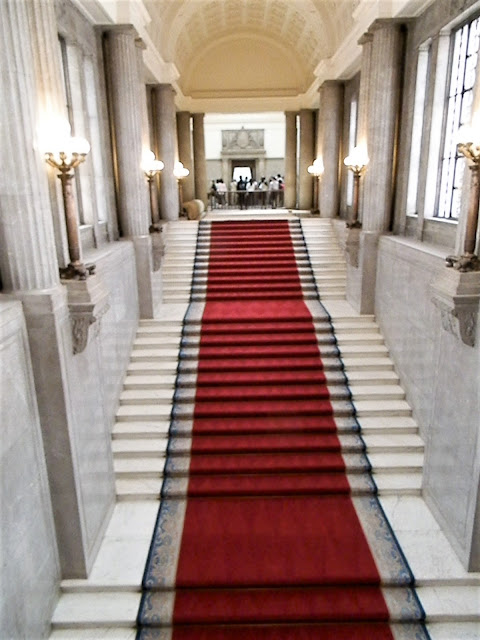 In the National Diet Building, Tokyo

Christ Jesus is apparently against the principle of modern capitalism and commercialism in addition to the rule of money.

In the Middle Ages, the Vatican and other Christian churches respected this attitude of Christ Jesus.  Desire for worldly wealth was somewhat suppressed by churches during the Middle Ages.  So, this era is called the black middle ages by people living in the world under capitalism and commercialism.

However, from the teaching of Christ Jesus, the Middle Ages where money was not so much respected as under capitalism and commercialism were spiritually very bright years where people turned their back to money economy.  But, Christian priests and clergymen started to enjoy their lives, as if they had been tempted by Satan, while most of people were living poor in accordance with the teaching of Christianity.  The elites in the Vatican came to enjoy political power and luxurious lives as if they had been kings or noble people.

So, not only laymen but also some Christian priests like Martin Luther started to revolt against the Vatican and the like.  People wanted to enjoy lives and luxurious lives like Vatican priests.  This tendency was accelerated sine around 1500 when Columbus reached America and Protestantism gained momentum.

However, the US became the leader of capitalism and commercialism, and Protestantism influenced some people so as to pursue capitalism or accumulation of money.   They eventually became more remote to the teaching of Christ Jesus than the Vatican had been.

In these 2000 years, Christ Jesus and Satan fought each other over influence of people.  And today, what rules the world is not the teaching of Christ Jesus but money economy.  Or should we think that only the religion Christianity was defeated by worship of money but Christ Jesus was not?

You can be rich Christians but you cannot be rich followers of Christ Jesus.


Joh 9:21 But by what means he now seeth, we know not; or who hath opened his eyes, we know not: he is of age; ask him: he shall speak for himself.
Joh 9:22 These words spake his parents, because they feared the Jews: for the Jews had agreed already, that if any man did confess that he was Christ, he should be put out of the synagogue.

Posted by EEreporter at 9/21/2017 11:58:00 PM Links to this post
Email ThisBlogThis!Share to TwitterShare to FacebookShare to Pinterest

"touched the hem of his garment" - The Essenes and Jesus 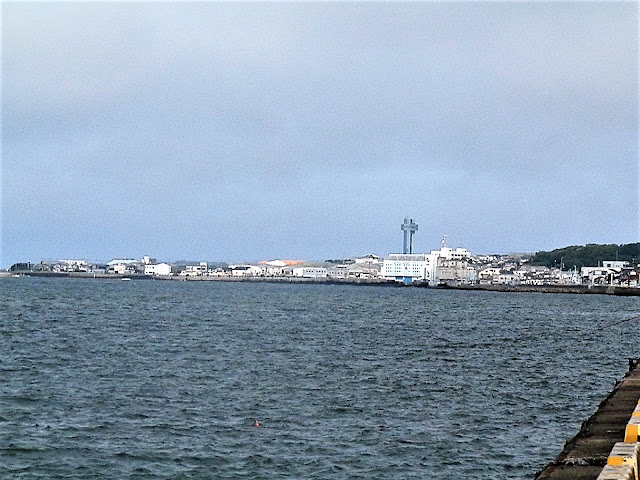 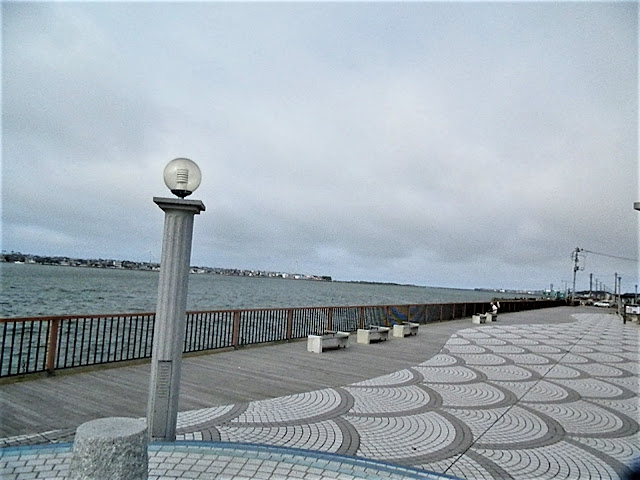 The Tone River Northeast of Tokyo

The Essenes and Jesus

The Vatican never discussed or revealed the teaching of the Essenes.  It established its theology around the 4th century without review of scrolls related to the Essenes found in Qumran in the 20st century.


The Relationship Between Jesus & the Essenes
by Benna Crawford

Evidence for the crossover of ideas exists in the Dead Sea Scrolls, a substantial cache of Essene manuscripts discovered from 1947 to 1956 in caves at Qumrun on the Dead Sea outside Jerusalem. The copied Old Testament scrolls and descriptions of Essene practices and philosophy reflect many of the teachings Christians attribute to Jesus Christ. Jesus' lessons are captured in the testaments of his disciples, some written hundreds of years after his death. But the Dead Sea Scrolls reveal that those concepts were known and practiced well before Jesus was born and present the tantalizing possibility that Jesus may have studied with -- or even lived with -- the Essenes during the years between his early teens and his 30s, when there is no record of his whereabouts or activities.
http://peopleof.oureverydaylife.com/relationship-between-jesus-essenes-2841.html

The Gospels describe the Sadducees and other factions of Judaists, but it never mentioned the Essenes.  It is one of the mysteries in the Gospels.

If there had been special connection between Christ Jesus and the Essenes in Qumran, why should the authors of the Gospels avoid mentioning the relation?


The Teacher of Righteousness of the Scrolls would seem to be a prototype of Jesus, for both spoke of the New Covenant; they preached a similar gospel; each was regarded as a Savior or Redeemer; and each was condemned and put to death by reactionary factions... We do not know whether Jesus was an Essene, but some scholars feel that he was at least influenced by them.

But God seems to like people of today to focus on the Essenes as He allowed for the discovery of the dead sea scrolls after WWII.  It might suggest the theology the Vatican established around the 4th century should be changed.

Anyway Romans and even Jewish people between the 1st and the 4th centuries must have been confused and embarrassed if they had been taught that Christianity was actually from one faction of Judiasm.

Mat 9:20 And, behold, a woman, which was diseased with an issue of blood twelve years, came behind him, and touched the hem of his garment:
Mat 9:21 For she said within herself, If I may but touch his garment, I shall be whole.
Posted by EEreporter at 9/20/2017 11:43:00 PM Links to this post
Email ThisBlogThis!Share to TwitterShare to FacebookShare to Pinterest

"how then doth he now see" - Dosen't God Exist? 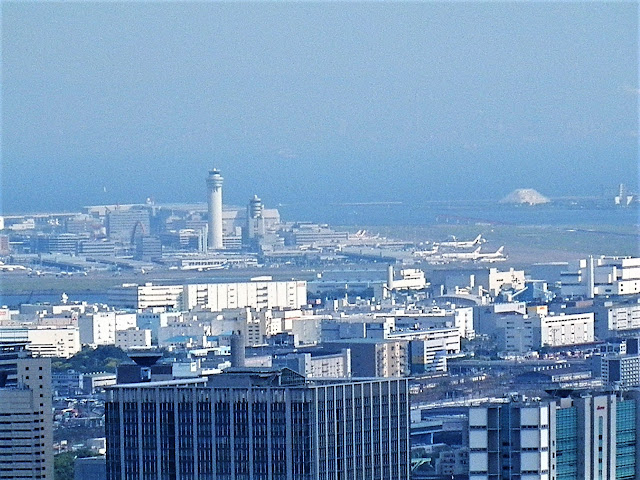 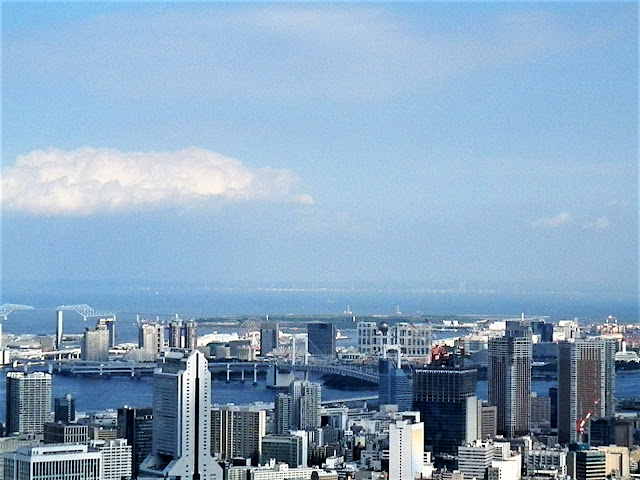 There is one site on the Internet trying to present proof that God exists:

Does God exist? Here are six straightforward reasons to believe that God is really there.

1. The complexity of our planet points to a deliberate Designer who not only created our universe, but sustains it today.

2. The universe had a start - what caused it?

3. The universe operates by uniform laws of nature. Why does it?

5. We know God exists because he pursues us. He is constantly initiating and seeking for us to come to him.

6. Unlike any other revelation of God, Jesus Christ is the clearest, most specific picture of God revealing himself to us.

Put simply, the mankind is not advanced enough to prove that God exists.


Joh 9:19 And they asked them, saying, Is this your son, who ye say was born blind? how then doth he now see?
Joh 9:20 His parents answered them and said, We know that this is our son, and that he was born blind:
Posted by EEreporter at 9/20/2017 12:13:00 AM Links to this post
Email ThisBlogThis!Share to TwitterShare to FacebookShare to Pinterest 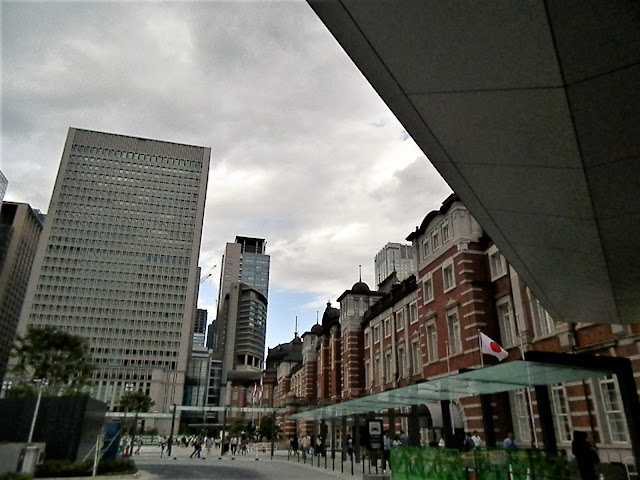 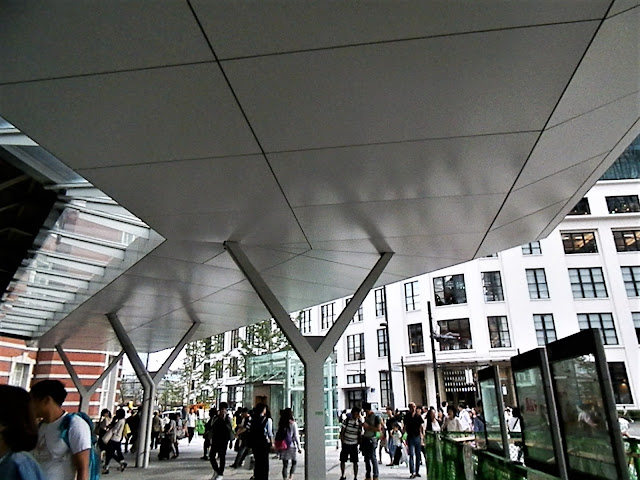 The most important century for the mankind is the first century.

In the first century Christ Jesus was born, started his mission, was crucified and resurrected.  And then, all the documents to be later put in the New Testament were written.  But the Jewish-Roman war erupted, the Temple in Jerusalem was destroyed, and Israelites were dispersed out of Palestine.

This century set the basic framework of the history of the mankind in the next 2000 years where the European civilization based on Christianity/Judaism became the mainstream.

In this period, the Eastern Roman Empire went to ruin; Gutenberg introduced mechanical movable type printing to Europe, causing the Printing Revolution and paving the way for wider diffusion of the Bible; Columbus reached America; the Vatican started to built St. Peter's Basilica; Luther started Protestantism; the Church of England was separated from the Vatican; Copernicus presented the sun-centered theory; and Saint Francis Xavier engaged in the mission to Japan.

This period set the basic conditions for the next 500 years, namely up to today, while putting an end to the effects of the ancient Europe and opening the era of the expansion of the European civilization and Protestantism to America and East Asia (mainly Japan).

However, before the emergence of Christ Jesus, the most important years for the mankind were around 500 BC when the Buddha, Socrates, and Confucius were born; the Old Testament was completed; and Hinduism came to have strong influences in India.

Based on these cultural bases, the mankind started to develop the modern technology and science since the middle of the 19th century with discovery and application of electricity, electronics, nuclear energy, modern chemistry and biology, etc.  The modern material science and technology have been mostly developed and promoted in Europe, America, and Japan.

So, it is time for the mankind to review the past history and spiritual culture before blindly entering a new era with more advanced material civilization.  Otherwise, the mankind might surely loose control of their new ability and power that could destroy the whole human society.

Mat 9:18 While he spake these things unto them, behold, there came a certain ruler, and worshipped him, saying, My daughter is even now dead: but come and lay thy hand upon her, and she shall live.
Mat 9:19 And Jesus arose, and followed him, and so did his disciples.
Posted by EEreporter at 9/18/2017 10:49:00 PM Links to this post
Email ThisBlogThis!Share to TwitterShare to FacebookShare to Pinterest

" my son, which hath a dumb spirit" - Features of the Gospel of Mark 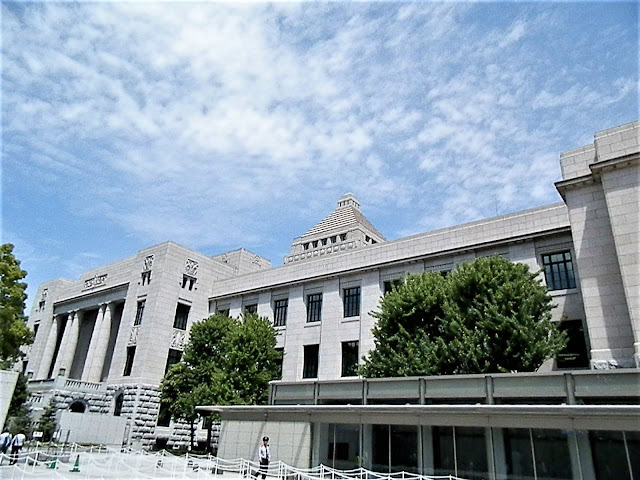 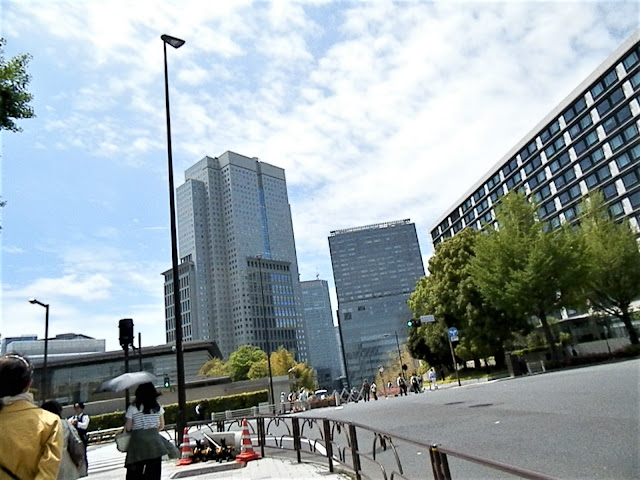 Around the National Diet Building, Tokyo

Features of the Gospel of Mark


The Gospel According to Mark has the following features:

Only place in the New Testament Jesus is referred to as "the son of Mary" (Mark 6:3).

Mark is the only gospel where Jesus himself is called a carpenter (Mark 6:3).

Only place that both names his brothers and mentions his sisters (Mark 6:3).

The longest version of the story of Herodias' daughter's dance and the beheading of John the Baptist (Mark 6:14–29).

Customs that at that time were unique to Jews are explained (hand, produce, and utensil washing).
https://en.wikipedia.org/wiki/Gospel_of_Mark#Comparison_with_other_writings

If any Apostle or Disciple had written this Gospel or an underlying document of this Gospel, the above features should not have been observed.

It was written by someone who could write delicate incidents related to Christ Jesus without a fear of provoking Him, who knew very details of the family members of Christ Jesus, and who had strong affection for John the Baptist.  Accordingly, this Gospel must have been based on a report written by Christ Jesus Himself after the Resurrection.

Or could any Apostle or Disciple who believed that Christ Jesus was God or the Son of God write that He had been a carpenter who had been once said to have gone out of mind?


Mar 9:17 And one of the multitude answered and said, Master, I have brought unto thee my son, which hath a dumb spirit;
Mar 9:18 And wheresoever he taketh him, he teareth him: and he foameth, and gnasheth with his teeth, and pineth away: and I spake to thy disciples that they should cast him out; and they could not.
Mar 9:19 He answereth him, and saith, O faithless generation, how long shall I be with you? how long shall I suffer you? bring him unto me.
Posted by EEreporter at 9/18/2017 12:19:00 AM Links to this post
Email ThisBlogThis!Share to TwitterShare to FacebookShare to Pinterest

"he keepeth not the sabbath day" - Notable Words of Christ Jesus 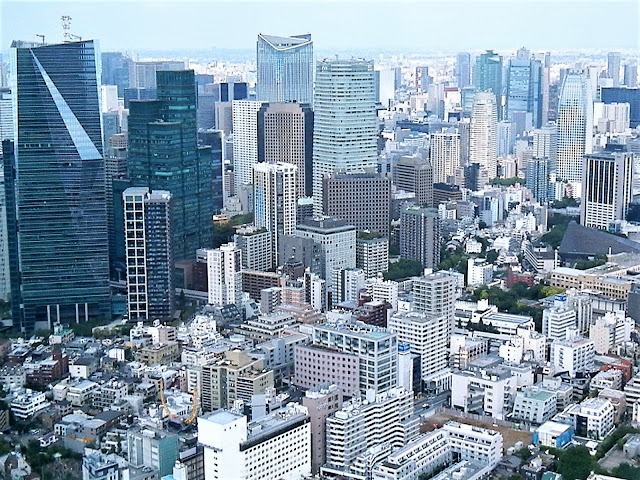 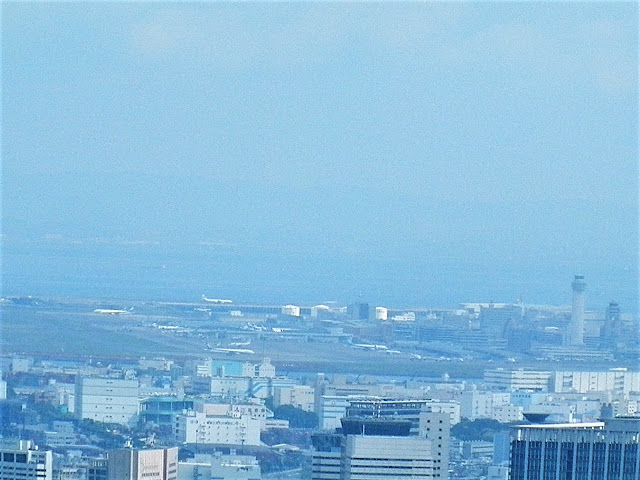 The most impressive words of Christ Jesus is "Love your enemies!"

The most important expression in Christ Jesus' words is "eternal life."

However, the most important message by Christ Jesus is that "there is God and God requests people to obey His commandments, that is, love Him with all the strength and ability of people."

All other Christ Jesus' words and  teachings of Christianity look secondary.


Joh 9:16 Therefore said some of the Pharisees, This man is not of God, because he keepeth not the sabbath day. Others said, How can a man that is a sinner do such miracles? And there was a division among them.
Joh 9:17 They say unto the blind man again, What sayest thou of him, that he hath opened thine eyes? He said, He is a prophet.
Posted by EEreporter at 9/17/2017 12:48:00 AM Links to this post
Email ThisBlogThis!Share to TwitterShare to FacebookShare to Pinterest
Newer Posts Older Posts Home