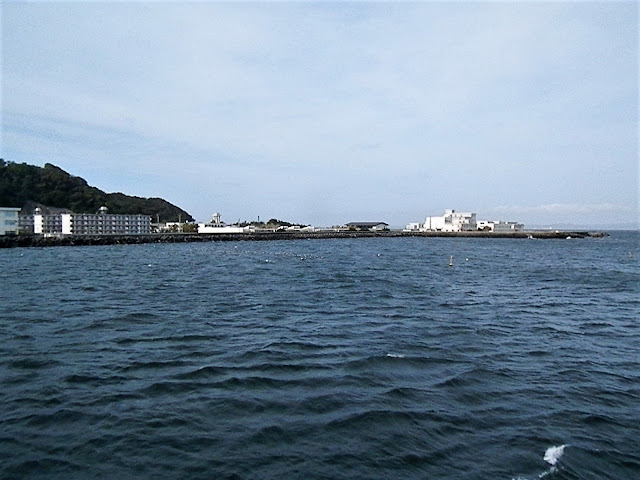 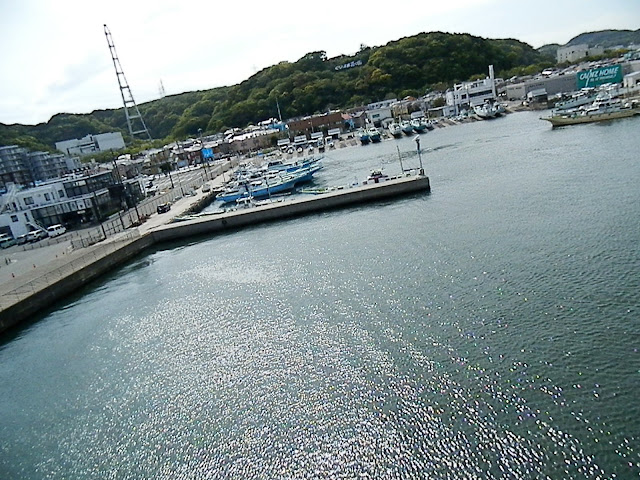 Handling of the Word Jews in the Gospels

There are four Gospels: Mark, Luke, Matthew, and John.  But the former three Gospels are different from the last one John, so accordingly they are called the synoptic gospels.

If an author of a Gospel was a Judaist, he would not use the word Jews when describing people around Christ Jesus or those concerned in scenes in his Gospel, since it is a matter of course that the Gospel tells events in Palestine.

But, when counting the number of the word Jews in each Gospel, it becomes clear that Mark, Luke, and Mathew are very different from John.  Indeed, the results of the search for the word Jews in the Gospels are as follows:

Luke 7:3 And when he heard of Jesus, he sent unto him the elders of the Jews, beseeching him that he would come and heal his servant.
Luke 23:3 And Pilate asked him, saying, Art thou the King of the Jews? And he answered him and said, Thou sayest it.
Luke 23:37 And saying, If thou be the king of the Jews, save thyself.
Luke 23:38 And a superscription also was written over him in letters of Greek, and Latin, and Hebrew, THIS IS THE KING OF THE JEWS.
Luke 23:51 (The same had not consented to the counsel and deed of them;) he was of Arimathaea, a city of the Jews: who also himself waited for the kingdom of God.

Matthew 2:2 Saying, Where is he that is born King of the Jews? for we have seen his star in the east, and are come to worship him.
Matthew 27:11 And Jesus stood before the governor: and the governor asked him, saying, Art thou the King of the Jews? And Jesus said unto him, Thou sayest.
Matthew 27:29 And when they had platted a crown of thorns, they put it upon his head, and a reed in his right hand: and they bowed the knee before him, and mocked him, saying, Hail, King of the Jews!
Matthew 27:37 And set up over his head his accusation written, THIS IS JESUS THE KING OF THE JEWS.
Matthew 28:15 So they took the money, and did as they were taught: and this saying is commonly reported among the Jews until this day.

It suggests indeed that Mark, Luke, and Mathew were written by Jewish authors for readers including Jewish people, but John was written by somebody not Jewish or who tried not to look Jewish for non-Jewish readers.

Especially, the following sentences including the wort Jews in John are controversial:
John 19:7 The Jews answered him, We have a law, and by our law he ought to die, because he made himself the Son of God.
John 19:12 And from thenceforth Pilate sought to release him: but the Jews cried out, saying, If thou let this man go, thou art not Caesar's friend: whosoever maketh himself a king speaketh against Caesar.

These sentences in John made Judaists enemies of Christians in later centuries.  It is also important that John became the source of Christian theology, which was established a few centuries later after the completion of John, that Christ Jesus was God.

Put simply, there are problems in John because it uses the word Jews so often and it became the source of Vatican's theology that Christ Jesus was God.


Mar 9:1 And he said unto them, Verily I say unto you, That there be some of them that stand here, which shall not taste of death, till they have seen the kingdom of God come with power.

Posted by EEreporter at 9/01/2017 11:31:00 PM Links to this post
Email ThisBlogThis!Share to TwitterShare to FacebookShare to Pinterest

"an herd of many swine feeding" - Anger of Christ Jesus 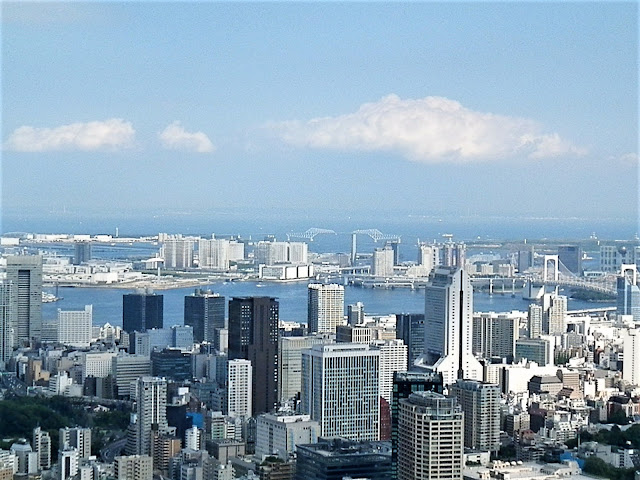 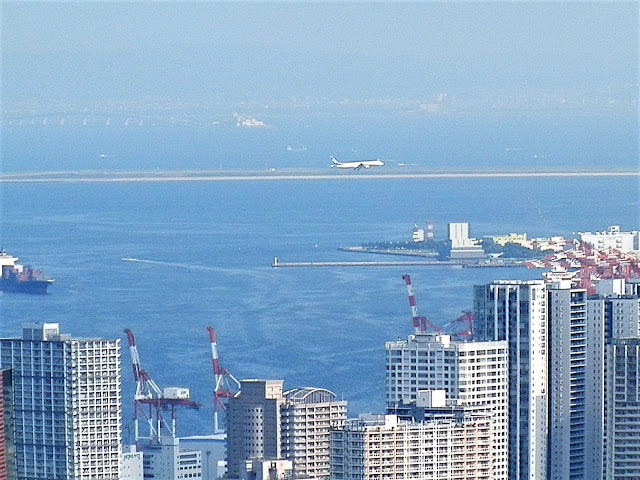 Christ Jesus showed anger in some occasions when a certain handicapped man asked healing from Him.


In Mark 1:41, a leper has approached Jesus seeking to be healed. Most Greek manuscripts (the New Testament was originally written in Greek), as well as later translations, say that Jesus was moved with compassion and healed the man. A few manuscripts, however, say that Jesus’ anger was kindled before he healed him. So did the verse mean to convey Jesus’ anger or his compassion?
...
This now leaves the other Greek manuscript, the fifth-century C.E. Codex Bezae, as the sole Greek witness to the reading expressing Jesus’ “anger.” Much like the cheese in “The Farmer in the Dell,” Codex Bezae stands alone.

But most interesting of all, the Codex Bezae may in fact have the better (i.e., original) reading. As New Testament scholar Bart Ehrman pointed out in a 2005 article in Bible Review, “one factor in favor of the ‘angry’ reading is that it sounds wrong.”**It is much easier to believe that early scribes were troubled by Jesus’ anger and changed it to his feeling compassion, rather than the other way around. Later scribes also would have preferred the easier “compassion” reading and copied it until it became the more popular reading. (As Ehrman explains, there are other passages in the Gospel of Mark that seem to support the reading conveying Jesus’ anger.) Thus does Codex Bezae now stand as a lonely witness to what is very likely the original Greek text of Mark 1:41.

So, in this case, we had better think that Christ Jesus got angry when the leper approached Christ Jesus to ask healing from Him.   And His anger must have been so clear that a certain disciple who observed the incident could find it.  But why did Christ Jesus get angry?

First of all, Christ Jesus said that there were no good persons except God who was only good.  Therefore even some handicapped men or sick men could be controlled by Satan to be evil.

If such an evil handicapped or sick person asked help from Christ Jesus, there must have been ill motivation behind the act.  He or she might approach Christ Jesus with an intention to test Him rather than to be blessed and healed by Him.  In that case, although Christ Jesus could heal the person and actually healed him or her, He had to show His mind that He could see through evil in hi or her mind.  So, Christ Jesus must have looked showing anger to a certain disciple who was observing the incident.

Even evil handicapped or ill persons came to ask help from Jesus, though, with an evil intention to test Christ Jesus.  Accordingly Christ Jesus looked or got angry.

It tells that there is a strong possibility that the original Gospel of Mark was based on an original document written by Christ Jesus Himself.  When Jesus wrote the document, He must have remembered His own anger when He encountered such a handicapped or ill person haunted by Satan.  Accordingly Jesus used the word anger in describing these incidents, while remembering how He felt on those occasions.

Mar 1:40 And there came a leper to him, beseeching him, and kneeling down to him, and saying unto him, If thou wilt, thou canst make me clean.
Mar 1:41 And Jesus, moved with compassion, put forth his hand, and touched him, and saith unto him, I will; be thou clean.
Mar 1:42 And as soon as he had spoken, immediately the leprosy departed from him, and he was cleansed.
Mar 1:43 And he straitly charged him, and forthwith sent him away;
Mar 1:44 And saith unto him, See thou say nothing to any man: but go thy way, shew thyself to the priest, and offer for thy cleansing those things which Moses commanded, for a testimony unto them.

It is very likely a priest with evil spirit tried to test Christ Jesus by using the leper, which Christ Jesus saw through with anger.


Mat 8:30 And there was a good way off from them an herd of many swine feeding.
Mat 8:31 So the devils besought him, saying, If thou cast us out, suffer us to go away into the herd of swine.
Mat 8:32 And he said unto them, Go. And when they were come out, they went into the herd of swine: and, behold, the whole herd of swine ran violently down a steep place into the sea, and perished in the waters.
Posted by EEreporter at 8/31/2017 12:00:00 AM Links to this post
Email ThisBlogThis!Share to TwitterShare to FacebookShare to Pinterest 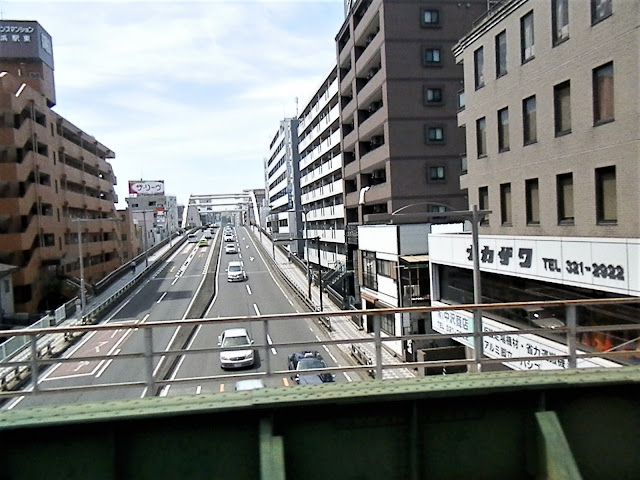 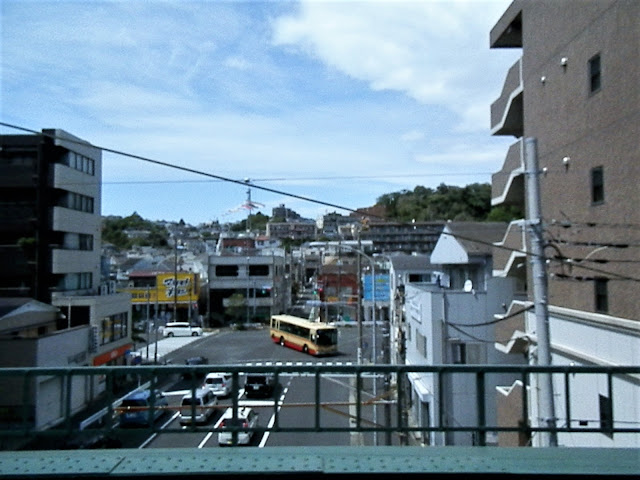 Review on the Success and Failure of the Vatican

The success of the Vatican has been realized by three elements: the simply-expressed but rigorous theology (the Trinity, etc.), the effective liturgy, and the hierarchical rule by the church.

Accordingly, around 600 when this characteristics of the Vatican was fixed after the Roman Empire adopted Christianity for its state religion, the Vatican survived the fall of the Roman Empire, and the Vatican started to pursue territorial power and wield political influence, relying on the simple but rigorous theology, the effective liturgy, and the hierarchical rule by the church, God gave Islam to the Arabs, the people who had been fighting and competing with the Roman Empire.  It tells that God judged that the Vatican failed around 600.

The Vatican should not rely on  the simply-expressed but rigorous theology, the effective liturgy, and the hierarchical rule by the church but allow people and the followers to observe theology, liturgies, and management of the church in a freer manner in their obedience to the words of God and Christ Jesus.

The Vatican has been functioning based on the theology, the liturgies, and the rule formulated by church leaders, namely human beings, for these 2000 years.  It is time to stop it and come back to the words of God and Christ Jesus.  This can apply to all the other church organizations than the Vatican.


Mat 8:28 And when he was come to the other side into the country of the Gergesenes, there met him two possessed with devils, coming out of the tombs, exceeding fierce, so that no man might pass by that way.
Mat 8:29 And, behold, they cried out, saying, What have we to do with thee, Jesus, thou Son of God? art thou come hither to torment us before the time?
Posted by EEreporter at 8/28/2017 11:53:00 PM Links to this post
Email ThisBlogThis!Share to TwitterShare to FacebookShare to Pinterest
Newer Posts Older Posts Home