"I am from above" - Present Status of Fukushima Daiichi 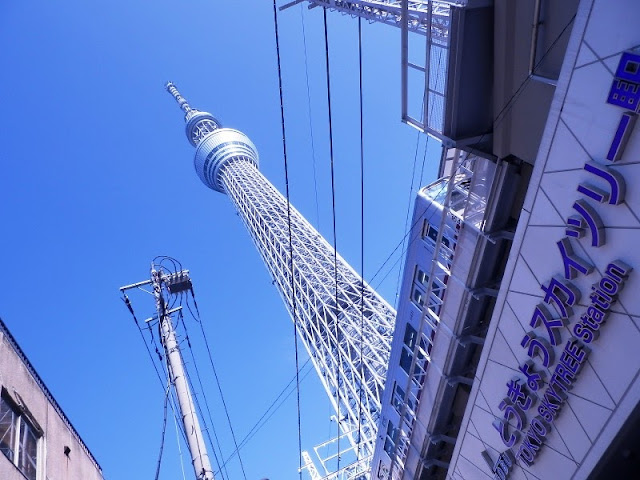 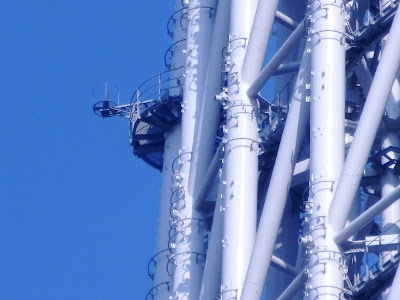 The Tokyo Shimbun newspaper presented a recent aerial view of the Fukushima Daiichi Nuclear Power Plant where hundreds of tanks and containers are installed to contain radioactively contaminated water taken from damaged reactor buildings and pumped up from the underground to prevent its flow into the Pacific Ocean. 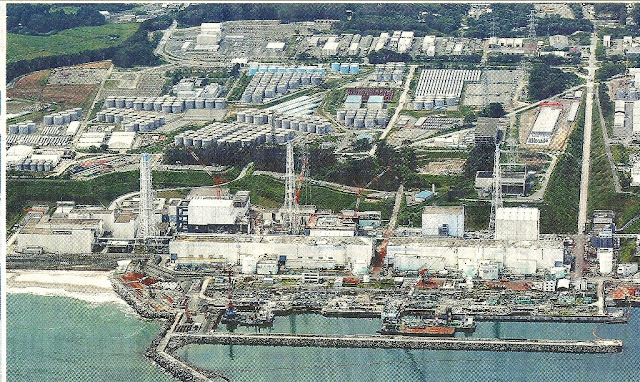 Some square buildings by tall towers beyond two white wall-like long buildings on the harbor are reactor buildings No. 1 to No.4 from the left to the right.

What has made the situation alarming again is leakage of contaminated water from some of tanks. 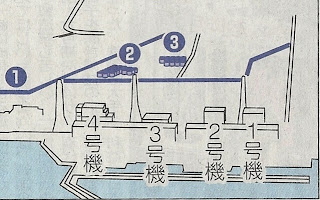 Scematic View of Leakage Locations
(by The Tokyo Shimbun newspaper)

The path marked with (1) is a drainage conduit leading to the sea.  The location marked with (2) is an area where leakage was found on August 19.  The spot (3) is a place with a doubt of new leakage.

How contaminated water in an estimated amount of  300 tons has traveled to the sea from one of 350 controversial tanks built without welding in these months is illustrated below. 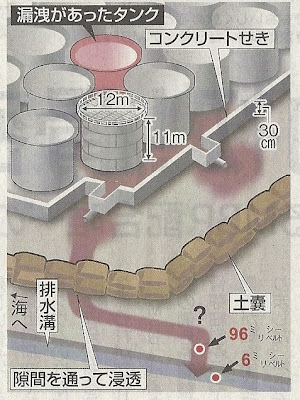 Path of Leakage from a Tank
(The Sankei Shimbun newspaper)

It was August 20 that Japanese newspapers first started to report this leakage of 300 tons.  Tokyo Electric Power Co. (TEPCO) did not strictly monitor leaking situations of those tanks.  So, leaking must be continuing for months.

TEPCO itself admits that the harbor annexed to the Fukushima Daiichi plant is now estimated to include maximum 10 trillion becquerels of strontium and 30 trillion Bq of cesium 137.  For example, the regulatory standard value for a dosage of the soil is 5000 Bq/kg in Japan.

Once this plant produced electricity mainly for the Tokyo area but now it is outputting radioactive water to the environment.


(It is apparent that it is dangerous for Tokyo to win a right to hold Olympics in 2020 under this radioactive condition in Fukushima Daiichi just 220 km [140 miles] northeast of Tokyo.)

Joh 8:22 Then said the Jews, Will he kill himself? because he saith, Whither I go, ye cannot come.
Joh 8:23 And he said unto them, Ye are from beneath; I am from above: ye are of this world; I am not of this world.

Posted by EEreporter at 8/23/2013 12:54:00 PM Links to this post
Email ThisBlogThis!Share to TwitterShare to FacebookShare to Pinterest

"day and night shall not cease" - Virtual Water Import 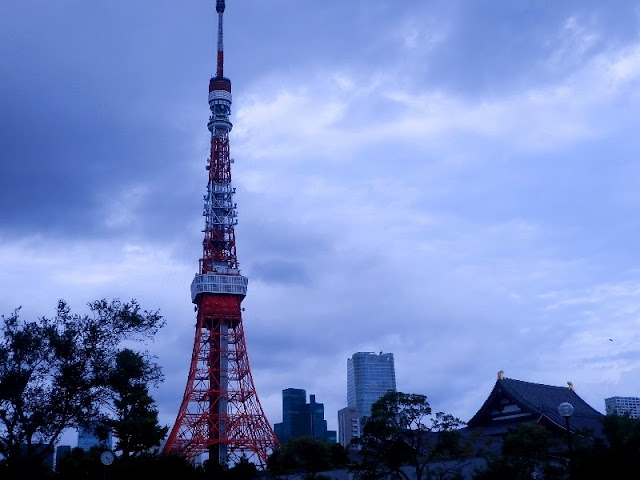 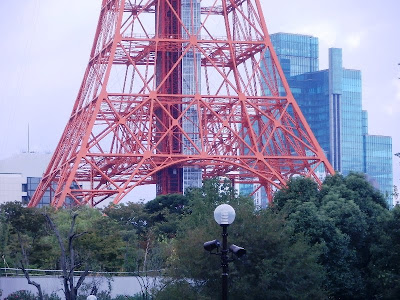 If a nation imports these agricultural products from other countries, it is virtually importing water contained in those products.

According to this calculation, Japan imports about 64 billion cubic meters (2 trillion 260 billion cubic feet) of water. When subtracting water included in products Japan exports from this imported water, we can get a net amount of imported water.  And, it was found that Japan is the largest net water importer in the world, since 120 million Japanese need foods grown in foreign countries due to higher prices of Japanese farm products.

The order of nations in terms of a net amount of imported water:


But from what countries how much water is Japan importing?


As Japan has its inherent water resources in use of 90 billion  cubic meters, Japanese people consume total 150 billion cubic meters of water.  It means that Japan relies on foreign water in a ratio of 40% of all the consumed water within Japan.

This situation also implies that Japan is the most vulnerable country in the world against climate changes which might cause droughts and dry weather on the earth, especially in North America, Australia, South America, China, and even Europe.


Anyway there are great virtual corridors of water from various regions in the world to Japan.  Japan might be the lowest place on the earth.  Every drop of water falling in the world gets together in Japan.  And something more than water might do.


Gen 8:20 And Noah builded an altar unto the LORD; and took of every clean beast, and of every clean fowl, and offered burnt offerings on the altar.
Gen 8:21 And the LORD smelled a sweet savour; and the LORD said in his heart, I will not again curse the ground any more for man's sake; for the imagination of man's heart is evil from his youth; neither will I again smite any more every thing living, as I have done.
Gen 8:22 While the earth remaineth, seedtime and harvest, and cold and heat, and summer and winter, and day and night shall not cease.

Posted by EEreporter at 8/22/2013 07:52:00 PM Links to this post
Email ThisBlogThis!Share to TwitterShare to FacebookShare to Pinterest 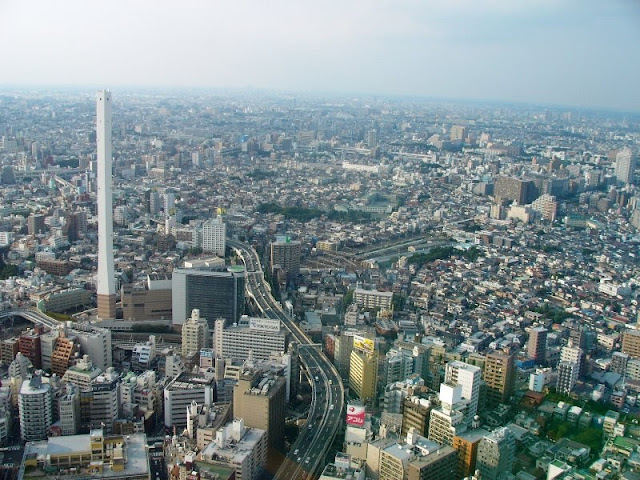 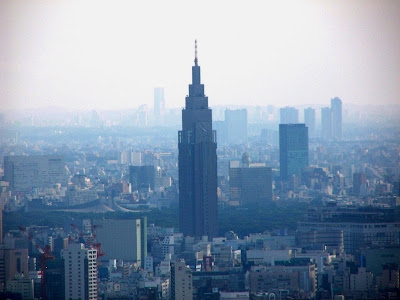 They use 350 of big barrel tanks to contain contaminated water in the Fukushima Daiichi nuclear plant.

It has a diameter of 12 meters (37 feet) and a height of 11 meters.  But this metal tank consists of four cylindrical parts, each of which is connected to others through rubber packing and bolts but not by welding.

And recently it was found that one of them is clearly leaking radioactively contaminated water.  At a small water pool (6 meter wide x 0.5 meter length x 1 cm deep) by the tank, a dosage is so strong that a worker can stay there only for half an hour so as to avoid receiving doses more than an allowable level per year.  If he stays near the pool for 30 minutes, he would receive an amount of radiation to which he is legally allowed to be exposed during one-year work.   Specifically the level is 80 million becquerels per liter.

Previously TEPCO, the operator of the Fukushima Daiichi plant, found three minor leaking cases, but this time it clearly shows a radiation leak which is probably contaminating the sea off the plant. 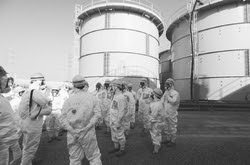 The lesson might be: "Don't use tanks not welded in a nuclear power plant!"


Mat 8:21 And another of his disciples said unto him, Lord, suffer me first to go and bury my father.
Mat 8:22 But Jesus said unto him, Follow me; and let the dead bury their dead.
Posted by EEreporter at 8/21/2013 07:25:00 PM Links to this post
Email ThisBlogThis!Share to TwitterShare to FacebookShare to Pinterest

"the seven among four thousand" - Korea before 1945 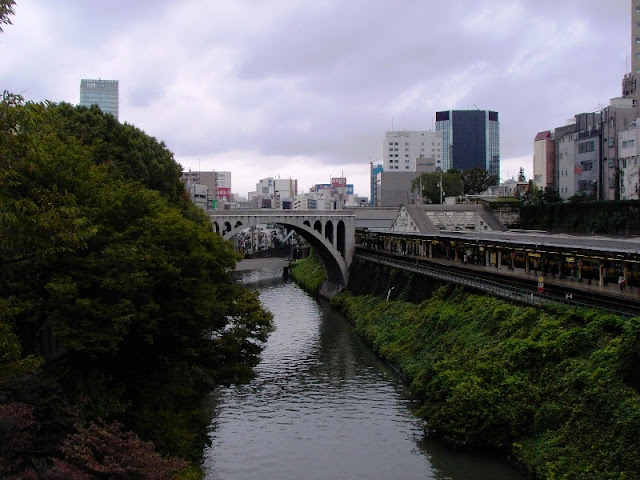 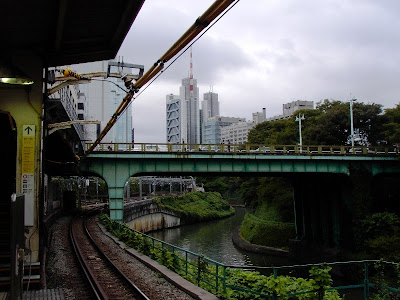 In 1910 both the emperors of Japan and Korea finally agreed to merge the two empires into the Empire of Japan, mostly in a peaceful manner.

However in March 1919 Korean students first and then Korean commons started violent protest to the rule of the Korean Peninsula by the Imperial Government of Japan.  Those rebels were armed with weapons, attacking village offices, loan association offices, and the likes.  According to an estimate, some two million Koreans joined this violent movement.  So the Japanese Governor-General of Korea mobilized not only the police and military policemen but also regular troops of the Imperial Army of Japan to subdue and control these Korean insurgents in less than two months by May.  In this crush some Koreans were victimized cruelly by Japanese soldiers.  In one case 29 Koreans were killed in a Christian church where these victims were pushed in.

Learning lessons from this incident, Tokyo started to take soft measures in its ruling of Korea.

From the beginning, different from colonial policies taken by major European countries in Africa and Asia, the Empire of Japan put Korea under its power and authority in order to prepare for a possible war against the Empire of Russia.  Tokyo had to modernize Korea enough so that Koreans would not be subject to the Chinese dynasty called Qing, a suzerain of Korea for centuries, and the Russian Empire.  It was not to economically exploit Korea and Koreans, like major European colonial rulers, that the Empire of Japan started to directly govern the Korean Peninsula.  In fact, Tokyo gave more than it took from Korea.

Accordingly the Empire of Japan made full efforts to reform the Korean landholding regime, introduce mass-production of agriculture products and improve rice farming in the Korean Peninsula, build modern education systems in Korea, etc.  For example, the literacy rate among Koreans was only 6% before Japan's annexation of the Korean Peninsula, but it jumped up to 22% 30 years after the annexation.

Tokyo also stopped assigning an active-duty general of the Imperial Army/Navy of Japan to the Governor-General of Korea.  The Imperial Government of Japan lifted restrictions on speech and press in Korea.  Freedom of association was also introduced into the Korean society.  Japanese also built railroads in Korea, covering a total extension of 5,000 km.  Japan also builｔ
its sixth Imperial University in Seoul, Korea, which was called the Keijyo Imperial University.

As the Empire of Japan wanted Koreans to become regular citizens of the Empire eventually, political leaders in Tokyo took various measures to modernize the Korean society through introduction of modern industrial systems, social systems, and educational systems into the Korean Peninsula.

Finally, though no violent insurgency occurred after the 1919 failed uprising, Koreans opted to separate from Japan after the end of WWII, since the Empire of Japan collapsed after it surrendered to the United States in 1945.

In summary, it will be no wonder if Koreans today showed their great appreciation to Japan even in a complicated or subtle manner due to their unfulfilled pride as a people whose history is as long as that of the Japanese.


So, the historical fact is that Koreans needed rule by the Empire of Japan for its modernization, good or bad, before 1945. 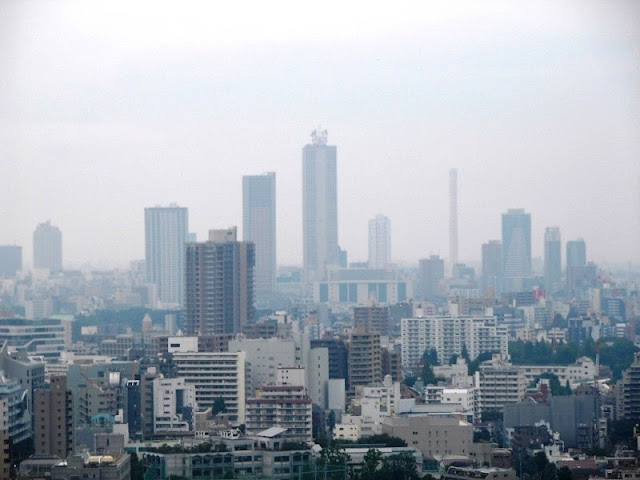 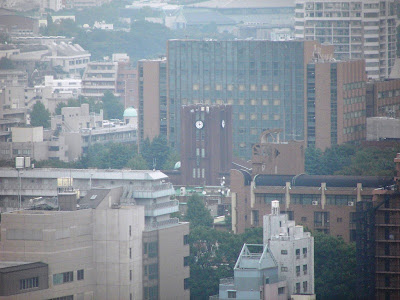 
A Japanese professor is recommending use of sweet potatoes for generation of electricity.

According to his calculation, it is possible to replace uranium fuel and fossil fuel for providing electricity for Japan with sweet potatoes to be grown in Japan.

Professor of Kinki University Takahiro Suzuki estimates that 20 kg of sweet potatoes can become fuel to generate 10 kWh of power which is equivalent to an mount of electricity consumed by an ordinary household per day.  He also emphasizes that sweet potatoes can be produced at lower costs and in a larger quantity than other plants for fuels such as corns and algae.

Fortunately there are 400,000 hectares of rice fields which are currently not used for rice production due to a Japanese Government policy of cutting rice acreage.  If we cultivate sweet potatoes in these idle farmlands, we can harvest 1.8 billion tons of sweet potatoes that can cover the above specified 1.74 billion tons.

As Japan spends $200 billion to import crude oil and other forms of fossil fuels, sweet potatoes can greatly improve the balance of trade of Japan. 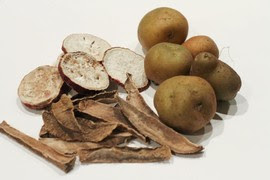 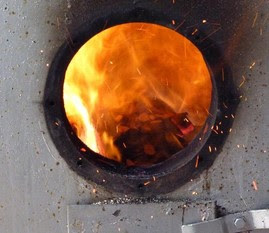 
Of course this method of using sweet potatoes for power generation can apply to any countries that want to reduce an mount of CO2 emission.


Act 8:18 And when Simon saw that through laying on of the apostles' hands the Holy Ghost was given, he offered them money,
Act 8:19 Saying, Give me also this power, that on whomsoever I lay hands, he may receive the Holy Ghost.
Act 8:20 But Peter said unto him, Thy money perish with thee, because thou hast thought that the gift of God may be purchased with money.
Posted by EEreporter at 8/19/2013 10:03:00 AM Links to this post
Email ThisBlogThis!Share to TwitterShare to FacebookShare to Pinterest
Newer Posts Older Posts Home