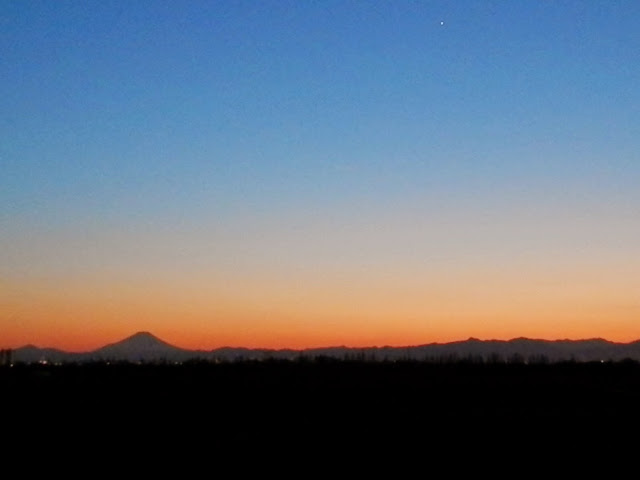 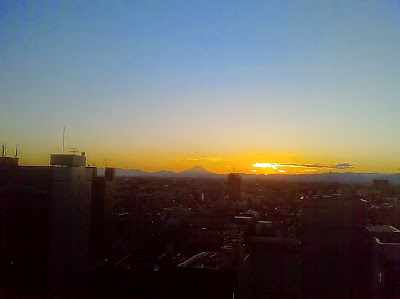 
A retired general of the Japanese Self-Defense Force, Mr. Genkawa,  was 12 years old or so when WWII ended or the Empire of Japan surrendered to the US on August 15, 1945.

At the time, Genkawa's family happened live in a city of Manchuria, north east China, that had been under control of the Imperial military (till the Soviet Army started to invade Manchuria several days before August 15), though formally Mnchuko was an independent country.  As the boy's father was an Imperial Army officer, he had to travel to another city for post-war procedures to control Imperial troops.  So, he instructed his son to go to a certain town where his friend lived.

However,  a turmoil after the war was so bad.  The friend of his father also faced a difficult situation as Chinese, Manchus, Koreans, and Russians started to attack Japanese civilians now getting ready to go back to mainland Japan.  Young Genkawa had to leave the family of his father's friend to live and work in a restaurant run by a Korean.

The young boy Genkawa worked hard in the restaurant while being treated badly by the Korean master and observing violent acts of invading Soviet soldiers.  Finally he decided to run out of the restaurant to see his father.  The poor Japanese boy alone in Manchuria immediately after WWII got on a train secretly as the railroad line led to an area where his father must have been with ex-Imperial troops.  But he was captured by Chinese communist soldiers in the train.

Despite his fear, the boy was helped by a certain officer of a Chinese communist troop.  The officer had pity for him.  The officer treated boy Genkawa kindly to protect him.  And since it was impossible for the boy to find and meet his father in the post-war turmoil in Manchuria with full of Chinese and Soviet soldiers, the officer sent him to an organization of Japanese citizens waiting for a chance to return to Japan.

But, unluckily to Genkawa, the organization could not feed him eventually as almost all the assets of the Japanese citizens had been stolen or forcibly taken away by Chinese, Manchus, Koreans, and invading Soviet troops.  Genkawa had to live on a farm run by a Chinese family.  It was a cruel life for the 12-year old boy.  He was used by the host family like a slave.  He was desperate.

Then again, the Chinese officer, who had helped Genkawa in the train, happened to know the plight of the boy.  The officer invited him to work in his troop unit.  So, Genkawa started to work as a kind of attendant of the unit.  Chinese soldiers were satisfied with Genkawa's work.  They liked the Japanese boy.

In August 1946, Genkawa heard news that the Japanese-citizen organization he had once sought help from was to finally leave Manchuria by train and ship.  Genkawa wanted to join them, so that he asked his dismissal from the Chinese military unit.  But Chinese soldiers now so familiar with the boy strongly requested him to stay.  Yet, the Chinese officer finally persuaded other soldiers to allow Genkawa to return to Japan.

Genkawa could return to his hometown in Japan in September 1946.  Then one month later, his parents could also very luckily came back to their old house in Japan.  The family was reunited.

Nonetheless, life in Japan after WWII was so severe.  Genkawa's family became so poor that he could not go up to university due to a lack of a source for school expenses.  But he found that the newly built National Defense Academy didn't collect tuition fees but paid a salary to students who were regraded as a kind of public officers.  So, young man Genkawa became a member of the inaugural class of Japan's National Defense Academy.

Now 81-year-old Genkawa looked back on his past life as an officer of the Japanese Self-Defense Force.  He had sometimes a stark difference in opinion with some senior officers who were ex-Imperial Japanese Army officers.


He also thinks that the military of the Empire of Japan was for the Emperor but the Self-Defense Force is the military of the people.  Based on his experiences in Manchuria immediately after WWII, ex-General Genkawa stresses that Japan should not launch or be involved in war.  He is cautiously watching how the Japan-US Security Treaty is managed and put into actual operation.


Anyway, it is a lesson of profound significance that the largest benefactor of a Japanese Self-Defense Force general, one of graduates from Japan's National Defense Academy as  a member of the inaugural class, was a Chinese communist army officer he happened to meet in Manchuria in the dangerous summer of 1945. 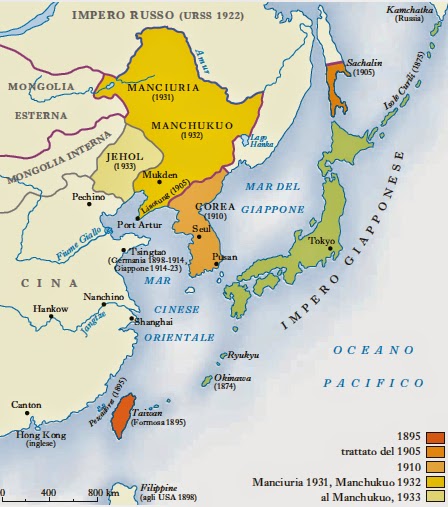 
Posted by EEreporter at 5/22/2015 11:32:00 PM Links to this post
Email ThisBlogThis!Share to TwitterShare to FacebookShare to Pinterest 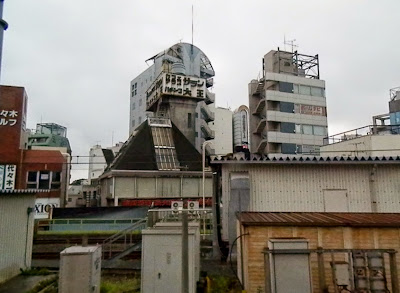 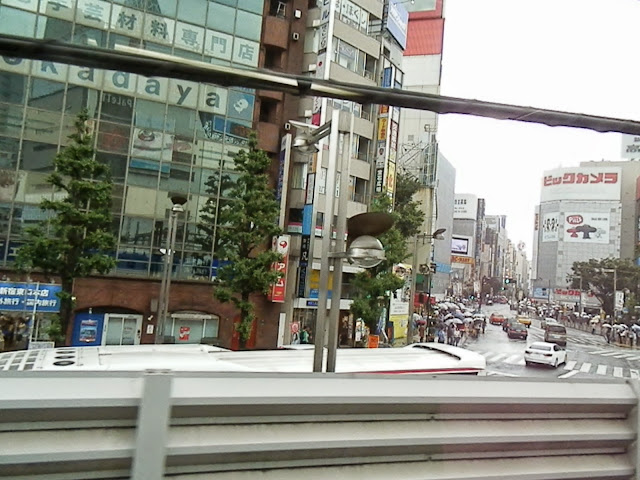 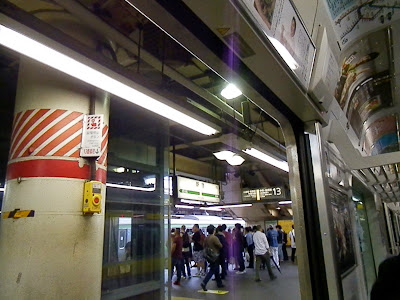 
From Napoleon to a Homeless Person in Japan


Some issues drawing my attention:

1) Tolstoy wrote the famous novel War and Peace where he depicted Napoleon as an arrogant, snobbish, and mysteriously lucky (till his invasion of Moscow) guy.  Tolstoy claimed in the novel that it is movement and sentiments of a multitude of ordinary people but not the so-called heroes or great leaders that decide the course of history.

But did Hitler read this novel in a German version?  At least some around Hitler must have read it.  Nazis got big support from the German people, so that they probably thought that their invasion of the USSR could be supported so zealously by the German people.

Though Tolstoy did not clearly state, the general trend of the human history following the will of God must have had a decisive influence on any big wars.  In 1812 Napoleon was destined to be defeated, and in 1941 Hitler was destined to be defeated.  The history denied rule by Napoleon and Hitler.  And, we know today that it was fair, since we needed democracy by peoples more than Napoleon and equality among peoples, including Judaists, more than Hitler.

2) Carl Philipp Gottlieb von Clausewitz, the author of On War, was on the Russian side when Napoleon invaded Russia.  He worked as an officer in the Russian Army in the war, though he was German.   Based on his experience of Russia's war against Napoleon, Clausewitz thought that advancing troops would get more vulnerable as they invaded an enemy's territory deeper and deeper.  Did German generals read On War before WWII and before launching a war against the Soviet Union?

3) A European (French?) woman who had studied philosophy and communicated in person with some notable authors and philosophers in Europe decades ago wrote: One day when she was travelling by train, she was watching forests out of the window.  And then suddenly she realized that woods existed there for God.  Above any natural and human reasons, they existed for God.

4) The house of Rothchild in Paris secretly donated money to the movement of Judaists to move to, and stay on the permanent basis in, Palestine and Jerusalem before WWI.  Money from rich European and American Judaists helped and supported Zionism movement, but due to changes in situations in Europe and the US, this trend did not expand enough to establish a kind of shelters in Palestine for Judaists in Europe before WWII.

Does God today want Judaists to continue to stay in Palestine on the permanent basis?

5) Money is the largest criterion of value for some people.  Money can be the biggest motive for their behaviors, activities, and planning for most of people.  Money never loses its power and value in the human society.  However, money makes people more foolish.  Without big money, people can enjoy some spiritual pleasure.  But the more their minds stick to money, the less they can enjoy spiritual pleasure.  Conversely, the more a man has money, the more he finds pleasure in evil matters.

Today I was looking for a certain comic book (created by a Japanese manga artist for Japanese readers).  It is not for children.  This comic series depicts how a young worker in a consumer credit business grows.  The volume I was looking for was the last one of this series.  I went to a  big  used book shop around Tokyo.  I found it.  In one of many and layered shelves of the shop, the whole volumes of the series were present.  And there were two last volume books, while only one book for each of other volumes.  I got one, since I thought some angel had prepared one for me.  It was a sign that this volume had some holy meaning to me.
At the end of the story of the comic book, bad guys are punished and good guys (relatively) are paid off with some additional huge profit.  The key to accomplishment of this result is just a little kindness of the hero, a worker in a consumer credit business, to a poor old man who was thrown out of a Japanese style of pub by his false friend and a stupid pub keeper and later was forced to live under a bridge as a homeless person, though he kept many specialized law books in a hut built on the river bed since he was still an officially qualified specialist in a certain field of law.

A lesson?  Respect homeless people, since some of them might be officially qualified specialists in a certain field of law.


Mar 5:21 And when Jesus was passed over again by ship unto the other side, much people gathered unto him: and he was nigh unto the sea.
Posted by EEreporter at 5/21/2015 10:21:00 PM Links to this post
Email ThisBlogThis!Share to TwitterShare to FacebookShare to Pinterest

"great in the kingdom of heaven" - Christ Jesus talking through a smartphone? 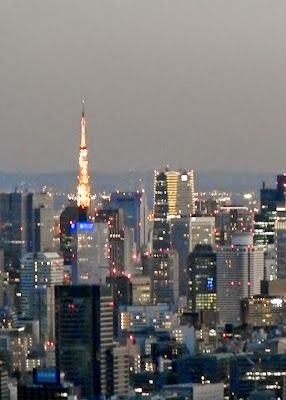 Christ Jesus talking through a smartphone?


Nepal is still suffering the aftermath of the big earthquake.

Thousands of Muslims are being expelled from Myanmar and drifting in the sea off Malaysian coats.  ISIS has taken Ramadi by force while coming closer to Palmyra.  Saudi Arabia is continuing attacks on Yemen.  Immigrants are trying to reach Italy from Libya over the dangerous Mediterranean sea.

In the US, a train derailed between New York and Washington DC; an Osprey crashed in Hawaii; and bike gang members killed one another in Texas.

All I can say is that all the happy people in the world are responsible.  If we are informed of those tragedies, we have to do something to help those unhappy and unlucky people involved in those incidents.  Advanced technologies must be used to help poor and suffering people.

In principle, we have to use our advanced technology to help one another before using it for making money.

Even the poorest man in the world must enjoy the benefit of the most advanced technologies, including those in the medial field, as much as the richest man is now enjoying them.  As mankind we have to share this benefit equally regardless of differences in the amounts of personal assets.

However technologies developed for economic profit serve those who have economic power to purchase them.  Such technologies are just other forms of money; thus they are enemies of God.

We should not trust modern technologies having been developed for corporate or individual profits.  Accordingly, the less you use smartphones, the more you are blessed.

Can you imagine Christ Jesus talking through a smartphone?


And remember that modern technologies are mostly other forms of money that is an enemy of God and believers.


Mat 5:19 Whosoever therefore shall break one of these least commandments, and shall teach men so, he shall be called the least in the kingdom of heaven: but whosoever shall do and teach them, the same shall be called great in the kingdom of heaven.
Posted by EEreporter at 5/20/2015 12:27:00 AM Links to this post
Email ThisBlogThis!Share to TwitterShare to FacebookShare to Pinterest
Newer Posts Older Posts Home