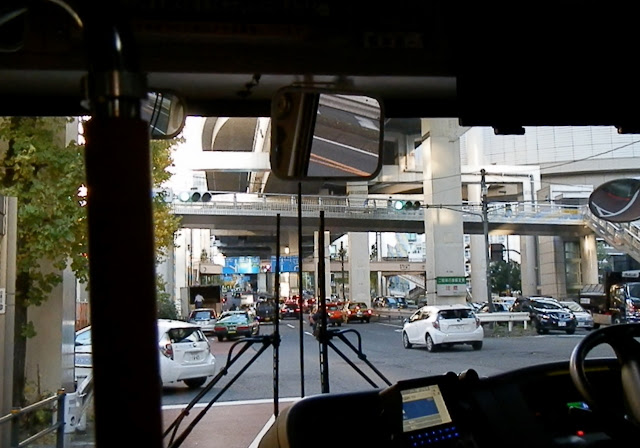 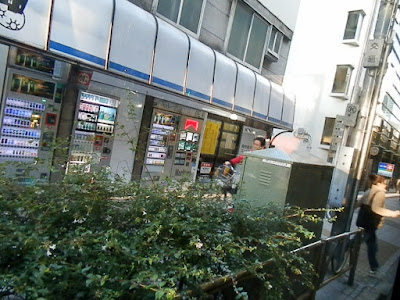 Globalization of Economy with Global Warming/Terror


The  globalization of economy does not regard differences in culture, traditions, history, and religions of different nations as important.

It has spread even to Russia, China, India, and the Islamic nations.  Power of money really covers all over the world.  Wealth produced by business activities connected worldwide is appreciated all over the world.  Indeed, it was expected that the world would turn to one commercial market.  And in the global market, the Anglo-Saxon way of business would prevail, many experts predicted.

However, it looks unlikely that all the nations in the world will be aligned along this global commercialism in order.

First of all, though rich men in the world will share the common view on benefits of the globalization of economy, poor men will not.  And, without poor men, there are no bases for rich men.  This globalization of economy is not intended to make all the people rich.  It rather widens the gap between the rich and the poor in any countries.  For each government to control a nation, it has to respond to demands of its majority, namely poor voters.  And, conditions where poor people are living are different among nations.  So, all the governments cannot take the same policy and stance.  In any countries, some poor people try to be rich or protect their interest by following nationalism.  Accordingly, the globalization of economy does not accelerate unification of all the nations in the world.

The global warming issue is related to this globalization of economy.  Due to globalization of economy, China, India, and the like have seen their industrialization being promoted rapidly.  Rich people in these countries would rather accept lowering economic activities to reduce CO2 emission.  But poor people in these countries, who have political influence, need more economic activities to sustain their living standards.  So, there cannot be a concerted effort by all the nations to cope with the global warming.

The global terror is also related to this globalization of economy.  Muslims who cannot join this mainstream of the global economy would rather find a way of realizing their prosperity by controlling isolated regions by weapons.  Muslims that do not belong to Islamic governments accepted by the West have no way to be rich.  They cannot be part of the global network of globalized economy.  The only way for them to be rich is to control war-torn regions with violence.  In deed, no IS terror can prevail in Dubai, Qatar, Saudi Arabia, and other Islamic nations that are well linked to the globalized economy network.

So, the globalization of economy that has been accelerated along with development of computers, the Internet, and information technologies since 1990s looks like resulting in more problems than peace in the world.  It is because the globalization of economy is not intended to make all the people in the world rich but make rich people in each country richer.

As long as this globalization of economy continues, we cannot get rid of global problems such as global warming and global terror.

Mar 12:12 And they sought to lay hold on him, but feared the people: for they knew that he had spoken the parable against them: and they left him, and went their way.
Mar 12:13 And they send unto him certain of the Pharisees and of the Herodians, to catch him in his words.

Posted by EEreporter at 12/12/2015 05:54:00 PM Links to this post
Email ThisBlogThis!Share to TwitterShare to FacebookShare to Pinterest 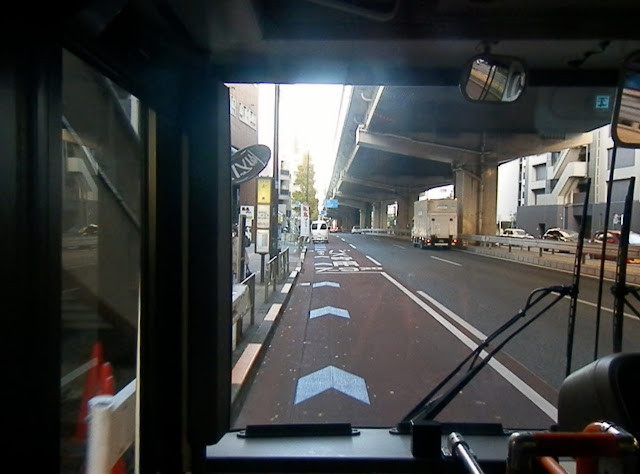 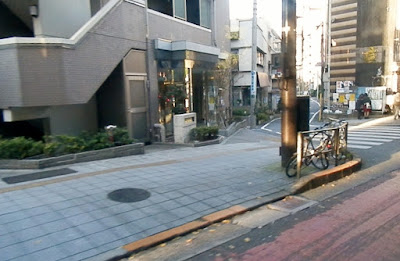 
The concept of God is so overwhelming.  But money is also a  big concern for everybody.

There are two things that appeal to any man in the world: God and money.  If he is a European, an African, an Asian, or a native American, he can understand what God and money mean.

To earn money, people use their brains.  Or to take money from others or the general public, people exercise wisdom.  As a consequence, new products and services are invented.  Science and technology are developed.  Industries are operated.  But all these human activities are measure by the amount of money, since the human society is built around money that makes people satisfy their desire.

But, the society can be built on the faith in God.  Every human activity, including manufacturing and selling goods or offering services can be centered around God.  Put extremely, economic activities can be all made no to satisfy human desire but to promote faith in God.

Money will not be used in the society that is directed to God.  The economy can be controlled according to the teaching of God.  There will be no rich men and thus no poor men.  Science and technology will be developed to realize the Kingdom of God but not to satisfy human desire.

In this context, the Western Civilization is oriented to money but not to God.  So, there is no wonder that some Muslims hate the European culture, though it does not mean that they are true followers of God.

Anyway, in the future, there will be time when mankind stop using money.  But, it might not necessarily mean that mankind will start to use a symbol of faith in God in lieu of money.  Something worse than money might be used.

There are many scenes in the Bible where money is depicted.  Christ Jesus lived and acted in the society where money had been already circulated.  One of reasons for God to have sent Christ Jesus to this world must have been to stop the power of money, since even Judas Iscariot was paid silver coins.


Luk 12:8 Also I say unto you, Whosoever shall confess me before men, him shall the Son of man also confess before the angels of God:
Luk 12:9 But he that denieth me before men shall be denied before the angels of God.
Luk 12:10 And whosoever shall speak a word against the Son of man, it shall be forgiven him: but unto him that blasphemeth against the Holy Ghost it shall not be forgiven.
Posted by EEreporter at 12/09/2015 11:49:00 PM Links to this post
Email ThisBlogThis!Share to TwitterShare to FacebookShare to Pinterest 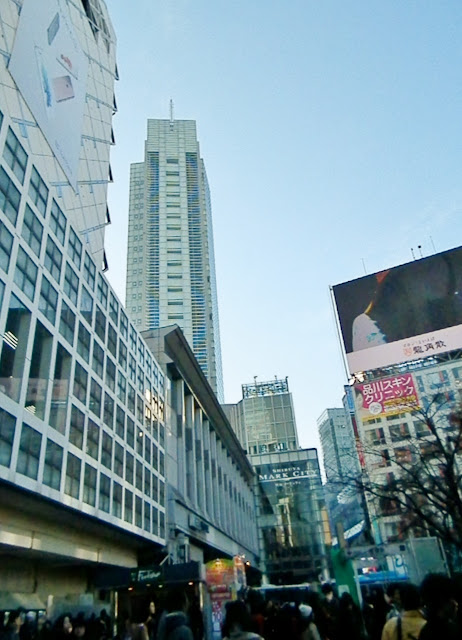 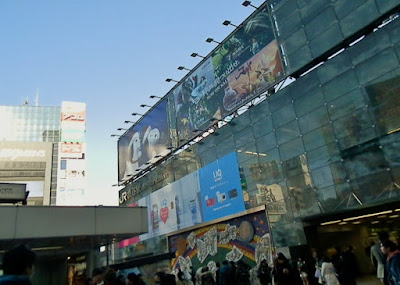 
If you become rich, you will have no need for praying to God so that God would protect you.

You have money to protect yourselves.  Moreover, with money you may even have an influence on the society.  You can have rich friends in the political community.

So, God is for the poor and God is expected to save the poor.  It means if you want to know what God is, you have to be poor.  No matter what rich scholars think about God, their understanding of God cannot be deeper than that of the poor.

(If evil men temporarily become poor, they would sell their souls to Satan to be somewhat rich by using dark power of Satan.  So, a poor man here means a man who cannot sell his soul to Satan no matter how poor he becomes.)

But the fact is that Judaism, Christianity, and Islam have survived for more than 2000 years or so.  It tells that so many poor people have prayed to God and carried faith in God without interruption.  And, those poor people have asked God to save them.  If God had not responded to their prayer, poor Judaists, poor Christians, and poor Muslims should have abandoned their religions.

So, the fact that those religions still today exist and poor believers still pray to God through their religions tells that God exists and helps the poor.

However, like in the Holocaust, innocent believers died in various tragedies.  Recently, more than 100 people were killed in Paris by terrorists.  You might conclude that these tragic incidents tell that God does not exit and does not help believers.

But still poor people must think that though they don't know why God had not save those victims, all they have to do is still ask God to save them.

Indeed, God is the Creator of human beings.  He gives life to a man at His will and take away life from him at His will.  God is the master of mankind, so that He can treat any man according to His plan.  But still God is merciful and wants the poor to ask help from Him.

From the beginning, it is so mysterious why God created mankind on the earth in the universe.

Only through the relationship between a poor man and God, the answer to the mystery may be revealed.

Joh 12:7 Then said Jesus, Let her alone: against the day of my burying hath she kept this.
Joh 12:8 For the poor always ye have with you; but me ye have not always.
Joh 12:9 Much people of the Jews therefore knew that he was there: and they came not for Jesus' sake only, but that they might see Lazarus also, whom he had raised from the dead.
Posted by EEreporter at 12/08/2015 10:59:00 PM Links to this post
Email ThisBlogThis!Share to TwitterShare to FacebookShare to Pinterest 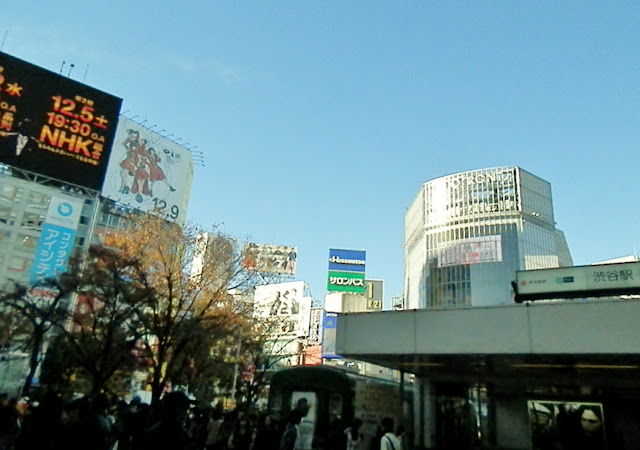 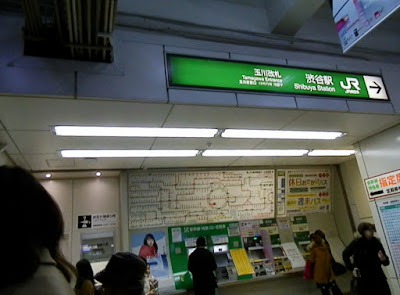 
Rich Men Do Not Believe in God

How can a man become rich?

A man can become rich by neglecting the poor.

Or, if a rich man finds that while he is enjoying luxurious things, his poor neighbors are just living poor, clothing themselves poor, and eating poor and he thinks it is so sinful, he will give his money to the poor neighbors.  As a result, the rich man will be poor, too.

For rich men to behave this way, they have to be true follows of God.

You can be rich, but you have to help the poor with all of your money.  This is the teaching of God.

Put simply, without accepting any evil, you cannot earn one dollar in this world.  Economy is based on human desire.  To fulfill their desire, men would commit any crimes.  If you follow the word of God 100% and live so righteously, you cannot earn even a dollar in the world.  Because God requests every man to be righteous without doing any evil deeds.  Money is the source of every evil.  That is why God does not love rich men with big money.

Earning big money means doing big evil in this world.  Even earning a little money means doing a little evil in this world.  People try to earn money to become happy.  But God says to give money to poor neighbors to make them as happy as you are.  God implies that what people should do is not earn money to make themselves happy but make poor neighbors as happy as they are.

But there are many people who do not think that God is requesting them to give all the money they have to the poor.  That is why they can continue to be rich.

Men must admit that God created human souls.  God is requesting men to give money to the poor so as to make them as happy as they are.  God forbids men to earn money and become rich and happy, because making money means sacrificing the poor.

The point at issue is that no schools in this world teach this God word.  It tells that the world is under control of Satan.  Satan loves to see rich men neglecting the poor.  Unless mankind fights Satan, the world will be full of evils.

Finally, being rich is a sin before God.  So, rich men do not believe in God.

Mat 12:6 But I say unto you, That in this place is one greater than the temple.
Mat 12:7 But if ye had known what this meaneth, I will have mercy, and not sacrifice, ye would not have condemned the guiltless.
Mat 12:8 For the Son of man is Lord even of the sabbath day.
Posted by EEreporter at 12/07/2015 09:58:00 AM Links to this post
Email ThisBlogThis!Share to TwitterShare to FacebookShare to Pinterest
Newer Posts Older Posts Home