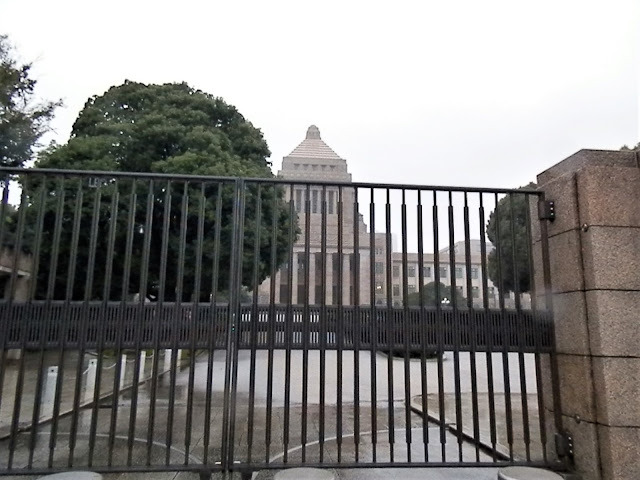 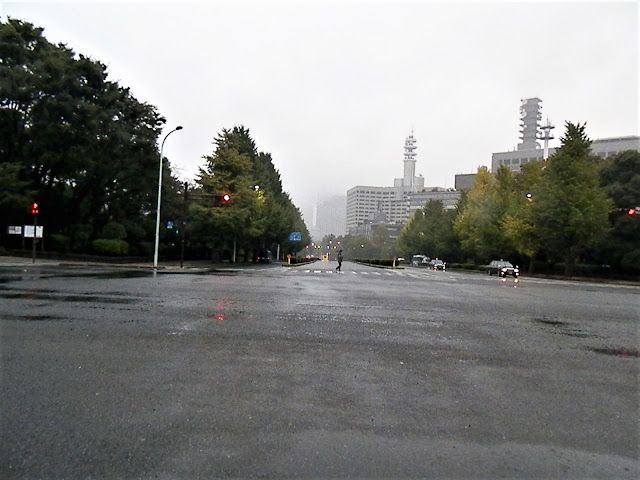 In Front of the National Diet Bldg., Tokyo

Hebrews Chosen 1900 Years or More before for the Holocaust

Judaists had enjoyed the special status of God's chosen people for 1900 years since the Diaspora after the Jewish-Roman War in the first century till six millions of them were executed by Nazi Germans.

There had been no other tribes that had enjoyed such a status.  Judaists had been sometimes suppressed or treated badly by Christian monarchs and churches in that period, but they had believed that they were closer to God than Christians in that period.  They had also felt superiority over Muslims who believed also God of Judaists.

Till the Holocaust in WWII, Judaists had thought that they were loved by God more than Christians and Muslims were.  Having relied on this belief, they could survive 1900 years mostly in Christian-dominant societies.  It is extravagant.  It is beyond description.  And it is excessive for any tribe to believe that they are loved by God more than any other tribes for 1900 years.

This too much advantage is horrible.  Since, such a tribe should face a tragedy that is balanced with its special status.  Then, the Holocaust happened.

It is as if God requested Jewish people to pay for its special status.  Their 1900-year long status as God's tribe was compensated by the great tragedy of the Holocaust.  Or the holocaust was balanced with the extravagant blessing of Jewish people over 1900 years as God's tribe.

And six million Judaists were killed in WWII as God's tribe that had survived over 1900 years after the Diaspora.

But of course, there is a reason for God to request its tribe to sacrifice in a tragic situation.  Or we might say that in order to prepare a tribe as His own for sacrifice for a huge tragedy the mankind faces, God chose Hebrews 1900 years ago or older.   God must have chosen Hebrews for sacrifice in WWII 2000 years or more ago.

Anyway, after WWII, Europe changed.  Europeans became more peaceful.  It must be all due to the great number of deaths in WWII as well as revelation of the horrible and cruel nature of the mankind as shown in the Holocaust.


Luk 10:21 In that hour Jesus rejoiced in spirit, and said, I thank thee, O Father, Lord of heaven and earth, that thou hast hid these things from the wise and prudent, and hast revealed them unto babes: even so, Father; for so it seemed good in thy sight.

Posted by EEreporter at 10/21/2017 07:36:00 PM Links to this post
Email ThisBlogThis!Share to TwitterShare to FacebookShare to Pinterest 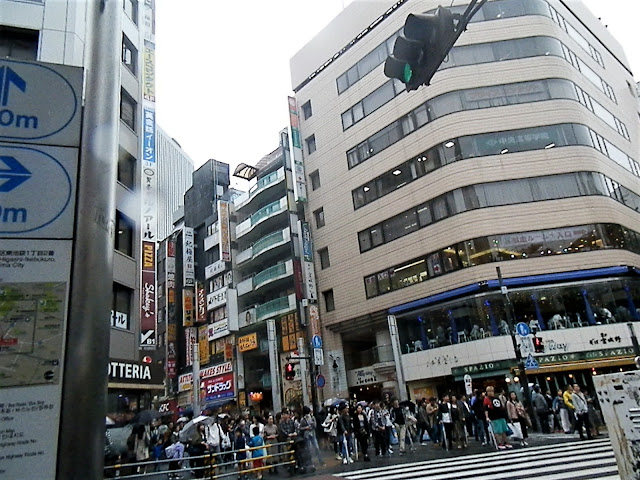 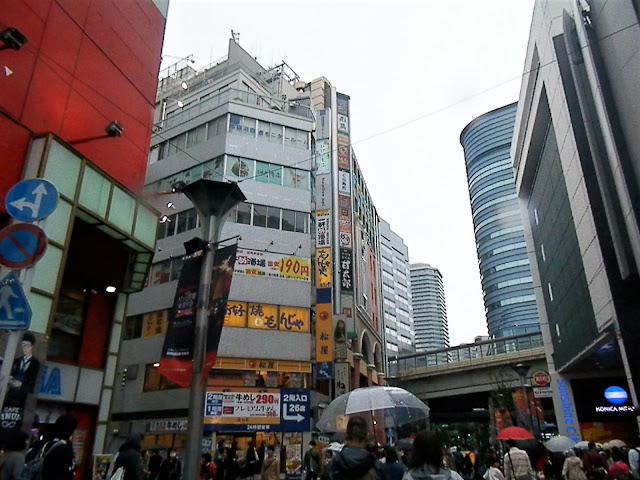 Even If Christ Jesus Is Not God

Accordingly, if we cannot prove that Christ Jesus is God scientifically or factually, it is better for us to respect the possibility that God became Christ Jesus, since God is almighty.

There are some matters in this word nobody can deny or prove.   But if risk for us to suffer when we deny such a matter is extremely large, we should not deny it.  In this case, the matter about Christ Jesus is related to God, the supreme existence in the universe.  We must be careful.

Mat 10:18 And ye shall be brought before governors and kings for my sake, for a testimony against them and the Gentiles.
Mat 10:19 But when they deliver you up, take no thought how or what ye shall speak: for it shall be given you in that same hour what ye shall speak.
Posted by EEreporter at 10/19/2017 10:53:00 PM Links to this post
Email ThisBlogThis!Share to TwitterShare to FacebookShare to Pinterest

"I may inherit eternal life" - Jesus' Appearance Only Once? 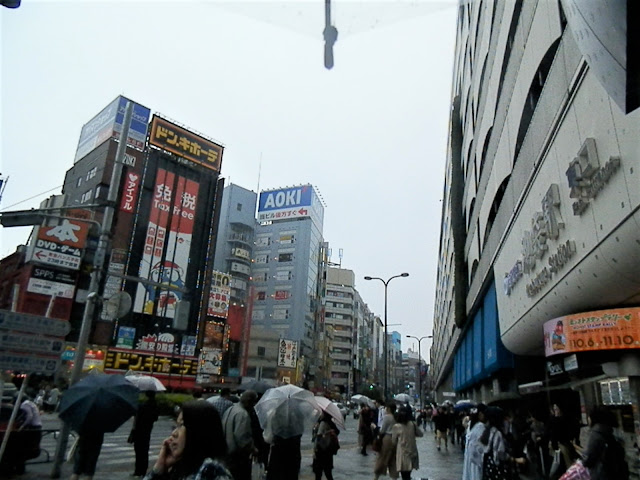 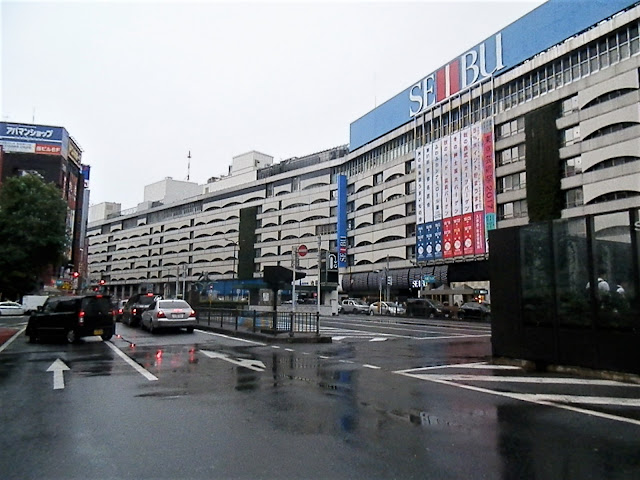 Jesus' Appearance Only Once?

Christ Jesus appeared once in the history.  No other men than Muhammad were give words of God for Islam.

To us, God looks as if having done minimum services to the mankind.  But truth must be that the mankind only deserve one time for each of Jesus' appearance and revelation of Islam to Muhammad.

This universe experienced only one time of the Big Bang, which is enough for the creation of the universe and eventually the mankind.

Or the mankind do not deserve more than one time of each of Jesus' appearance and revelation of Islam to Muhammad.  There cannot be any mistakes in God's deeds.

Mar 10:17 And when he was gone forth into the way, there came one running, and kneeled to him, and asked him, Good Master, what shall I do that I may inherit eternal life?
Mar 10:18 And Jesus said unto him, Why callest thou me good? there is none good but one, that is, God.
Posted by EEreporter at 10/18/2017 12:26:00 AM Links to this post
Email ThisBlogThis!Share to TwitterShare to FacebookShare to Pinterest

"the Father knoweth me" - Need to Review Vatican's Theology 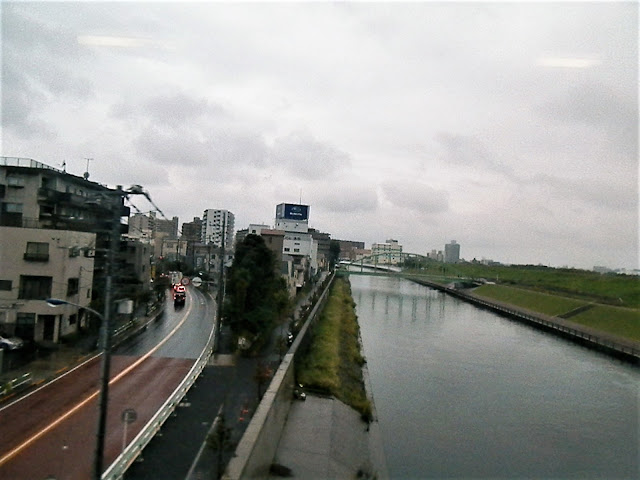 In the Roman Empire, the literacy rate is believed to be between 10 to 20%.  It means most of Roman citizens could not read the Gospels written in Greek.  But in the Roman Empire, most contents of the Christian theology were fixed, however, through various discussions and conflicts among Christian leaders involving some Roman emperor.

The Western Roman Empire fell in 476, but the theology of Christianity fixed in the Empire was carried out by the Vatican.  Then, the Middle Ages started, where the literacy rate of Europeans is believed to be about 5%.  It means almost nobody of the general public could read the Bible written in Greek or translated into Latin.  And the Vatican did not encourage people to learn Latin or Greek to read the Bible or the learned people to translate the Greek/Latin Bible into local European languages such as German.

It was about in 1500 that the Bible was translated into local languages and printed or copied in large quantity tanks to Gutenberg, Martin Luther and other scholars or priests who had objection to the Vatican's policy.  It means that almost for 1,000 years from the fall of the Western Roman Empire around 500 to the emergence of Gutenberg and Luther around 1500, Christianity was taught by Catholic priests to general Europeans who could neither have the ability to read the Bible nor chances of reading the Bible.  And, the Vatican never reviewed its Christian theology set before the fall of the Empire.

So, immediately after the fall of the Roman Empire, God gave Islam to Arabs, etc.  But the Vatican did not think about implication of this God's decision but continued its biased way of practice and teaching of Christianity.

Today, everybody can read the Bible.  Hundreds of millions of people, including Protestants, Judaists, and Muslims, should have different views from the Vatican theology on Christianity.

The Vatican should at least review its theology worked out more than 1,500 years ago.


Joh 10:14 I am the good shepherd, and know my sheep, and am known of mine.
Joh 10:15 As the Father knoweth me, even so know I the Father: and I lay down my life for the sheep.
Posted by EEreporter at 10/15/2017 05:30:00 PM Links to this post
Email ThisBlogThis!Share to TwitterShare to FacebookShare to Pinterest
Newer Posts Older Posts Home