"and leap for joy" - End of the World and Our Value 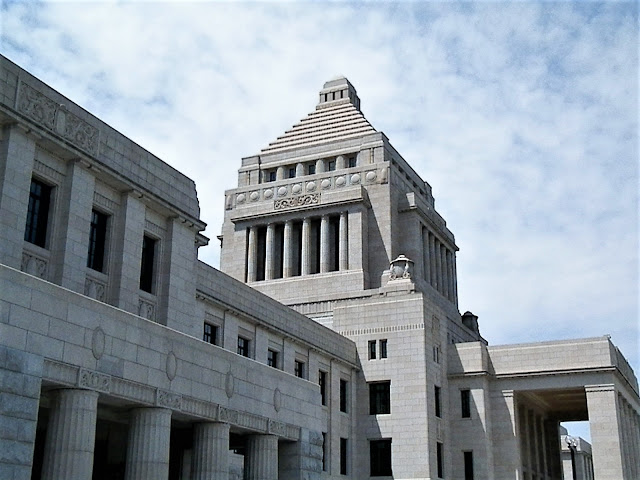 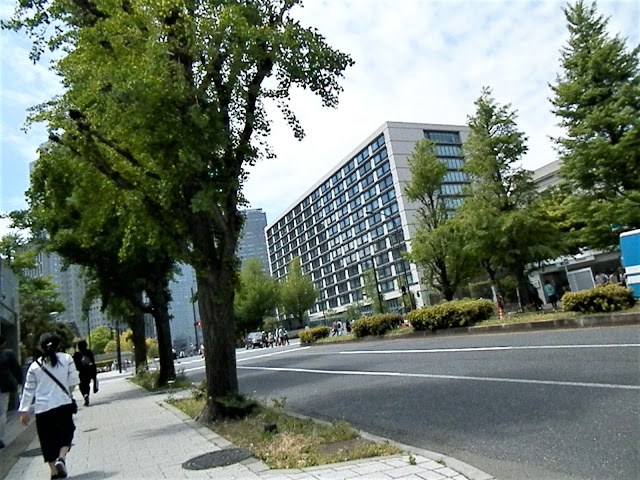 End of the World and Our Value

Recently no media, no scholars, no journalists, etc. mention much about the end of the world, since the 21st century already began and is continuing.

But it is true that Christ Jesus mentioned the end of the world.


Luk 21:7 And they asked him, saying, Master, but when shall these things be? and what sign will there be when these things shall come to pass?
Luk 21:8 And he said, Take heed that ye be not deceived: for many shall come in my name, saying, I am Christ; and the time draweth near: go ye not therefore after them.
Luk 21:9 But when ye shall hear of wars and commotions, be not terrified: for these things must first come to pass; but the end is not by and by.
Luk 21:10 Then said he unto them, Nation shall rise against nation, and kingdom against kingdom:
Luk 21:11 And great earthquakes shall be in divers places, and famines, and pestilences; and fearful sights and great signs shall there be from heaven.
Luk 21:12 But before all these, they shall lay their hands on you, and persecute you, delivering you up to the synagogues, and into prisons, being brought before kings and rulers for my name's sake.
Luk 21:13 And it shall turn to you for a testimony.


So, the focus is on behaviors of believers rather than tragic end of the world.

Koran also mentions the end of the world.


Chapter 21:
Al-Anbiya — The Prophets:
Revealed at Makkah: 7 sections; 112 verses
English Translation of the Holy Quran by Maulana Muhammad Ali
21:38 And they say: When will this threat come to pass, if you are truthful?
21:39 If those who disbelieve but knew the time when they will not be able to ward off the fire from their faces, nor from their backs, and they will not be helped!
21:40 Nay, it will come to them all of a sudden and confound them, so they will not have the power to avert it, nor will they be respited.
21:41 And messengers before thee were indeed mocked, so there befell those of them who scoffed, that whereat they scoffed.
21:42 Say: Who guards you by night and by day from the Beneficent? Nay, they turn away at the mention of their Lord.
21:43 Or, have they gods who can defend them against Us? They cannot help themselves, nor can they be defended from Us.
http://www.aaiil.org/text/hq/trans/ch21.shtml

So, the focus is rather on anger at those who don't believe God and the end of the world.

In the past, our ancestors died without seeing the current state of the world.  But what should matter to them must be just how much they loved and believed what God wanted them to love and believe.

Nonetheless, the concept of the end of the world makes us reflect on what we have done and are doing with what significance to our existence.  We might be just doing everything so stupidly and meaninglessly.  Then, what is the value of our existence on the earth and in the universe.

The future history textbook used by some extraterrestrial intelligence might read that the mankind lived and died out without any contribution to the physical universe and the spiritual space.


Luk 6:23 Rejoice ye in that day, and leap for joy: for, behold, your reward is great in heaven: for in the like manner did their fathers unto the prophets.

Posted by EEreporter at 6/23/2017 08:53:00 PM Links to this post
Email ThisBlogThis!Share to TwitterShare to FacebookShare to Pinterest

"Blessed be ye poor" - Historicity of Abraham and Moses 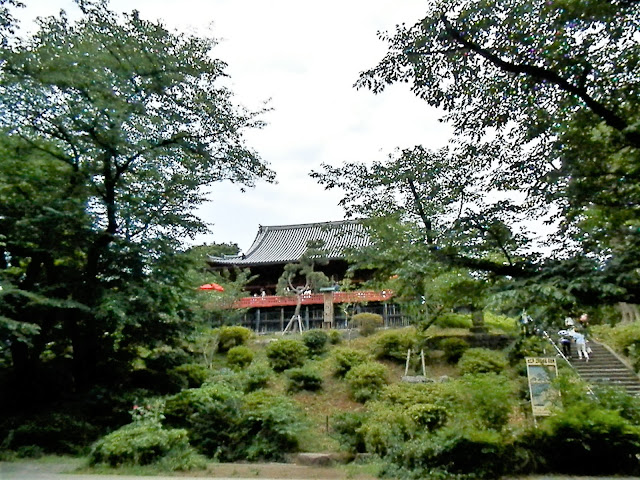 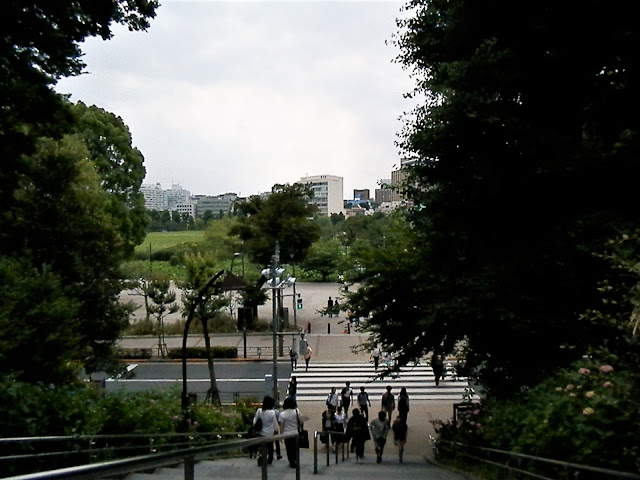 Historicity of Abraham and Moses

How much can we trust the Old Testament in terms of correctness of its historical descriptions?

An educated reading of the biblical text requires knowledge of when it was written, by whom, and for what purpose. For example, many academics would agree that the Pentateuch was in existence some time shortly after the 6th century BCE, but they disagree about when it was written. Proposed dates vary from the 15th century BCE to the 6th century BCE. One popular hypothesis points to the reign of Josiah (7th century BCE). In this hypothesis, the events of, for example, Exodus would have happened centuries before they were finally edited. This topic is expanded upon in dating the Bible.

An important point to keep in mind is the documentary hypothesis, which using the biblical evidence itself, claims to demonstrate that our current version was based on older written sources that were lost. Although it has been modified heavily over the years, most scholars accept some form of this hypothesis.
https://en.wikipedia.org/wiki/Historicity_of_the_Bible#Overview_of_academic_views

The Old Testament tells that Abraham's family came out of Ur of Mesopotamia about 2000 BC and Moses led Hebrews out of Egypt about 1300 BC.  What about historicity of them?


In the early and middle 20th century, leading archaeologists such as William F. Albright, and biblical scholars such as Albrecht Alt, believed that the patriarchs and matriarchs were either real individuals or believable composites of people who lived in the "patriarchal age", the 2nd millennium BCE...

By the beginning of the 21st century, archaeologists had given up hope of recovering any context that would make Abraham, Isaac or Jacob credible historical figures.
https://en.wikipedia.org/wiki/Abraham#Historicity_and_origins

The scholarly consensus is that the figure of Moses is legendary, and not historical. Although a "Moses-like figure" may have existed somewhere in the southern Transjordan in the mid-13th century BC.[32] Certainly no Egyptian sources mention Moses or the events of Exodus-Deuteronomy, nor has any archaeological evidence been discovered in Egypt or the Sinai wilderness to support the story in which he is the central figure.https://en.wikipedia.org/wiki/Moses#Historicity


Can stories, records or information passed down by word of mouth of tribe members for centuries or more before the birth of Christ Jesus be genuine and correct?

In the case of the Records of the Grand Historian,  known as the Shǐjì, of China written around 94 BC by the Han dynasty official Sima Qian, it covered a 2500-year period from the age of the legendary Yellow Emperor till the time it was written.  Its description about a kingdom that existed between 1600 BC to 1000 BC was found authentic.


However, according to Joseph Needham, who wrote in 1954 on Sima Qian accounts of the kings of the Shang dynasty (c. 1600–c. 1050 BC):
It was commonly maintained that Ssuma Chhien [Sima Qian] could not have adequate historical materials for his account of what had happened more than a thousand years earlier. One may judge of the astonishment of many, therefore, when it appeared that no less than twenty-three of the thirty rulers' name were to be clearly found on the indisputably genuine Anyang bones. It must be, therefore, that Ssuma Chhien [Sima Qian] did have fairly reliable materials at his disposal—a fact which underlines once more the deep historical-mindedness of the Chinese—and that the Shang dynasty is perfectly acceptable.
https://en.wikipedia.org/wiki/Records_of_the_Grand_Historian#Reliability_and_accuracy

Generally speaking, in old communities where a writing system was not used, there were some people with great memory ability.  For example, one of old women of the Ainu tribe of Japan who lived 100 years ago could recite long stories whose written volume was worth 70 notebooks or about 15,000 pages, although the Ainu tribe did not use letters unlike Japanese in the main land.

Ancient people had great ability of memory beyond our imagination.  Critical matters to their identity and religion must have been transmitted by word of month generation after generation.

We must believe existence of Abraham 4000 years ago and Moses 3300 years ago, since Christ Jesus and Mohammed did not deny their historical existence.


Luk 6:19 And the whole multitude sought to touch him: for there went virtue out of him, and healed them all.
Luk 6:20 And he lifted up his eyes on his disciples, and said, Blessed be ye poor: for yours is the kingdom of God.
Posted by EEreporter at 6/20/2017 08:59:00 PM Links to this post
Email ThisBlogThis!Share to TwitterShare to FacebookShare to Pinterest
Newer Posts Older Posts Home