"Peace be to this house" - Obama vs Romney 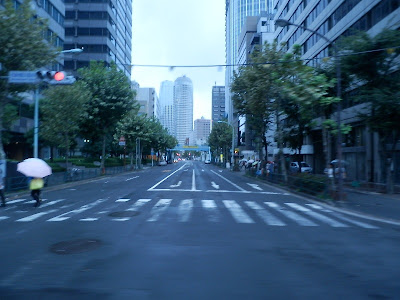 A Tokyo Street on a Rainy Sunday...

One sub-era is passing by.

China is gong to have a new top team that will lead the nation for the coming decade.

The memory of Mr. Blair and Mr. Sarkozy is now so far away.

Japan is also expected to undergo other regime change from the labor-union supported DPJ to the capitalist LDP within a few months at the earliest.

So, there is a strong momentum around the US to allow for a change from Mr. Obama to Mr. Romney.

In the era of President Mr. W. Bush, the US exposed so many scandals in the business sector.  But, the stable status of religion in the US sustained its society facing the War against Violent and Mad Muslims through those difficult years after the 9/11 Terror.  No grave spiritual degradation was observed in the US apart from usual and conventional corruption among rich people which culminated in the 2008 Lehman Shock.

But, under the Obama Administration which succeeded in improving the American health insurance system to some extent, loosening of  morals and  other disciplinary problems might be surfacing, though absolute number of crimes has been decreasing in the US.

Especially, nowadays people are engaged in dubious or criminal activities in the cyber space.  So, the trend of Internet crimes in the US must be reflecting some significant spiritual corruption in the US.

More Than 300,000 Complaints of Online Criminal Activity Reported in 2011

FAIRMONT, WV—The Internet Crime Complaint Center (IC3) today released the 2011 Internet Crime Report—an overview of the latest data and trends of online criminal activity. According to the report, 2011 marked the third year in a row that the IC3 received more than 300,000 complaints. The 314,246 complaints represent a 3.4 percent increase over 2010. The reported dollar loss was $485.3 million. As more Internet crimes are reported, IC3 can better assist law enforcement in the apprehension and prosecution of those responsible for perpetrating Internet crime.

In 2011, IC3 received and processed, on average, more than 26,000 complaints per month. The most common complaints received in 2011 included FBI-related scams—schemes in which a criminal poses as the FBI to defraud victims—identity theft, and advance-fee fraud. The report also lists states with the top complaints, and provides loss and complaint statistics organized by state. It describes complaints by type, demographics, and state.

Though President Mr. Obama was supported greatly by power of the Internet in 2008, it might be contributing to degradation of the American spiritual sector.

In this context, a very strong faction of Christianity in the real world might be wanted.  And, Mr. Romney might be rather closer to it than Mr. Obama.  A trend might be in favor of Mr. Romney.

Luk 10:5 And into whatsoever house ye enter, first say, Peace be to this house.
Luk 10:6 And if the son of peace be there, your peace shall rest upon it: if not, it shall turn to you again.

Posted by EEreporter at 10/05/2012 10:48:00 PM Links to this post
Email ThisBlogThis!Share to TwitterShare to FacebookShare to Pinterest

"as lambs among wolves" - Diaries in WWII 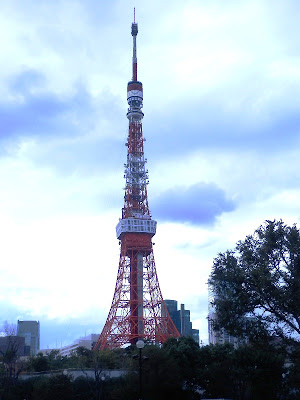 In the Pacific Theater of WWII, many Japanese soldiers were killed, but some were captured alive.

But it was not only from Japanese prisoners of war that the US military got precious information.

Most of Imperial soldiers and officers of Japan kept a diary even in a battle field.  After a fierce battle was over and Japanese troops were driven out, US soldiers picked up many diaries and other documents from corpses of Japanese and from inside trenches.

Those diaries gave precious military information to US forces.  Americans could understand how Imperial forces were organized and how their bases were fortified in addition to minds and heats of Japanese soldiers.

In order to read and translate these documents and inquire Japanese prisoners of war, the US Government recruited a large number of second-generation Japanese Americans and other Americans who were learning Japanese in universities and so on.

In the Imperial Army, Japanese soldiers and officers were advised to keep a diary.  It was probably regraded as a kind of discipline.  Soldiers wrote many things almost freely without inspection by supervisors.

Especially in lines of battle in the Pacific Ocean, the Imperial Army did not mind if those diaries could be taken by Americans.  Japanese generals thought that Americans could not read and understand diaries Japanese wrote, since the written Japanese language was complicated and difficult.  They even did not strictly control handling of military documents so as not to leave them behind when Japanese troops retreated.  No Japanese elites even dreamed that the US military was mobilizing thousands of second-generation Japanese Americans and other Americans who could read and speak Japanese to get information in front lines.

Of course, in addition to Americans capable of reading Japanese, many Japanese prisoners of war cooperated in reading and interpreting diaries in addition to providing information they had.  (However, it is also true that many Japanese soldiers and officers chose to commit a suicide before being taken captive by US or other allied forces.)

During WWII, the US had not CIA, but their experiences in the war against the Empire of Japan gave precious experiences in collecting information from an enemy whose language and culture were so different from those of the US.

In addition, it was expected that 100% of Japanese soldiers could read and write during WWII as  the literacy rate of the Empire of Japan was almost 100% far exceeding the wold average at the time.


Luk 10:3 Go your ways: behold, I send you forth as lambs among wolves.
Posted by EEreporter at 10/03/2012 11:23:00 PM Links to this post
Email ThisBlogThis!Share to TwitterShare to FacebookShare to Pinterest

"but the labourers are few" - Voting Right 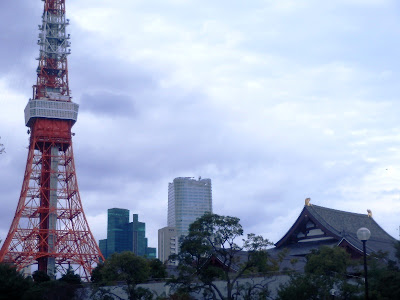 How long can Chinese citizens endure the current political condition that they have virtually no voting right.

But it was in 1889 that Japanese citizens got right of vote for the first time, though only rich people could exercise this power.

Those who were 25 years old or older and paid 15 yen or more of direct tax to the central government were given this right of vote.  Those eligible to vote to choose lawmakers accounted for just 1% of all the Japanese people at the time.  But it was vote in an open ballot.

n 1900, those who were 25 years old or older and paid 10 yen or more of direct tax to the central government of Japan were allowed to exercise anonymous vote.   Those eligible at the time accounted for 2.2%.

In 1925, the restriction on tax was abolished.  All the male Japanese aged 25 or more were allowed to cast a ballot in a national election.  Those eligible at the time accounted for 20%.

So, far before the beginning of WWII or the Pearl Harbor attack, all the Japanese male could participate in national politics.

And when WWII ended in 1945, all the Japanese males and females aged 20 years old or older were given voting right without any restrictions.   For reference, French women also got voting right in 1945 though US women in 1920.

Nonetheless even today  Chinese citizens have virtually no voting right.  Their congress is not a real national assembly.  Their Cabinet is not filled with ministers or secretaries who are chosen through a democratic process.  Their prime minister and president have no democratic backgrounds.

It is time to think about how to introduce real democracy and a true voting system in China.


Luk 10:2 Therefore said he unto them, The harvest truly is great, but the labourers are few: pray ye therefore the Lord of the harvest, that he would send forth labourers into his harvest.
Posted by EEreporter at 10/02/2012 11:32:00 PM Links to this post
Email ThisBlogThis!Share to TwitterShare to FacebookShare to Pinterest 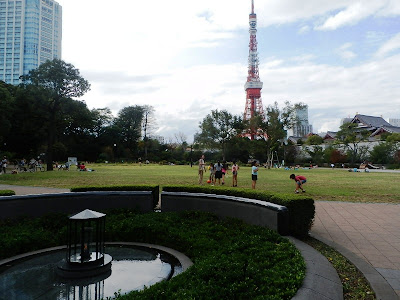 
Japanese View on China and Korea

The First Sino-Japanese War (1 August 1894 – 17 April 1895) was the first big incident Japan was engaged in after the fall of the last samurai regime and the establishment of modern government in 1860s.

At the time the Meiji Government of Japan was tackling treaty revision with the UK.  And when this effort of Japan was fulfilled, not only the Japanese elites but also the general public of Japan felt that their country became an equal partner with Western powers.

Then when they looked around, China, namely the Qing dynasty, and Korea, namely Yi-Dynasty Korea, were behind the times.  China behaved as the sole suzerain in East Asia as it had been for centuries.  As Japan had not been fully subject to Chinese dynasties at least since the sixth century, this situation in Korea did look so irrational for Japan.  As Japan wanted to promote and strengthen economic, diplomatic, and military ties with Korea, the Chinese influence on the Korean royal court was so troublesome.  But, Korean politicians still lived on the old paradigm that the universe worked with China at its center and Korea was the best follower of the Great Chinese Civilization.

Accordingly, the Meiji Government of Japan started to drive out Chinese influences from the Korean Peninsula.  As Korea was split into a pro-Chinese faction and a pro-Japanese group, the Korean royal government could not manage the situation.  They could not even modernize its society and westernize its industry to have strong military.  Finally, Japan and the Qing dynasty embarked in a war in and around the Korean Peninsula.

Most of the Japanese people at the time, namely in the Meiji era, supported the Government starting the war as one of Westernized and modern countries in the world against the old-fashioned Asian empire Qing that was against progress of Asia toward full Westernization.

Put simply, the First Sino-Japanese War meant the right and just war for the Japanese people who believed and supported the progress in new civilization; it was a war between a civilized country (Japan) waking up to a new era and an old-guard empire (China) trying to sleep in an old dream.

But, one notable Japanese politician at the time named Katsu Kaisyu (1823-1899) was against this war.  Ex-elite samurai directly subject to shogun (the king of samurais) Katsu did not despise Koreans and Chinese unlike most of his contemporaries.

Katsu who also occupied key positions in the Meiji Government, such the Navy Minister, said that Japan should not behave like one of Western countries that were busy cruelly colonizing Africa and Asia.

And, even today the psychology of the Japanese people nurtured in the era of the First Sino-Japanese War still lingers in the Japanese society.  But the spirit of Katsu Kaisyu has been also alive in both the leftist camp and the nationalistic group in the Japanese society, though it does not necessarily mean an increase of Japanese who become so pro-Chinese or pro-Korean.

Anyway, in the samurai era, Japanese people did not especially despise Chinese and Koreans.  They rather respected many cultural and religious figures in China and Korea as culture came to Japan through the Korean Peninsula from the Asian Continent.

Luk 10:1 After these things the LORD appointed other seventy also, and sent them two and two before his face into every city and place, whither he himself would come.

Posted by EEreporter at 10/01/2012 07:48:00 PM Links to this post
Email ThisBlogThis!Share to TwitterShare to FacebookShare to Pinterest
Newer Posts Older Posts Home