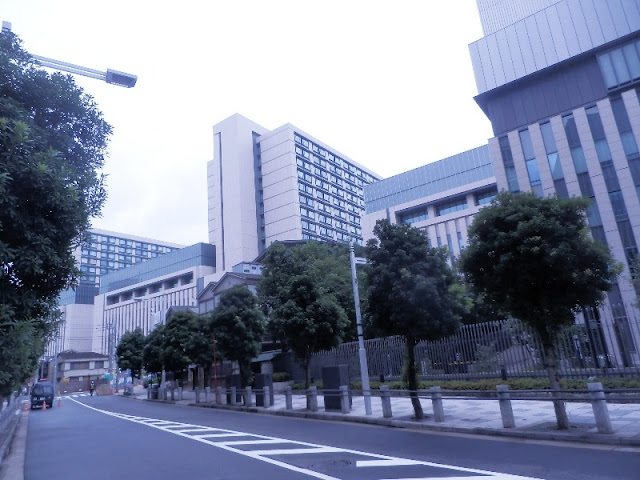 As everybody has discussed, Mr. Obama succeeded in gaining support from Hispanics and European American women, especially, in Ohio.

If European Americans account for 65% of US voters and Mr. Romney can get support from 70% of them, he can secure 45% of votes among all the American voters.

To win the election, Mr. Romney had to win 5 points more, but from whom?

It means that Mr. Romney failed in securing women voters among European Americans, excluding influences of African Americans and Asian Americans who would vote for a Republican candidate or a Democratic candidate based on their basic preference.

Especially, "white" women in Ohio counted.  They decided this case.

But why did Mr. Romney fail in enjoying overwhelming support from European American woman voters?

Those women must have read the Bible not to be convinced of power of Christ and the God, and then saw a white who observed a strange school of Christianity and a black one, younger, who might be influenced by some Islamic creeds.   And then white women opted to vote for the latter.

It implies that those women are leaving farther Christianity and as far as to the religion of Mr. Obama whose late father was a Muslim.  They looked like not being given a spiritual direction.  They must have been at loss so that they tried Mr. Obama.

Conversely, if Mr. Romney had a strong propensity for the main-stream Christianity similar to one Mr. W. Bush has, he should have been able to get more support from those women to win in Ohio and thus the whole US.

The Republicans should have presented a more main-stream candidate for the US Presidential Election.

Posted by EEreporter at 11/09/2012 01:32:00 PM Links to this post
Email ThisBlogThis!Share to TwitterShare to FacebookShare to Pinterest

"the poor have the gospel preached" - Anti-Nuclear Energy Protesters 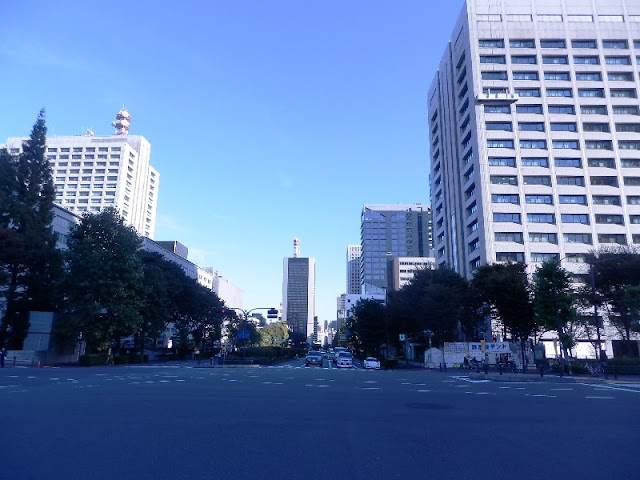 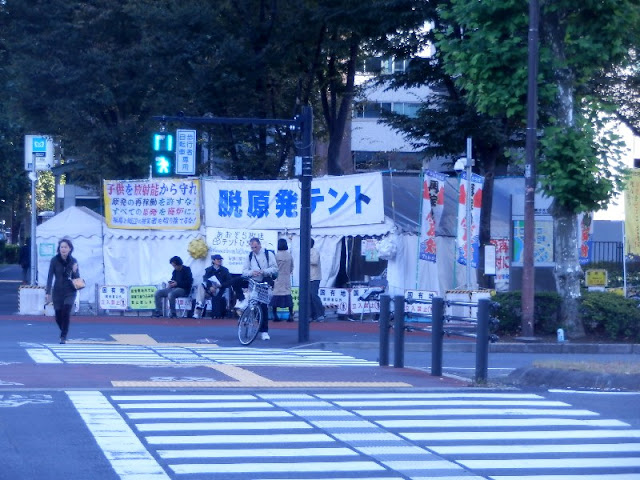 Anti-Nuclear Energy Protesters in the Governmental District in Tokyo

The portion of land they occupy belongs to the Japanese Government.  So, they tried to drive them out in vain in this year.

It is just beside a lane to the Office Building of  the Ministry of Economy, Trade and Industry.  So, the protesters have been harassed by security guards employed by the Ministry that has been promoting nuclear energy in Japan for decades.

As it is not on the public road, the police cannot arrest them.  Besides, every Friday evening thousands of anti-nuclear energy demonstrators gather and march around  the National Diet Bldg, and the Prime Minister Office near to this street.  Therefore, this way of occupation for protest seems to have acquired a kind of legitimacy for its presence.

The big blue letters read as a "Tent for Breaking with Nuclear Power Generation."

This photo was taken on a recent Sunday by EEE-Reporter himself.


Mat 11:5 The blind receive their sight, and the lame walk, the lepers are cleansed, and the deaf hear, the dead are raised up, and the poor have the gospel preached to them.

Posted by EEreporter at 11/05/2012 11:13:00 PM Links to this post
Email ThisBlogThis!Share to TwitterShare to FacebookShare to Pinterest
Newer Posts Older Posts Home