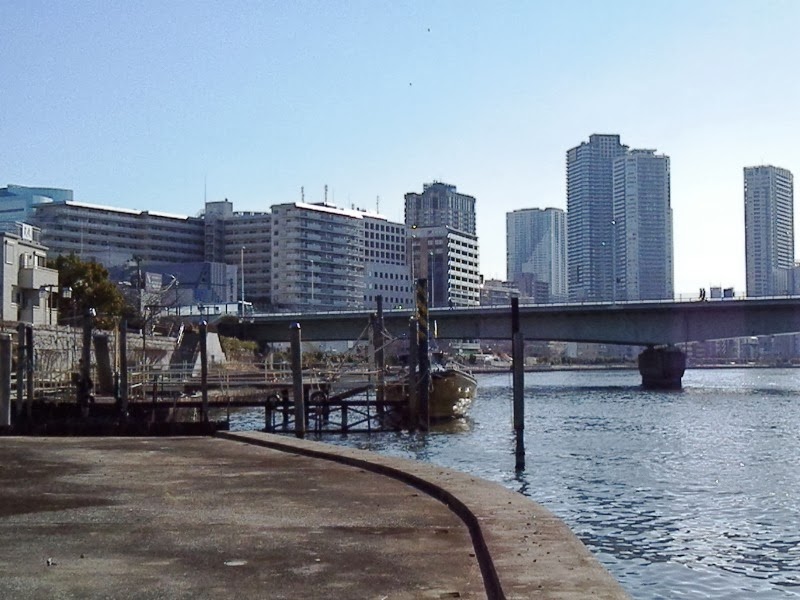 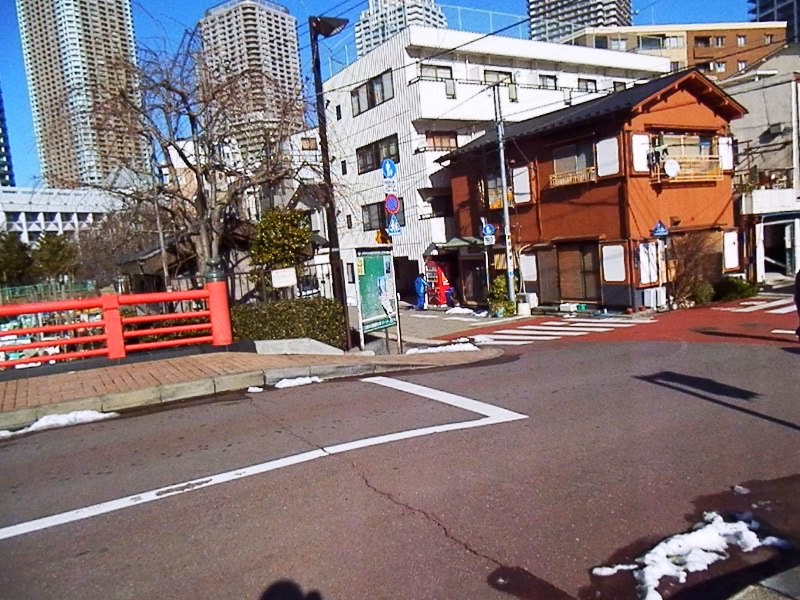 Approaching to Zero at a Speed

Mar 2:22 And no man putteth new wine into old bottles: else the new wine doth burst the bottles, and the wine is spilled, and the bottles will be marred: but new wine must be put into new bottles.

Posted by EEreporter at 2/22/2014 11:06:00 PM Links to this post
Email ThisBlogThis!Share to TwitterShare to FacebookShare to Pinterest

"his name was called JESUS" - Anger of God 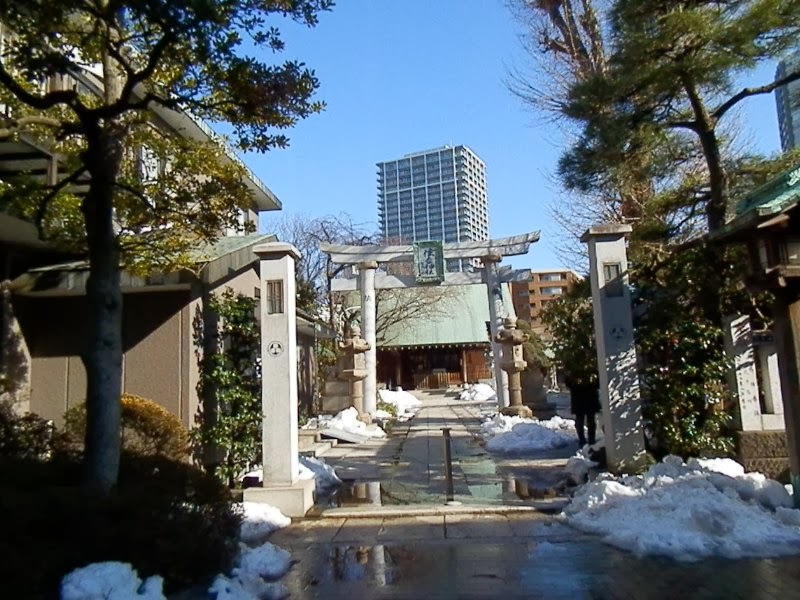 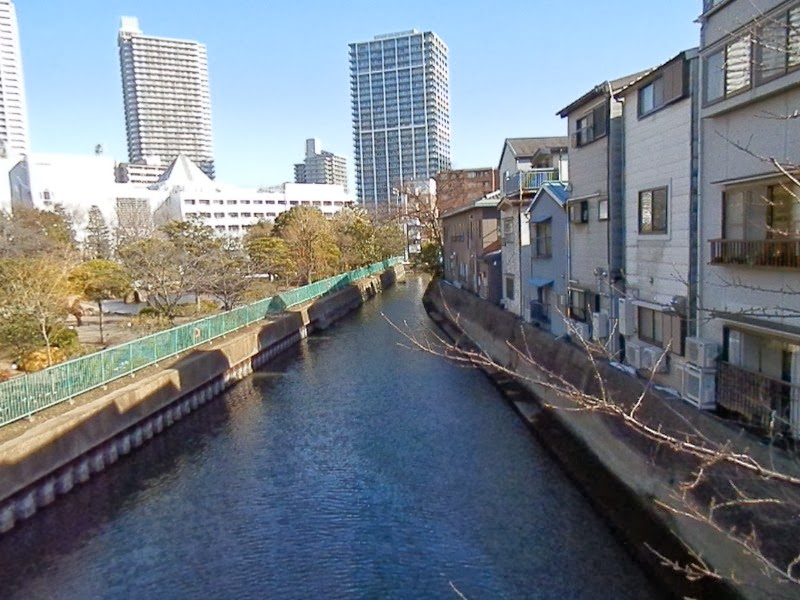 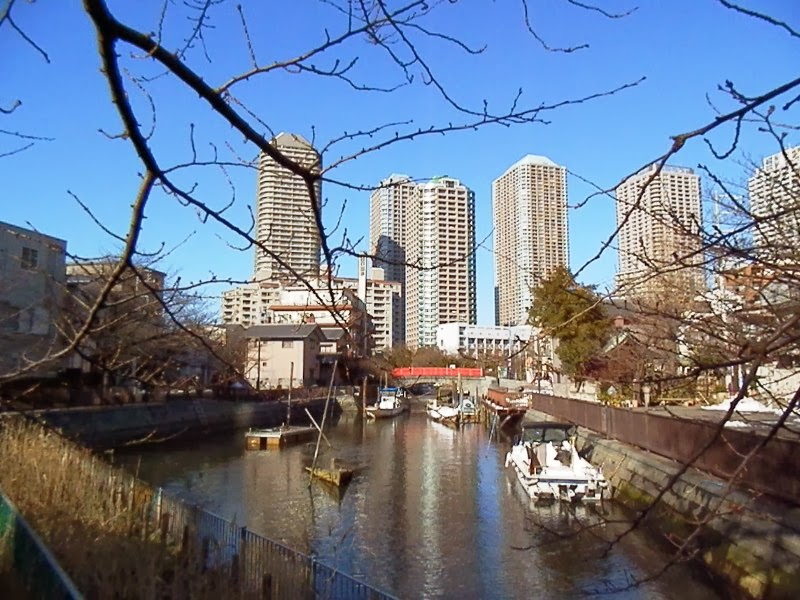 If God designed this universe, what was His purpose?

No scientists, who are of course human beings, cannot achieve the same thing, allowing for the Big Bang of the universe and enabling formation of living things in a planet like the earth, if they could further develop their science.  But God made it as we see it today.  It is a super-great act to crate this material universe and realize evolution of living things to the level of humans.  So, it must have a concrete aim.  What is the intention of God to create this university now expanding over scores of billion light years and enable evolution of organisms to humankind?

Regardless of His intention, the world we see on the earth today is the fruit of the attempt of God.  This human world today is on the summit of proceedings of this enterprise of God.  But this world or humankind has been so much contaminated by vice and evil especially in these 2000 years.  And it is apparent that this state under the rule of evilness is against expectation of God.

As human beings fall short of expectation of God, God must be angry.  Teaching of God is not so much respected in the human world while God is the Creator of this universe.  Will God admit that His trial is failure?  Or will God directly take a decisive action against human beings to terminate their existence?

In theory, it is very likely that from the beginning there is a special mechanism embedded in this universe, the nature, or the human body or the mind and heart that would automatically start to work and destroy existence of human beings if they should fail God.

So, I am afraid that we, human species, are approaching the critical stage where such a fatal mechanism will start to work.  Indeed, it must be enough even for God to wait for 2000 years since He first appeared to human beings in Palestine when the Roman Empire occupied the region  to rule Israelis.

The human species being evil should be destroyed or eradicated by God or through some secret mechanism God prepared from the beginning for this purpose.

Nonetheless God is omnipotent.  He will never fail.


Luk 2:21 And when eight days were accomplished for the circumcising of the child, his name was called JESUS, which was so named of the angel before he was conceived in the womb.
Luk 2:22 And when the days of her purification according to the law of Moses were accomplished, they brought him to Jerusalem, to present him to the Lord;
Posted by EEreporter at 2/21/2014 10:04:00 PM Links to this post
Email ThisBlogThis!Share to TwitterShare to FacebookShare to Pinterest

"go into the land of Israel" 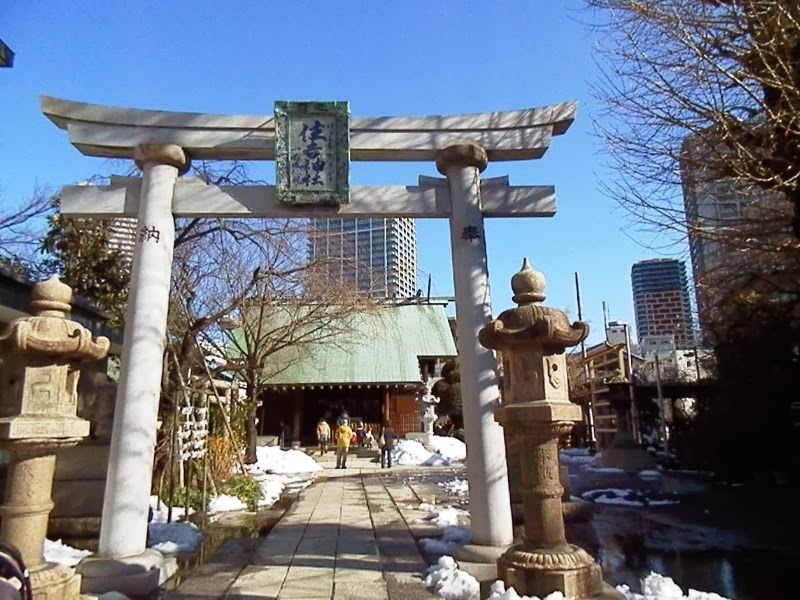 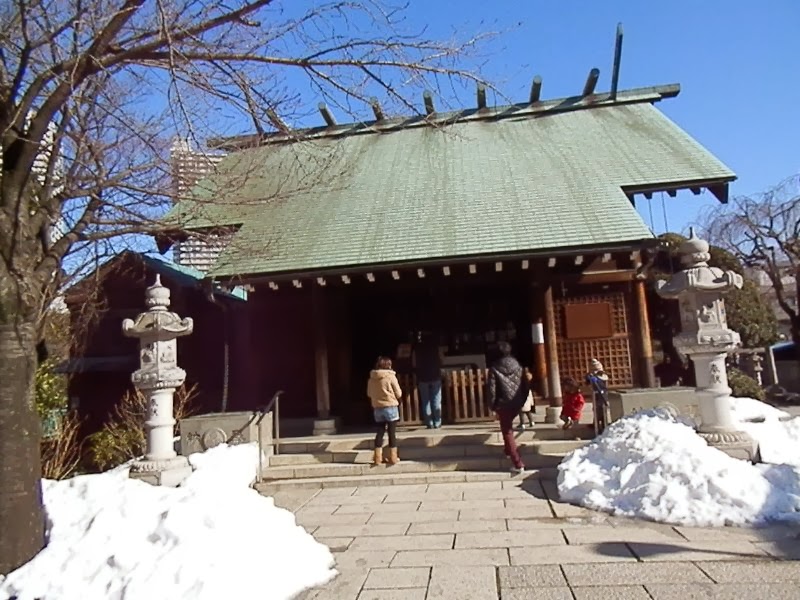 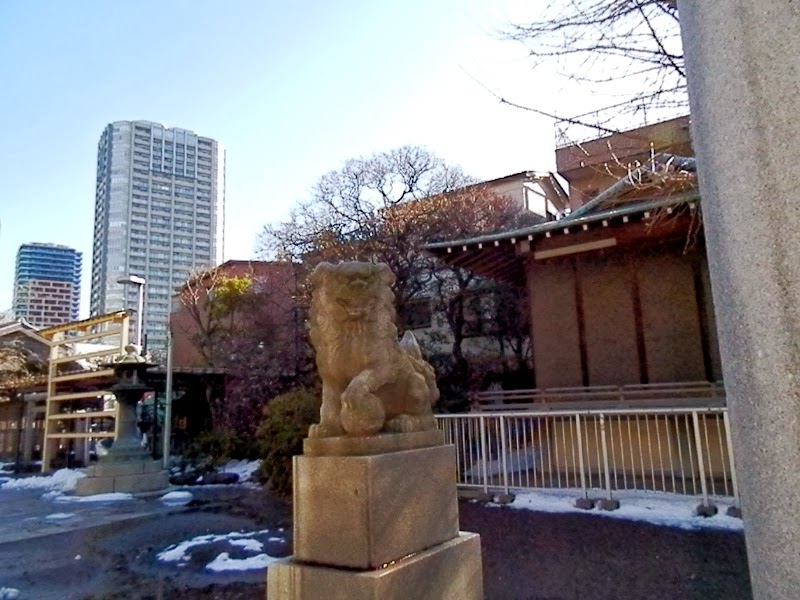 A Shinto Shrine in Tokyo Established in the 17th Century


Mat 2:19 But when Herod was dead, behold, an angel of the Lord appeareth in a dream to Joseph in Egypt,
Mat 2:20 Saying, Arise, and take the young child and his mother, and go into the land of Israel: for they are dead which sought the young child's life.
Mat 2:21 And he arose, and took the young child and his mother, and came into the land of Israel.
Posted by EEreporter at 2/20/2014 06:52:00 PM Links to this post
Email ThisBlogThis!Share to TwitterShare to FacebookShare to Pinterest

"as long as they have the bridegroom" - Zero, Constant or Variable 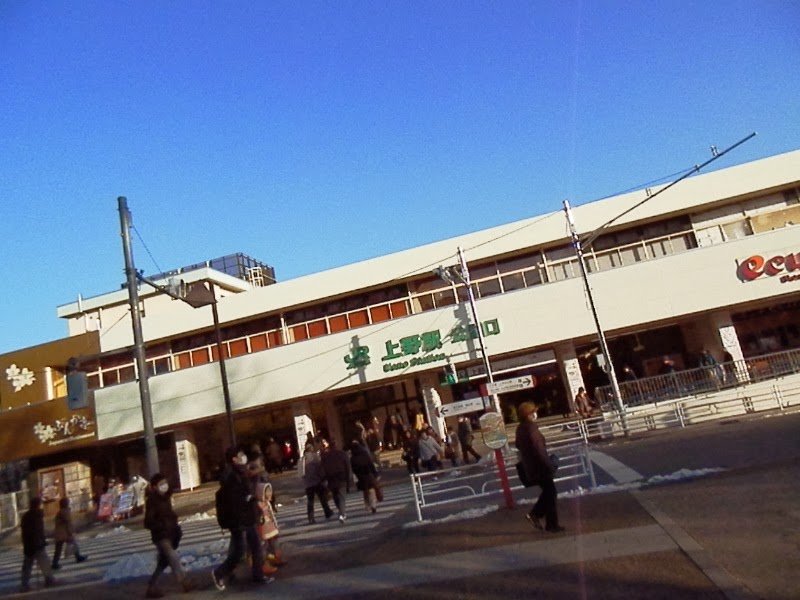 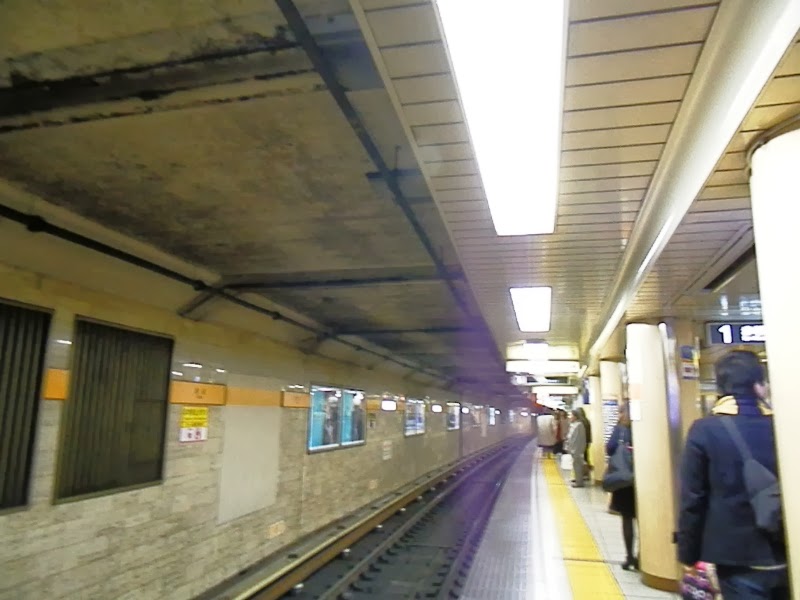 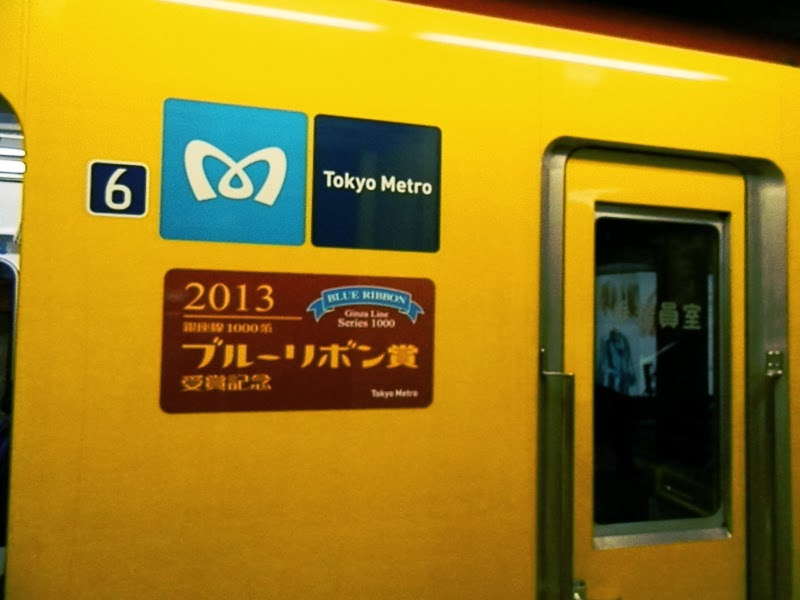 The number is a key to understanding how this universe was designed by God.

Underlying this argument is the same idea as was used in the attempt to define 0 divided by 0. Consider a to the power b and ask what happens as a and b both approach 0. Depending on the precise way this happens the power may assume any value in the limit.
http://www.math.utah.edu/~pa/math/0to0.html

They explain how any positive number to the power 0 gets 1 in the following way.

But if 0 to power 0 is considered indefiniteness, 0^0 and 0^0 can have different values.  The above tautology can be effective only if the value of 0^0 is constant.

You can subtract 0 from 0 any times.

Today's arithmetic system seems to have two different systems in it: one to regard 0 simply as indefiniteness and another to regard 0 as 1x0 since 1 is the basis.

So, zero seems to be closer to God than one.

Zero as a state of naught is different from zero as a number for arithmetic operation.

What we can understand easily is the zero as a number for arithmetic operation supported by one, the basis.

Mar 2:19 And Jesus said unto them, Can the children of the bridechamber fast, while the bridegroom is with them? as long as they have the bridegroom with them, they cannot fast.
Posted by EEreporter at 2/19/2014 11:41:00 PM Links to this post
Email ThisBlogThis!Share to TwitterShare to FacebookShare to Pinterest

"and they shall prophesy" - Expected Disasters on Tokyo 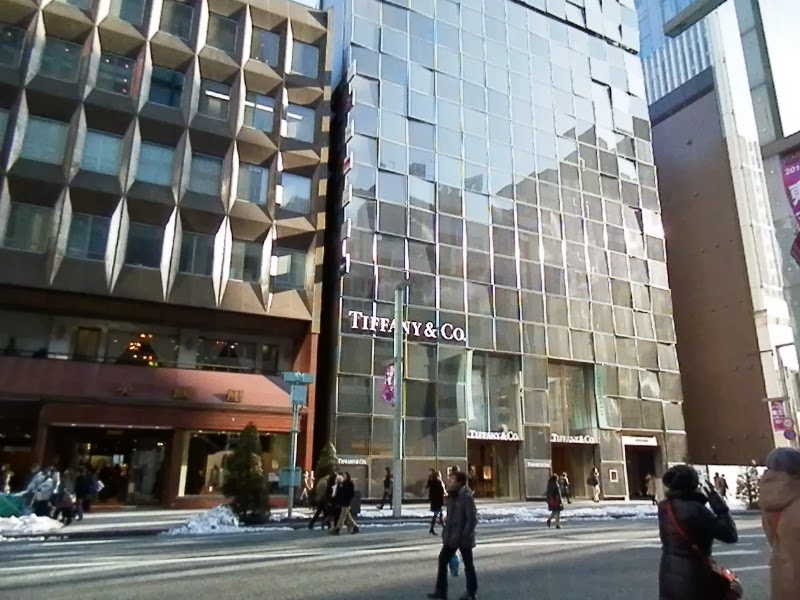 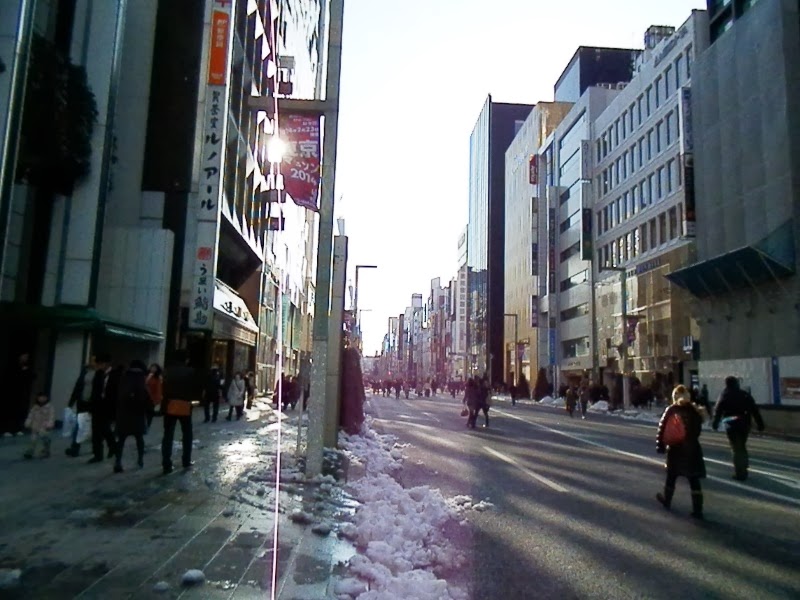 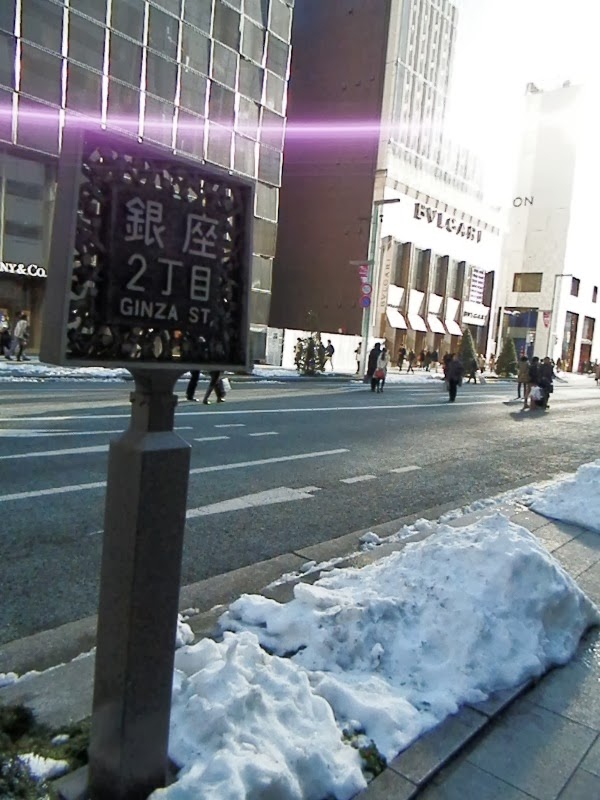 For 2020 the Tokyo Olympics is slated.

But there are some serious concerns about its safety.  Tokyo can suffer a local earthquake, probably of an M8 class, which might take on more than 20,000 lives and can be covered by inches of volcanic ashes if Mt. Fuji, 100 km west of Tokyo, should erupt.  Further Nankai Trough in the Pacific Ocean can cause a huge tsunami to Pacific coast lines where Tokyo is located.  This tsunami is estimated to take on more than 200,000 lives.

So, Tokyo should give up the Olympics so that it can concentrate on making itself more resistant to any natural or man-made disasters.

Then, Turkey might host the 2020 Olympics as the first among Islamic nations.  Even Syrian Muslims in refugee camps would be glad.


Act 2:18 And on my servants and on my handmaidens I will pour out in those days of my Spirit; and they shall prophesy:
Act 2:19 And I will shew wonders in heaven above, and signs in the earth beneath; blood, and fire, and vapour of smoke:
Posted by EEreporter at 2/18/2014 09:54:00 PM Links to this post
Email ThisBlogThis!Share to TwitterShare to FacebookShare to Pinterest 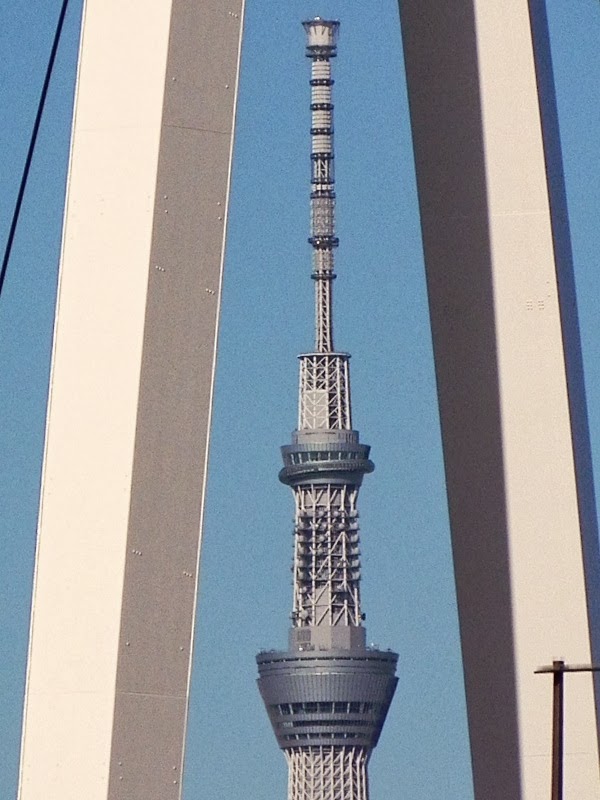 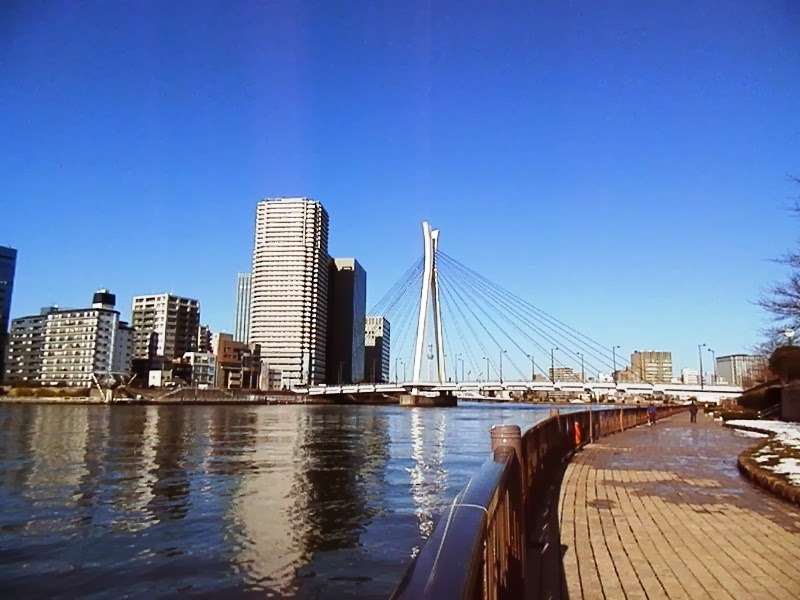 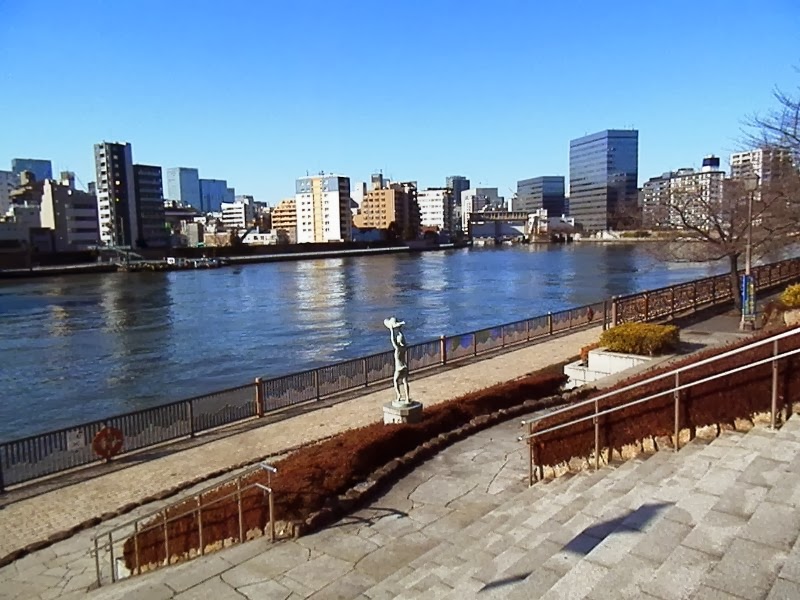 Around Tokyo Bay after Snow Falling


After a Snowing Day

Even the water flowing in a big river toward Tokyo Bay showed a different surface feeling.

After a snowing day,
None feels a turn to spring,
But a silky river is flowing to the bay.

Gen 2:17 But of the tree of the knowledge of good and evil, thou shalt not eat of it: for in the day that thou eatest thereof thou shalt surely die.

Posted by EEreporter at 2/17/2014 01:15:00 PM Links to this post
Email ThisBlogThis!Share to TwitterShare to FacebookShare to Pinterest 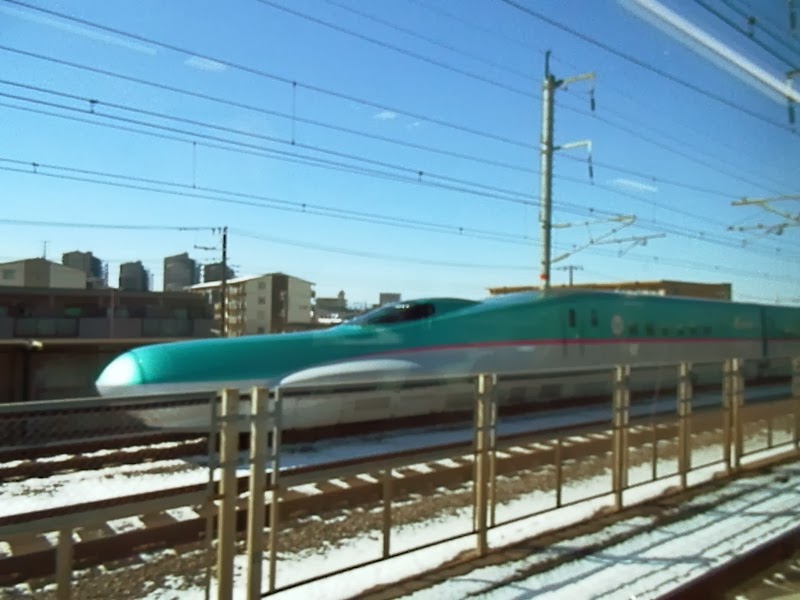 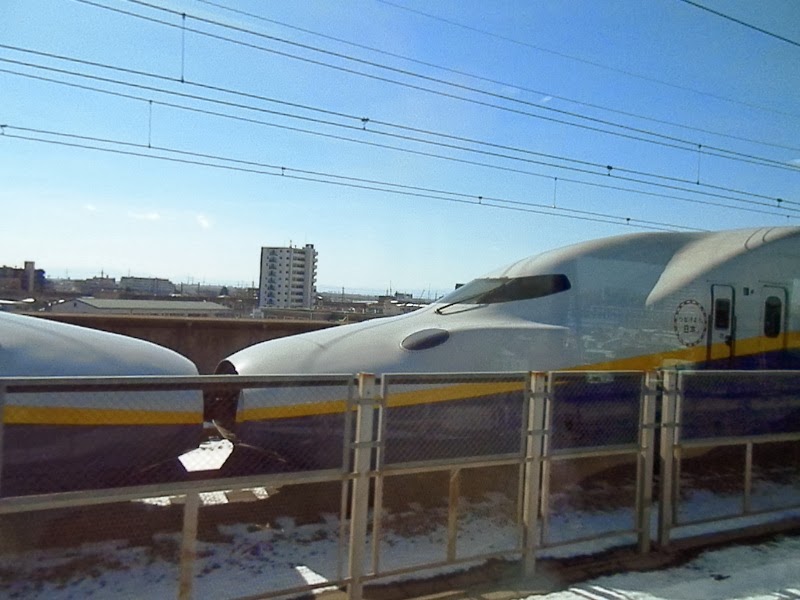 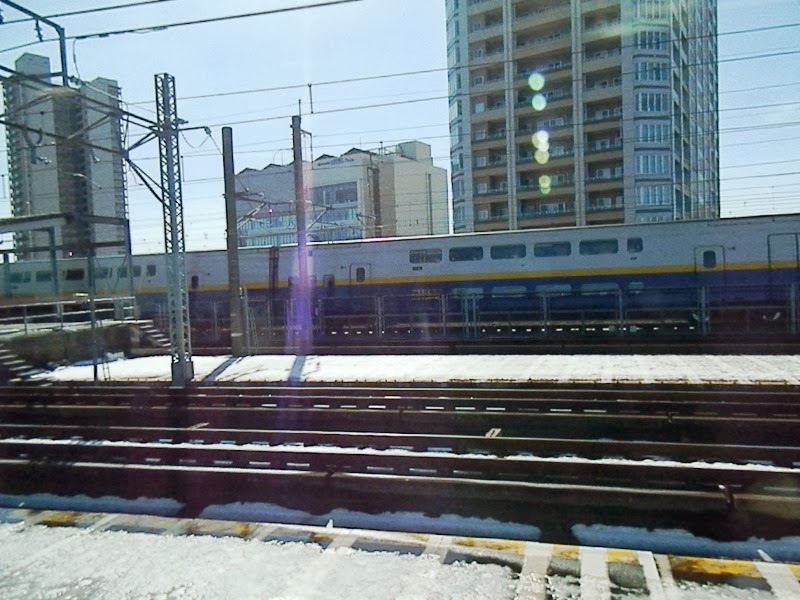 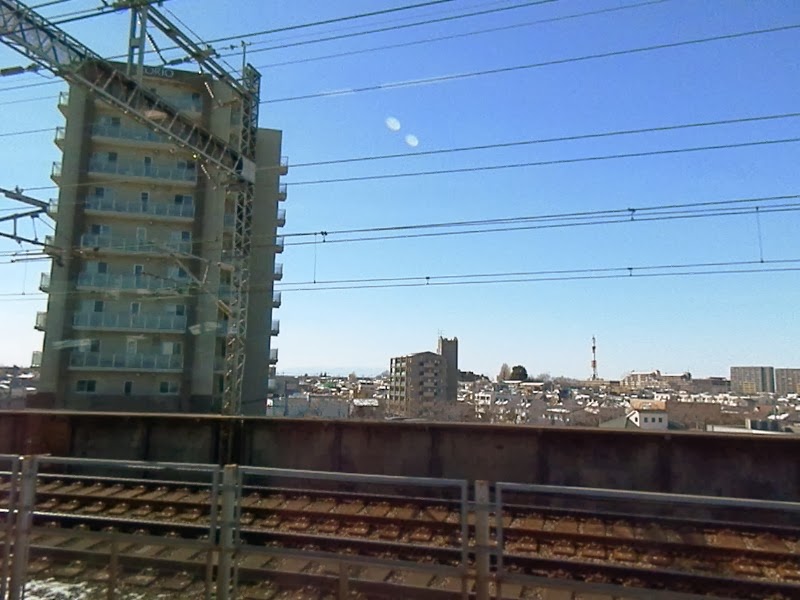 Japanese and Koreans in Real History

Most of Japanese are angry with the South Korean Government as it has virtually launched a diplomatic war against Japan.

South Koreans think their status in the US will be promoted higher as they are blaming Japan for matters in and before WWII.

Put simply Koreans could not modernize and Westernize their society between the late 19th century and the early 20th century, while Russians were trying to invade and occupy any part of the Far East.  Even China, or  Qing Dynasty, which was a suzerain state for the then Korean Kingdom, was powerless before modernized Russian troops.

Without military strength of the Empire of Japan in the Far East at the time, Russians could have colonized Manchuria, North China, and the Korean Peninsula.

So, to build a defense line against Russians, the Empire of Japan helped Koreans get independent from the Chinese rule and modernize its society.  But to the eyes of some Imperial politicians of Japan, Koreans were not effective or wise in this effort.  Though there were some strong objections inside the political community of the Empire, Tokyo decided to integrate Korea as part of the Japanese Empire which had already put Taiwan and some Pacific islands under its rule.

This annexation of Korea in 1910 was achieved through official diplomatic procedures between Tokyo and the Korean Government.  It was based on a treaty endorsed by politicians of both the countries.  And, no large-scale armed resistance occurred in Korea on this annexation.

Nonetheless, it is a big shame for Koreans.  They had once enjoyed rich culture, especially, in terms of Buddhism and Confucianism.  More than 1000 years ago, Japan welcomed Korean immigrants with some cultural skills.  They fled the war-torn Peninsula to the Japanese Archipelago to survive.  Japanese welcomed them and lived peacefully with immigrant Koreans.  Even today there are local places whose names are Korean origin since Korean immigrants settled various parts of Japan (especially a region west of Tokyo is notable in this context).

But as time went by, the Korean society came to become rigid society due to extreme influence of Confucianism.  As China was the homeland of Confucianism, Korea got subject to China religiously, culturally, and politically.  It was a situation not found in Japan.  Japan cut an official diplomatic tie with China in the 9th century, though cultural and commercial ties were maintained.  But Korea actually became a tributary of China.

So, when Western Powers, such as the UK, France, the US, and Russia, expanded their overseas activities to build more colonies in Asia in the late 19th century, three major countries in the Far East, namely Japan, China and Korea, were put in trial.  China was partly colonized.  Korea had no strength and means to prevent Western invasion, being destined to be colonized soon.  But Japanese carried out reformation of the state and society (called the Meiji Restoration), advancing to modernization and Westernization.  And Japanese could finally achieved their own version of the Industrial Revolution in the late 19th century.  The gap of national power between Japan and Korea was ever increasing since then.  And finally, Japanese politicians decided to annex Korea to the Empire for efficient modernization of the Korean society.

(And the Empire of Japan invested more into Korea before WWII than it exploited Korea so as to make Korea a strong part of the Empire and also a reasonable market for Japanese industry.)

This is another face of the so called colonization of Korea by the Empire of Japan.  And it is very unfair for the US to neglect it when it shows any compassion to Korean people.

In fact, many old South Koreans who lived the era before WWII and after WWII admitted that the Japanese rule had some reasonable bases.  Without the Empire of Japan, South Korea today must be part of North Korea at best.

So, South Koreans living in the US must not try to harm friendly relationship between Japan and the US by telling Americans a lie about special types of Korean women who served Imperial troops of Japan while Korean men opted to get money in exchange rather than to keep their women.

The treaty became effective the same day and was published one week later. The treaty stipulated:

Article 2: His Majesty the Emperor of Japan accepts the concession stated in the previous article and consents to the annexation of Korea to the Empire of Japan.
http://en.wikipedia.org/wiki/Korea_under_Japanese_rule#Japan.E2.80.93Korea_annexation_treaty.2C_1910

Anyway, it was an era when the US colonized the Philippines, the UK colonized Part of China, Malaysia, Burma, and India; France colonized Vietnam; and the Netherlands colonized Indonesia without expecting that.their rule in Asia would someday end, though it was ended with the Pearl Harbor Attack so successfully and bravely carried out by the Imperial Navy of Japan in 1941. 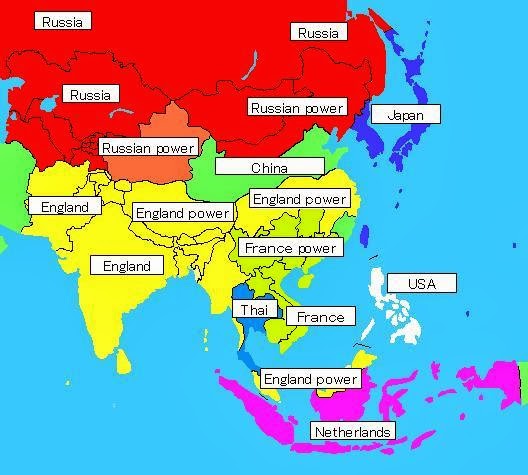 The State of Colonization in Asia before WWII


Refer to the following posting:
http://eereporter.blogspot.jp/2010/07/he-sighed-and-saith-unto-him-ephphatha.html

Rev 2:16 Repent; or else I will come unto thee quickly, and will fight against them with the sword of my mouth.

Posted by EEreporter at 2/16/2014 06:29:00 PM Links to this post
Email ThisBlogThis!Share to TwitterShare to FacebookShare to Pinterest
Newer Posts Older Posts Home