"in vain do they worship me" - Foreign Debts of the US 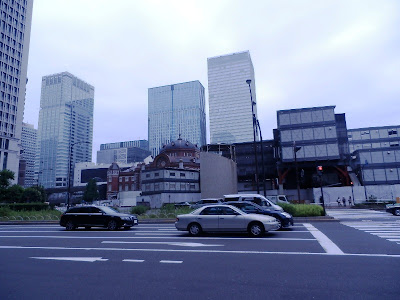 The Tokyo Station under Repair, Tokyo


Foreign Debts of the US

The US is the largest owner of external assets and external debts.

But Japan is not.

Yes, to your surprise, Japan has less foreign debts than the US, the EU, the UK, Germany and France.  But Japan has the largest foreign assets only next to the US. 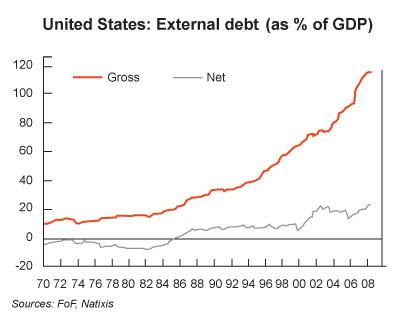 It is also of concern that most of the U.S. external current account deficit is now being financed by central banks, particularly in the OPEC countries and China, rather than by private investors. Foreign central bank dollar holdings now exceed US$6 trillion, of which more than one-quarter is held by the Chinese central bank. Earlier this month, the Chinese premier expressed his unease about China’s very large exposure to changes in the value of the U.S. dollar that was posed by China’s holdings of U.S. government bonds.

The world of today has one big problem as the US relies on China in maintaining its financial balance.  China is financing the US.

But truth is this.  China imports, legally or illegally, Japanese technology and funds to have industrial capability.  China produces goods and products for Wal-Mart, Apple, and other US companies.  China receives a huge amount of dollars from the US.  And then China invests those dollars into the US financial market.

The point at issue is whether it is possible that the US and China make war against each other for any interest.  It is not.  But, if a revolution and a civil war should occur in China, the US might be involved with its superior military capability.  Till the start of the 22nd century, this situation can happen in and around China.  The Chinese Communist Part will lose power.

Another possibility is that more and more Chinese will move to the US to live there as permanent residents.  Till the start of the 22nd century, about 30 million more Chinese might be living in the US whether or not on the permanent basis or the temporary basis.

But, the peace would be maintained due to the presence of Japan.


Mar 7:7 Howbeit in vain do they worship me, teaching for doctrines the commandments of men.
Mar 7:8 For laying aside the commandment of God, ye hold the tradition of men, as the washing of pots and cups: and many other such like things ye do.