"good tidings of great joy" - Paul and Peter in Rome 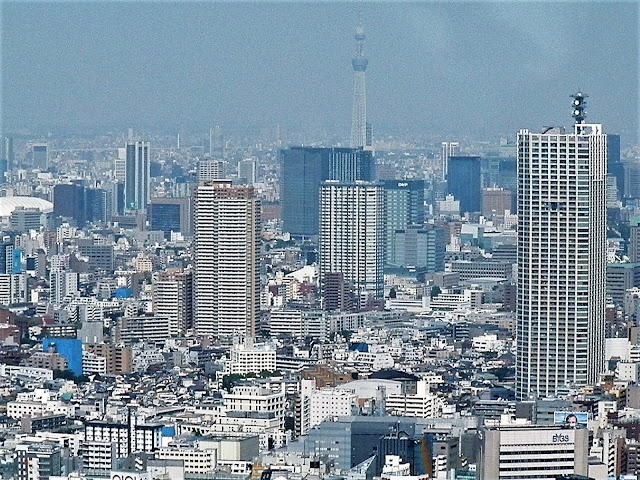 Paul and Peter in Rome

It is thought that St. Paul spent two years in Rome, the capital of the Roman Empire.

St. Peter also came to Rome.  However, as Luke did not mention Peter in Rome in Acts, Peter must have come to Rome after Paul.  But, as Luke, who followed Paul to Rome, probably wrote the Gospel and Acts in Rome taking a year or so, Peter came to Rome one year after Paul's arrival at Rome.

But why did not Luke rewrite or modify Acts to add Peter's arrival at Rome?  It is because Luke must have become busy in preaching with Peter on streets, synagogues, etc. of Rome or Luke had already handed over his Acts to someone.  As Paul was in a state of a kind of house arrest, Paul probably could not openly go out and preach the Gospel.  So, he must have checked the Gospel.

In the meantime,  Peter must have been exhaustively preaching the Gospel in Rome till Nero executed both Peter and Paul.  Therefore, it was just for one year that Peter preached on Christ Jesus to Roman citizens.  But his preaching must have been so moving and impressive to the citizens of Rome, so that Peter acquired many believers.  Therefore, Peter was regarded as the First Pope even today.

Anyway, if Peter had not come to Rome, he could not have been regarded as the first Pope especially by Christians in Rome in subsequent years.  But, it was just one year's activities that allowed Peter to be honored as the First Pope.

One question is that whether Peter used the Gospels according to Luke and Mark in his preaching in Rome?  These Gospels might have been still checked by Paul under house arrest.  However, if Peter had used these Gospels in his mission, these Gospels should have become naturally more authentic.

Put simply, it is thought these Gospels must have been written based on the same source document, which Paul must have kept since he had obtained it probably in Qumran, in the same period of time such as during Paul's house arrest in Rome till his death.

The church in Rome was already flourishing when Paul wrote his Epistle to the Romans about AD 57,[42] he greets some fifty people in Rome by name,[43] but not Peter whom he knew. There is also no mention of Peter in Rome later during Paul's two-year stay there in Acts 28, about AD 60-62. Some Church historians consistently consider Peter and Paul to have been martyred under the reign of Nero,[44][45][46] around AD 65.

In a strong tradition of the Early Church, Peter is said to have founded the Church in Rome with Paul, served as its bishop, authored two epistles, and then met martyrdom there along with Paul. Christians of different theological backgrounds are in disagreement as to the exact significance of Peter's ministry. For instance:

Roman Catholics view Peter as the first pope. The Roman Catholic Church asserts that Peter's ministry, conferred upon him by Jesus of Nazareth in the gospels, lays down the theological foundation for the pope's exercise of pastoral authority over the Church.

Eastern Orthodox also believe that Peter's ministry points to an underlying theology wherein a special primacy ought to be granted to Peter's successors above other Church leaders but see this as merely a "primacy of honor", rather than the right to exercise pastoral authority.

Protestant denominations assert that Peter's apostolic work in Rome does not imply a connection between him and the papacy.
Similarly, historians of various backgrounds also offer differing interpretations of the Apostle's presence in Rome.
https://en.wikipedia.org/wiki/Saint_Peter


Luk 2:10 And the angel said unto them, Fear not: for, behold, I bring you good tidings of great joy, which shall be to all people.
Luk 2:11 For unto you is born this day in the city of David a Saviour, which is Christ the Lord.

Posted by EEreporter at 2/10/2017 11:10:00 PM Links to this post
Email ThisBlogThis!Share to TwitterShare to FacebookShare to Pinterest 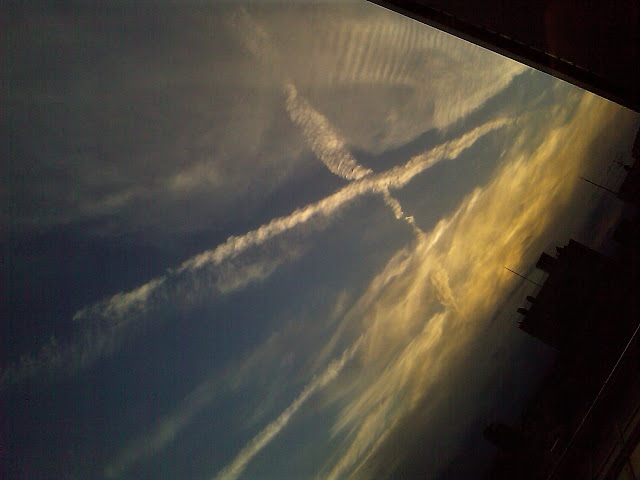 The Biggest Miracles of the First Century


There were three major incidents in the Roman Empire when Christianity started to prevail in Rome and other parts of the Empire: the persecution and execution of Paul and Peter by Emperor Nero (about AD 65), the First Jewish-Roman War (AD 66-73), and the eruption of Mount Vesuvius (AD 79).  In addition, the so-called Second Pope Linus, appointed by Paul and Peter, died about AD 76.   What's more it is believed that the Gospels started to be written in these years.

The key figures behind the Gospels are apparently Paul and Peter.

My theory is that Paul obtained the original source document (a kind of the Q source) written in Hebrew or Aramaic in Qumran where he traveled after having encountered the spirit of Christ Jesus on his way to Damascus and spent three years before he first went to Jerusalem to see Peter and Jesus's brother James.  Through this document, Paul got enough knowledge about Christ Jesus and confidence that he now knew Christ Jesus as much as other direct Disciples of Christ Jesus.

Paul traveled preaching the Gospel even to Rome, while secretly keeping the document.  But, when he reached Rome, some of his followers that could read and write Greek asked Paul to translate the document into Greek.  Or, Paul asked them to do it.  And, while the translation work was going on, Peter arrived at Rome.  So, those translators must have gotten additional information from Paul and included some advice from Paul into their work.  Even after the Jewish-Roman War, they somewhat modified their translation versions of the Gospels.   Therefore, Gospels according to Mark, Luke, and Matthew are authentic.    But what happened to the source document Paul had after his death?

It must have been handed over to  Linus, of course.  But what happened with it after the death of Linus?  Was it destroyed by the eruption of  Mount Vesuvius while someone that obtained the document from Linus went to Pompeii with it when the volcano erupted and killed about 2,000 people there,

Again, in my theory, John wrote his translation version of the Gospel around Pompeii as he had obtained the document after the death of Linus. But due to the eruption he lost the document. John survived and then wrote the Apocalypse or Revelation of John based on his experiences in Pompeii.  Accordingly, the Gospel according to John and the Revelation of John are authentic.

So, these were the biggest miracles of the first century in addition to the emergence of Christ Jesus: the persecution an execution of Paul and Peter by Emperor Nero (about AD 65); the First Jewish-Roman War (AD 66-73); and the eruption of Mount Vesuvius (AD 79).  In addition, the so-called Second Pope Linus, appointed by Paul and Peter, died about AD 76.


Joh 2:9 When the ruler of the feast had tasted the water that was made wine, and knew not whence it was: (but the servants which drew the water knew;) the governor of the feast called the bridegroom,
Joh 2:10 And saith unto him, Every man at the beginning doth set forth good wine; and when men have well drunk, then that which is worse: but thou hast kept the good wine until now.
Posted by EEreporter at 2/09/2017 09:33:00 AM Links to this post
Email ThisBlogThis!Share to TwitterShare to FacebookShare to Pinterest

"the days were accomplished" - Source of Paul's Great Confidence 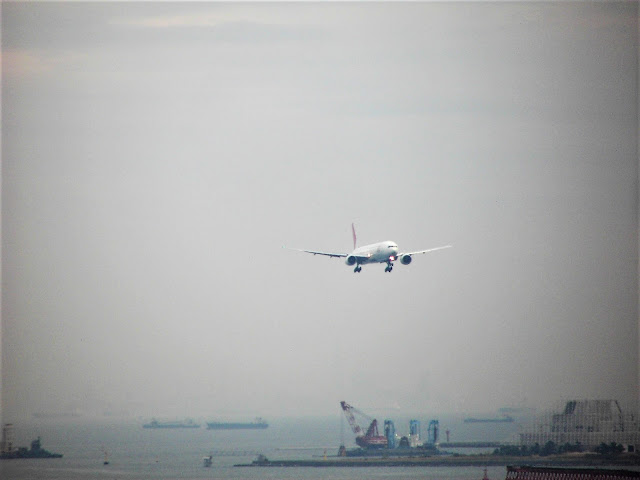 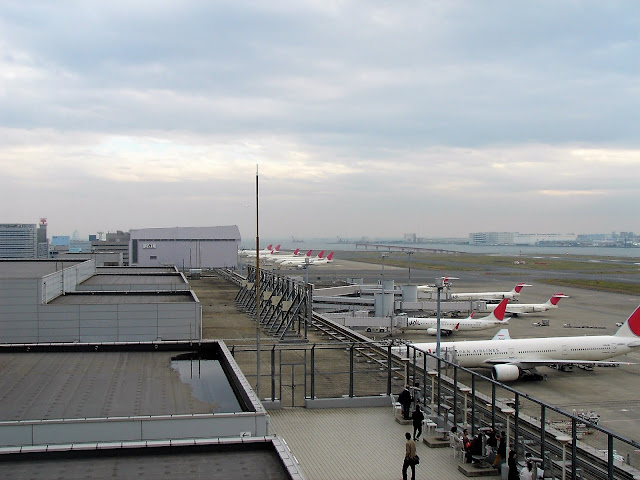 
Even if four persons hear the same long story from one and the same person, they will probably record vastly different four stories.

Therefore, there must have been a written source for those Gospels.  And, this written source must be in Hebrew or Aramaic, since the very early Christians who were also Judaists had almost no passion to preach the Gospel to foreigners or gentiles.

And, the great confidence of Paul that he understood Christ Jesus as much as Peter and other direct disciples of Christ Jesus tells that Paul had some concrete proof or report on the holy mission of Christ Jesus that must have been the written source based on which the four Gospels were written later.

Therefore the four Gospels according to Mathew, Mark, Luke, and John must have been based on one written source Paul had.  But translation work caused some differences among them.  Anyway, therefore, the four Gospels were chosen as authentic books for the New Testament.

But who had given the written source to Paul and where?  This is one of the most important issues to understand Chrisitanity.


Luk 2:6 And so it was, that, while they were there, the days were accomplished that she should be delivered.
Luk 2:7 And she brought forth her firstborn son, and wrapped him in swaddling clothes, and laid him in a manger; because there was no room for them in the inn.
Posted by EEreporter at 2/06/2017 09:32:00 AM Links to this post
Email ThisBlogThis!Share to TwitterShare to FacebookShare to Pinterest
Newer Posts Older Posts Home