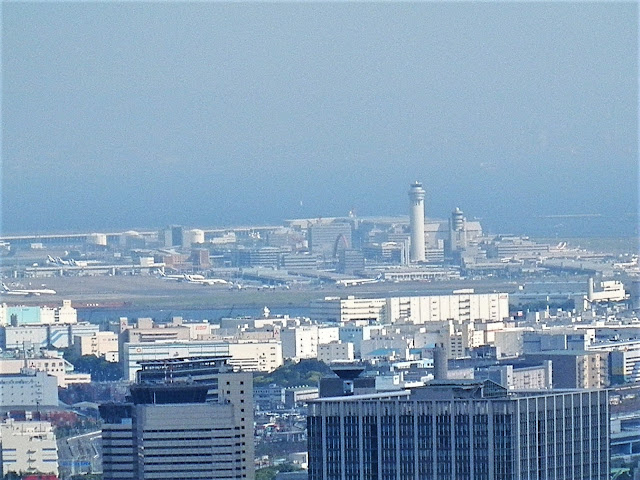 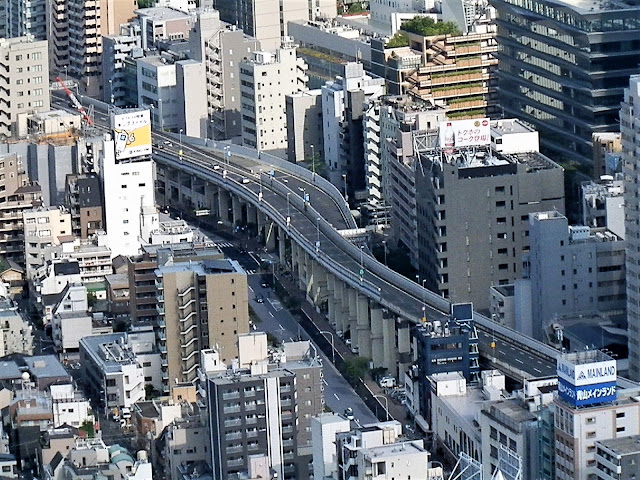 But Israelites seemed not to fully observe these Commandments.  So, God sent Christ Jesus to Israelites and other peoples to remind them of the Ten Commnadments.

But Israelites and other peoples seemed not to fully observe the teaching by Christ Jesus.  So, God gave Islam to other peoples.


The Qur'an includes a version of the Ten Commandments in sura Al-An'am 6:151:
"Say: "Come, I will rehearse what Allah hath (really) prohibited you from": Join not anything with Him; be good to your parents; kill not your children on a plea of want;- We provide sustenance for you and for them;- come not nigh to indecent deeds. Whether open or secret; take not life, which Allah hath made sacred, except by way of justice and law: thus doth He command you, that ye may learn wisdom. And come not nigh to the orphan's property, except to improve it, until he attain the age of full strength; give measure and weight with (full) justice;- no burden do We place on any soul, but that which it can bear;- whenever ye speak, speak justly, even if a near relative is concerned; and fulfill the Covenant of Allah. thus doth He command you, that ye may remember."

But Muslims seem not to fully observe this version of the Ten Commandments.  So, God might make the Last Judgment.

There are many religions and philosophical teachings such as Buddhism, Confucianism, some schools of the Greek Philosophy taught by Socrates, etc. that encourage practice of ethic.  But, Judaism is outstanding in presenting a moral code in such a simple and strong manner.  It is also unique in that it claims that God ordered men to observe the commandments highly related to ethic.

However, today nobody seems to seriously worry about God's request and possible consequences of men's failure to meet it.  It looks like the mankind insults God.  It is very terrible, since we cannot defend ourselves if God should definitely punish us.


Mar 6:1 And he went out from thence, and came into his own country; and his disciples follow him.
Mar 6:2 And when the sabbath day was come, he began to teach in the synagogue: and many hearing him were astonished, saying, From whence hath this man these things? and what wisdom is this which is given unto him, that even such mighty works are wrought by his hands?

Posted by EEreporter at 6/01/2017 10:09:00 PM Links to this post
Email ThisBlogThis!Share to TwitterShare to FacebookShare to Pinterest

"Who touched my clothes?" - A Miracle Whose Probability is almost Zero 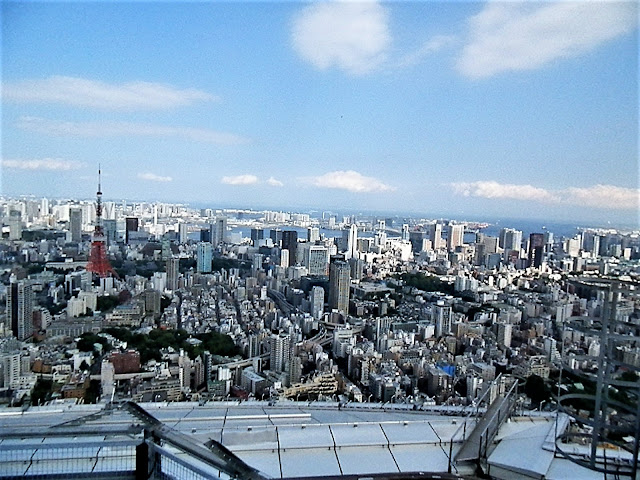 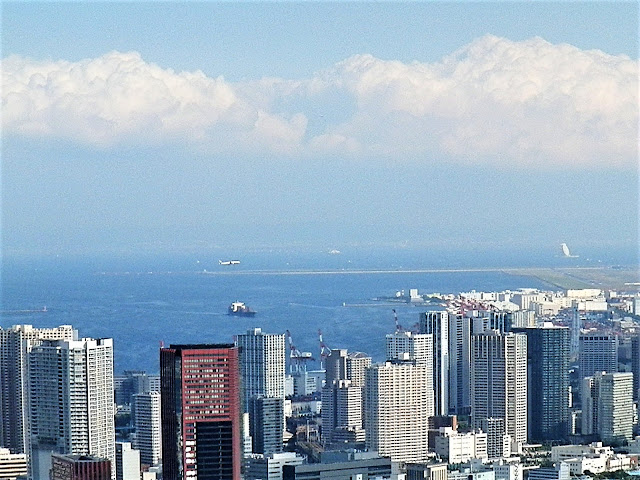 
A Miracle Whose Probability is almost Zero

If there was no sun in this universe, there would be no earth, no mankind, and none of you.

In reality, we, the mankind, exist at 100% of probability.  It is a miracle.  But can we believe that it is God that allowed this miracle to occur?  Or should we stick to an idea that we, the mankind, just happened to come to exist by chance or accident?

From a rational point of view, we had better believe in God.


Mar 5:27 When she had heard of Jesus, came in the press behind, and touched his garment.
Mar 5:28 For she said, If I may touch but his clothes, I shall be whole.
Mar 5:29 And straightway the fountain of her blood was dried up; and she felt in her body that she was healed of that plague.
Mar 5:30 And Jesus, immediately knowing in himself that virtue had gone out of him, turned him about in the press, and said, Who touched my clothes?
Posted by EEreporter at 5/30/2017 10:41:00 PM Links to this post
Email ThisBlogThis!Share to TwitterShare to FacebookShare to Pinterest 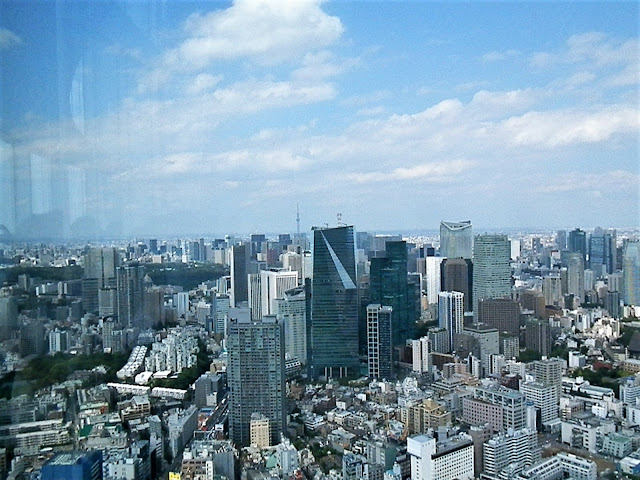 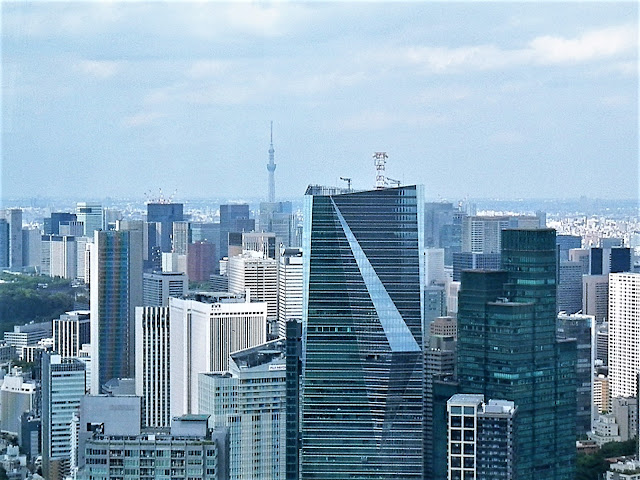 Afterlives in Judaism and Sumerian Religion

Everybody living, no matter how rich, will die someday.  But not all believe that there is an afterlife.  In this context, it is interesting that Judaism seems to lack the clear concept of the afterlife.

Olam ha­Ba (afterlife) is rarely discussed in Jewish life, be it among Reform, Conservative, or Orthodox Jews. This is in marked contrast to the religious traditions of the people among whom the Jews have lived. Afterlife has always played a critical role in Islamic teachings, for example. To this day, Muslim terrorists who are dispatched on suicide missions are reminded that anyone who dies in a jihad (holy war) immediately ascends to the highest place in heaven. In Christianity, afterlife plays a critical role; the vigorous missionizing efforts of many Protestant sects are rooted in the belief that converting nonbelievers will save them from hell.

Jewish teachings on the subject of afterlife are sparse: The Torah, the most important Jewish text, has no clear reference to afterlife at all.
(http://www.jewishvirtuallibrary.org/afterlife-in-judaism)

Ancient Mesopotamian Beliefs in the Afterlife

Unlike the rich corpus of ancient Egyptian funerary texts, no such “guidebooks” from Mesopotamia detail the afterlife and the soul’s fate after death. Instead, ancient Mesopotamian views of the afterlife must be pieced together from a variety of sources across different genres...

Ancient Mesopotamians conceptualized the netherworld as the cosmic opposite of the heavens and as a shadowy version of life on earth. Metaphysically, it was thought to lie a great distance from the realm of the living. Physically, however, it lay underground and is poetically described as located only a short distance from the earth’s surface...
The Mesopotamian netherworld is therefore best understood as neither a place of great misery nor great joy, but as a dulled version of life on earth...

The Mesopotamian netherworld was neither a place of punishment nor reward. Rather, it was the only otherworldly destination for dead spirits whose bodies and graves or cult statues had received proper ritual care...

Just as the well-being of the ghost in the netherworld was contingent upon offerings from the living, so too was the well being of the living contingent upon on the proper propitiation and favor of the dead. To a notable degree, these afterlife beliefs reflected and reinforced the social structure of kinship ties in Mesopotamian communities.
(http://www.ancient.eu/article/701/)


Sumerians were rather cool to concept of the afterlife.  They did not assume Heaven and the hell in a manner that Christians and Muslims assume them.  But their manner to imagine a somber afterlife and respect this life is rather close to that of Judaists.

So, I think it is quite natural that Judaists or Hebrews do not assume an afterlife in a manner of Christians or Muslims because the origin of them is Abraham who was born in Ur of Mesopotamia 4,000 years ago when Sumerians were practicing their culture and religion.

In other word, my theory that Abrahamic religions have their roots in the Sumerian culture is supported by the fact that Judaism does not put a great emphasis on afterlives like the Sumerian religion.

Mat 5:29 And if thy right eye offend thee, pluck it out, and cast it from thee: for it is profitable for thee that one of thy members should perish, and not that thy whole body should be cast into hell.
Posted by EEreporter at 5/29/2017 11:25:00 PM Links to this post
Email ThisBlogThis!Share to TwitterShare to FacebookShare to Pinterest 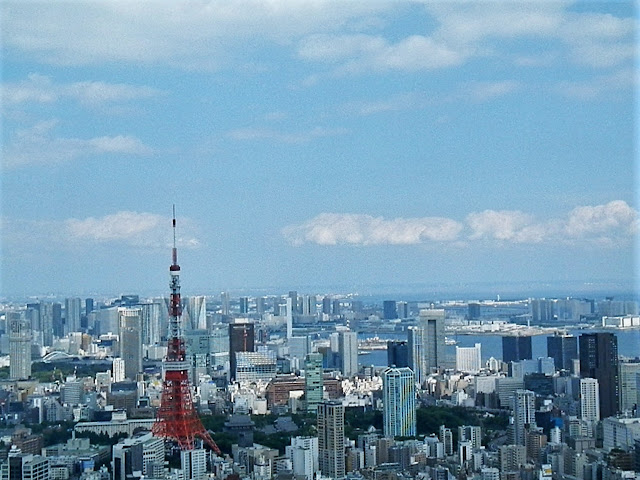 Distinction between the Three Religions

God did not destroy Judaism and Judaists 2000 years ago by sending Christ Jesus.

Although Judaists came into a state that disappointed God enough to send Christ Jesus to Israel, they were not wiped away.  Christ Jesus did not even declare that Judaists should perish, while He said, "God is able of these stones to raise up children unto Abraham."

Rather, as Christianity expanded in Europe, Judaists expanded their presence in Europe.  So, it seems that God had no intention to exterminate Judaists.

And, God did not destroy Christians by giving Islam to Arabs 1400 years ago.  Rather God mentioned Christ Jesus in the Koran where Abraham and Moses were also mentioned.  However, as the Vatican adopted a creed that Christ Jesus was God, God declared in the Koran that Christ Jesus was not God.  Nonetheless, the emergence of Islam must have become a factor of pressure on the Vatican for strong self-control and governance against the rival religion Islam.  As a result, both the religions, Christianity and Islam, have succeeded to maintain their order and avoid total corruption and collapse due to tense relations between them.

Since Islam is the latest religion God has given to mankind, we have to study its contents more carefully.  There must be important messages in the Koran, although Muhammad might have some mistakes in copying holy messages into his own words or Satan might interfere.

Authenticity of Islam is based on its inclusion of Abraham, Moses, and Christ Jesus.  If Islam had neglected these holy figures of Judaism and Christianity from the beginning, it might not have been accepted by Arabs and other tribes.  Or Christians and Judaists in these 1400 years might have fully tried to destroy Islam as a harmful pagan religion.


Abraham in Islam
Ibrahim, known as Abraham in the Hebrew Bible, is recognized as a prophet and messenger in Islam [1][2] of God. Abraham plays a prominent role as an example of faith in Judaism, Christianity, and Islam. In Muslim belief, Abraham fulfilled all the commandments and trials wherein God nurtured him throughout his lifetime. As a result of his unwavering faith in God, Abraham was promised by God to be a leader to all the nations of the world.[3] The Qur’an extols Abraham as a model, an exemplar, obedient and not an idolator.
https://en.wikipedia.org/wiki/Abraham_in_Islam

Moses in Islam
Mûsâ al ibn Amram known as Moses in the Hebrew Bible, considered a prophet, messenger, and leader in Islam, is the most frequently mentioned individual in the Quran.[2] In Islamic tradition, instead of introducing a new religion, Musa is regarded by Muslims as teaching and practicing the religion of his predecessors and confirming the scriptures and prophets before him.[3] The Quran states that Moses was sent by God to the Pharaoh of Egypt and the Israelites for guidance and warning. Moses is mentioned more in the Quran than any other individual, and his life is narrated and recounted more than that of any other prophet.
https://en.wikipedia.org/wiki/Moses_in_Islam

Jesus in Islam
In Islam, Isa ibn Maryam, or Jesus, is understood to be the penultimate prophet and messenger of Allah (God) and al-Masih, the Arabic term for Messiah (Christ), sent to guide the Children of Israel (banī isrā'īl in Arabic) with a new revelation: al-Injīl (Arabic for "the Gospel").[1][2][3] Jesus is believed to be a prophet who neither married nor had any children and is reflected as a significant figure, being found in the Quran in 93 ayaat (Arabic for verses) with various titles attached such as "Son of Mary", "Spirit of God", and the "Word of God" among other relational terms, mentioned directly and indirectly, over 187 times.[2][4][5][6][6][7][8] Jesus is the most mentioned person in the Quran; 25 times by the name Isa, 3rd-person 48 times, 1st-person 35 times, the rest as titles and attributes.
https://en.wikipedia.org/wiki/Jesus_in_Islam

However, the most important role of Islam might be emphasizing the relationship between the mankind and God through Abraham, Moses, and Christ Jesus.  If so, ultimately distinction between the three religions, Judaism, Christianity, and Islam, should be abolished.


Mat 5:28 But I say unto you, That whosoever looketh on a woman to lust after her hath committed adultery with her already in his heart.
Posted by EEreporter at 5/28/2017 09:38:00 PM Links to this post
Email ThisBlogThis!Share to TwitterShare to FacebookShare to Pinterest
Newer Posts Older Posts Home