"Simon's wife's mother lay sick" - One God and Many Religions 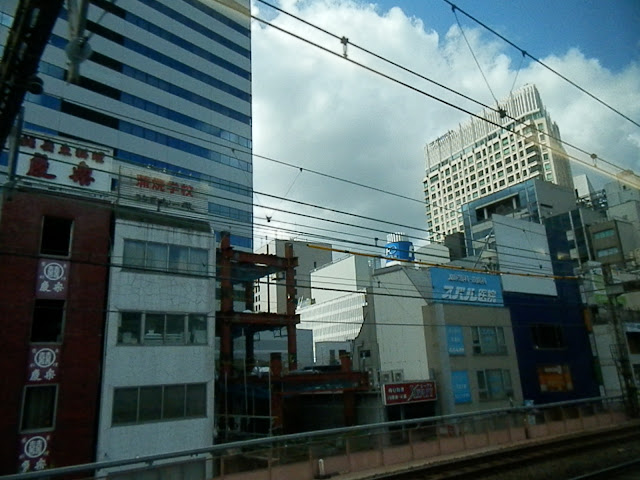 One God and Many Religions


Suppose that God is only one as the sole Creator of the universe.  Then, as everybody understands, the god of Judaists, the god of Christians, and the god of Muslims are one and the same.

It tells religion is not so important as God.  Accordingly, different religions are possible under one and only God.  Religions are paths to God.  There can be many paths around a mountain to its summit.  But without God, there cannot be any religions toward it.

Christians believed that their god is the god of mankind, including Judaists.  Therefore, Christ Jesus told His disciples to preach gospels to the world.

Muslims also believed that their god is the god of mankind, including Judaists and Christians, though they did not and do not believe that Christ Jesus is God.

The important point is how God sees this situation with those different religions established under His name.  Is it what He intended?  Or doesn't He mind rivalry between Judaism, Christianity, and Islam?

However, when God speaks to a man, He will not ask whether he is a Judaist, a Christian or a Muslim.  Rather he should ask if he believes in Him.

Moreover, God will not ask if a man reads and believes the Old Testament, the New Testament, or the Koran.   He will simply ask if he obeys His words.

The reason for the situation of the different religions under one God is that God seldom speaks to men directly.  He spoke to Abraham, Moses, Christ Jesus, and the founder of Islam.  But those who heard words of God from those holy men interpreted them in different ways.  Accordingly, different religions were established.

But, God as the sole Creator of the universe has not been a common concept among peoples.  For example, Buddhists have not based their religion on the concept of the sole god.

In this context, mankind has not yet fully understood or discovered God.  The existence of various religions in the world proves it.  For mankind to evolve, they have to fully understand God and unify all the religions into one.


Mar 1:30 But Simon's wife's mother lay sick of a fever, and anon they tell him of her.
Mar 1:31 And he came and took her by the hand, and lifted her up; and immediately the fever left her, and she ministered unto them.

Posted by EEreporter at 1/30/2016 11:13:00 PM Links to this post
Email ThisBlogThis!Share to TwitterShare to FacebookShare to Pinterest

" John seeth Jesus coming unto him" - Lessons from the Roman Civilization 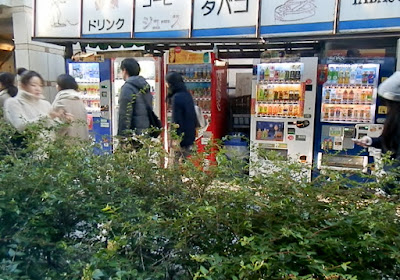 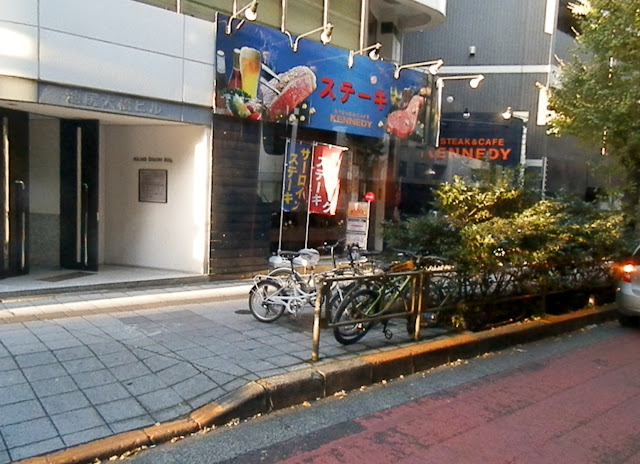 Lessons from the Roman Civilization


The Roman Empire is featured by exhaustive use of metal.

Figure 2.2. An approximation of metal production in the Northern hemisphere as revealed by lead emissions found in the Greenland ice cap.
http://www.econ.ku.dk/kgp/doc/Lectfrms/New%20lecture/Notes/Efter%C3%A5r%202008/Kapitel%202.pdf


It was from the Arabic world that Europe again obtained the metal-related technology in the 11th century, but its large-scale development needed the Industrial Revolution.

Our world today may be another Roman Empire.  Like the fall of the Roman Empire, the modern world with full of advanced technologies might fall sooner or later.  And for mankind to recover from the coming demolition, it might take 1000 years like the case of the metal use after the Roman Empire.

However, no one expects that a devastating catastrophe should occur in the world in the near future to destroy the present material civilization.  Science and technology will develop and advance exponentially.  And mankind will soon reach Mars. Mankind will find other energy resources and develop new energy technologies.  Mankind will even control weather.  There will be no poverty in the world.  However, this optimistic view on the future of mankind lacks reflection on the evil nature of mankind.  Avarice and hubris of mankind might cause such a devastating disaster as was observed in the fall of the Roman Empire.

Then, it might take 2000 years for mankind to recover from obscurity.


Anyway, we had better still learn lessons from the fall of the Roman Empire.


Joh 1:29 The next day John seeth Jesus coming unto him, and saith, Behold the Lamb of God, which taketh away the sin of the world.
Posted by EEreporter at 1/29/2016 10:52:00 PM Links to this post
Email ThisBlogThis!Share to TwitterShare to FacebookShare to Pinterest

"all the region round about Galilee" - Who Can Identify God 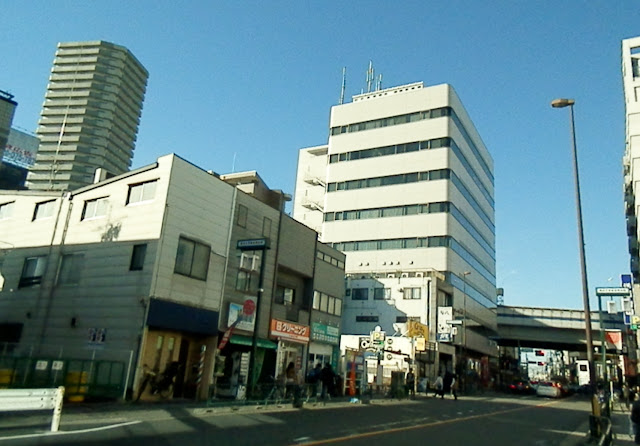 Who Can Identify God


The Bible teaches that what is seen is made of what cannot be seen.

The human mind is shaped, formed, and cultivated, taking years after birth of a man.  It is not a simple mechanism to control and preserve the human body and the physical existence of the human being.  It can judge, think, wish, and pray for something based on its intelligence beyond the limit of a living thing.  It finally admits existence of the spiritual world above the nature and the human mind.

If we admit that God created this universe and the spiritual world, it is easy to understand what we are.  We are not alone in the vast universe, but we were created by God who always watches us.  This connection to God can be called love from and to God.

Whether you are an atheist or not, if you are absorbed in a daily life involving money and desire, you have no time to think of God, the Creator of your body and soul.  Your connection to God becomes weak and weaker.  In such living, finally you will think and behave like an atheist with your own desire, pride, and happiness placed at the center of your world.  Then you are out of the grand law and order of the universe and the spiritual world that were created by God.  You will not be admitted to Heaven.

In the age of Christ Jesus, namely 2000 years ago, people saw Satan, devils, and ill spirits.  They saw some sick men or mad men being controlled by ill spirits.  So, Christ Jesus and His disciples could drive them out, since they could see ill spirits and devils.  It means that they could also see angels and holy ghosts.

But today, most people have lost ability to identify ill spirits, devils, and Satan (since they become so friendly to them to be their relatives).  It means that they have also lost the ability to see angels, holy ghosts, and Christ Jesus.

That is why we had better think that the Advent of Christ Jesus has been already realized in these years, but people have already lost ability to identify Him.

But, due to the origin of mankind, anybody will recognize and know God the moment he sees Him, since even Satan knows God very well.

(Then what are such people that cannot identify God?)


Mar 1:28 And immediately his fame spread abroad throughout all the region round about Galilee.
Posted by EEreporter at 1/28/2016 09:58:00 PM Links to this post
Email ThisBlogThis!Share to TwitterShare to FacebookShare to Pinterest

"And Jesus rebuked him" - Gap between the Rich and the Poor 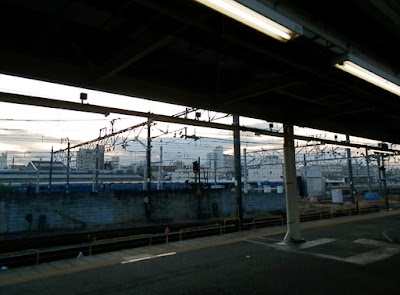 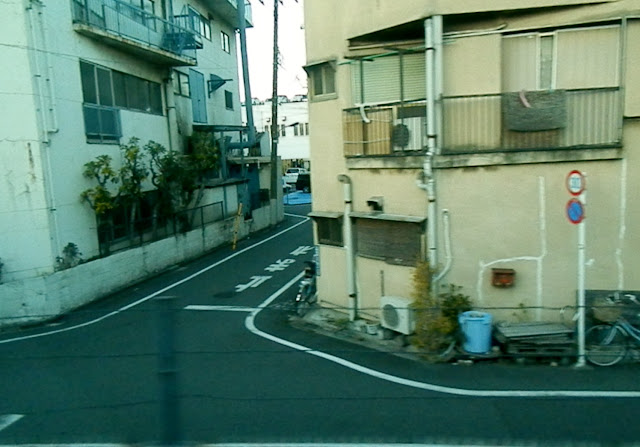 Along a Tokyo railway line


Gap between the Rich and the Poor


When there are two men in the field, can there be a gap between the rich and the poor between them?

If one man finds a banana tree full of bananas, he would share the fruits with another.  There will be no gap between the rich and the poor between them.

But if one man finds a gold stone on the ground, would he share the gold with another?  And, gold has value only in some sort of social organization where gold functions as money.

The gap between the rich and the poor emerged when human society came to use money. Money allows a man to get what he has not produced, acquired or possessed in exchange of money.

From a different aspect, if the two men find a banana tree, a stronger man may force the weaker one to take bananas from the tree for him and declare that all the bananas belong to him.  In this case, the gap between the rich and the poor emerges.

One strong tribe may attack and occupy a weak tribe to enslave them.  Then, the gap between the rich and the poor emerges no matter if no money economy is prevailing.  In this case, the key factor is violence.

From another different aspect, if two men find a banana tree, an evil one between them might try to trick, harm, injure or kill another by poison or any other means to take all the bananas for himself.  Then, the gap between the rich and the poor emerges no matter if no violence is involved.

Or if the two man find a banana tree, one who hates another might just plan and act to take all the bananas by any means, as he doesn't want another to enjoy bananas.

So, to address the gap between the rich and the poor, we have to address these cases of two men and a banana tree.  But can we stop the emergence of the gap between them, while we are so much civilized living in money economy, we possess so many weapons and have potential of violence, we are so much accustomed to evil things, and we hate somebody?

The reason for the coming of the end of the world is the gap between the rich and the poor, in this context.


Mar 1:24 Saying, Let us alone; what have we to do with thee, thou Jesus of Nazareth? art thou come to destroy us? I know thee who thou art, the Holy One of God.
Mar 1:25 And Jesus rebuked him, saying, Hold thy peace, and come out of him.
Posted by EEreporter at 1/25/2016 11:16:00 PM Links to this post
Email ThisBlogThis!Share to TwitterShare to FacebookShare to Pinterest
Newer Posts Older Posts Home