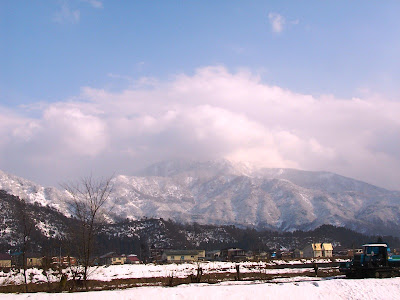 
I watched a late-night TV news program on Friday's night and then asked justice from the God who eventually and benevolently responded to my insistent pleading.

That is why now I have a feeling that the God would throw them out, like He did in fiscal 2008.

According to a survey by Nippon Television, one of major TV stations in Japan, Japanese audiences chose the following heroines a few years ago:

Though I have only a vague idea about Masako Natsume, she was a Japanese actress who died two decades ago or so due to a fatal illness at the height of her popularity, at the age of 27.

Japanese TV audiences are not foolish at all; they are rather unique. But, why can Monroe attract admiration more than Jeanne d'Arc?

Anyway, Japanese TV audiences are strange romantics in light of global norms, if any.

The collapse of Wall Street, the showiest street of a higher level of excellence and expertise of the American power elite, in fiscal 2008 suggested very strongly that ordinary Americans would be virtually killed by the conventional American elite through poor and diminished medical care systems and health-insurance systems.

American workers had no choice but vote for the Democratic Party whose presidential candidate happened to be Mr. Barack Obama.

My idea for a new voting system to choose the head of a government is to adopt an election system where a voter is allowed to select a name and a term of his/her service.

If the designation for "Barack Obama for 2 years" is the largest in the number of ballots, President Mr. Barack Obama would be allowed to serve the nation only for two years.

Ok, you go your way; I will continue my way.

We will not identify each other on any occasions in the future.

This is my word expressed out of deep feeling and sincere contemplation.

Note 2: There is no human or scientific proof that the God is the only one; time flows to one direction only; and human mind exists as one solid entity. That is why fiscal year 2008 can end on 31 March, 2009, before cherry blossoms get all out in Japan. 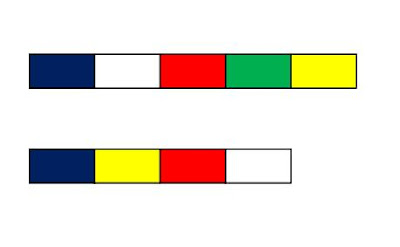 
Rev 3:13 He that hath an ear, let him hear what the Spirit saith unto the churches.

Rev 3:14 And unto the angel of the church of the Laodiceans write; These things saith the Amen, the faithful and true witness, the beginning of the creation of God;

Rev 3:15 I know thy works, that thou art neither cold nor hot: I would thou wert cold or hot.

Rev 3:16 So then because thou art lukewarm, and neither cold nor hot, I will spue thee out of my mouth.


Posted by EEreporter at 3/14/2009 03:06:00 PM Links to this post
Email ThisBlogThis!Share to TwitterShare to FacebookShare to Pinterest

"The LORD God Said unto the Serpent" 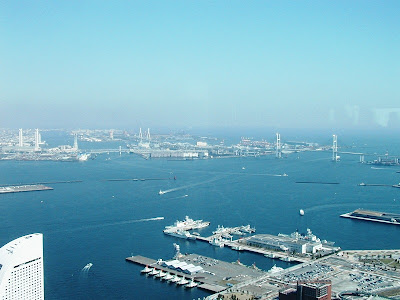 (Yokohama on the Tokyo Bay, where I once had a Christian friend...) 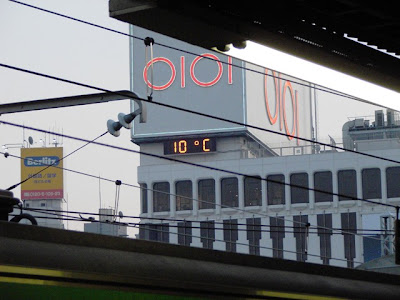 (Tokyo where I once had so-called Christian friends...)

"The LORD God Said unto the Serpent"


This posting happens to be the 1024th in EEE Reporter.

In terms of the number of words and pictures presented, I suppose this blog is the No.1 among all unofficial English documents or publications made open electronically or in other ways to the world by a sole Japanese writer, though I have no intention to seek official recognition by the Guinness Book of Records.

Indeed, this is probably the number one blog, especially on a yearly base, delivered personally by a Japanese person living in Japan and using English and personal pictures without any commercial associations except the blog provider "Blogger."

However, some of you may be contributing to this record...share the glory and praise the God!

Finally, cost-effectiveness is yet to be evaluated, since there are neither sponsors, mentors, employers, nor bosses for this EEE Reporter writer.

(As the end of fiscal 2008 is getting near, the issue is whether you will be able to enjoy cherry blossoms in Japan next year or not, since the flowers never help you live one more year. Je veux dire que rien n'est commun entre le christianisme et les cerisiers.


Gen 3:13 And the LORD God said unto the woman, What is this that thou hast done? And the woman said, The serpent beguiled me, and I did eat.

Gen 3:14 And the LORD God said unto the serpent, Because thou hast done this, thou art cursed above all cattle, and above every beast of the field; upon thy belly shalt thou go, and dust shalt thou eat all the days of thy life:

Gen 3:15 And I will put enmity between thee and the woman, and between thy seed and her seed; it shall bruise thy head, and thou shalt bruise his heel.

Posted by EEreporter at 3/13/2009 11:41:00 AM Links to this post
Email ThisBlogThis!Share to TwitterShare to FacebookShare to Pinterest

"The Hour of Temptation" 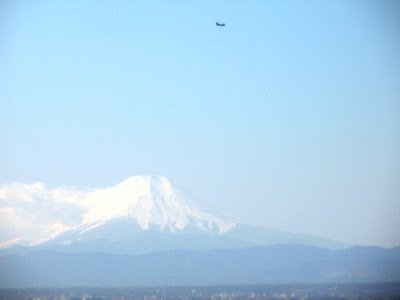 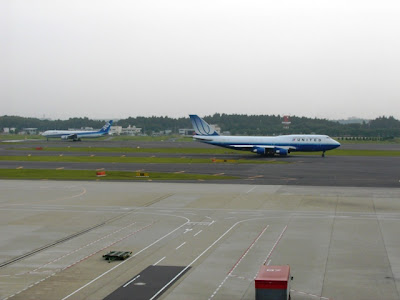 "The Hour of Temptation"


(A State More under the Rule of Law ) 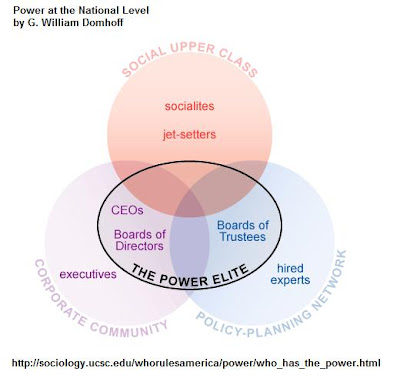 If you live for 20 years among American super-rich people while working in very competent organizations, you would indeed think and look like those old British aristocrats.

What I want to ask is: Is that what you want?

And, what I want to emphasize is that Japan is a state more under the rule of law than the U.K. and the U.S.

Rev 3:10 Because thou hast kept the word of my patience, I also will keep thee from the hour of temptation, which shall come upon all the world, to try them that dwell upon the earth.

Rev 3:11 Behold, I come quickly: hold that fast which thou hast, that no man take thy crown.


Posted by EEreporter at 3/12/2009 10:42:00 AM Links to this post
Email ThisBlogThis!Share to TwitterShare to FacebookShare to Pinterest 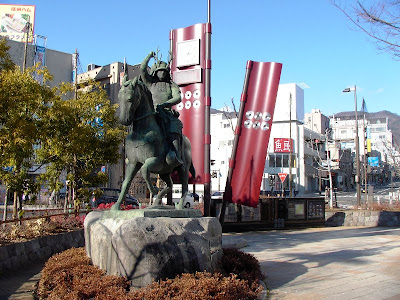 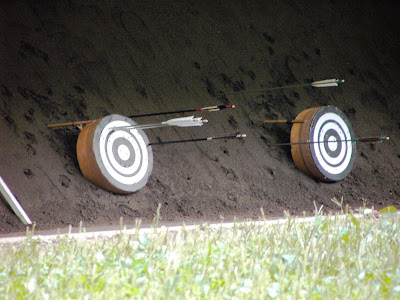 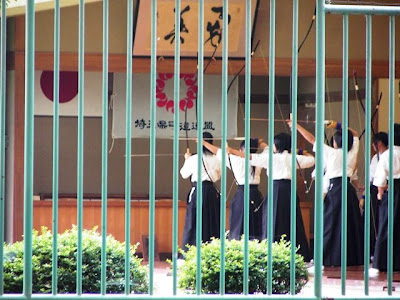 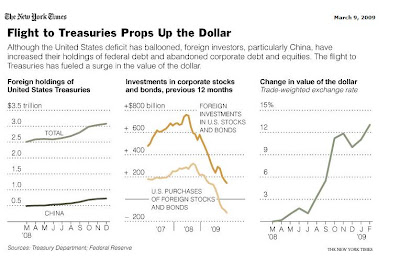 The New York Time would allow me to add certain information to one of the charts. 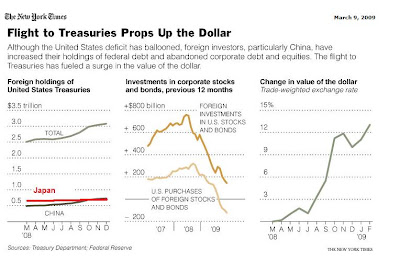 While FRB is fueling one trillion dollars to the financial market to cope with the credit collapse, the value of the dollar has been remarkably kept high. It means situations in other countries are worse than in the U.S.

In other words, a disaster on Wall Street was multiplied and spread all over the world.

Therefore, early recovery of the U.S. financial system is urgently needed. If American corporations and consumers find other schemes and sources that allow them to regain their creditworthiness, economy will be back on the track.

In order to realize this bounceback, you need a new paradigm based on the fear of God.


Joh 3:9 Nicodemus answered and said unto him, How can these things be?

Joh 3:10 Jesus answered and said unto him, Art thou a master of Israel, and knowest not these things?

Joh 3:11 Verily, verily, I say unto thee, We speak that we do know, and testify that we have seen; and ye receive not our witness.

Joh 3:12 If I have told you earthly things, and ye believe not, how shall ye believe, if I tell you of heavenly things?

Posted by EEreporter at 3/11/2009 09:54:00 AM Links to this post
Email ThisBlogThis!Share to TwitterShare to FacebookShare to Pinterest

"The axe is laid unto the root of the trees" 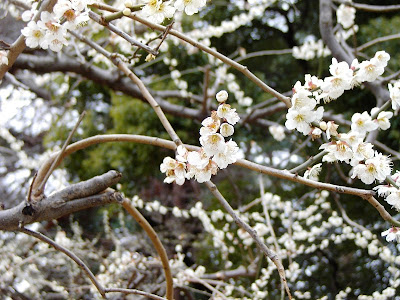 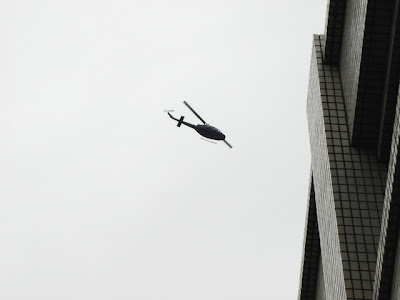 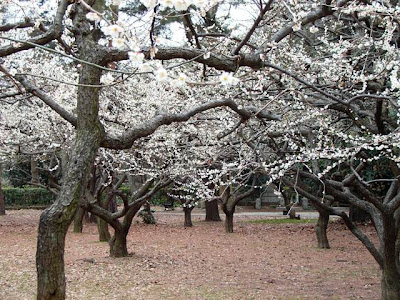 "The axe is laid unto the root of the trees" 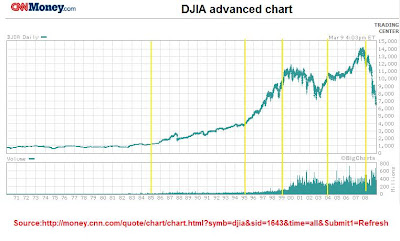 I do not think economists in the world today can excellently analyze the above New York Stock Exchange trend based on understanding of the influence of the computer technology on financial transactions.

When all the economists in the world agree with me and to this notion, people will finally leave the over-extended era of Karl Marx and John M. Keynes.

(I am not a spy for any government or religious sects. What I wanted to point to is the possibility of Judas having been a spy, which must have been the very reason for Jesus' inviting him into his disciples. Vous ne pouvez pas être un espion, Fille, puisque vous êtes japonais, n'est-ce pas?


Luk 3:9 And now also the axe is laid unto the root of the trees: every tree therefore which bringeth not forth good fruit is hewn down, and cast into the fire.

Luk 3:10 And the people asked him, saying, What shall we do then?

Luk 3:11 He answereth and saith unto them, He that hath two coats, let him impart to him that hath none; and he that hath meat, let him do likewise.

Posted by EEreporter at 3/10/2009 11:18:00 AM Links to this post
Email ThisBlogThis!Share to TwitterShare to FacebookShare to Pinterest

"Lest they should throng him" 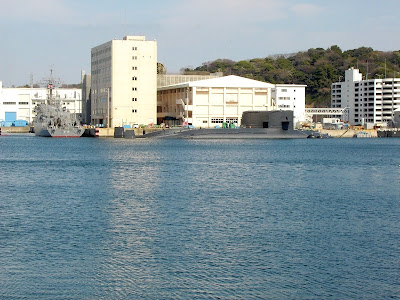 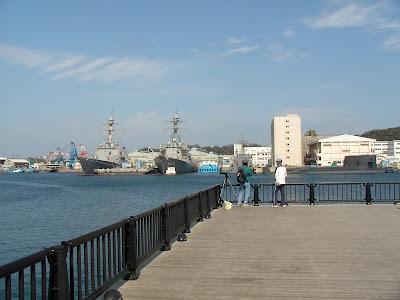 (The Yokosuka Naval Port in the Tokyo Bay)


"Lest they should throng him" 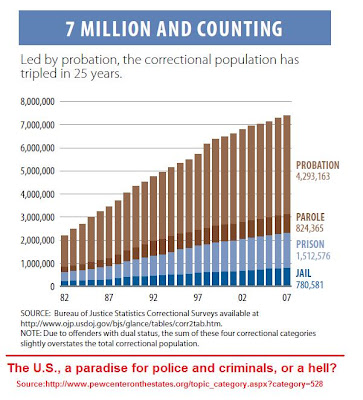 First of all, among seven-million arrested criminals in the U.S. now under official supervision, I suppose there are four categories of people:
1) Those very unlucky to have been arrested while just doing a certain minor illegal thing just like everybody does in daily life for some convenience, probably accounting for two million criminals.

2) Those having done a certain significant illegal act in a very exceptional condition or situation for themselves without controlling mind and emotion and planning the act carefully so as to escape the arrest, probably accounting for two million criminals.

3) Professional criminals or habitual criminals, regardless of their membership in a gangster organization, accounting for two million criminals.
....


2. Trend of an Increase of Criminals

We can assume a feedback system where a next value is a current value plus an increase between the current value and the preceding value.

Please note that this also suggests how the concept of integers had been created before the material universe was created by the God.

Mathematically, it is called arithmetic sequence or arithmetical progression.

But, the core of real meaning of the series is that it is a pattern of feedback systems.

Mar 3:7 But Jesus withdrew himself with his disciples to the sea: and a great multitude from Galilee followed him, and from Judaea,

Mar 3:8 And from Jerusalem, and from Idumaea, and from beyond Jordan; and they about Tyre and Sidon, a great multitude, when they had heard what great things he did, came unto him.

Mar 3:9 And he spake to his disciples, that a small ship should wait on him because of the multitude, lest they should throng him.

Posted by EEreporter at 3/09/2009 12:06:00 PM Links to this post
Email ThisBlogThis!Share to TwitterShare to FacebookShare to Pinterest 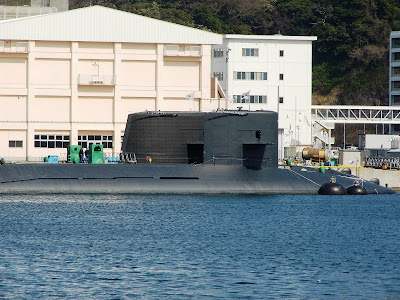 (Mrs. Makiko Tanaka, a Japanese law maker and an ex-Foreign Minister, made a TV appearence this morning, claiming that her late father Kakuei Tanaka's honor as ex-Japanese prime minister had been harmed by CIA or some such 30 years ago...)
Posted by EEreporter at 3/08/2009 11:52:00 PM Links to this post
Email ThisBlogThis!Share to TwitterShare to FacebookShare to Pinterest
Newer Posts Older Posts Home