"John have I beheaded" - Jesus Resurrected in the Flesh? 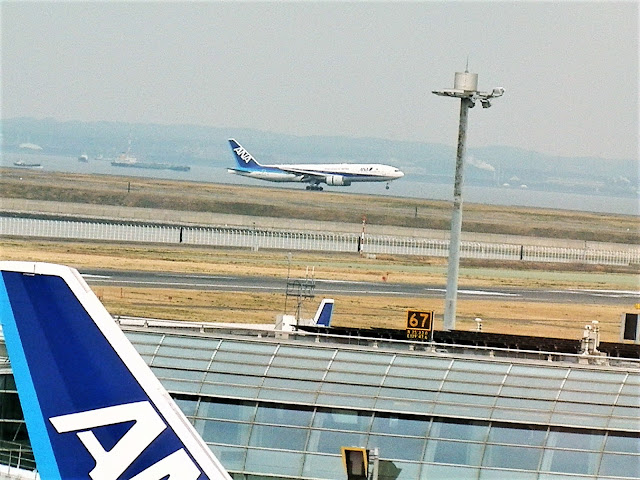 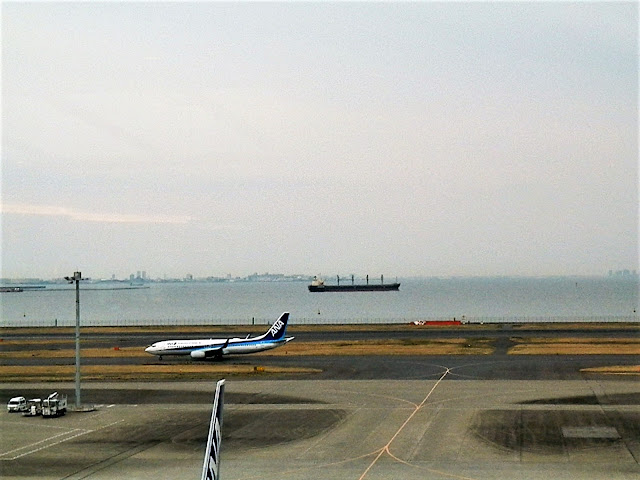 
Jesus Resurrected in the Flesh?

Christians are forced to especially recite a certain miracle of Christ Jesus: "Jesus resurrected in the flesh three days after the death on the crucifix."

If you don't believe and recite the miracle, you cannot be recognized as a Christian by the Vatican or other churches.  However, what does this belief have anything to do with one's belief in God, especially the God of Abraham, Issac, and Jacob?

For example, if a leader of a cult said that black is white and white is black, anybody who doesn't believe it would be rejected by the leader.  Put very skeptically, isn't the Christian creed a kind of test used to strengthen controlling power of a cult leader?

Especially, the miracle is not described in the Gospel according to Mark that was written first among the four Gospels.


Luk 9:7 Now Herod the tetrarch heard of all that was done by him: and he was perplexed, because that it was said of some, that John was risen from the dead;
Luk 9:8 And of some, that Elias had appeared; and of others, that one of the old prophets was risen again.
Luk 9:9 And Herod said, John have I beheaded: but who is this, of whom I hear such things? And he desired to see him.

Posted by EEreporter at 9/09/2017 11:51:00 PM
Email ThisBlogThis!Share to TwitterShare to FacebookShare to Pinterest

"preaching the gospel, and healing every where" - No Christians before the Fall of Jerusalem 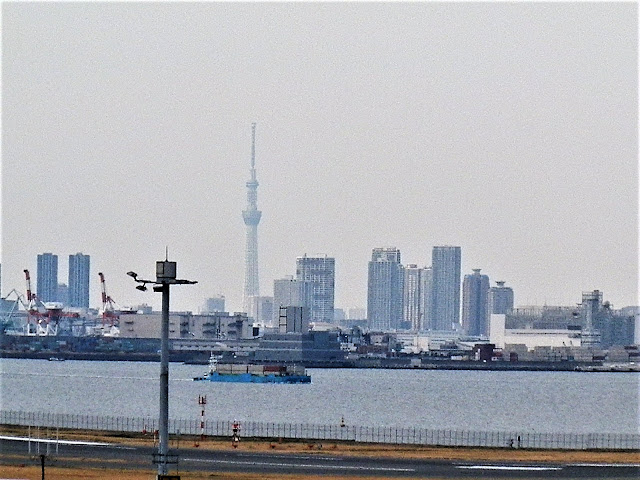 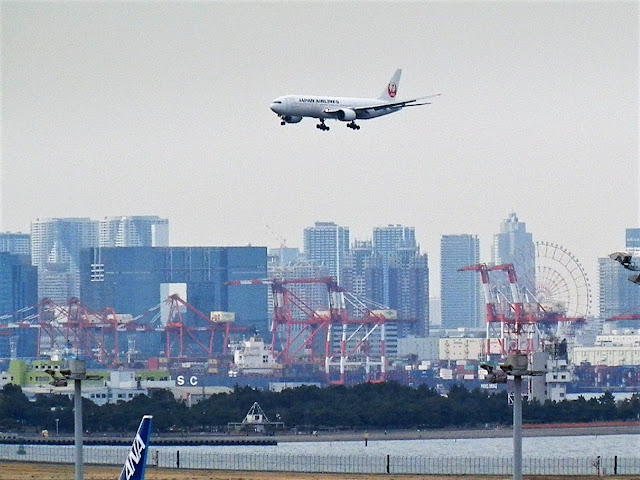 No Christians before the Fall of Jerusalem

Paul thought that the end of the (Jewish) world and the Last Judgment were really close.

Who influenced Paul so that Paul came to have this notion?  It must be Christ Jesus.

From the beginning Christ Jesus was a kind of priest and missionary of Judaism.  He did not work to launch a new religion but acted within the religious scope and paradigm of Judaism.  So, when Christ Jesus preached that the Last Judgment was near, it must be interrupted in the context of Judaism.

And indeed, the Jewish-Roman war erupted in 66, which resulted in defeat of Jewish insurgents against the Roman Empire and destruction of Jerusalem.  Eventually, Judaists were forced to leave Palestine and live in Diaspora.  This incident could be really called the end of the world for Judaists and the Last Judgement on the Jewish people.  In this context, the warning and prophecy by Jesus came true as Paul expected.

The Jewish-Roman war and the fall of Jerusalem must have a huge impact not only on Judaists in the first century but also on the early followers of Christ Jesus' teaching (though they believed that they belonged to Judaism).   But this great shock is not reflected in  the Gospels of Mark, Luke, and Mathew.  Only the Gospel according to John reflected this radical impact.  The followers of Christ Jesus' teaching could not rely on any merits or traditions of Judaism any more, since the Last Judgment on Judaists came true.  Accordingly, John wrote a Gospel of his version based on this notion.  That is why the Gospel according to John is separated from the synoptic Gospels according to Mark, Luke, and Mathew.

Conversely, the synoptic Gospels according to Mark, Luke, and Mathew were written before the Jewish-Roman war when Christianity was not yet established but followers of Christ Jesus' teaching and Christ Jesus Himself believed they were part of Judaists and followers of Judaism.  However, the Gospel according to John which must have been written in awe in the aftermath of the destruction of Jerusalem in the Jewish-Roman war was the real first holy book of Christianity.  In this sense, even the letters by Paul included in the New Testament belonged to the (Christian) era before real Christianity.


Luk 9:6 And they departed, and went through the towns, preaching the gospel, and healing every where.
Luk 9:7 Now Herod the tetrarch heard of all that was done by him: and he was perplexed, because that it was said of some, that John was risen from the dead;
Posted by EEreporter at 9/06/2017 11:12:00 PM
Email ThisBlogThis!Share to TwitterShare to FacebookShare to Pinterest 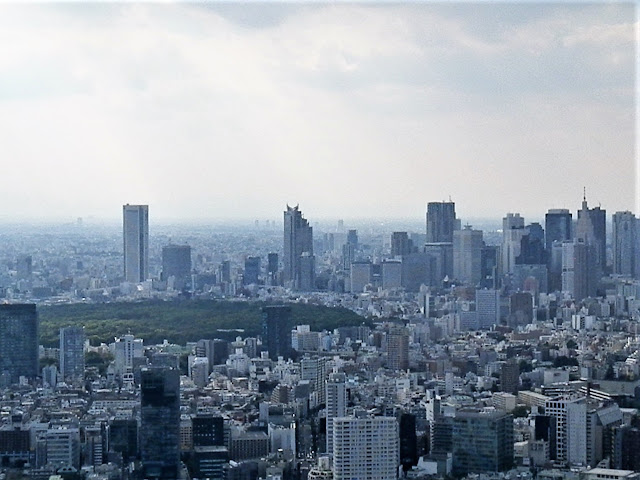 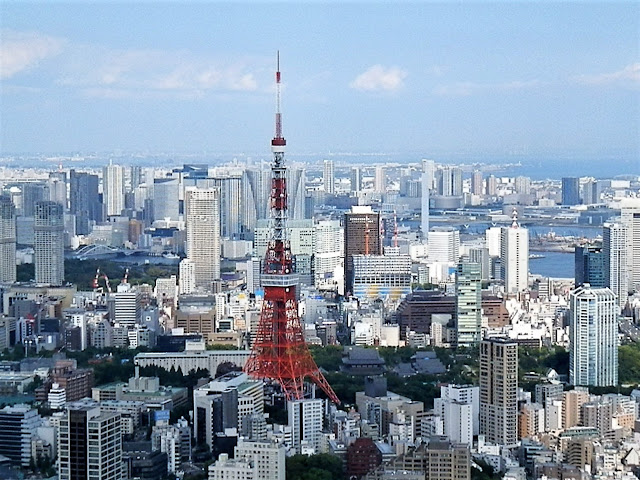 Suppose that God created this universe and the mankind, how could He leave the mankind without recognition of, respect for, and faith in Him?

Since the beginning of the history of the mankind, the God must have been carefully watching the mankind in terms of when the mankind realized God, how and how much it showed respect for God, and what religion it would establish to practice its faith in God.

There have been various religions since the beginning of the establishment of the human species.  The mankind believed various gods in the past.  However, it looks true that today most members of the mankind have come to believe that it is the God of Judaists, Christians, and Muslims if true God should ever exist.  But does the spiritual situation of the mankind today look satisfactory to God?

Judaism/Christianity belief miraculously started from the very connecting point between Africa, Europe, and Asia, which is today called Palestine.  And, people who believed God of Judaists and Christians eventually came to build dominant civilization called the western civilization.  But, there is one important factor for this civilization to conquer the world: America that came to emerge in the human history 500 years ago.

Before Columbus reached the new world, America, around 1500, the superiority of the western civilization had not been  evident, while Africans had nothing to do with any advanced material civilization, Muslims were controlling the areas around the Mediterranean and the Middle East, Hindus were active in India and around South Asia, and China and Japan were far from Europe, although the Vatican had established its authority in the post-Roman Europe.

Since around 1500, Christianity started to fully spread outside Europe along with Europeans' colonization of Americas, Africa, the Middle East, India, Southeast Asia, part of China, and the Pacific region, including Australia.  So, if Europeans' conquest of the world had been perfect in these 500 years, all Africans, Asians, and other peoples, even including Muslims, must have had one common faith in God as God must have wished when he had created the universe and the mankind.

But in 500 years since 1500 when America was discovered by European Christians; the Vatican started to build the Saint Peter's Basilica; Protestantism was launched by Martin Luther; and the printing technology started to contribute to wider diffusion of the Bible in the general public, full and complete integrity of religions and common faith in God have not been realized in the world.

Today, Judaists do not accept Christianity; Muslims even deny some aspects of the western civilization, sticking to their religion; Hinduism is prevalent in India even after centuries of British colonization; most of South East Asians are practicing Buddhism after centuries of Europeans' colonization; China is actually suppressing Christianity; and Japanese are not interested in Christian churches while Africans are actually influenced more negatively than positively by Europeans.

The people whoever have true faith in this God must have been expected or allowed by the God to establish the most advanced, powerful, and effective civilization with which they could spread their religion and faith in the world.  So, Europeans and Americans built the modern western civilization that spread in these 500 years based on their religion and thus are obliged to promote faith in God in other peoples.  However, without realizing their holy duty or understanding this divine will, Europeans and Americans have pursued their own interest, but not God's interest, by sacrificing other peoples through cruel enslavement of Africans, brutal colonization of Asia, cultural destruction of native Americans and the Pacific people as well as economic exploitation of Muslims most of whom live oil-rich nations.

Joh 9:5 As long as I am in the world, I am the light of the world.
Posted by EEreporter at 9/05/2017 12:35:00 PM
Email ThisBlogThis!Share to TwitterShare to FacebookShare to Pinterest 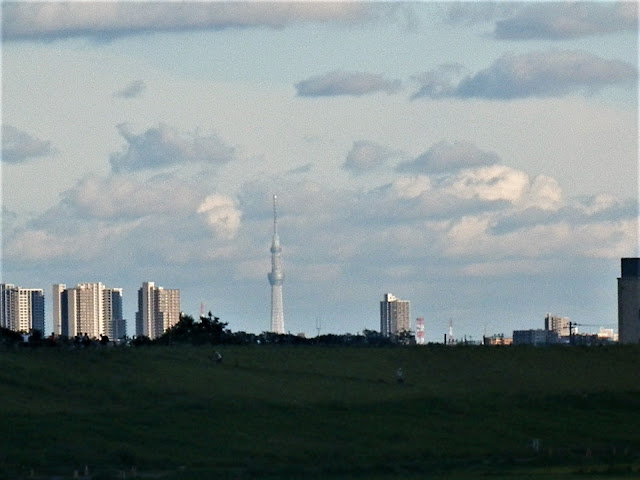 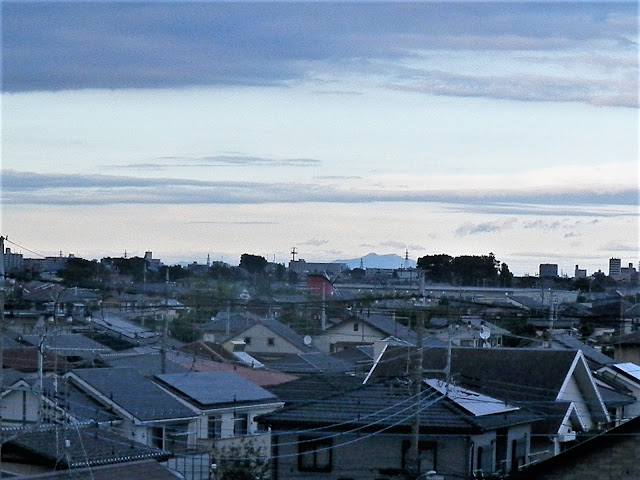 Protestant Spread in the World

The world seems to be accepting Protestantism more than the Vatican expects it to be. 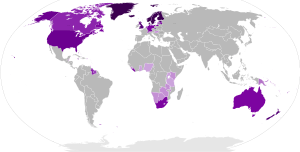 Countries by percentage of Protestants in 1938 and 2010. Pentecostal and Evangelical Protestant denominations fueled much of the growth in Africa and Latin America.


The Papal authority was one of major reasons that Japan rejected Christianity and forbade Christian missionaries coming into Japan in the early 17th century.  But if Protestants had been engaged in missions in Japan at the period, the then Samurai regime of Japan might have allowed them to propagate Christianity of the Protestant version in Japan.   If so, there should not have been national isolation of Japan between the early 17th century and the middle of 19th century.


Rev 9:4 And it was commanded them that they should not hurt the grass of the earth, neither any green thing, neither any tree; but only those men which have not the seal of God in their foreheads.
Posted by EEreporter at 9/04/2017 03:24:00 PM
Email ThisBlogThis!Share to TwitterShare to FacebookShare to Pinterest

"with him Peter, and James, and John" - In the Beginning of the Material Universe 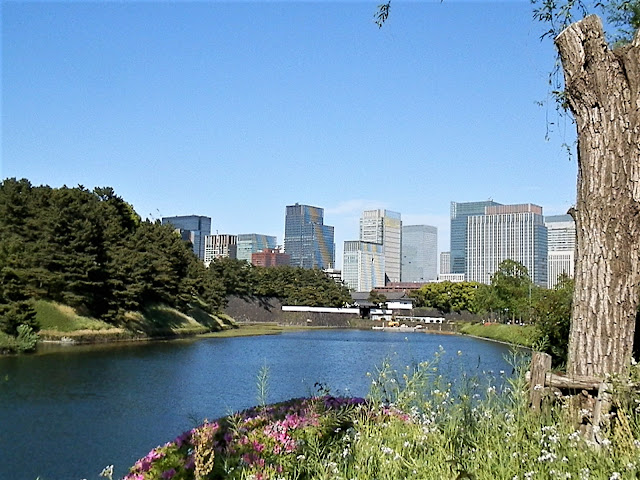 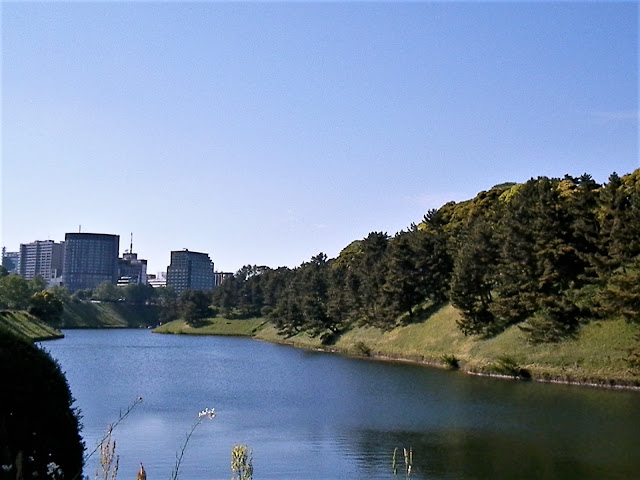 Around the Imperial Palace, Tokyo

In the Beginning of the Material Universe

In the beginning of the universe, electrons e(-) and positrons e(+) were created almost in the same number.  They collided to disappear leaving light.  But it is said that because the number of electrons was a little more than that of positrons, electrons remained to form atoms with protons, thus leading to the formation of this material world.

It is truly strange.

However, a proton is predicted to decay into one positron and one neutral pion which decays into tow photons (particles of light) over a long period of more than 10^30 years.  It tells that a proton consists of one positron and light, so that it suggests that the electric charge of a proton comes from that of the positron.

So, there is a following possibility:
In the beginning of the universe, electrons e(-) and positrons e(+) were created almost in the same number.  But positrons were combined with neutral pions (made of photons) to form protons while carrying their electric charge into protons.  Accordingly, atoms neutral in terms of electric charge could be built with protons and electrons.  Positrons did not disappear due to collision with electrons but survived in protons.

Physicists may find new theory to eventually support the above scenario at the beginning of the material universe.

Mar 9:2 And after six days Jesus taketh with him Peter, and James, and John, and leadeth them up into an high mountain apart by themselves: and he was transfigured before them.
Mar 9:3 And his raiment became shining, exceeding white as snow; so as no fuller on earth can white them.
Mar 9:4 And there appeared unto them Elias with Moses: and they were talking with Jesus.
Posted by EEreporter at 9/03/2017 01:08:00 AM
Email ThisBlogThis!Share to TwitterShare to FacebookShare to Pinterest
Newer Posts Older Posts Home