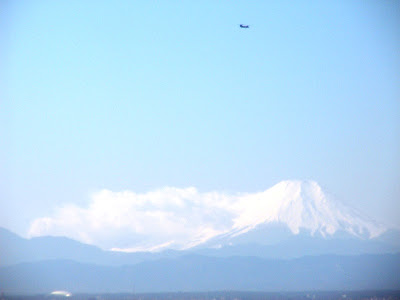 
Jesus Christ said that those who are not against you are the ones who would rather support you.

This is a very peace-oriented statement or instruction to mankind, and especially to those who are instinctively quick at their fists.

But what does what Jesus Christ said mean specifically or how can we apply His teaching effectively to our concerns?

Remarkably, though Prime Minister's approval rate is now 14%, twice the rate, namely 27% of voters are still ready to support him. 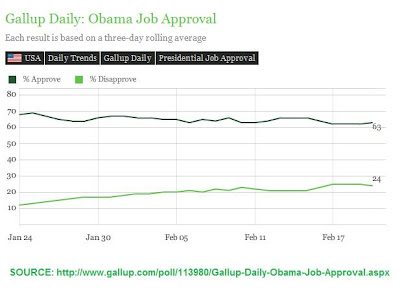 Also remarkably, though President's approval rate is now 63%, a quarter more voters, namely 76% of voters are still ready to support him.

Yet, my theory is as follows:

The figure is not so honorable at all, but Japan's Prime Minister is still functioning, even if looking like a carp on the chopping block for cooking.

In one month, his effective approval rate has dropped by 10%, which is grave, somehow.


Anyway, I hope that the two world leaders will have a nice talk on constructive issues in Washington D.C. next week.

That is all for today, since it is very official.


APPENDIX.
When applying this formula, with some modification, to Japan's top female announcers, focusing on the results from the 2000-voters' voting in a recent survey:

Here the Effective-Likability is Likability minus Dislike.

2Ki 2:21 And he went forth unto the spring of the waters, and cast the salt in there, and said, Thus saith the LORD, I have healed these waters; there shall not be from thence any more death or barren land.

2Ki 2:22 So the waters were healed unto this day, according to the saying of Elisha which he spake.


Posted by EEreporter at 2/21/2009 02:15:00 PM
Email ThisBlogThis!Share to TwitterShare to FacebookShare to Pinterest 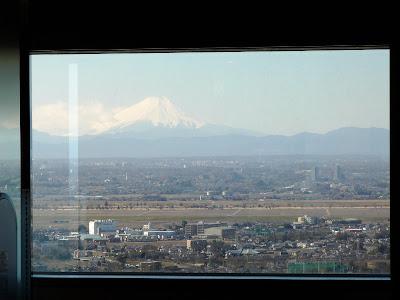 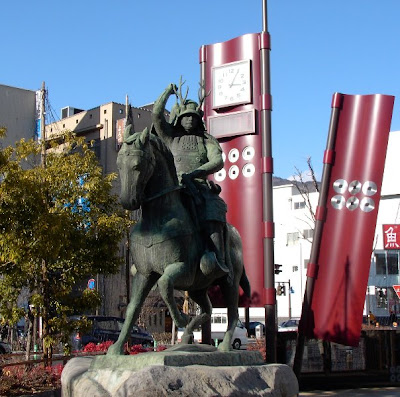 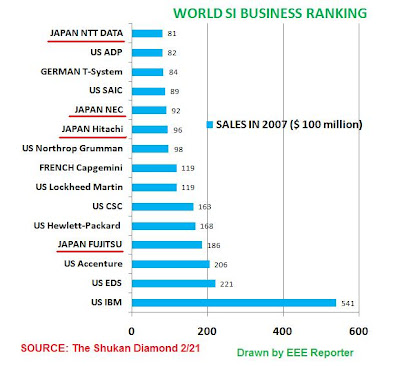 Each has one dominant leader followed by two groups

For the first figure for the global system integrators’ ranking, US IBM is the dominant leader. But, it is trailed by the following two groups:
Group 1: US EDS, US Accenture, JAPAN FUJITSU, US Hewlett-Packard, and US CSC
Group 2: Others in the figure

For the second figure for the most popular female TV announcers in Japan, they are also divided into the top leader, the first group, and the second group. Their ratios of obtaining votes from 2000 voters are as follows:
Top Leader: Group1: Group 2 = 100: 42: 12

Therefore these two figures show the following situation:
Each member of the group directly following the top leader can gain earning, on average, equal to more than one third but less than one half of the top leader’s.

Each member of the next group can gain earning, on average, equal to one third to one fourth of the preceding group’s.

This result must indicate a law which characterizes phenomena in the human world.

It must be so, since the IT business sector has a long history suffering many ups and downs in addition to severe technical and business competitions since the end of WWII.

It must be also so, since popularity of Japanese girls reflects the cultural back ground of the Japanese society which finds the higher value in aesthetic merit than in any other society in the world.

This feature of the Japanese culture has been cultivated through its uninterrupted history of more than 2000 years on the Japanese Islands alone.

Therefore these two figures must tell some truth and reality of mankind.

And, we can further get some useful conclusion, since I just now discussed it above.


(By the way, please note that the U.S. and Japan are the only true competitors in computer and communication technologies, since only two European businesses are ranked among top 15 vendors in the System Integration sector dominated by the U.S. and Japan in the world.)

That is all for today, since it is very personal.

Dan 2:19 Then was the secret revealed unto Daniel in a night vision. Then Daniel blessed the God of heaven.

Dan 2:20 Daniel answered and said, Blessed be the name of God for ever and ever: for wisdom and might are his:

Dan 2:21 And he changeth the times and the seasons: he removeth kings, and setteth up kings: he giveth wisdom unto the wise, and knowledge to them that know understanding:

Posted by EEreporter at 2/20/2009 01:31:00 PM
Email ThisBlogThis!Share to TwitterShare to FacebookShare to Pinterest 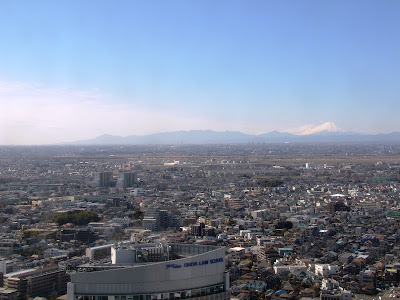 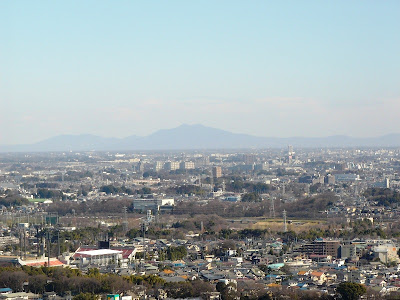 
Let's check two figures, indicating a population trend and amounts of global beef production and consumption, since they are remarkably parallel. 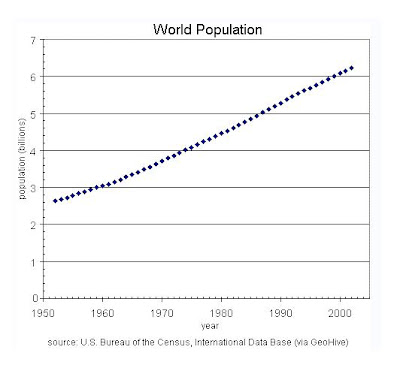 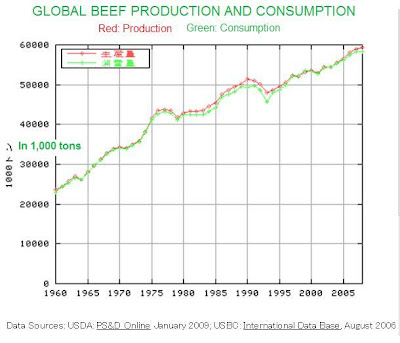 A man does not live to eat beefsteak.

A man lives on the Word of God.

It is so, since you cannot serve the God while being served a beefsteak.

One of the most successful persons in his generation resigned under a heavy pressure from a ministry of the Japanese Government.

His father was also a politician and a member of the national Diet, but had committed a suicide decades before, though he was a top leader of a political faction.

Tragedies are repeated sometimes on certain family lines...in any countries...

By the way, the Japanese Prime Minister Mr. Taro Aso will fly to Washington D.C. to talk with President Mr. Barack Obama next week, since Mrs. Hillary Clinton extended the diplomatic invitation in person at Tokyo a few days ago, while Former Prime Minister Mr. Junichiro Koizumi was on a business trip to Moscow.


Joh 2:19 Jesus answered and said unto them, Destroy this temple, and in three days I will raise it up.

Joh 2:20 Then said the Jews, Forty and six years was this temple in building, and wilt thou rear it up in three days?


Posted by EEreporter at 2/19/2009 01:03:00 PM
Email ThisBlogThis!Share to TwitterShare to FacebookShare to Pinterest

"Go into the Land of Israel" 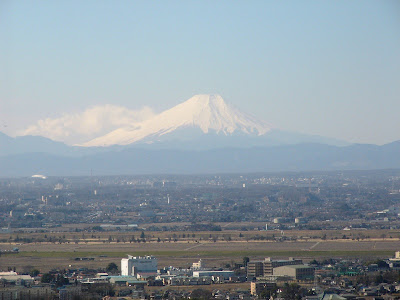 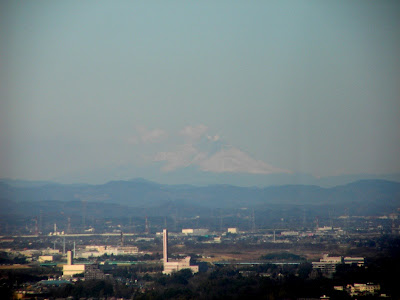 "Go into the Land of Israel"

(Patterns of Change before Catastrophe - II)

However, this has a significant implication when analyzing a feedback system leading to a catastrophe. 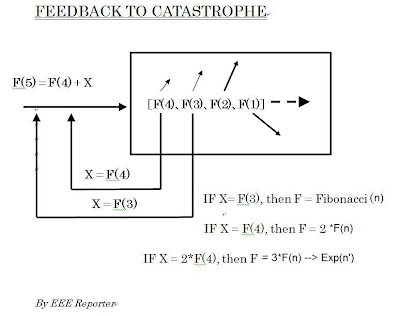 When starting with the value "2" or so, we get the following.

In this order, a situation gets busier, hotter, and faster in change.


Peace is our goal, of course. But neither for Pax Romana, Pax Britanica, nor Pax Americana. It is for Pax Japanese, of course, if not Pax Christ.

It is so, since the Great Depression started in the U.S. and the two Word Wars first erupted in Europe in the 20th century.

Accordingly, there cannot be Pax European-Races in the 21st century.


Mat 2:17 Then was fulfilled that which was spoken by Jeremy the prophet, saying,

Mat 2:18 In Rama was there a voice heard, lamentation, and weeping, and great mourning, Rachel weeping for her children, and would not be comforted, because they are not.

Mat 2:19 But when Herod was dead, behold, an angel of the Lord appeareth in a dream to Joseph in Egypt,

Mat 2:20 Saying, Arise, and take the young child and his mother, and go into the land of Israel: for they are dead which sought the young child's life.


Posted by EEreporter at 2/18/2009 11:20:00 AM
Email ThisBlogThis!Share to TwitterShare to FacebookShare to Pinterest

"Not to Call the Righteous" 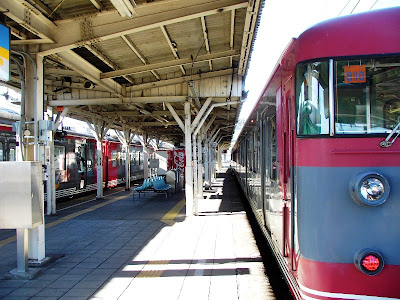 "Not to Call the Righteous"

(Patterns of Change before Catastrophe)

However I will discuss the "Patterns of Change before Catastrophe," since we face a kind of economic crisis together over the Pacific Ocean.

The Fibonacci numbers are used in technical forecasts of stock indexes, since it is related to a golden section ratio.

But there are other mathematical functions that present a drastic increase of a value representing a certain phenomena, if not simple magnification such as “10 time” or “100 times.”

Then we can plot them on a figure.

As you can see the above three functions produce drastically large numbers if the input value X exceeds a certain value for each.

Of course, if an output is more than 100 times an input, it cannot be a normal world.

But, if an output is less than 10 times an input, it can be a normal world, though the magnification must be between 0.5 and 1.5 hopefully.

So, let’s check the following figure with the above notion in mind. 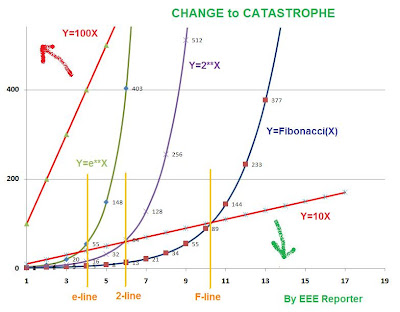 If an incident is going to change 10 times larger through four steps, its trend might be following Y = Exp(X).

If an incident is going to change 10 times larger through six steps, its trend might be following Y = 2**X.

If an incident is going to change 10 times larger through 10 steps, its trend might be following Y = Fibonacci(X).

So, for example, let’s refer to the figure showing the crude-oil price change between 1983 and 2008. 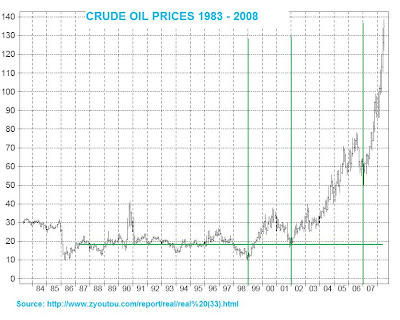 It looks like as if having adapted itself to Fibonacci(X), 2**X, and finally Exp(X) as time goes by.

The magnification between 2 to 10 times may be observed sometimes in the human society and the nature around it.

But, if it gets into a domain of “10 times more,” it is a catastrophe.

Nonetheless, there is a domain of “100 times more” which is nothing but a miracle, favorably or disadvantageously for mankind.

Now, you can apply this way of thinking and this fundamental approach to your personal matters, or problems in your community and country, or otherwise the global economy or environment.

You can move easily ten times faster or 100 times faster, which is very common in modern life.

That is why the Fibonacci series can apply to the design of a jet plane.

However, sands on the beaches of the Pacific Ocean may still hold fallen fighters deep under the surface being washed by waves unlimited times.

Mar 2:17 When Jesus heard it, he saith unto them, They that are whole have no need of the physician, but they that are sick: I came not to call the righteous, but sinners to repentance.

Posted by EEreporter at 2/17/2009 02:09:00 PM
Email ThisBlogThis!Share to TwitterShare to FacebookShare to Pinterest

"Out of Egypt have I called my son" 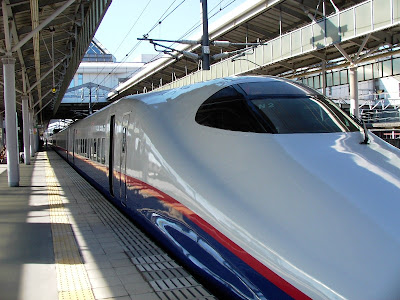 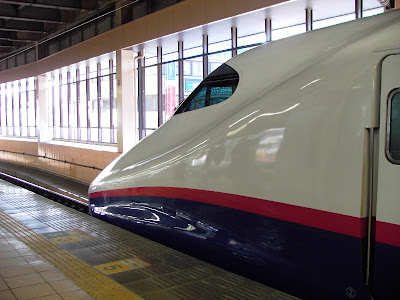 "Out of Egypt have I called my son"


The rise of the Chinese industrial power has bewildered the E.U. as so clearly indicated in “Towards a European Research Area - Science, Technology and Innovation; Key Figures 2007” 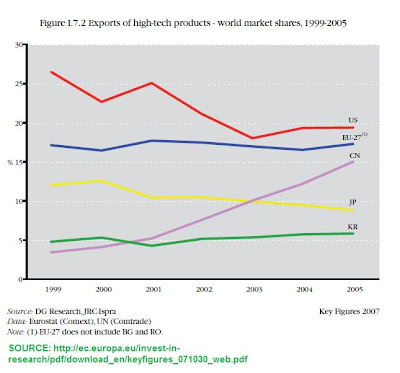 However, the advanced technology development in China has not been conducted independently. There are many stakeholders overseas, providing funds and practical and academic support.

The more China plays a larger role in the global technology market, the more it needs support and aid from Japan, even in order to learn responsibility in the global academic, scientific, technology, and business communities. 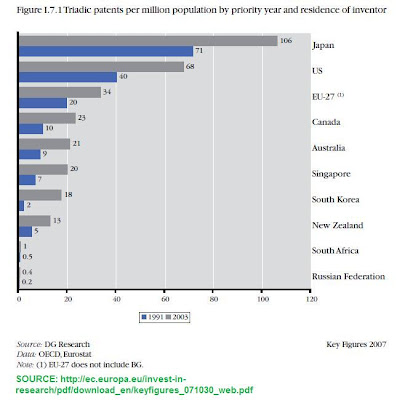 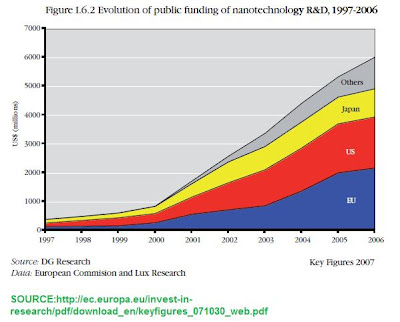 Now, finally, Mrs. Hillary Clinton has come to Japan as Secretary of State.

It is very meaningful that she plans to meet Japanese families whose daughters and sons were abducted by North Korea in its espionage activities.

When she visits Seoul and Beijing later, I hope she will raise this agenda, too.

If China does not help Japan in this context, what value do their high-tech products have in the global community?


Mat 2:14 When he arose, he took the young child and his mother by night, and departed into Egypt:

Mat 2:15 And was there until the death of Herod: that it might be fulfilled which was spoken of the Lord by the prophet, saying, Out of Egypt have I called my son.

Mat 2:16 Then Herod, when he saw that he was mocked of the wise men, was exceeding wroth, and sent forth, and slew all the children that were in Bethlehem, and in all the coasts thereof, from two years old and under, according to the time which he had diligently enquired of the wise men.

Posted by EEreporter at 2/16/2009 01:51:00 PM
Email ThisBlogThis!Share to TwitterShare to FacebookShare to Pinterest 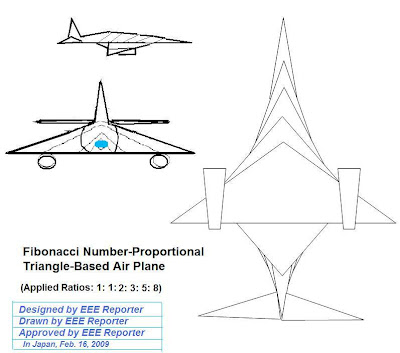 
Posted by EEreporter at 2/16/2009 12:38:00 AM
Email ThisBlogThis!Share to TwitterShare to FacebookShare to Pinterest 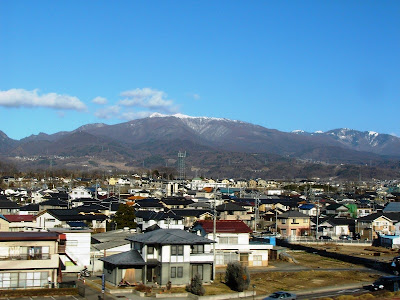 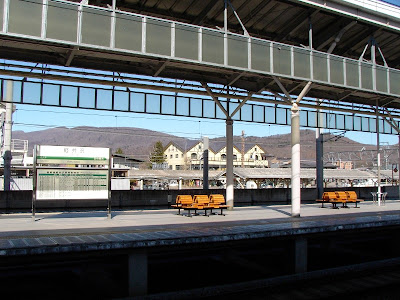 (Japan, 2009)
Posted by EEreporter at 2/15/2009 11:41:00 AM
Email ThisBlogThis!Share to TwitterShare to FacebookShare to Pinterest
Newer Posts Older Posts Home