"Get thee behind me, Satan" - Like Living in the Solitary Island 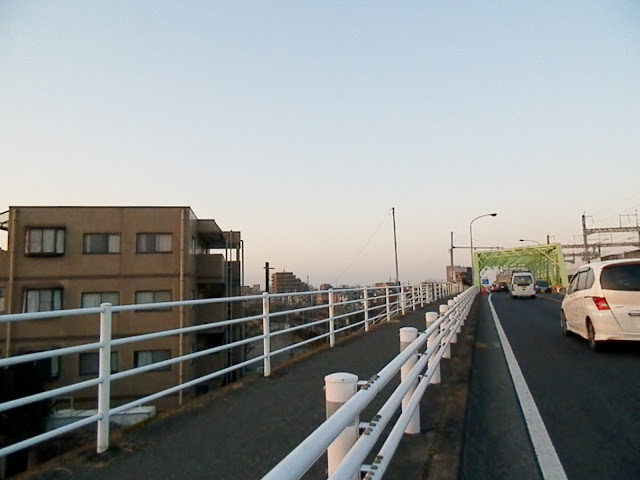 If you are brought into a house where you are provided with foods and any entertainments you like, you still want to know where the house stands.  And if you find it is on a small island in the middle of the ocean and there are no means by which to get out of it, you may give up and start to eat foods and enjoy entertainments as long as you live.

But you will surely try to find who has brought you to the jail house in the solitary island far off in the ocean.  But you may soon give up your thinking and start enjoying foods and entertainments.

If you are accompanied by a group of people, there will be some dramas and various incidents involving all these people.  Then you may really forget that you are forced to live in the house as you are absorbed with human dramas going on in the house with the group of people.

Put simply, we human beings are living in such a way on this planet.  Our souls were brought to this planet and are forced to live as human beings.  We look up at the sky at night to see that this planet earth is completely isolated from other planets and stars.  Besides, we have foods and any types of entertainments.  And we are absorbed with incidents caused by us on the earth.

We human beings are today behaving on this planet earth like people who are brought to the mysterious house in the solitary island far off in the ocean.

We have to stop eating favorite foods and enjoying entertainments and start to think about who God is and why He made us live on the earth.

Luk 4:8 And Jesus answered and said unto him, Get thee behind me, Satan: for it is written, Thou shalt worship the Lord thy God, and him only shalt thou serve.
Luk 4:9 And he brought him to Jerusalem, and set him on a pinnacle of the temple, and said unto him, If thou be the Son of God, cast thyself down from hence:
Luk 4:10 For it is written, He shall give his angels charge over thee, to keep thee:
Luk 4:11 And in their hands they shall bear thee up, lest at any time thou dash thy foot against a stone.
Luk 4:12 And Jesus answering said unto him, It is said, Thou shalt not tempt the Lord thy God.

Posted by EEreporter at 4/09/2016 12:18:00 AM Links to this post
Email ThisBlogThis!Share to TwitterShare to FacebookShare to Pinterest

"Jesus saith unto her, Give me to drink" - Don't Toil on but Think about God 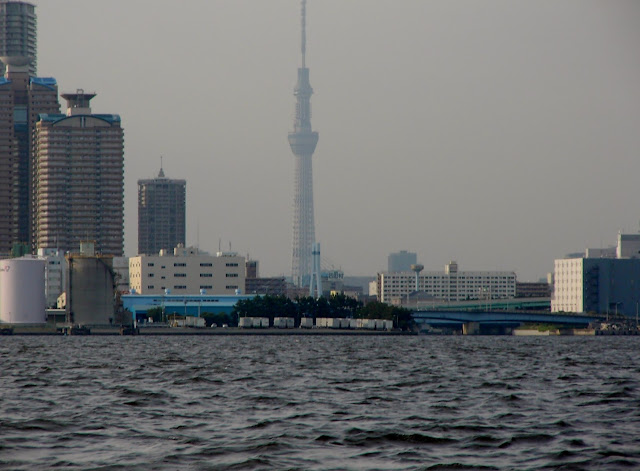 
Don't Toil on but Think about God


The Gospels were written about 2000 years ago, but they are not obsolete today.

People, including Christ Jesus, did not use smartphones and other modern electronic appliances.  They did not eat meals today we eat.  They did not travel in jet planes.  They did not enjoy sport and entertainment programs on TV.  But every episode written in the Gospels can be fully understood by people of today.

However, today people with knowledge of modern science do not simply believe existence or work of ill spirits or angels.  People living in 2000 years ago apparently believed in what today's people regard as superstitions.  They included absurd ideas about the nature, but some of superstitions must have been really related to the spiritual world some people of today also believe.

The big difference between modern people and those who lived 2000 years ago must be the amount of time they think about God.

Therefore to understand the Bible, we have to abandon modern material living to secure time for thinking about God.  Maybe if we come to think about God for as long hours as people did 2000 years ago, we would be able to correctly read the Bible.

In this context, hard working people must be very careful not to be led to a state where they have no time for thinking about God.  Satan must be able to control busy men easily.

So, not for men to get off guard against Satan, Christ Jesus said not to worry themselves and toil on.

Indeed, when a man is thinking about God, he must be protected from Satan.


Joh 4:7 There cometh a woman of Samaria to draw water: Jesus saith unto her, Give me to drink.
Joh 4:8 (For his disciples were gone away unto the city to buy meat.)
Joh 4:9 Then saith the woman of Samaria unto him, How is it that thou, being a Jew, askest drink of me, which am a woman of Samaria? for the Jews have no dealings with the Samaritans.
Posted by EEreporter at 4/07/2016 04:57:00 PM Links to this post
Email ThisBlogThis!Share to TwitterShare to FacebookShare to Pinterest 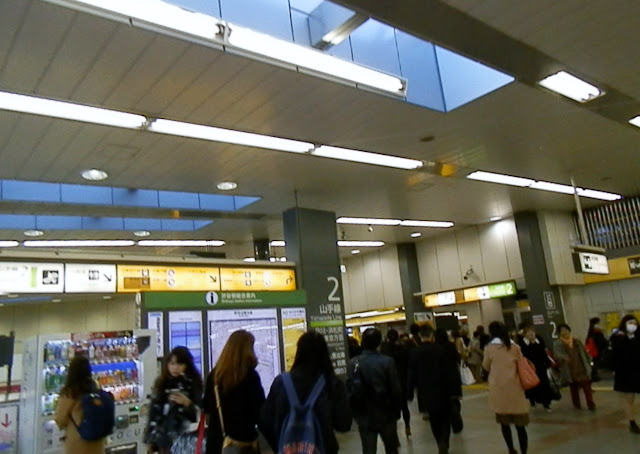 A Station in Tokyo

Dualism and Heaven and the Hell


No one wants to live poor.  But there are different ways of living among people.

Almost 10% of people would sell their souls to Satan if they can be rich.  And, almost 10% of people try to follow God as much as possible no matter how much they don't like poverty, though God tells them to live humble and poor.

And the rest of 80% people are afraid of Satan but they cannot fully accept the teaching of God.  Therefore, followers of Satan is predominant in the human world, though it does not collapse for their evil acts since some righteous people are making efforts to maintain any little justice and humanity.


In particle physics, antimatter is a material composed of antiparticles, which have the same mass as particles of ordinary matter but opposite charges, as well as other particle properties such as lepton and baryon numbers and quantum spin. Collisions between particles and antiparticles lead to the annihilation of both, giving rise to variable proportions of intense photons (gamma rays), neutrinos, and less massive particle–antiparticle pairs.

Maybe the human world today is in a process of annihilation of bad souls.  If a man with a good soul should encounter with a man with an evil soul, both might disappear leaving some sort of spiritual energy.  Or, if a good part of man's soul should collide with an evil part of his soul, both might disappear in his inner space.  But, in the long run, good souls would prevail as the physical universe is.

So, dualism is a profound root in humanity and the physical universe.


Moral dualism began as a theological belief. Dualism was first seen implicitly in Egyptian Religious beliefs by the contrast of the gods Set (disorder, death) and Osiris (order, life).[2] The first explicit conception of dualism came from the Ancient Persian Religion of Zoroastrianism around the mid-fifth century BC. Zoroastrianism is a monotheistic religion that believes that Ahura Mazda is the eternal creator of all good things. Any violations of Ahura Mazda's order arise from druj, which is everything uncreated. From this comes a significant choice for humans to make. Either they fully participate in human life for Ahura Mazda or they do not and give druj power. Personal dualism is even more distinct in the beliefs of later religions.

The religious dualism of Christianity between good and evil is not a perfect dualism as God (good) will inevitably destroy Satan (evil). Early Christian Dualism is largely based on Platonic Dualism (See: Neoplatonism and Christianity). There is also a personal dualism in Christianity with a soul-body distinction based on the idea of an immaterial Christian Soul.
https://en.wikipedia.org/wiki/Dualism#History

So, Christ Jesus said if we accumulated wealth in this world it would be rotten (by negative force), so that accumulate wealth in Heaven.


Mat 4:5 Then the devil taketh him up into the holy city, and setteth him on a pinnacle of the temple,
Mat 4:6 And saith unto him, If thou be the Son of God, cast thyself down: for it is written, He shall give his angels charge concerning thee: and in their hands they shall bear thee up, lest at any time thou dash thy foot against a stone.
Posted by EEreporter at 4/05/2016 11:45:00 PM Links to this post
Email ThisBlogThis!Share to TwitterShare to FacebookShare to Pinterest 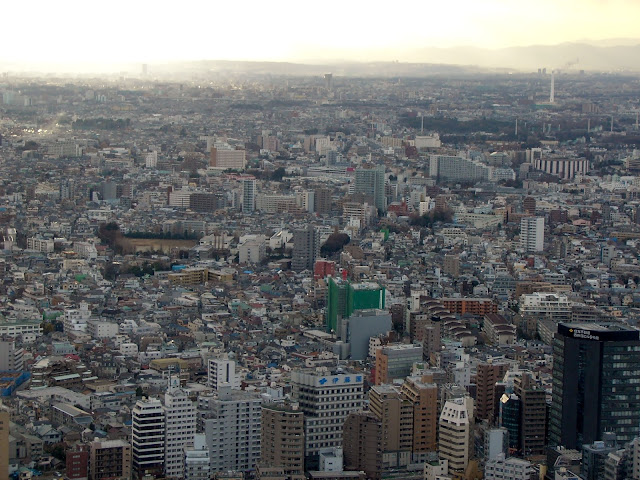 Beyond the Domain of Probability


If you roll the dice 200 to 1200 times continually.  You may encounter a case that one-spot appears four times consecutively back-to-back.

And at the time, it does not necessarily mean that you have special ability.  It is a matter of probability.

In the human history of 2000 years, we might see emergence of such a man as Hitler or Napoleon.  But it does not necessarily mean that Hitler, Napoleon, or such a man is genius.  It is a matter of probability.

So, you may say that the condition of a hero is that he is a right person in a right place at a right time.  As all the men have almost similar ability essentially as a member of the human species, the important factors for appearance of a hero are a situation and a timing.

For example, if Obama had been born a decade earlier or later, he should not have become US President.  He was a right person in a right place at a right timing in the 2008 US Presidential election.

But, it is unthinkable that a man like Christ Jesus was born who claimed that He was the Son of God or He was sent by God no matter if the human history becomes longer than 10,000, 100,000, 1 million, or 10 million years.

If Christ Jesus had not been born and Christianity had not been founded, this modern civilization should have been impossible.  The world of today must have been almost the same level of the Roman Empire 2000 years ago.  It is because the modern civilization owes its success to science, culture, and social systems of modern Europe that has been based on Christianity.

If living things continue evolution for a billion years, there is a chance that a species with higher intelligence would appear, and it might look like the human species.  But how the creature comes to develop its spiritual ability cannot be predicted.  They may not find God as their guide.  They may not have concepts of Heaven and the hell.  They may not obey ethical codes.  They may just end as intellectual apes but not as human beings.

The spiritual aspect of human beings seems to have been formed beyond a range where probability dominates.  It must be formed by interference of God.

If it is not realized by chance, there must be intention of somebody, God in this case.  But we cannot simply find with what intention God gave spiritual ability to mankind.

Anyway, this success of the human civilization is beyond a domain of probability in the nature.  We have to realize that mankind did not become mankind by its own intention or will.  We are just in the hand of God who can control any probability, since He is Almighty.

So, Christ Jesus appeared beyond the domain of probability 2000 years ago.


Mar 4:3 Hearken; Behold, there went out a sower to sow:
Mar 4:4 And it came to pass, as he sowed, some fell by the way side, and the fowls of the air came and devoured it up.
Mar 4:5 And some fell on stony ground, where it had not much earth; and immediately it sprang up, because it had no depth of earth:
Mar 4:6 But when the sun was up, it was scorched; and because it had no root, it withered away.
Mar 4:7 And some fell among thorns, and the thorns grew up, and choked it, and it yielded no fruit.


Posted by EEreporter at 4/03/2016 10:31:00 PM Links to this post
Email ThisBlogThis!Share to TwitterShare to FacebookShare to Pinterest
Newer Posts Older Posts Home