"The Master is come" - Gaps among African Americans? 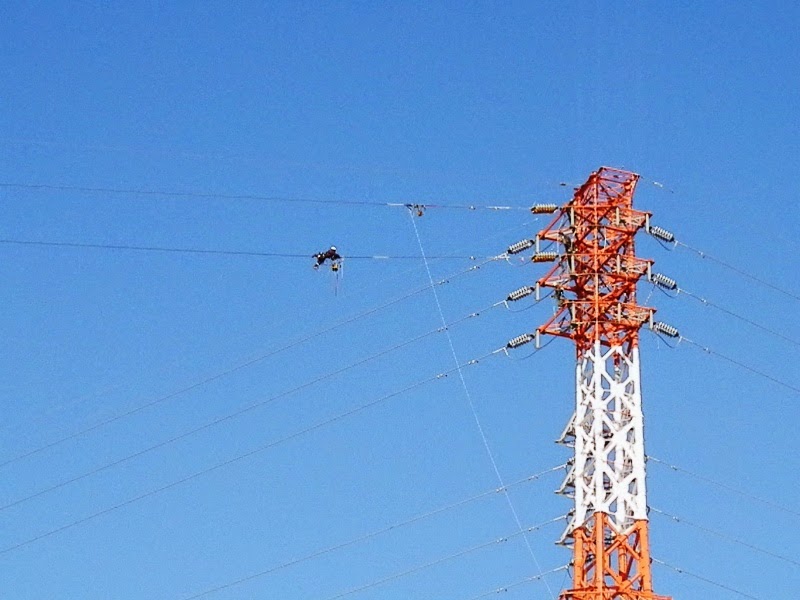 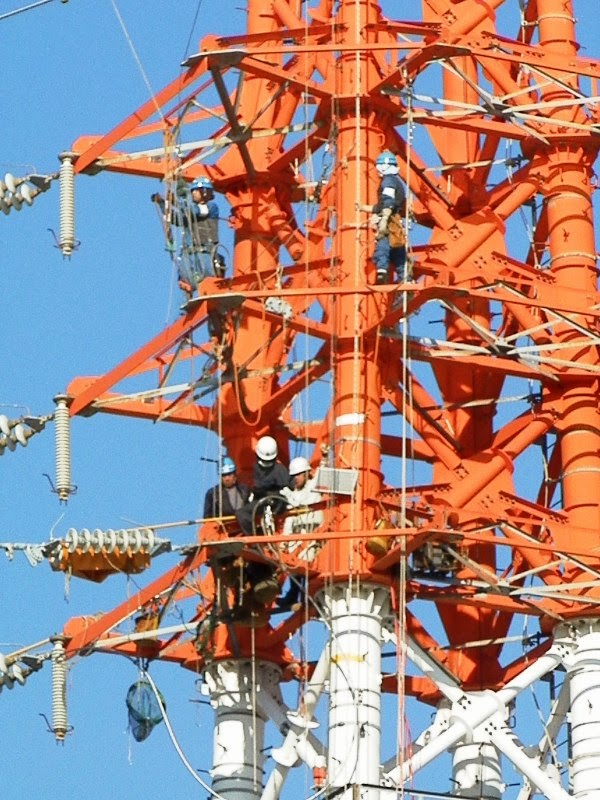 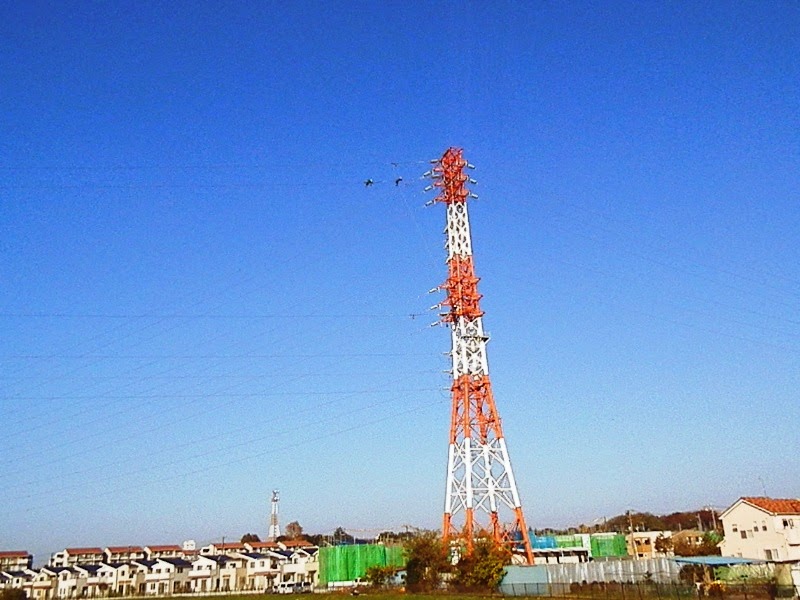 Men in the Sky

In 1998, happy were also African Americans who had left the terrible and confusing 1960s toward living as the American middle class as a racial group.

Spring 1998
American Racial and Ethnic Politics in the 21st Century: A cautious look ahead

Today the United States has a thriving, if somewhat tenuous, black middle class. By conventional measures of income, education, or occupation at least a third of African Americans can be described as middle class, as compared with about half of whites. That is an astonishing--probably historically unprecedented--change from the early 1960s, when blacks enjoyed the "perverse equality" of almost uniform poverty in which even the best-off blacks could seldom pass on their status to their children. Conversely, the depth of poverty among the poorest blacks is matched only by the length of its duration. Thus, today there is greater disparity between the top fifth and the bottom fifth of African Americans, with regard to income, education, victimization by violence, occupational status, and participation in electoral politics, than between the top and bottom fifths of white Americans.

The Pew Charitable Trusts' Economic Mobility Project recently released a report projecting that 68 percent of African-Americans reared in the middle of the wealth ladder will not do as well as the previous generation.

In August, the National Urban League's State of Black America 2012 report found that nearly all the economic gains that the black middle class made during the last 30 years have been wiped out by the economic downturn.


It was disastrous for African Americans.  But, they are compared with whites without the premise that it is natural that African Americans are poor.  This comparison is based on an underlying notion that blacks and whites should be equal.

A typical black household has accumulated less than one-tenth of the wealth of a typical white one. And it's only getting worse.
Over the past 25 years, the wealth gap between blacks and whites has nearly tripled, according to research by Brandeis University.

That's in large part because home ownership among blacks is so much lower. Housing is often Americans' greatest asset and a major component of their overall wealth.

Blacks also typically have lower incomes than whites, which also makes it harder for them to save and build wealth. The median income for black households is less than 60% that of white ones.

Unemployment is also a major problem. The jobless rate for blacks is twice that of whites. The gap has been at least that large for years.

All of these factors combine to push many blacks into poverty. America's 15% poverty rate masks the underlying racial differences. More than one in four blacks live in poverty, while fewer than one in 10 whites do.

The economic situation in Ferguson mirrors the national picture, with poverty, unemployment and low income pervasive among its black residents.

Nonetheless, it is apparent that as a racial group Africans Americans are disadvantageous.  But, it looks like there are still middle class African Americans who account for 30% of their racial group, though the upper half of them must be still thriving and the lower half of them declining.

Solution does not lie in dollars but in faith.

Joh 11:28 And when she had so said, she went her way, and called Mary her sister secretly, saying, The Master is come, and calleth for thee.

Posted by EEreporter at 11/28/2014 11:56:00 PM
Email ThisBlogThis!Share to TwitterShare to FacebookShare to Pinterest

"great dearth throughout all the world"

Act 11:28 And there stood up one of them named Agabus, and signified by the Spirit that there should be great dearth throughout all the world: which came to pass in the days of Claudius Caesar.

Posted by EEreporter at 11/28/2014 12:21:00 PM
Email ThisBlogThis!Share to TwitterShare to FacebookShare to Pinterest 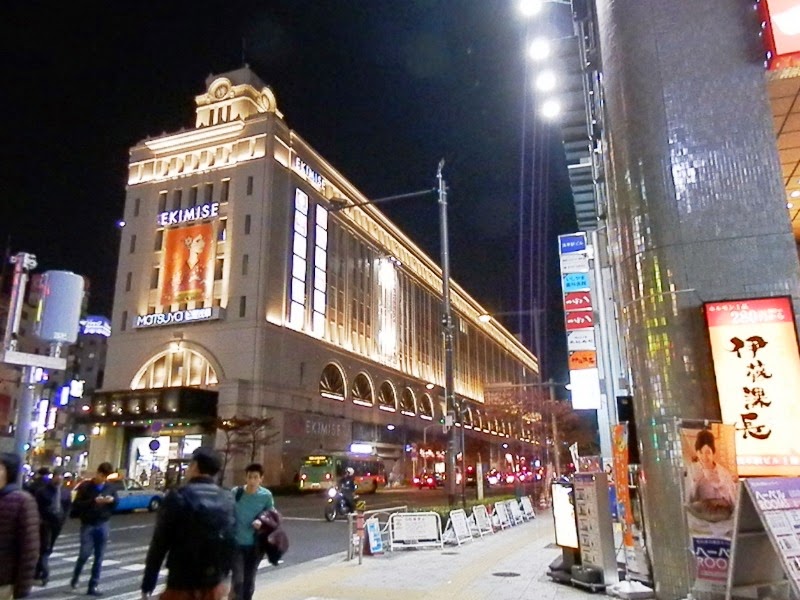 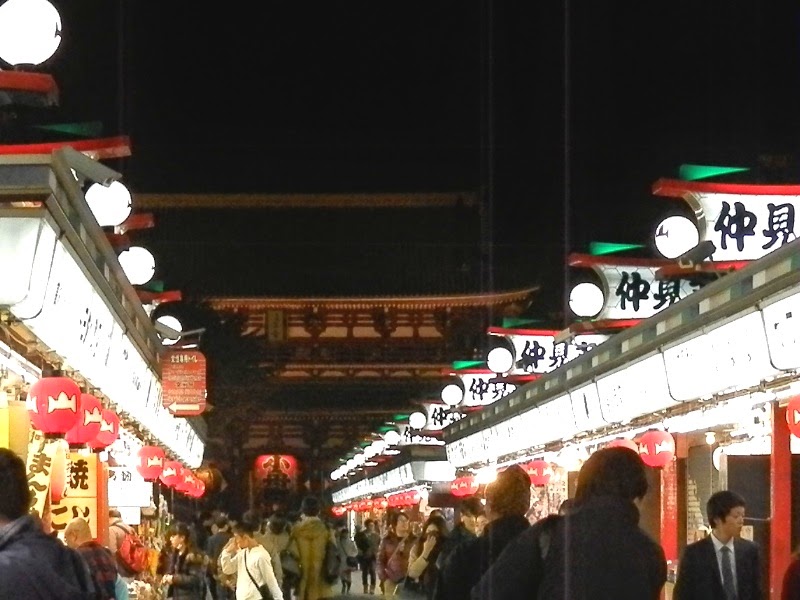 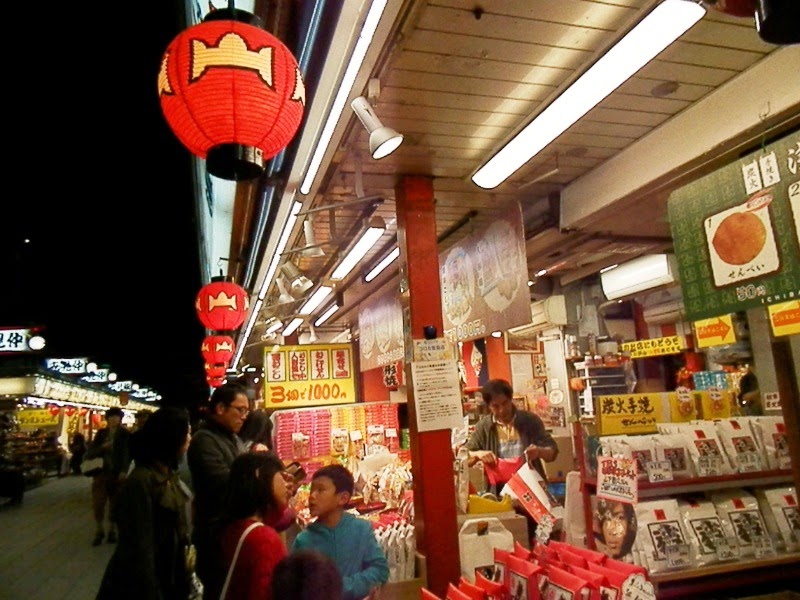 
If Christ Jesus was black like President Obama, would it change the world?

Question: Was Jesus' skin color black or dark? What did he look like?

Answer: My quick answer is that I cannot be certain whether our Savior was black or not...

Black Jesus is searched for online thousands of times per day. Is Jesus Black if you apply the 1% drop of Black blood rule? Why does Jesus continue to be portrayed as white, blond and blue eyed, when there is scientific, biblical and geographic proof that he was a man of color with wooly hair? Why do so many people refuse to acknowledge this truth? What does this cover up have to do with the problems of race and skin color throughout the world and especially in America, UK, South Africa, Australia, Brazil and India? Let us talk honestly. We can all debate the various shades of color that Jesus could have been. But despite the white image of Jesus that's been falsely promoted globally for centuries, Jesus, also know as Yeshua, was not white. "Black Jesus" is searched for over 950,000 times a month, so clearly others are seeking the truth. Help spread this conversation world wide, by liking BlackJesuscom on Facebook.

? answered 3 years ago
This has been asked SO many times.
Jesus was a Galilean Jew. He would have appeared exactly like his contemporaries.
Artists depicted Jesus as the race of their own country and target audience.
This is why there is a European Jesus, Asian Jesus, American Indian Jesus, Black African Jesus, etc.
He was Jewish though.

Anyway, Christ Jesus told not to judge a person by his outlook.

By the way, will the global warming make Europeans and European Americans tanned more and more?  Heat reflected by CO2 to the human skin might make their skins more suntanned.

Then, along with global warming, in the 22nd century most of Europeans and European Americans must look a little black!  Is this good news for African Americans, specifically?

In addition, if global warming should melt ice on Greenland and Antarctica, it will more than compensate for lost islands and cost areas in and around the oceans.


Gen 11:26 And Terah lived seventy years, and begat Abram, Nahor, and Haran.
Gen 11:27 Now these are the generations of Terah: Terah begat Abram, Nahor, and Haran; and Haran begat Lot.
Gen 11:28 And Haran died before his father Terah in the land of his nativity, in Ur of the Chaldees.
Posted by EEreporter at 11/26/2014 11:40:00 PM
Email ThisBlogThis!Share to TwitterShare to FacebookShare to Pinterest

" an hundred and nineteen years" - Dawn 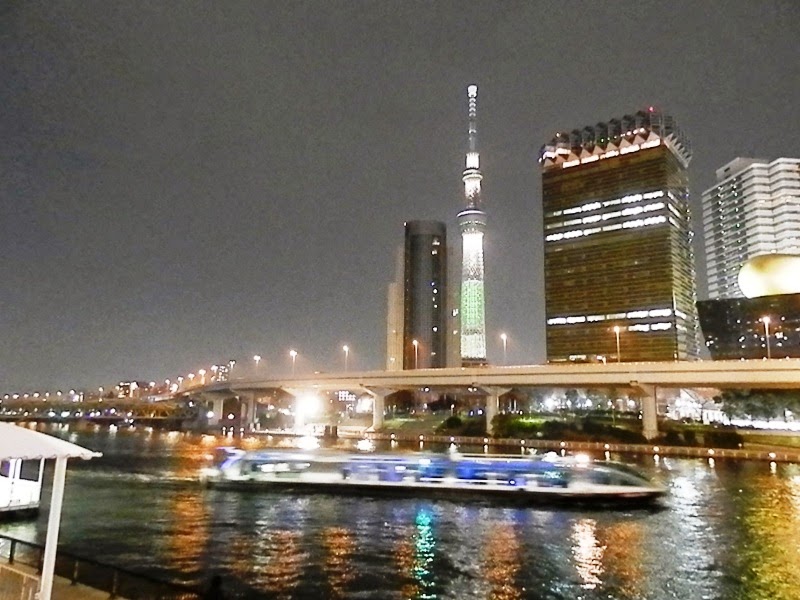 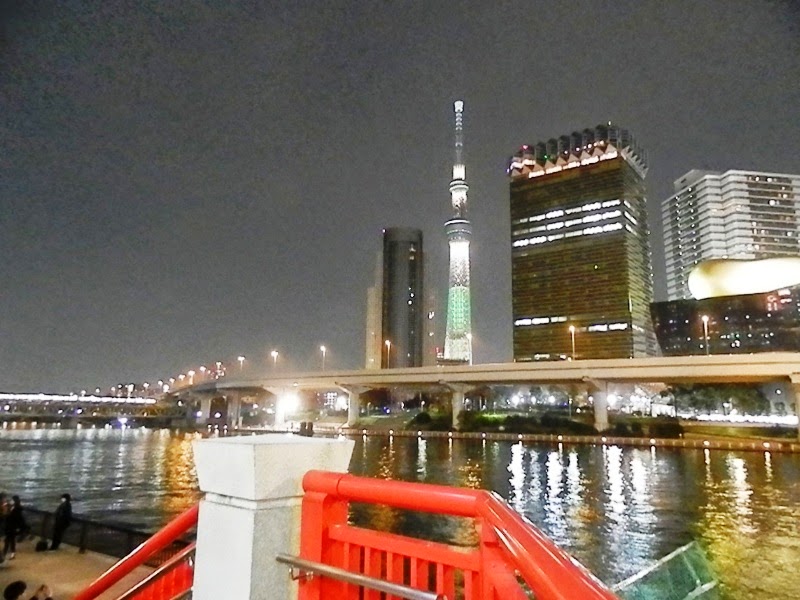 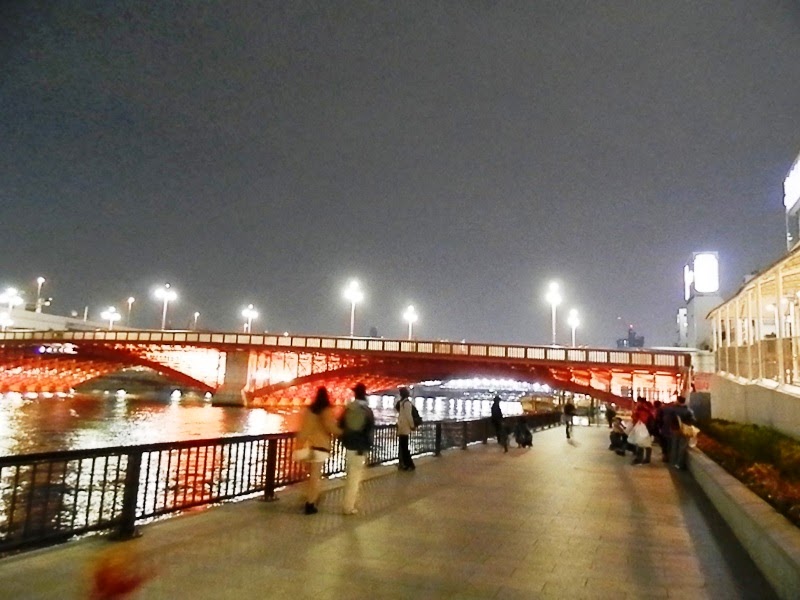 
A Japanese young woman once made a world trip for free.

She looked for sponsors that would finance her traveling.  Some companies agreed to offer support in exchange of her writing blogs or diaries over the Internet to their commercial sites.  So, she started a world tour with a smart phone and a notebook PC.

When she came to the Sahara Desert region, she joined a tour to spend a few days in the Desert.

She was marveled at a beautiful sunset at dusk.  The sun colored hills of sands red, rosy, pink, and so on.   Rather, it swiftly went down behind the horizon over the Desert.  Then, suddenly, she saw the blue sky turning to dark blue and black with full of shining stars in a moment.

She felt something heavenly.  She realized the nature of religions born among people living close to deserts.

In the morning she also observed a glorious change of the sky with the sun rising so burning.

This is the episode that called my attention in her book she wrote after safely returning to Japan.

113. Dawn - Al-FalaqIn the name of Allah, the Beneficent, the Merciful.
http://www.en.knowquran.org/koran/113/

Gen 11:25 And Nahor lived after he begat Terah an hundred and nineteen years, and begat sons and daughters.