"Good Master, what shall I do" - Wolf's Eyelash 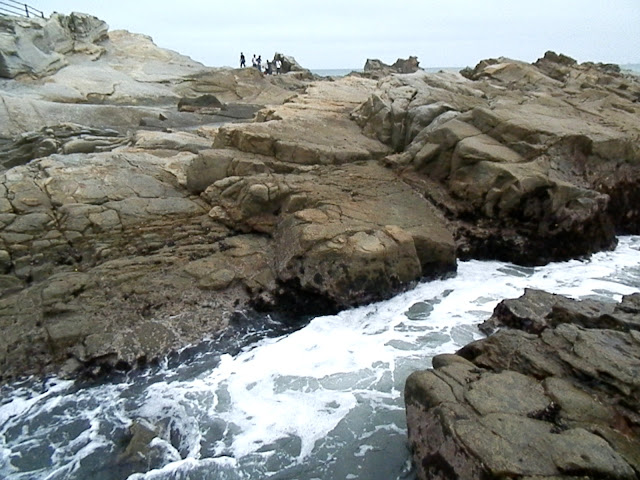 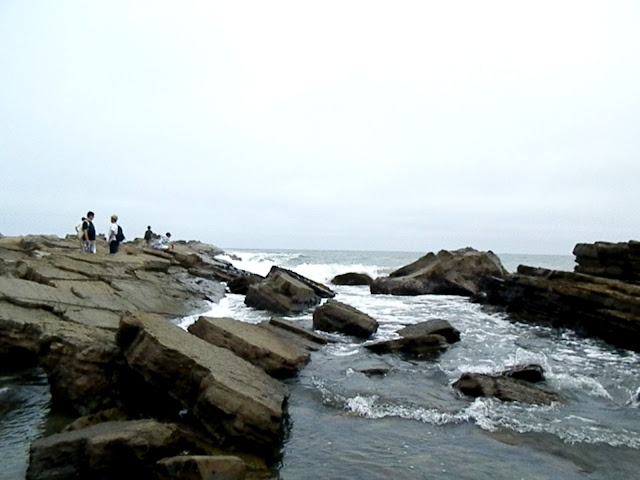 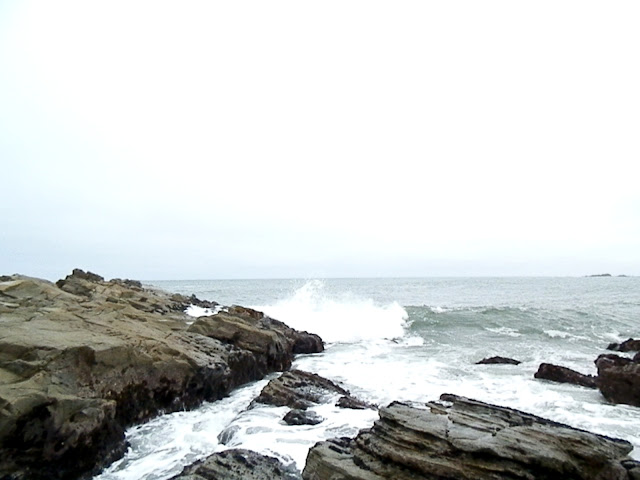 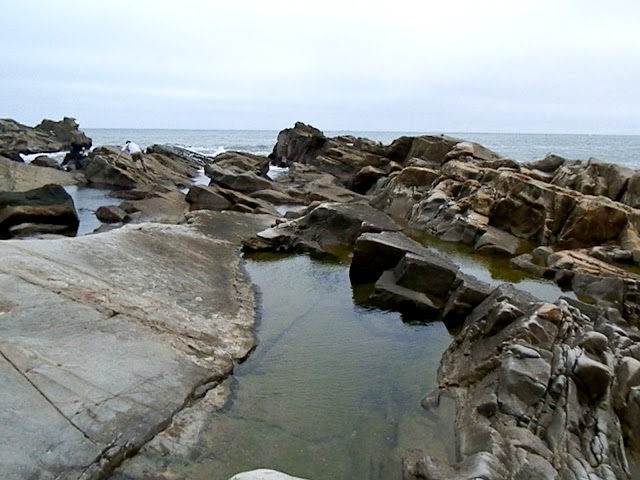 A Rocky Beach of the Pacific Coast around Tokyo

There was one female, popular cartoonist or manga-artist in Japan who died about 15 years ago.

Hinako Sugiura specialized in depicting ordinary people's lives in the Edo era of Japan.  The Edo era was a period before the Meiji Restoration around 1868 when modernization of Japan began.  Samurai-class people administrated Japan under the rule of Tokugawa shogun in this period since the start of the 17th century.

She created a piece of work on a strange experience of one foolish man who always failed in his business, was often and easily fooled, duped and despised by friends, and was treated like a nobody by his wife.

One day, as his wife badly shouted insults at him, he finally decided to leave the home and went deep into mountains to die.  He though that he was useless in this world so that only one thing he could do was to be eaten by a wolf to feed a hunger in the animal.

He found a den of a wolf to lay down there, waiting for the wolf.  Then, the wolf came back to its den, smelling the man.  The wolf said to the man, "I cannot put up with  your smell.  Go away!"  The man replied, "I am very sorry.  But please hold your nose and eat me.  Please let me die!"  But the wolf further said with an angry voice, "You have an odor of a "real human being," with which I cannot have patience.  So, I will give you an eyelash of mine.   Take it, go to a street of a town, and see people around, holding the eyelash before your eye, and then you will see an interesting thing."

Giving up his plan to die as a prey to a wolf, the foolish man took an eyelash from the wolf and went down the mountains to a town.   He found various busy people walking and working in the street, in addition to one beggar sitting at the corner of the street.  Then he held the wolf's eyelash before his eye to observe people.

Then, all those people in the street turned to bogies, goblins, and monsters in shapes of men.  But only the beggar still looked as before, a "real human being."  So, he realized what the wolf had said about odors.

There came a hen-like female goblin, saying "Here, my dear foolish husband!  Where were you! Come back to the house!  Don't gaze into space!"  He pulled down the magic eyelash and saw his wife, realizing that it was natural that he could not get along well with this woman.

However, he decided to go back home with her, as he now found that this world was full of monsters worse than his wife.  And he understood the reason why he could not succeed, like the beggar, in this world of monsters.  But before leaving the street, he approached the beggar who was a "real human being" and gave him the magic eyelash of the wolf.

I don't know who first created this story.  But I think it could be a story enjoyed by poor people in the world of today.

Mar 10:17 And when he was gone forth into the way, there came one running, and kneeled to him, and asked him, Good Master, what shall I do that I may inherit eternal life?
Mar 10:18 And Jesus said unto him, Why callest thou me good? there is none good but one, that is, God.
Posted by EEreporter at 10/17/2019 02:28:00 PM
Email ThisBlogThis!Share to TwitterShare to FacebookShare to Pinterest

"one fold, and one shepherd" - One of the Signs 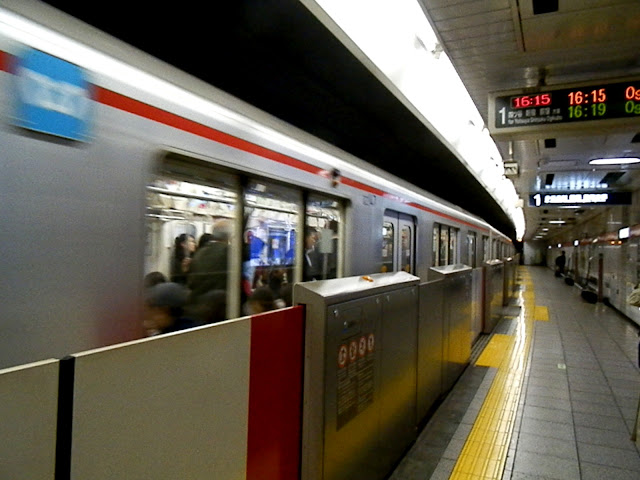 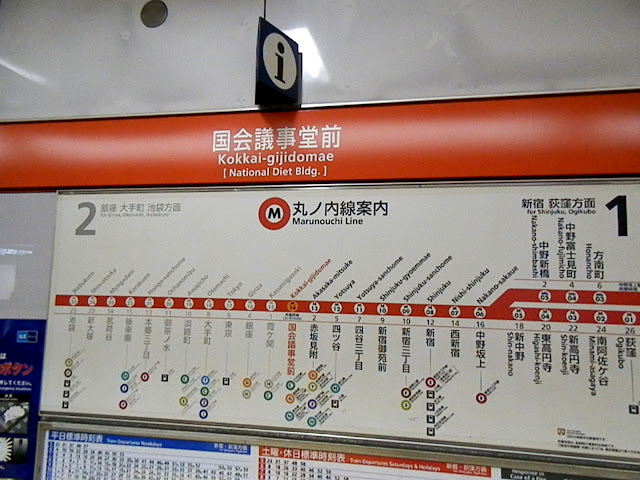 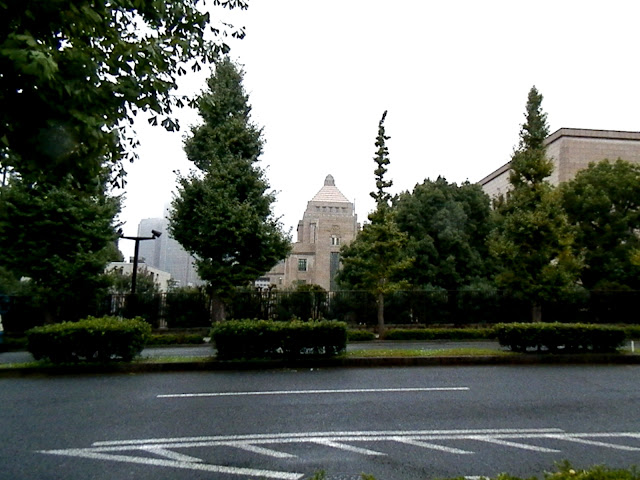 
One of the Signs

The death toll in each country due to natural disasters in 2018 is as follows:

Japan suffers several tropical tempests or typhoons generated in the South Pacific Ocean and landing on it in every summer season.  Heavy rains cause landslide and floods in Japan where mountainous districts account for 70% of the national land.  And recently a typhoon with the largest scale in decades attacked the area around Tokyo and the Tohoku are that suffered the great tsunamis in 2011.

It is believed that, due to globalization, Japan's environment is becoming semi-tropical, so that more typhoons are approaching Japan in the summer season.

Maybe this is one of the signs foretelling the Second Coming of Christ Jesus.

Joh 10:16 And other sheep I have, which are not of this fold: them also I must bring, and they shall hear my voice; and there shall be one fold, and one shepherd.
Joh 10:17 Therefore doth my Father love me, because I lay down my life, that I might take it again.


Posted by EEreporter at 10/17/2019 01:06:00 AM
Email ThisBlogThis!Share to TwitterShare to FacebookShare to Pinterest
Newer Posts Older Posts Home