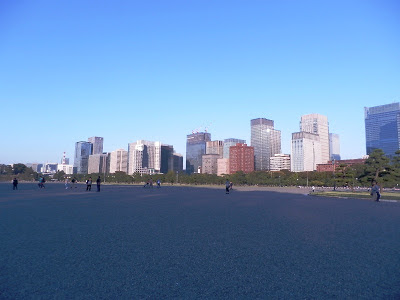 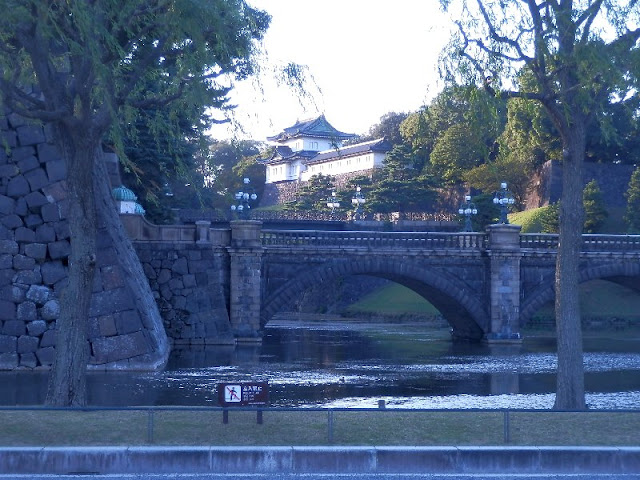 
Mar 6:25 And she came in straightway with haste unto the king, and asked, saying, I will that thou give me by and by in a charger the head of John the Baptist.
Mar 6:26 And the king was exceeding sorry; yet for his oath's sake, and for their sakes which sat with him, he would not reject her.
Mar 6:27 And immediately the king sent an executioner, and commanded his head to be brought: and he went and beheaded him in the prison,
Mar 6:28 And brought his head in a charger, and gave it to the damsel: and the damsel gave it to her mother.
Mar 6:29 And when his disciples heard of it, they came and took up his corpse, and laid it in a tomb.
Mar 6:30 And the apostles gathered themselves together unto Jesus, and told him all things, both what they had done, and what they had taught.

Posted by EEreporter at 6/29/2013 12:53:00 AM Links to this post
Email ThisBlogThis!Share to TwitterShare to FacebookShare to Pinterest

"one cubit unto his stature" - The Poorer, The More Blessed 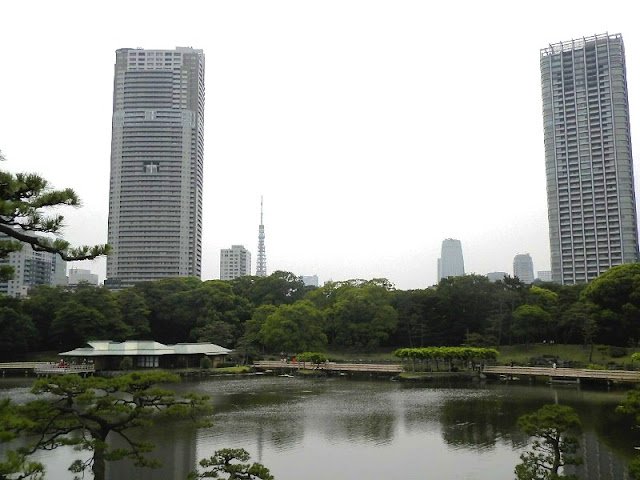 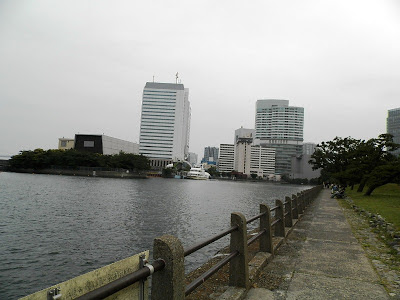 A Public Park on Tokyo Bay, Remnants of Samurai Era

The Poorer, The More Blessed

There are six billion to seven billion people in this world, though their lives can be categorized into hundreds or so types.

Of course, there is a type of life called one for authors, writers and leading intellectuals.  And sometimes their lives have nothing to do with those of ordinary people.  Some very successful or popular authors don't know any ways of living other than those for elite members of society.  Yet they try to teach something to ordinary readers.

They are like rabbis or teachers of the Law who were active 2000 years ago when Christ Jesus was alive as a human being.  If such elite members of a society could comprehend truth of the world and man, Christ Jesus should have first tried to get His disciples from those intellectuals of the era.  But in fact our Savior went out to communities of ordinary people to select some of them as His disciples.

It is rather a wonder that such biased elite members of society can write an insightful work handling humanity and human dramas.

But in most cases, reversely, those high-ranking authors and professors wonder, when reading some writings by poor people, that such low-key people can have such insightful views on humanity and human dramas.

Those elite authors and cultural figures tend to think that the poorer a man is, the more inept he is.  They think that a poor man in the poor street cannot understand difficult and deep meaning of  religion, philosophy, and literature.

But, the life itself is school of higher education.  What poor people need is a good teacher like Christ Jesus.   With love from Christ Jesus, a poor fisherman could grow up mentally to be the first Pope, the top leader even in the cultural domain.

Finally if a poor man can be more easily admitted for Heaven, he is more blessed than a rich and intellectual person.

Mat 6:26 Behold the fowls of the air: for they sow not, neither do they reap, nor gather into barns; yet your heavenly Father feedeth them. Are ye not much better than they?
Mat 6:27 Which of you by taking thought can add one cubit unto his stature?
Mat 6:28 And why take ye thought for raiment? Consider the lilies of the field, how they grow; they toil not, neither do they spin:
Posted by EEreporter at 6/27/2013 08:14:00 PM Links to this post
Email ThisBlogThis!Share to TwitterShare to FacebookShare to Pinterest 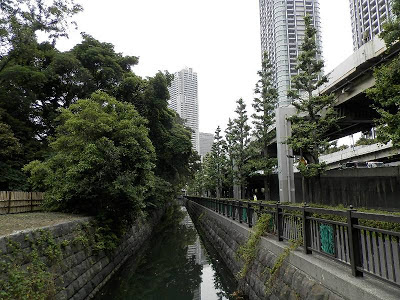 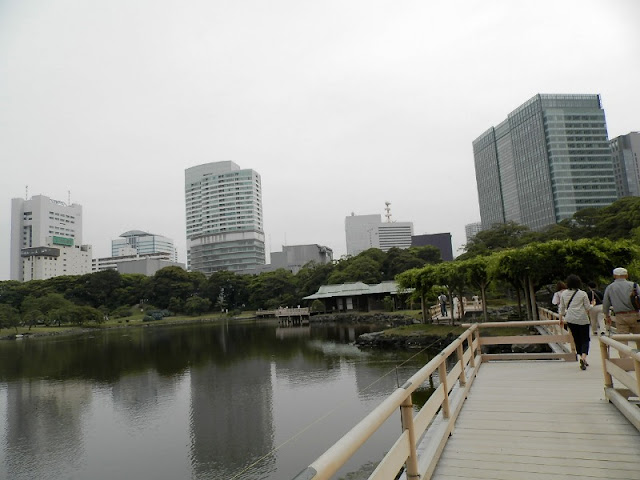 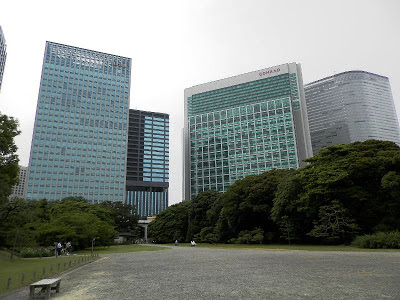 A Public Park on Tokyo Bay

Advanced weapons are dangerous not only for enemies but for owners of the weapons.

Technology can be stolen and it can diffuse over borders of nations.

When the US invented an atomic bomb, which developed to nuclear weapons, it faced the most serious situation in terms of the American national security after WWII, since the Soviet Union in real acquired this dangerous weapon to aim it at the US.

Now it is the information technology that is playing a decisive role in national defense of major countries.  If you can eavesdrop on every conversation of the US President and other politicians and secretly read all their e-mails, you will surely think that you can fully intimidate the US as you wish.  It is vice versa.  So, the US must be trying to eavesdrop on every conversation of its enemies and read e-mails of them without their knowledge.

But if any parts, including personnel, of the system being used for this secret war based on the information technology should go wrong, great confusion and turmoils will occur in society.

If it is gangsters who get such information, they would simply blackmail a government for money.  But if millions or a billion people in the world get or are given such information over the Internet, there would be devastating mess in a country which has been targeted or has suffered such malfunction of their information system.

Then mankind must be living peacefully like in the 15th century when Columbus reached the American Continent without use of computers and smart phones.


Luk 6:25 Woe unto you that are full! for ye shall hunger. Woe unto you that laugh now! for ye shall mourn and weep.
Luk 6:26 Woe unto you, when all men shall speak well of you! for so did their fathers to the false prophets.
Luk 6:27 But I say unto you which hear, Love your enemies, do good to them which hate you,
Luk 6:28 Bless them that curse you, and pray for them which despitefully use you.
Posted by EEreporter at 6/26/2013 08:14:00 PM Links to this post
Email ThisBlogThis!Share to TwitterShare to FacebookShare to Pinterest 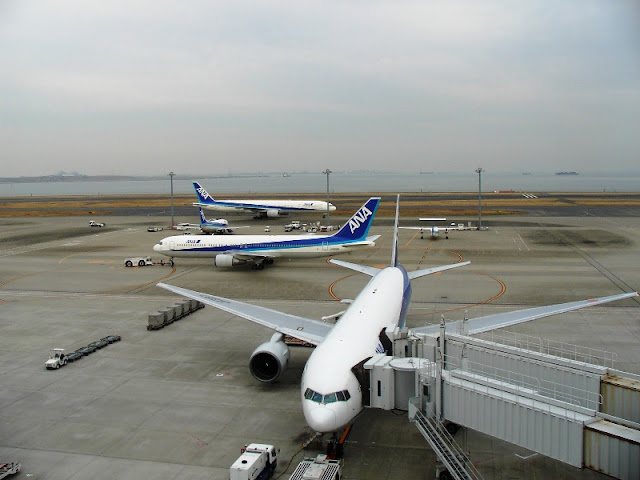 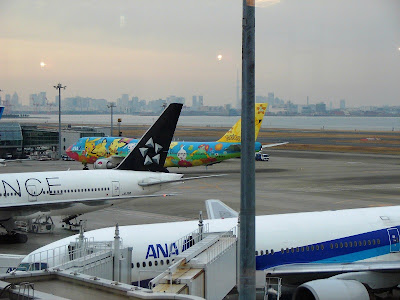 Like 2000 yeas ago, the moon is orbiting the earth, though it looked very large on June 23 (JAPAN TIME) as the moon came a little closer to the earth or specifically 356,990 km far.

A similar phenomenon also occurred on March 19, 2011 as the moon was just 356,577 km away from the earth.  However, on March 11, 2011 an M9.0 earthquake occurred in the North Pacific Ocean off north east coast lines of Honsyu Island, Japan.

In addition, it also occurred in January 2005, but two weeks before, an M9.1 earthquake occurred off Sumatra Island, Indonesia, in December 2004.

So, we had better be on alert in these weeks, since a supermoon phenomenon happened yesterday.

According to NASA, a full moon at perigee is up to 14% larger and 30% brighter than one at its farthest point, or apogee.


Joh 6:24 When the people therefore saw that Jesus was not there, neither his disciples, they also took shipping, and came to Capernaum, seeking for Jesus.
Joh 6:25 And when they had found him on the other side of the sea, they said unto him, Rabbi, when camest thou hither?
Joh 6:26 Jesus answered them and said, Verily, verily, I say unto you, Ye seek me, not because ye saw the miracles, but because ye did eat of the loaves, and were filled.
Posted by EEreporter at 6/24/2013 10:46:00 PM Links to this post
Email ThisBlogThis!Share to TwitterShare to FacebookShare to Pinterest
Newer Posts Older Posts Home