"God, that comforteth those that are cast down" 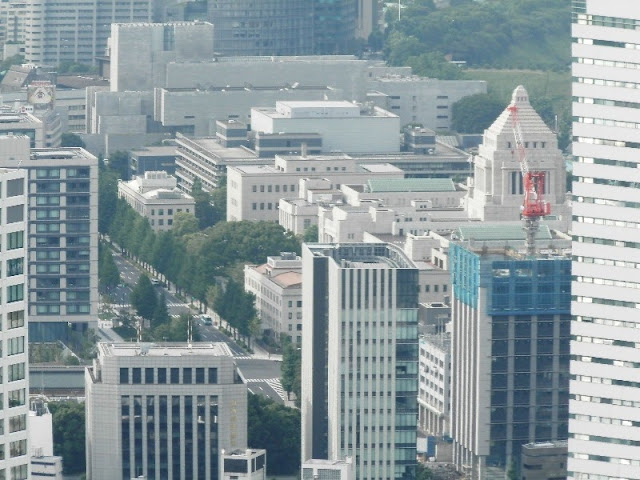 
2Co 7:5 For, when we were come into Macedonia, our flesh had no rest, but we were troubled on every side; without were fightings, within were fears.
2Co 7:6 Nevertheless God, that comforteth those that are cast down, comforted us by the coming of Titus;
2Co 7:7 And not by his coming only, but by the consolation wherewith he was comforted in you, when he told us your earnest desire, your mourning, your fervent mind toward me; so that I rejoiced the more.

Posted by EEreporter at 7/06/2013 01:36:00 PM
Email ThisBlogThis!Share to TwitterShare to FacebookShare to Pinterest 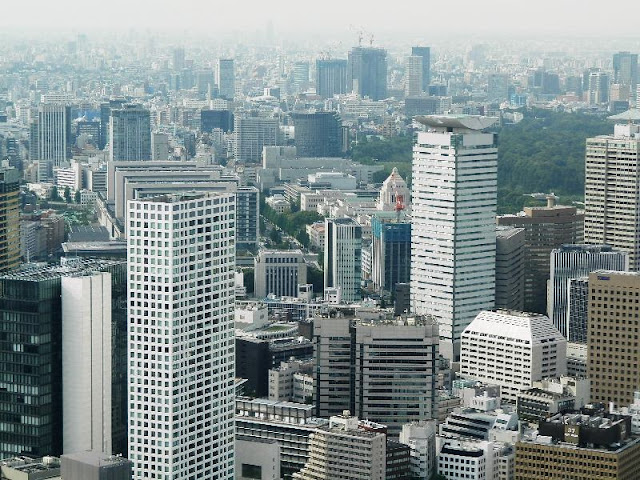 View from Tokyo Tower (National Diet Bldg. in the Middle)

The official election campaign period will be ended on July 20; voting on July 21 Sunday.

It is expected that Prime Minister Shinzo Abe will overwhelmingly win.  His LDP party and its coalition Komeito Party will secure a majority in both the Houses.

It should be noted that the LDP was not in power when the great tsunami hit Japan in March 2011.  It was the liberal DPJ that was in charge of national administration of Japan when the M9.0 earthquake occurred and subsequently the Fukushima Daiichi nuclear power plant was attacked by 15-meter tsunamis to lose its function and suffer melt down of nuclear fuel.

A regime change from the DPJ Cabinet to the LDP Cabinet was realized in the general election held last December.  Voters found that socialistic DPJ politicians were not capable of handling this great scale of disaster.  So they voted for the conservative and capitalist LDP with hope that  LDP politicians would more professionally fix the situations and address the great problems caused the big disaster of a scale which could be only observed once in a thousand years.

This election is the first in Japan where the Internet use in campaigns is officially authorized.

PM Mr. Abe is actively using the Internet to boost a social mood in favor of the so-called Abenomics (meaning huge buying of government bonds by the Bank of Japan).

Howeveｒ, the LDP seems to be more concerned with TV.  The ruling party LDP claimed that a certain TV station in Tokyo was biased and significantly anti-LDP, pointing at a certain news program in their complaint.  Maybe their president Mr. Abe might not like some commentator engaged in the program.

Anyway one thing and another, a summer drama in Japan is going on with many dreams flying around like fireflies.

The Upper House consists of 242 seats half of which are reelected in every three years.

To make sure, I am not a member of the House.

"out of thy country, and from thy kindred" 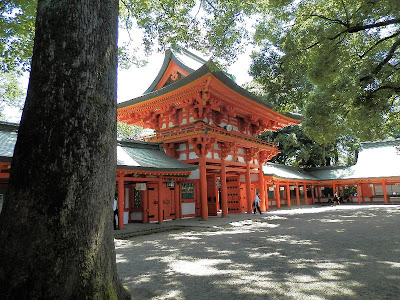 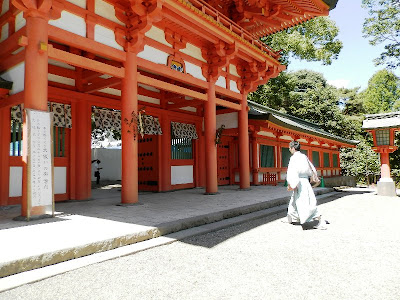 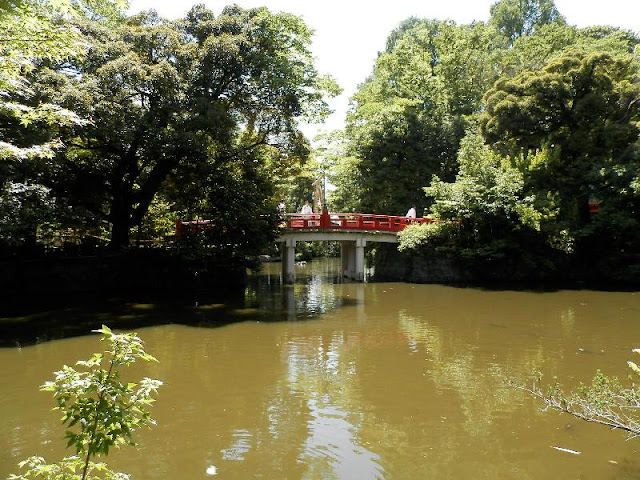 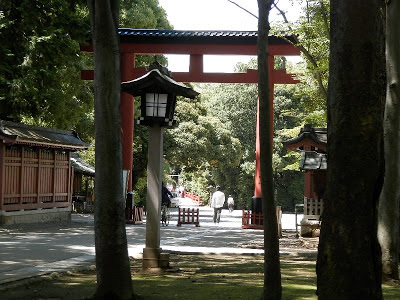 A Shinto Shrine Situated around Tokyo


Act 7:1 Then said the high priest, Are these things so?
Act 7:2 And he said, Men, brethren, and fathers, hearken; The God of glory appeared unto our father Abraham, when he was in Mesopotamia, before he dwelt in Charran,
Act 7:3 And said unto him, Get thee out of thy country, and from thy kindred, and come into the land which I shall shew thee.
Act 7:4 Then came he out of the land of the Chaldaeans, and dwelt in Charran: and from thence, when his father was dead, he removed him into this land, wherein ye now dwell.
Posted by EEreporter at 7/03/2013 01:41:00 PM
Email ThisBlogThis!Share to TwitterShare to FacebookShare to Pinterest

"with unwashen, hands, they found fault" - Istanbul for 2020 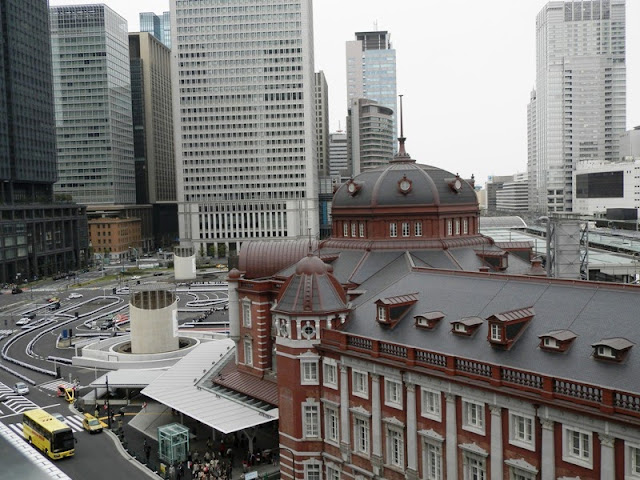 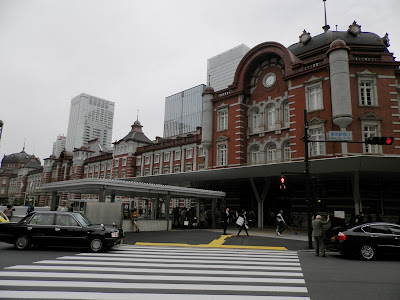 If Istanbul is slated to hold the 2020 Olympic Games, Muslims in the Middle East and North Africa should be encouraged to pursue peace and prosperity.

But there is one big rival city Tokyo.

Tokyo held the summer Olympics in 1964.  Then two other Asia cities followed Tokyo to show their economic and political success: Seoul in 1988 and Beijing in 2008.

So, once in 20 years the summer Olympics has been held in East Asia.  Therefore, Tokyo or other Japanese city, such as Hiroshima City or Fukushima City, may be allowed to hold the Olympics in 2024.

At present, Tokyo is not suitable for holding Olympic Games, because the Fukushima Daiichi nuclear accident is not yet completely fixed; Tokyo can be hit at any moment by a great in-land earthquake without full counter-measures being taken; Mt. Fuji 100 km from Tokyo can erupt at any moment without full counter-measures being taken; and Japan is now engaged in a very difficult task of getting rid of 15-year long deflation, a very unique economic phenomenon only seen in Japan among advanced countries.

So, Tokyo must avoid hosting the Olympic Games in 2020.

Istanbul should be the first Olympics host nation in the Islamic world.  Though Turkey is not yet admitted to the EU membership, it must be allowed to host Olympics.


Mar 7:1 Then came together unto him the Pharisees, and certain of the scribes, which came from Jerusalem.
Mar 7:2 And when they saw some of his disciples eat bread with defiled, that is to say, with unwashen, hands, they found fault.
Mar 7:3 For the Pharisees, and all the Jews, except they wash their hands oft, eat not, holding the tradition of the elders.
Mar 7:4 And when they come from the market, except they wash, they eat not. And many other things there be, which they have received to hold, as the washing of cups, and pots, brasen vessels, and of tables.
Mar 7:5 Then the Pharisees and scribes asked him, Why walk not thy disciples according to the tradition of the elders, but eat bread with unwashen hands?
Mar 7:6 He answered and said unto them, Well hath Esaias prophesied of you hypocrites, as it is written, This people honoureth me with their lips, but their heart is far from me.
Mar 7:7 Howbeit in vain do they worship me, teaching for doctrines the commandments of men.
Mar 7:8 For laying aside the commandment of God, ye hold the tradition of men, as the washing of pots and cups: and many other such like things ye do.
Mar 7:9 And he said unto them, Full well ye reject the commandment of God, that ye may keep your own tradition.
Posted by EEreporter at 7/02/2013 10:53:00 AM
Email ThisBlogThis!Share to TwitterShare to FacebookShare to Pinterest

"he entered into Capernaum" 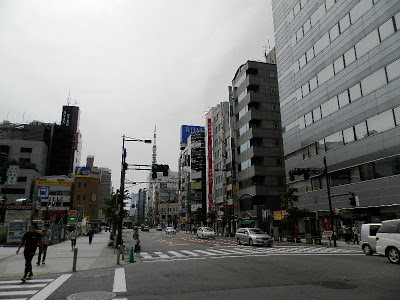 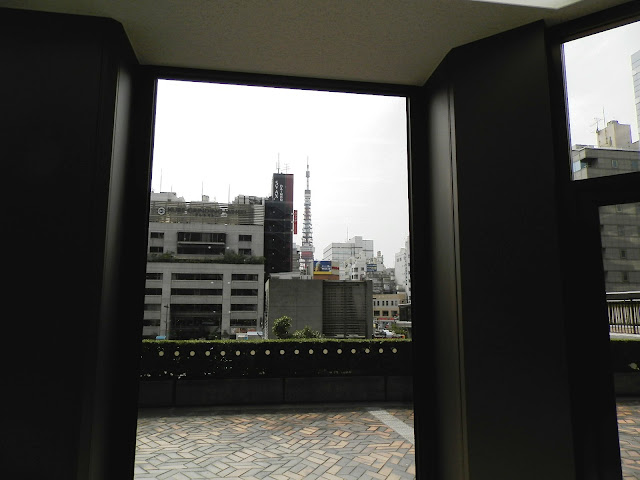 
Luk 7:1 Now when he had ended all his sayings in the audience of the people, he entered into Capernaum.
Luk 7:2 And a certain centurion's servant, who was dear unto him, was sick, and ready to die.
Luk 7:3 And when he heard of Jesus, he sent unto him the elders of the Jews, beseeching him that he would come and heal his servant.
Luk 7:4 And when they came to Jesus, they besought him instantly, saying, That he was worthy for whom he should do this:
Luk 7:5 For he loveth our nation, and he hath built us a synagogue.
Luk 7:6 Then Jesus went with them. And when he was now not far from the house, the centurion sent friends to him, saying unto him, Lord, trouble not thyself: for I am not worthy that thou shouldest enter under my roof:
Luk 7:7 Wherefore neither thought I myself worthy to come unto thee: but say in a word, and my servant shall be healed.
Luk 7:8 For I also am a man set under authority, having under me soldiers, and I say unto one, Go, and he goeth; and to another, Come, and he cometh; and to my servant, Do this, and he doeth it.
Luk 7:9 When Jesus heard these things, he marvelled at him, and turned him about, and said unto the people that followed him, I say unto you, I have not found so great faith, no, not in Israel.
Posted by EEreporter at 7/01/2013 10:58:00 AM
Email ThisBlogThis!Share to TwitterShare to FacebookShare to Pinterest
Newer Posts Older Posts Home