"let down your nets for a draught" 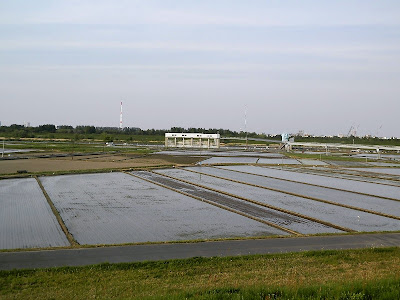 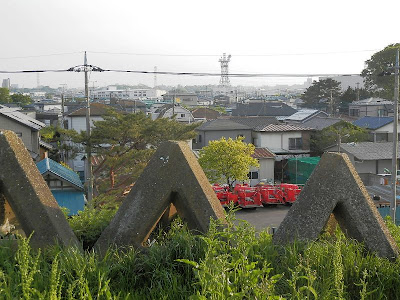 Some Suburb of Tokyo


Luk 5:4 Now when he had left speaking, he said unto Simon, Launch out into the deep, and let down your nets for a draught.
Luk 5:5 And Simon answering said unto him, Master, we have toiled all the night, and have taken nothing: nevertheless at thy word I will let down the net.
Luk 5:6 And when they had this done, they inclosed a great multitude of fishes: and their net brake.

Posted by EEreporter at 5/04/2013 10:47:00 AM Links to this post
Email ThisBlogThis!Share to TwitterShare to FacebookShare to Pinterest

"to hear the word of God"- Political Balance 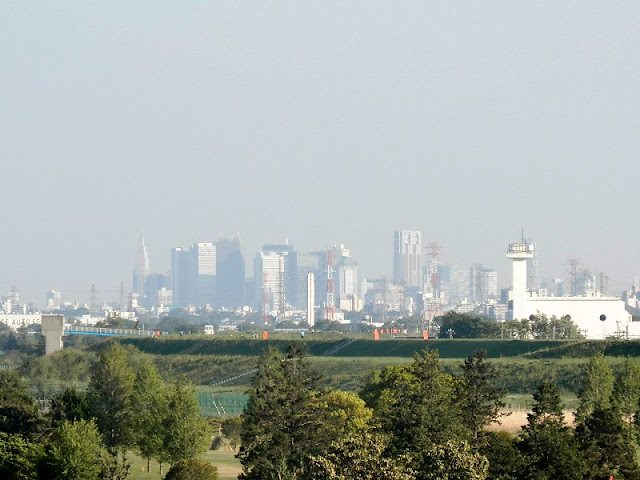 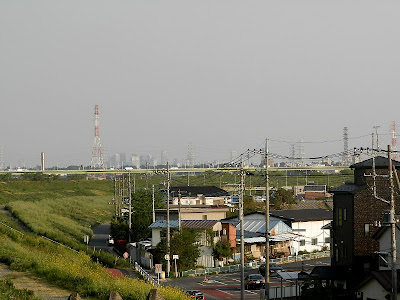 Balance is a key factor to sustenance of human society.

For example, in 1990s or in a decade after the Persian Gulf War of 1991, everything went well in the US.

The computer industry enjoyed great success along with progress of deployment of the Internet.  The US could well compete with its new virtual enemy nation Japan, since the USSR already collapsed after decades of the Cold War.  The US victory against Japan in the fields of the information technology and the money sector led to bubble of the US economy.  Even the budgetary balance of the federal government became zero deficit. Wall Street businesses enjoyed an unprecedented boom.

But in the last days of the Clinton Administration, a big shameful episode happened in the White House while President Mr. Clinton failed to properly respond to a fatal and mad challenge from Osama bin Laden and AlQaeda.

Then the 9/11 Terror shook the US, resulting in the War on Terror.  But while pursuing the war in Iraq and Afghanistan, President Mr. Bush let US businesses chase their own interest even in an unlawful manner.  So, Enron collapsed and the subprime loan crisis was set off.  And finally, Lehman Brothers got bankrupt, triggering a great financial crisis in Wall Street and the global financial crisis, during which even GM became insolvent.

The choice was then for Mr. Barack Obama.  American people wanted a new hero whose personal attributions should be opposite to those of President Mr. W. Bush.  Mr. Obama met the condition.

So, to strike a balance between the miserable reality caused by Mr. Bush and their pride, American voters elected Mr. Obama as their president.   Of course, 55% of voters were afraid that those of the same class as Mr. Bush would totally harm and damage the poor and the lower middle class of the US society if any of them should assume presidential office again.  So, the choice was for Mr. Obama as president.

Luk 5:1 And it came to pass, that, as the people pressed upon him to hear the word of God, he stood by the lake of Gennesaret,
Luk 5:2 And saw two ships standing by the lake: but the fishermen were gone out of them, and were washing their nets.
Luk 5:3 And he entered into one of the ships, which was Simon's, and prayed him that he would thrust out a little from the land. And he sat down, and taught the people out of the ship.
Posted by EEreporter at 5/01/2013 02:57:00 PM Links to this post
Email ThisBlogThis!Share to TwitterShare to FacebookShare to Pinterest

"and came unto him" - Ready for Global Warming to Cooling? 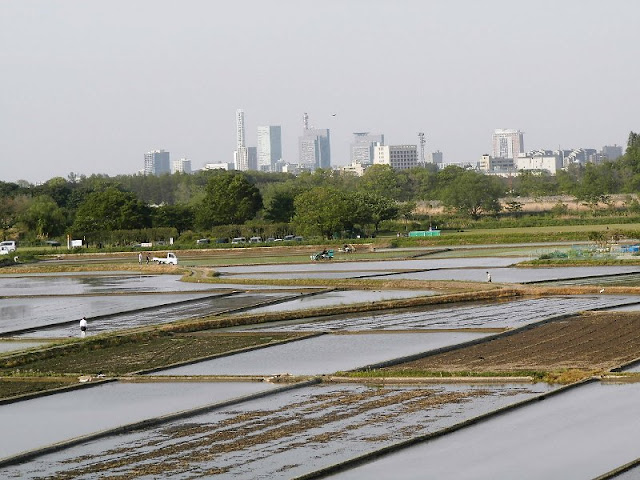 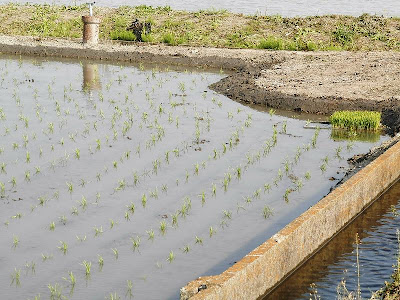 
Ready for Global Warming to Cooling?

When we forget a past great disaster caused by a big earthquake or tsunamis, it often comes again.

A prolonged decline in solar output will begin sometime around 2040 and subject the Earth to global cooling that will last 200-250 years, scientists at Russia’s Pulkovo Observatory report.

If the tide has changed from global warming to cooling, its pace can be accelerated for some reasons as with cases in other natural phenomena.


Are We Entering a New Ice Age? – Solar Variability and Terrestrial Climate
NASA concedes they don’t understand the recent drop in Earth’s atmosphere.
In a recent publication NASA scientist asserts: “Indeed, the Sun could be on the threshold of a mini-Maunder, even right now.”

NASA is finally promoting that slight changes in solar variability and Space weather can have drastic changes on Earth’s climate. The change in thinking is due to new data on how the Sun and cosmic rays influence climate and cloud formation. The consequences of solar and space energy on climate is now “officially” recognized as significant.

Space weather scientists are fully aware that our protective magnetosphere has been weakening for the past 400 years. Despite this long-held knowledge, corporate media continues to focus only on Co2 and Greenhouse gases as the singular cause for changes in our climate. Are you following the money?

The key to a future change in climate seems a state of the sun as has been widely discussed,


The debate over global warming may be heating up again amid new scientific evidence that the sun's activity is cooling down -- which will cause temperatures to fall on planet Earth, scientists say.

A recent surge in scorching solar flares millions of miles long comes from a peak in the sun's activity cycle. Yet "Cycle 25," the next 11-year activity phase, will be one of the weakest in centuries, NASA predicts -- a decrease that will mean fewer flares and more fleece sweaters.

“If solar output reduced below that seen [in the late 1600s] the global temperature reduction would be 0.13 C,” the U.K. Met Office said.

That's not a big change, of course. But since global air temperatures have remained more or less flat over the past 12 years, according to the newest climate data, the coming lull in the sun’s activity may mean a decrease in world temperatures.

Indeed, a chart of global temperatures released last week by British climate scientists at the Met Office and the University of East Anglia's Climatic Research Unit shows average temperatures on planet Earth reverting in 2011 to the same levels seen in 1997 -- still elevated, but unmistakably down from the peaks of last decade.

The average global temperature in 2011 was 0.36 C above average, the exact same average as in 1997. In the previous decade, temperatures held fairly steady at around 0.44 C degrees above average.

I hope that the global atmospheric temperature will return to the level observed in the era of Christ Jesus or 2000 years ago.

I think the Son of God must have come to the world at the right time even in terms of temperature.

And, when he died, it was said that an earthquake occurred.  So, we may have to experience earthquakes to be reminded of the tragedy of Christ Jesus.

Further for Japan, the story of Moses might be connected to a kind of tsunami which occurred 3200 years ago between Egypt and Palestine.

We should accept earthquakes and tsunamis as well as some temperature change.

Joh 4:28 The woman then left her waterpot, and went her way into the city, and saith to the men,
Joh 4:29 Come, see a man, which told me all things that ever I did: is not this the Christ?
Joh 4:30 Then they went out of the city, and came unto him.
Joh 4:31 In the mean while his disciples prayed him, saying, Master, eat.
Joh 4:32 But he said unto them, I have meat to eat that ye know not of.
Joh 4:33 Therefore said the disciples one to another, Hath any man brought him ought to eat?
Joh 4:34 Jesus saith unto them, My meat is to do the will of him that sent me, and to finish his work.
Posted by EEreporter at 5/01/2013 12:02:00 AM Links to this post
Email ThisBlogThis!Share to TwitterShare to FacebookShare to Pinterest

"because the harvest is come" - Whose God? 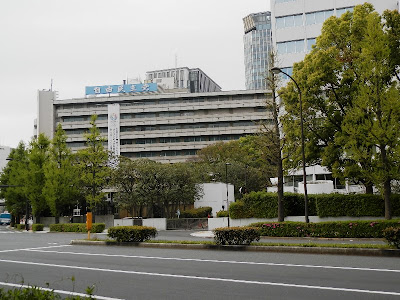 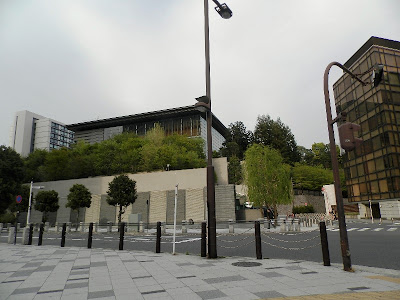 Why cannot mankind hold one religion?

Does it mean that there are Gods as many as the number of religions?

At least, it looks reasonable to think that there are three Gods: each for Judaism, Christianity and Islam.

But of course there can be the God of these three Gods.

However, the Devil or Satan, namely the king of evil spirits, seems to be only one while it works all over the world doing the same bad trick on people everywhere.

Or at least nobody minds how many kings of devils are in this world.  Satan cannot be a source of true wisdom, literature, philosophy, and science which are foundation of human wealth.

On thing sure is that the God wants every human being to respect Him in a unique manner.  Different people are expected to show their faith in the God different ways.

From other perspective, it might be very natural to say, "My God cannot be your God.  All I know is my God is true god."

In most cases, most people respect Satan more than their gods, so that it might not matter, but still it sounds good to hear, "Your God is my God."

Mar 4:26 And he said, So is the kingdom of God, as if a man should cast seed into the ground;
Mar 4:27 And should sleep, and rise night and day, and the seed should spring and grow up, he knoweth not how.
Mar 4:28 For the earth bringeth forth fruit of herself; first the blade, then the ear, after that the full corn in the ear.
Mar 4:29 But when the fruit is brought forth, immediately he putteth in the sickle, because the harvest is come.
Posted by EEreporter at 4/29/2013 11:32:00 AM Links to this post
Email ThisBlogThis!Share to TwitterShare to FacebookShare to Pinterest

"against thy holy child Jesus" - According to Christ Jesus 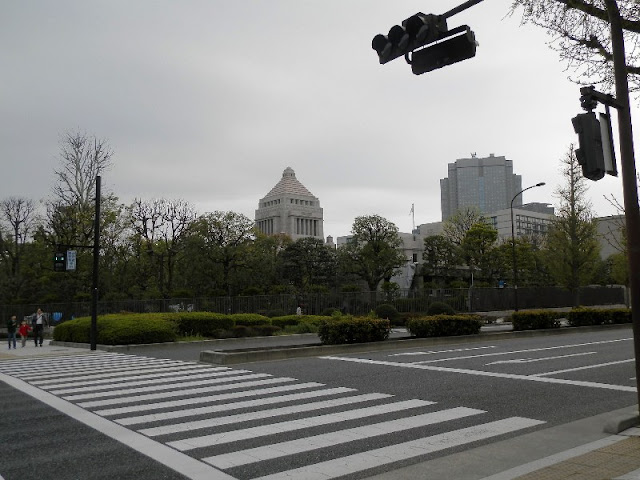 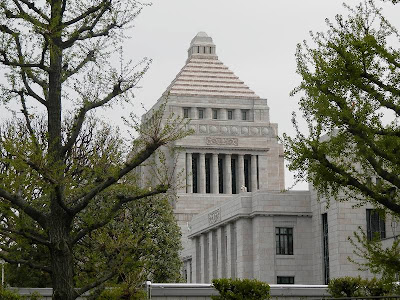 
According to Christ Jesus

According to Christ Jesus,

So, only poor people are given a chance that each of their souls is saved.

From the beginning you cannot be rich and successful without neglecting the poor.

And then, you cannot continue to be rich and successful without neglecting the poor.

So, if you are not rich or successful, do not hate those rich and successful people.  But you must ask the God to save your soul suffering in poverty and adversity.  Of course, you can claim to the God how much those bad people are faithless while they are making you suffer.

Act 4:26 The kings of the earth stood up, and the rulers were gathered together against the Lord, and against his Christ.
Act 4:27 For of a truth against thy holy child Jesus, whom thou hast anointed, both Herod, and Pontius Pilate, with the Gentiles, and the people of Israel, were gathered together,
Act 4:28 For to do whatsoever thy hand and thy counsel determined before to be done.
Act 4:29 And now, Lord, behold their threatenings: and grant unto thy servants, that with all boldness they may speak thy word,
Act 4:30 By stretching forth thine hand to heal; and that signs and wonders may be done by the name of thy holy child Jesus.
Posted by EEreporter at 4/28/2013 12:17:00 AM Links to this post
Email ThisBlogThis!Share to TwitterShare to FacebookShare to Pinterest
Newer Posts Older Posts Home