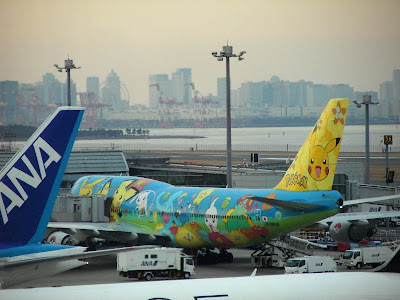 The Tokyo International Airport at Haneda not in Narita... 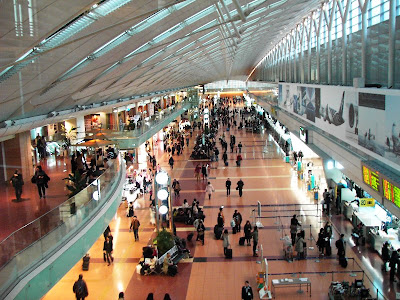 A Day of A Fukushima Daiichi Worker

According to the Japanese magazine SAPIO, a daily routine of an ordinary worker now engaged in a recovery project in Fukushima Daiichi is as follows:

(He stays at a lodgment a subcontractor manages.  Between the lodgment and the Fukushima Daiichi, there is a kind of meeting place or a camp for workers sent by various subcontractors to gather and get on buses for the plant, which is called J Village.  And, almost 6,000 workers go to the Fukushima Daiichi plant for various kinds of repair and recovery jobs every day.)

05:45
Takes breakfast in the lodgment.

07:00
Arrives at the Fukushima Daiichi nuclear power plant by bus.
Prepares for work and takes rest.

16:00
Arrives at the lodgment.
Takes a bath.
Takes a recess.

A worker wears a full-face mask and a Tyvek protective garment with a 20-kg lead vest and three gloves, one on another, on each hand.

Yet, they could receive 250 milli sieverts of doses in two hours, the special limit for workers engaged in nuclear accident restoration.

Those workers are mainly hired not directly by TEPCO, Hitachi, Toshiba, and other big businesses but by the second, the third, the fourth, the fifth, the sixth, or even the seventh tier subcontractors.  And, some subcontractors are said to be collecting workers through connection with gangsters. 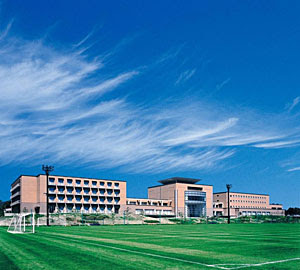 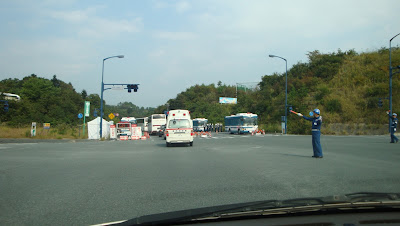 A Check Point in Front of the J Village with Police Buses Stationed
http://blogs.yahoo.co.jp/nhkhp146/folder/1516890.html 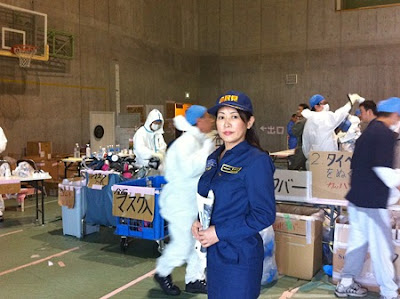 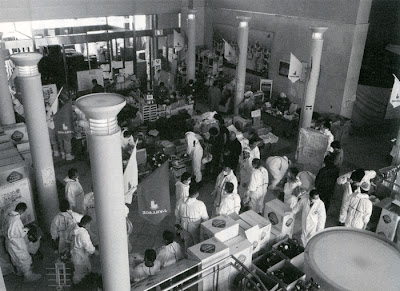 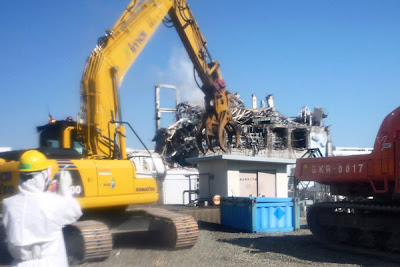 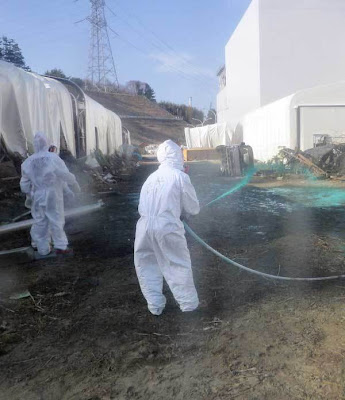 In the Field of Fukushima Daiichi
http://ameblo.jp/sannriku/day2-20110419.html 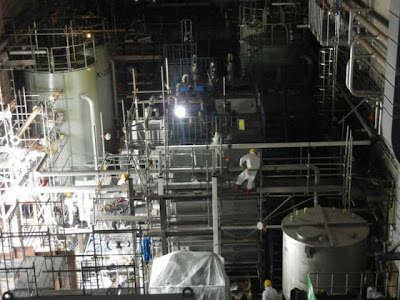 On Site of Fukushima Daiichi
http://www.anaroguma.org/komake/fukushima/photo_June1/index.htm 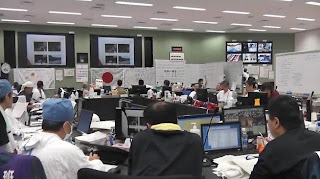 In the Control Room of Fukushima Daiichi
http://www.anaroguma.org/komake/fukushima/photo_June1/index.htm 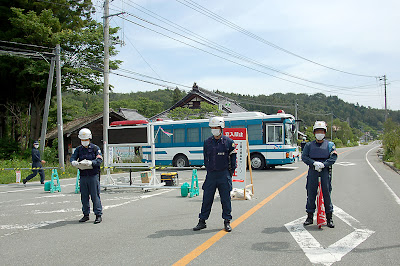 A Police Checkpoint in Namie Town near Fukushima Daiichi
http://makoto-craftbox.cocolog-nifty.com/blog/2011/06/post-db21.html


Act 1:21 Wherefore of these men which have companied with us all the time that the Lord Jesus went in and out among us,
Act 1:22 Beginning from the baptism of John, unto that same day that he was taken up from us, must one be ordained to be a witness with us of his resurrection.

Posted by EEreporter at 1/21/2012 08:00:00 PM Links to this post
Email ThisBlogThis!Share to TwitterShare to FacebookShare to Pinterest

"they left their father Zebedee" - Truth of Korea 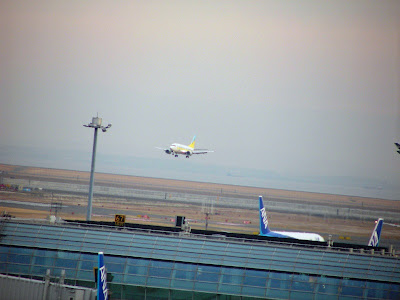 From Tokyo & To Tokyo 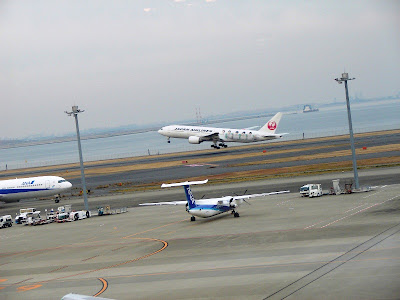 Around the 3rd century BC, Korea (Wiman Joseon) became a tributary to China (the Hang Dynasty).


Since then, till the Empire of Japan defeated China (Qing) in the Japanese-Sino War in 1895, Korea had been a tributary country to China without interruption.


After Yi Dan（Yi Seong-gye or Taejo）defeated the Goryeo Dynasty and founded his own dynasty in the Korean Peninsula in 1392, he was asked whether the name of the kingdom of Korea would be changed from Goryeo by the emperor of China (the Ming Dynasty).  As the suｚerain over Korea, the emperor of Ming (the Hongwu Emperor) requested a prompt answer from Taejo, the virtual king of Korea.


So, Taejo humbly asked the Hongwu Emperor of Ming to choose one of two for the new name of his kingdom: Joseon (Chosen in Japanese) or Wanei (in Japanese).  The Chinese emperor reasonably chose the former as the latter was already used as a name of other tributary, so that Taejo became formally Taejo of Joseon or King of Joeson and his kingdom came to be called the Joseon Dynasty.  Joeson means tranquility in the morning.


Yet when the Empire of Japan defeated China (the Qing Dynasty) in 1895, Korea lost the status of a tributary or got independent from China as Japan and Qing concluded the Treaty of Shimonoseki: 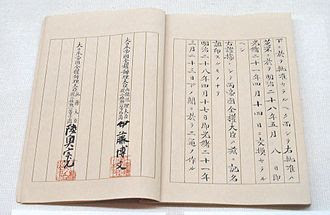 
So, Korean people owe Japan forever for their independence from China at least psychologically, though they had to obey and be annexed to the Empire of Japan half a century later due to their incompetence in its building a modern nation to cope with invasion by the Russian Empire and other Western Powers.


Anyway, though Qing had put all the nations in the east of India into the state of a tributary to China, except Mughal Empire and Japan, it lost those tributaries one after another.  In the late 19th century, China had finally only one tributary Korea.  And it lost it as a consequence of the Japanese-Sino War in 1895.  In this context, the war has very significant meaning not only for Korea and China but also for whole East Asia. Because it finally told the end of the tributary system under hegemony of a Chinese empire. 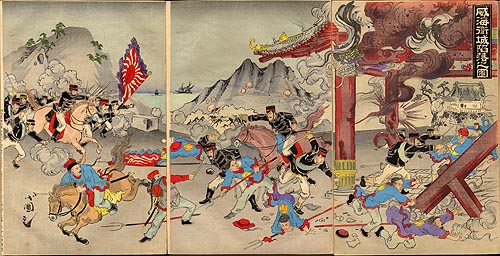 So, it might be no wonder that North Korea is still a kind of tributary to China as the only such nation.  And, South Korea never ceases to try to harm Japanese reputation while it owes Japan for its industrial success after WWII.  The root is deep in history, since South Korea militarily occupies Japan's Takeshima Island in the Sea of Japan while it knows the rocky island belongs to Japan from older days.


Mar 1:20 And straightway he called them: and they left their father Zebedee in the ship with the hired servants, and went after him.
Mar 1:21 And they went into Capernaum; and straightway on the sabbath day he entered into the synagogue, and taught.
Posted by EEreporter at 1/20/2012 11:01:00 AM Links to this post
Email ThisBlogThis!Share to TwitterShare to FacebookShare to Pinterest

"I am Gabriel" - Mysterious Master Moji 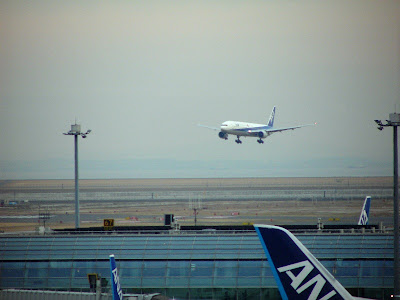 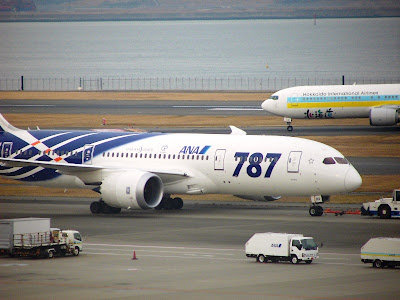 Mysterious and profound philosophical master of ancient China Moji (called Boku-Shi in Japanese) is believed to be born after the death of great teacher Confucius since Confucius never mentioned Moji.

So, Moji is introduced today as follows:


Born in Tengzhou, Shandong Province, China, he founded the school of Mohism, and argued strongly against Confucianism and Daoism. During the Warring States Period, Mohism was actively developed and practiced in many states, but fell out of favour when the legalist Qin Dynasty came to power. During that period, many Mohist classics were ruined when Qin Shihuang carried out the burning of books and burying of scholars.
http://en.wikipedia.org/wiki/Mozi

Moji was different from any other philosophers and philosophical masters of ancient China in that he led a band of warriors.  But they simply joined different kings on different occasions in the warring period of ancient China not for invasion and offence but solely for defense purposes.

Yet, Moji was a master, among others, the closest to Christianity.

Great Confucius said that he would not discuss ghosts, holy ghosts, or holy gods, since he was yet to master everything in this world.  Nonetheless, Moji claimed that ghosts, holy ghosts, or holy gods should be a focus of philosophy.  Moji criticized Confucianism that the school respected rituals and music while neglecting souls of spiritual entities.  Above all, Moji said that love did not have to necessarily start and expand from a family to a state as Confucius claimed; love must apply equally to everybody under the heaven.

As Moji's teaching was close to Christianity, his school was reminded Chinese of in the late 19th century over 200-year oblivion as China at the time faced full invasion by and aggression of Western powers.

When the king of the state of Chu planned invasion of the state of Song, one of his engineers invented a ladder type of machine to attack citadels of Song.  When this information reached him, Moji hurried to Chu to see the king.  The king respected master Moji but could not easily accept Moji's request not to invade Song.  So, the king of Chu asked Moji to fight a simulation war on the desk with the very engineer who invented the powerful attack machine, sayng, "Master Moji, if you could successfully defend against all the attacks my engineer will deliver, I would not attack Song."  And after defeating all the tactics the engineer used, Moji had still other means to use for defense in the war game on the desk.  The military engineer lost face befor his king and hence said, "I still have a means to destroy your defense, Master Moji!" "Yes, I know," responded Moji, "your last and secret tactics is to kill me here right now so that Song cannot defend based on my advice!"  Moji continued, "But I have already sent 300 of my followers to Song with my secret advice to the king of Song.  You cannot stop them all."  Then, the king of Chu, watching all the exchanges of tactics and words between his faithful engineer and prestigious master Moji, pledged to Moji, "Master Moji, I will not make war with Song."

The, Moji left the castle of Chu.  Moji was passing the state of Song to his headquarters in the state of Qi.  But it suddenly started to rain.  Moji sought shelter from rain at the gate of a fortress of Song.  But a soldier policing the gate thought the man standing under the roof of the gate was a beggar but not a great leader of a great band of philosophical warriors who saved his state just now.  So the soldier drove Moji out into rain.  Moji didn't tell what he was but walked into rain to Qi. 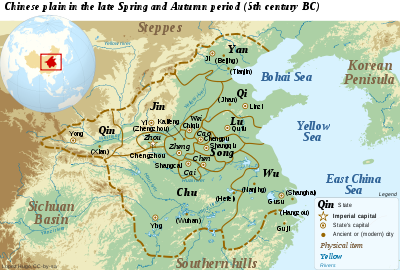 
Luk 1:19 And the angel answering said unto him, I am Gabriel, that stand in the presence of God; and am sent to speak unto thee, and to shew thee these glad tidings.

Posted by EEreporter at 1/19/2012 09:58:00 AM Links to this post
Email ThisBlogThis!Share to TwitterShare to FacebookShare to Pinterest 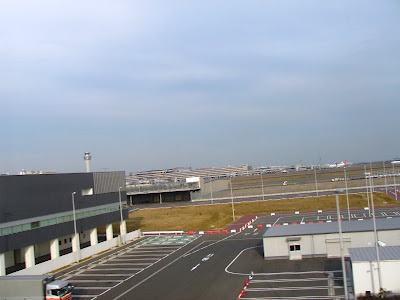 
Joh 1:18 No man hath seen God at any time, the only begotten Son, which is in the bosom of the Father, he hath declared him.
Posted by EEreporter at 1/18/2012 10:07:00 AM Links to this post
Email ThisBlogThis!Share to TwitterShare to FacebookShare to Pinterest

"unto Christ are fourteen generations" - Radiation States in East Japan 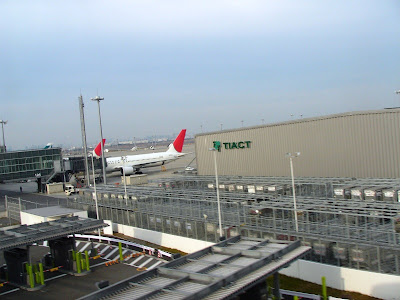 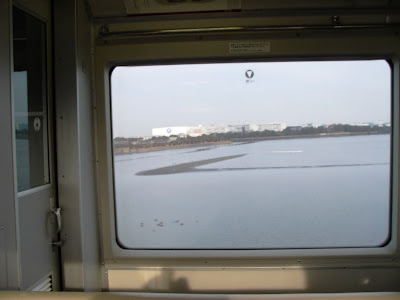 Radiation States in East Japan
Yesterday, namely on January 16, 2012, the radiation doses in Fukushima Prefecture and East Japan are as follows:

The doses in Tokyo of 0.064 micro Sieverts means 0.56 milli Sieverts per year.

The doses in Fukushima City of 0.83 micro Sieverts means 7.27 milli Sieverts per year

As 1 milli Sieverts per year is regraded as a global criterion for assured safety, Tokyo is very safe but Fukushima City is not.

But, the Japanese Government does not try to move infants and children living in Fukushima City out of the city to safer areas.

This can be regraded as a kind of crimes.

Posted by EEreporter at 1/17/2012 12:42:00 PM Links to this post
Email ThisBlogThis!Share to TwitterShare to FacebookShare to Pinterest

"for they were fishers" - Death of a Fukushima Daiichi Worker 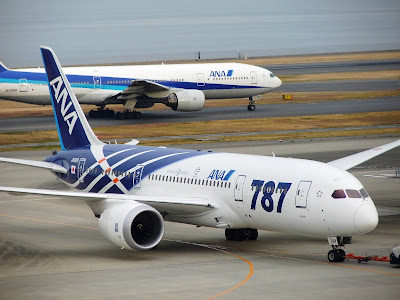 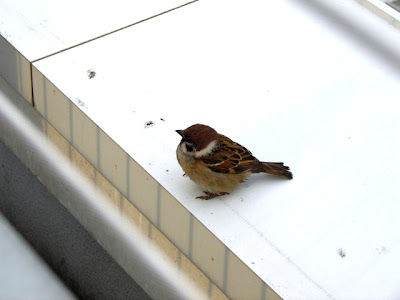 At the time there was no resident medical doctors in the plant.  It took 2 hours and 40 minutes for him to be carried to a hospital out of the evacuation zone.  There he was found to be dead.

The man was dispatched to Fukushima Daiichi by a subcontractor at the fourth level under the engineering giant Toshiba.  On the day, he started from accommodation facilities outside an evacuation zone at 2 a.m.  Then at 6 A.M. he began to work in the plant, carrying a 50 kg iron cutter with his colleague, but in 20 minutes he fell on the ground.

He had only one family: the Thai wife.  His employer, namely a fourth-level subcontractor of Toshiba, gave just half a million yen ($6,000) to her, telling her to go back to Thailand.

It is outrageous that a wife who lost her husband, due to the onset of illness while working for a recovery project in Fukushsima Daiichi, received only $6,000 and nothing else from any body, including Toshiba, TEPCO, and the Japanese Government.

Even today about 6,000 workers are engaged in recovery work of four reactor units of the Fukushima Daiichi nuclear power plant that has six reactor units.  Most of them are replaced in a four-month period with new workers.


Mar 1:16 Now as he walked by the sea of Galilee, he saw Simon and Andrew his brother casting a net into the sea: for they were fishers.
Mar 1:17 And Jesus said unto them, Come ye after me, and I will make you to become fishers of men.
Posted by EEreporter at 1/16/2012 10:08:00 AM Links to this post
Email ThisBlogThis!Share to TwitterShare to FacebookShare to Pinterest
Newer Posts Older Posts Home