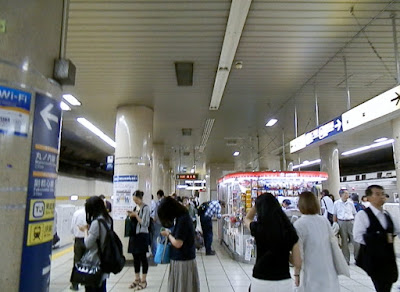 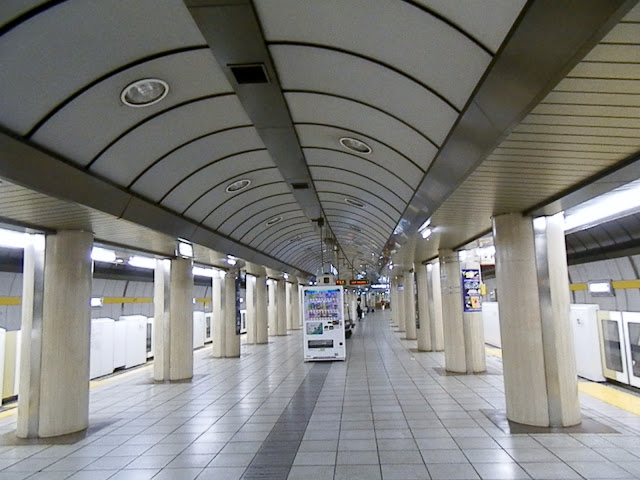 The Absurd Story of the End of Jesus' Life

If 2,000 years ago a man had been executed by Roman soldiers in Jerusalem but resurrected three days later, could he have established a religion that would last 2,000 years with a core of belief that he was actually God?

However, the New Testament describes that when Christ Jesus was arrested, nobody among His followers followed Him.  They all forsook Him.  They were so much afraid of Roman soldiers and priests of the Temple of Jerusalem.  They did not even physically fight to protect Christ Jesus like Muslims did centuries later to protect the founder of Islam.

But those followers of Christ Jesus had been with Him for one year or more traveling from around Galilee to Jerusalem.  They had been taught many, many things by Christ Jesus, including courage to fight against Satan and evil spirits.  But they all deserted Christ Jesus.   None accompanied Christ Jesus to be arrested together.

This is what the New Testament told.  This is very absurd.  Such a religion must have been neglected soon and forgotten any time soon.  But, on the contrary, based on the Bible reporting these absurd events, Christianity has prevailed so much.

It is truly mysterious that 2,000 years ago a man, who was sent by God according to himself, was executed by Roman soldiers in Jerusalem but resurrected three days later, and he established a religion that lasted for 2,000 years.  But why?

Joh 4:28 The woman then left her waterpot, and went her way into the city, and saith to the men,
Joh 4:29 Come, see a man, which told me all things that ever I did: is not this the Christ?

Posted by EEreporter at 4/28/2017 11:45:00 AM Links to this post
Email ThisBlogThis!Share to TwitterShare to FacebookShare to Pinterest

"God is a Spirit" - Original Aramaic Document and Synoptic Gospels 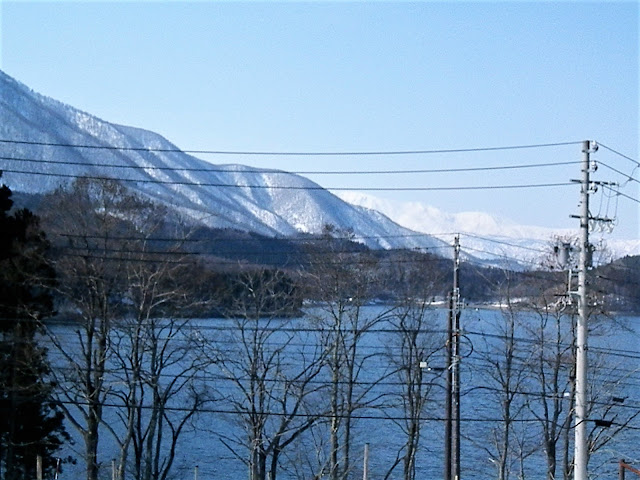 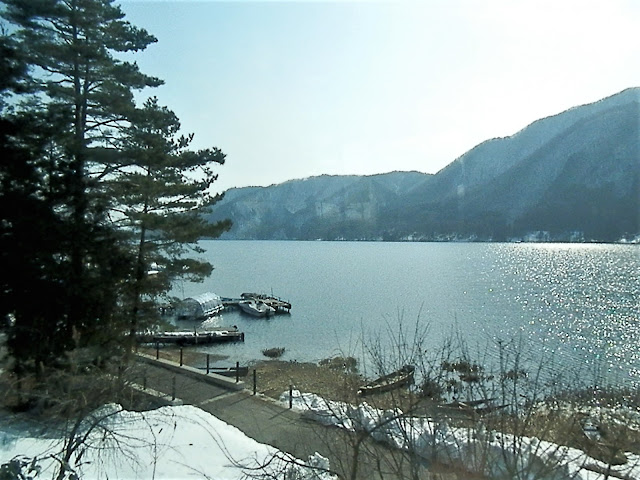 A Mountainous Area Northwest of Tokyo

It is said that Gospels according to Luke and Matthew were written based on the Gospel according to Mark.  But all these three Gospels were included in the New Testament as synoptic Gospels.

But what does it mean: "based on the Gospel according to Mark?"

I think rather it is more plausible that all these three Gospels were written by translation of one original document written in Aramaic, the language widely used in Palestine in the era of the mission by Christ Jesus.  Therefore, the differences among these three Gospels are ascribed to difference in interpretation.

For example, the scene that the tomb of Christ Jesus was found to have been opened and some angels were met with by some women is described as follows in each synoptic Gospel:


Mark 16:1-8They were saying to one another, “Who will roll away the stone for us from the entrance of the tomb?” Looking up, they saw that the stone had been rolled away, although it was extremely large. Entering the tomb, they saw a young man sitting at the right, wearing a white robe; and they were amazed. And he said to them, “Do not be amazed; you are looking for Jesus the Nazarene, who has been crucified...

Luke 24:1-10
And they found the stone rolled away from the tomb, but when they entered, they did not find the body of the Lord Jesus. While they were perplexed about this, behold, two men suddenly stood near them in dazzling clothing; and as the women were terrified and bowed their faces to the ground, the men said to them, “Why do you seek the living One among the dead? He is not here, but He has risen...

Matthew 28:1-8And behold, a severe earthquake had occurred, for an angel of the Lord descended from heaven and came and rolled away the stone and sat upon it. And his appearance was like lightning, and his clothing as white as snow. The guards shook for fear of him and became like dead men. The angel said to the women...

The original document must include ambiguous expressions about the situation when the women got to the tomb and saw mysterious angles and what the angels said to them.  So, each Gospel writer used his imagination to set up his unique version.

Accordingly, the early-Christian church authority could not decide what was more authentic among the three, since the original Aramaic document must have been lost after these Gospels were written.

As long as all the synoptic Gospels were based on interpretation of the same original document and they were written by those who were close to Paul and Peter, the later early-Christian authority could not choose one of them but had to accept them all together.

The fact that there were only three synoptic Gospels must mean that only limited people had been allowed to read the original Aramaic document.  It must have been a big secret for Paul or Peter.

But the bigger mystery remains about who had written the original Aramaic document.

Joh 4:24 God is a Spirit: and they that worship him must worship him in spirit and in truth.
Posted by EEreporter at 4/24/2017 11:29:00 PM Links to this post
Email ThisBlogThis!Share to TwitterShare to FacebookShare to Pinterest 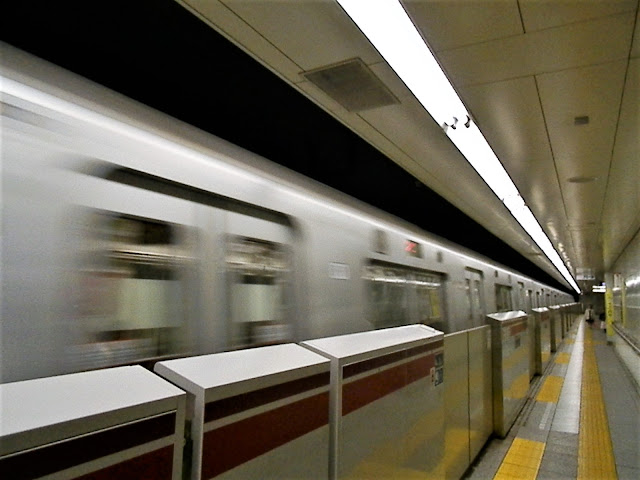 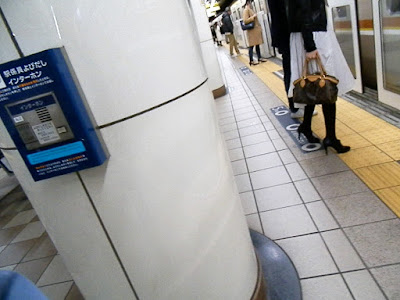 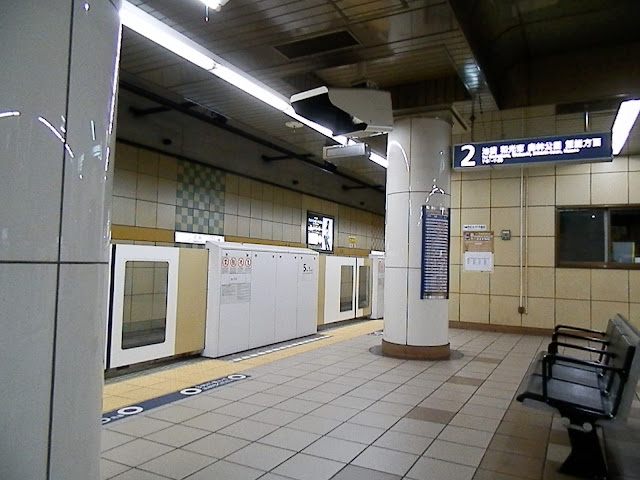 In 500 years since A.D. 1, the key player was the Roman Empire where Christianity became its state region.  In the last 500 years up to today, who or what was the key player?

Almost 500 years ago, Columbus reached America; the Vatican started to build St. Peter's Basilica;  Protestant Christianity started to prevail; and the Empire of the East (the Byzantine Empire) was destroyed by the Ottoman Empire.   Therefore, these 500 years have been characterized by the rise of America, the competence between Protestant Church and the Vatican, and the influence of Islam, although the general direction and the general trend can be described as globalization.

First Christianity took 500 years to have fully prevailed in the Roman Empire that covered a half of Europe.  Then it took 1,000 years, called the Middle Ages, to have fully influenced the whole Europe.  And finally it has taken 500 years toward globalization.

So, what will happen in the next 500 years or 1,000 years?  Maybe another Middle Ages?  But it seems that what is only needed is the Second Coming of Christ.

Then we may understand that this 2000-year history is for preparation of the Second Coming of Christ and the beginning of the Kingdom of God.

On the other hand, Christianity started with expectation of imminent coming of the end of the world or the judgment day 2000 years ago.  So, this 2000-year history might be for preparation of the prolonged end of the world even if there is Second Coming of Christ Jesus.

Anyway, only human beings on this planet have memory of 2000 years and more.   We have to think about the history to better understand why we are living in this world or in these specific circumstances.  And it can be sincerely done only if we try to find any intention or will of God in our history.

However, it is a little surprise to know that the time span when Christianity started to prevail; it became the state religion of the Roman Empire; and the Western Roman Empire collapsed is equal to the time span when Columbus reached America; the Vatican started to build St. Peter's Basilica;  Protestant Christianity started to prevail; the Empire of the East (the Byzantine Empire) was destroyed by the Ottoman Empire; and other various incidents occurred, leading to today's world.


Luk 4:23 And he said unto them, Ye will surely say unto me this proverb, Physician, heal thyself: whatsoever we have heard done in Capernaum, do also here in thy country.
Luk 4:24 And he said, Verily I say unto you, No prophet is accepted in his own country.
Posted by EEreporter at 4/23/2017 08:53:00 PM Links to this post
Email ThisBlogThis!Share to TwitterShare to FacebookShare to Pinterest
Newer Posts Older Posts Home