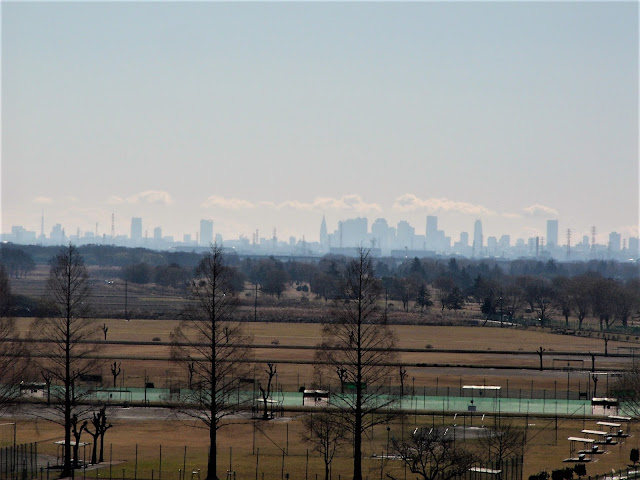 A Newer Testament (resurrection and the Q source)

After the resurrection three days after the Crucifixion, Jesus came back to life.

At the same time, His followers in white from Qumran arrived at the tomb where the dead body of Jesus had been laid down.  They persuaded guards before the tomb to leave the place and rolled out the big stone having been set at the entrance to the tomb cave.  With the sun rays coming into the cave, Jesus got up from the floor and came outside with help from the followers.

Subsequently, women and disciples of Jesus arrived at the tomb, and some of them met and exchanged words with one of the followers of Jesus from Qumran as depicted in the Gospels.

However, when Jesus resurrected, the holy spirit having been given by the God on the River Jordan separated from the mind of Jesus.  This spirit continued to appear before His disciples for a while.  But, resurrected Jesus went back to Qumran with his followers from the religious center of a certain sect of Judaism.

Jesus must have continued to live in Qumran till the the First Jewish–Roman War (66–73 CE) when all the residents of Qumran left the site as Roam troops advanced there.

But what did Jesus do while living in or after leaving Qumran?

He must have written His memoir that later became the Q source and an underlying source of the Gospel of Mark:


The Q source (also Q document, Q Gospel, Q Sayings Gospel, or Q from German: Quelle, meaning "source") is a hypothetical written collection of Jesus' sayings (logia). Q is (part of) the common material found in the Gospels of Matthew and Luke but not in the Gospel of Mark. According to this hypothesis, this material was drawn from the early Church's Oral Tradition.

Indeed, there are some descriptions about certain incidents in the Gospels that no other than Jesus could know and Jesus would not say to any others.

So, a theory based on this version of the Gospel is that parts of the Gospels were really written by Jesus Himself, though the holy spirit having been given to Him on the River Jordan by God had already left Him.

Posted by EEreporter at 1/20/2017 09:54:00 PM
Email ThisBlogThis!Share to TwitterShare to FacebookShare to Pinterest 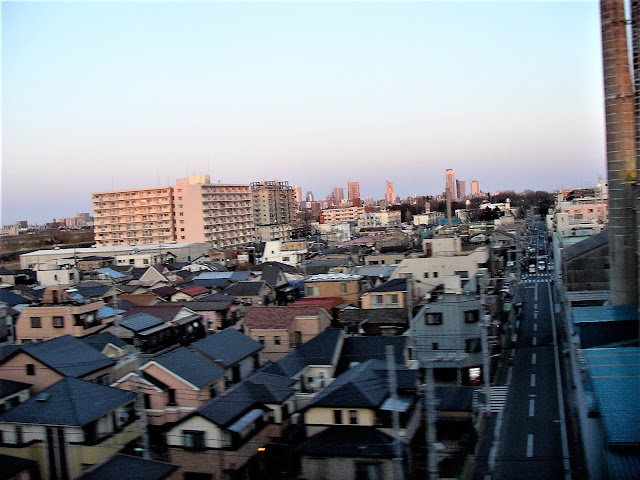 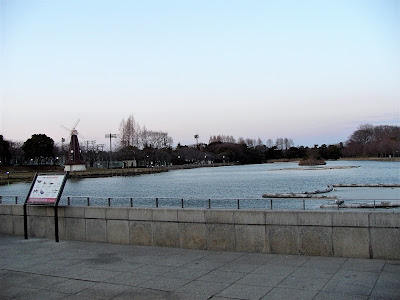 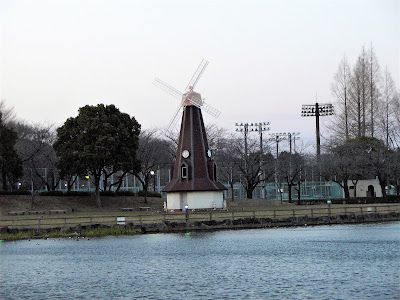 In Nazareth, one day Joseph, the father of Jesus, found that some villagers were collecting tax for the Roman authority but they did not fully handed the collected money to Roman officers and used the rest of the money for themselves.

So, Joseph accused those villagers of their deceiving act.  However, Joseph was overwhelmed by them to be threatened to kill.  So, Joseph decided to leave Nazareth for Egypt like he had once left Palestine with his wife Mary and son Jesus.  And, at the time, Jesus who had followed Joseph in accusing bad villagers also left Nazareth with His father Joseph.  But Jesus did not flee to Egypt with Joseph, but He decided to go and live in Qumran.  At the time, Jesus was about 13 years old.

As time went by, when Jesus became 30 years old or so, He started His holy mission.

So, that is why some evil priests knowing this past episode involving Joseph and his accusation of some villagers of Nazareth for their deceit with tax money asked Christ Jesus whether tax should be paid or not.

Thais also why when Christ Jesus visited his home village Nazareth for preaching there, some villagers who still held a grudge on Joseph and Jesus mobilized other villagers to push Christ Jesus out of a cliff to kill him in revenge.

But what became of Joseph who had left for Egypt? It is unknown, but most probably he went to Alexandria with a large population of Judaists at the time. Joseph, a carpenter, might have helped Hero of Alexandria who was a great engineer at the time.


Hero of Alexandria (Greek: Ἥρων ὁ Ἀλεξανδρεύς, Heron ho Alexandreus; also known as Heron of Alexandria c. 10 AD – c. 70 AD) was a Greek mathematician and engineer who was active in his native city of Alexandria, Roman Egypt. He is considered the greatest experimenter of antiquity[1] and his work is representative of the Hellenistic scientific tradition.[2]

Hero published a well recognized description of a steam-powered device called an aeolipile (sometimes called a "Hero engine"). Among his most famous inventions was a windwheel, constituting the earliest instance of wind harnessing on land.[3][4] He is said to have been a follower of the atomists. Some of his ideas were derived from the works of Ctesibius.

Much of Hero's original writings and designs have been lost, but some of his works were preserved in Arabic manuscripts.
https://en.wikipedia.org/wiki/Hero_of_Alexandria

Indeed, everything is possible for God, so that He must never leave Joseph unhonored.


Mat 1:18 Now the birth of Jesus Christ was on this wise: When as his mother Mary was espoused to Joseph, before they came together, she was found with child of the Holy Ghost.
Mat 1:19 Then Joseph her husband, being a just man, and not willing to make her a publick example, was minded to put her away privily.
Mat 1:20 But while he thought on these things, behold, the angel of the LORD appeared unto him in a dream, saying, Joseph, thou son of David, fear not to take unto thee Mary thy wife: for that which is conceived in her is of the Holy Ghost.
Posted by EEreporter at 1/18/2017 11:51:00 PM
Email ThisBlogThis!Share to TwitterShare to FacebookShare to Pinterest 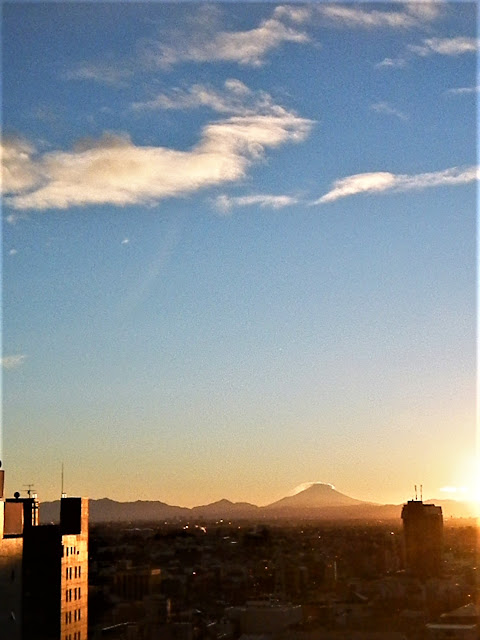 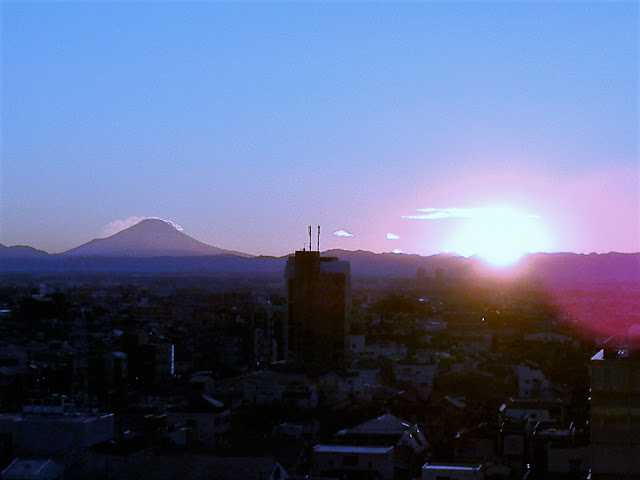 Followers of Christ Jesus from Qumran

Jesus had lived, learnt, and taught in Qumran probably between 13 to 30 years old before he appeared on the River Jordan as I mentioned before (on January 14, 2017; http://eereporter.blogspot.jp/2017/01/many-shall-rejoice-at-his-birth.html).

So, when He was mediating in one of caves in Qumran, an angel must have visited Him like in the case of Muhammad, the founder of Islam, six centuries later.

And then, Jesus left Qumran to see John the Baptist.  Jesus must have had intention to help and assist John, although Jesus could have continued His peaceful life in Qumran.

While some people were living according to principles of their own religion and practicing their own religious codes in Qumran, John the Baptist was preaching among people to save them from evil of Herod and risk his life.  And, the fact that Jesus was baptized by John means that Jesus decided to work with John for people suffering evil of Herod and priests of the temple in Jerusalem.  Accordingly, God was rejoiced by Jesus.  So,  a voice from heaven then said, "You are my Son, the Beloved; with you I am well pleased." (Mark 1:1-8).

John the Baptist must have some relationship with Essenes who must have shared a majority of Qumran residents.  That is why Jesus heard of him and went out to see him.

The point at issue is that Jesus as a man decided to leave caves of Qumran and go out to the public in order to save people, which rejoiced God.  Till this decision, Jesus must have been a mere man devoted in study and practice of a school of Judaism in Qumran (which must be the Essenes).  But at the moment on the River Jordan, Jesus became the Son of God, since God sent the spirit to Jesus.

On the mountain, the followers appeared wearing white clothes as they did in Qumran and Christ Jesus also wore white clothes.  They must have discussed what would happen when Christ Jesus entered Jerusalem and how Judas would betray Him.  And, most importantly, they arranged with one another about how Christ Jesus should resurrect three days after the coming crucifixion.

The point at issue is that there were secret followers from Qumran always around Christ Jesus since He started preaching after John the Baptist.  And, they must have secretly recorded what Christ Jesus said and did, since Christ Jesus called and invited only poor and illiterate men for his Disciples.  The Gospels must be originally based on the records made by followers of Christ Jesus from Qumran, since they could well read and write.


Mar 1:16 Now as he walked by the sea of Galilee, he saw Simon and Andrew his brother casting a net into the sea: for they were fishers.
Mar 1:17 And Jesus said unto them, Come ye after me, and I will make you to become fishers of men.
Mar 1:18 And straightway they forsook their nets, and followed him.
Posted by EEreporter at 1/16/2017 07:12:00 PM
Email ThisBlogThis!Share to TwitterShare to FacebookShare to Pinterest

"This was he of whom I spake" - Mystery about Joseph 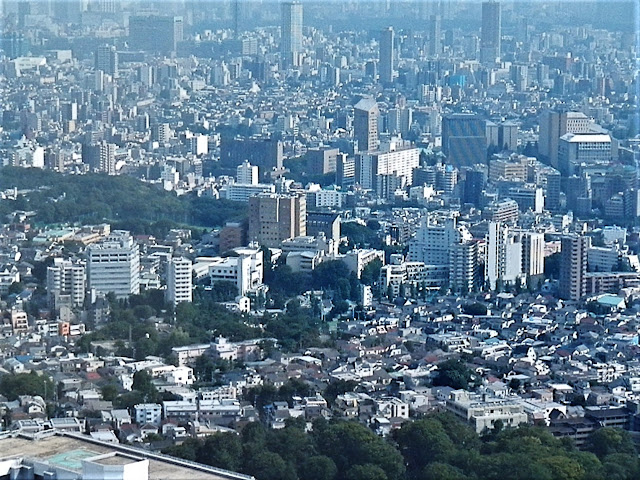 There is one big mystery about Christ Jesus.  Who and what was His worldly father?


While none of the Gospels mentions Joseph as present at any event during Jesus's adult ministry, the synoptic Gospels share a scene in which the people of Nazareth, Jesus's hometown, doubt Jesus's status as a prophet because they know his family. In Mark 6:3, they call Jesus "Mary's son" instead of naming his father. In Matthew, the townspeople call Jesus "the carpenter's son," again without naming his father. (Matthew 13:53-55) In Luke 3:23 "And Jesus himself began to be about thirty years of age, being (as was supposed) the son of Joseph, which was [the son] of Heli."(Luke 4:16-30) In Luke the tone is positive, whereas in Mark and Matthew it is disparaging.[14] This incident does not appear at all in John, but in a parallel story the disbelieving neighbors refer to "Jesus the son of Joseph, whose father and mother we know" (John 6:41-51).
https://en.wikipedia.org/wiki/Saint_Joseph

But the Gospel writers avoided mentioning Joseph clearly or in details.  But they did not write that Joseph had been dead when Christ Jesus launched His mission.  Joseph must have left his family for some reason.  And, probably he was not in Nazareth, Judah or Palestine during Jesus' mission.  Even Jesus' enemies, priests of the Temple in Jerusalem and the Roman authority in Jerusalem, did not try to find Joseph or make an issue of Joseph.  They must have also known that Joseph had gone out of Palestine and had nothing to do with Jesus.

Anyway, it is a wonder that so many people have read the Gospels and the Bible in these 2000 years, but nobody could make clear who and what Joseph was.  Or has truth been revealed already?


The Catholic Encyclopedia citing the texts contained in the apocryphal writings writes that:
When forty years of age, Joseph married a woman called Melcha or Escha by some, Salome by others; they lived forty-nine years together and had six children, two daughters and four sons, the youngest of whom was James (the Less, "the Lord's brother"). A year after his wife's death, as the priests announced through Judea that they wished to find in the tribe of Judah a respectable man to espouse Mary, then twelve to fourteen years of age. Joseph, who was at the time ninety years old, went up to Jerusalem among the candidates; a miracle manifested the choice God had made of Joseph, and two years later the Annunciation took place.


Joh 1:15 John bare witness of him, and cried, saying, This was he of whom I spake, He that cometh after me is preferred before me: for he was before me.
Posted by EEreporter at 1/15/2017 11:40:00 PM
Email ThisBlogThis!Share to TwitterShare to FacebookShare to Pinterest
Newer Posts Older Posts Home