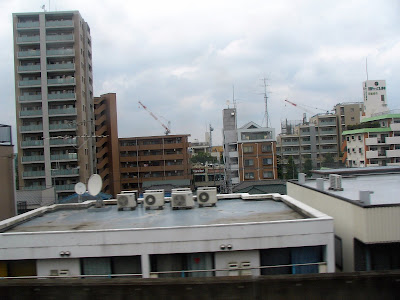 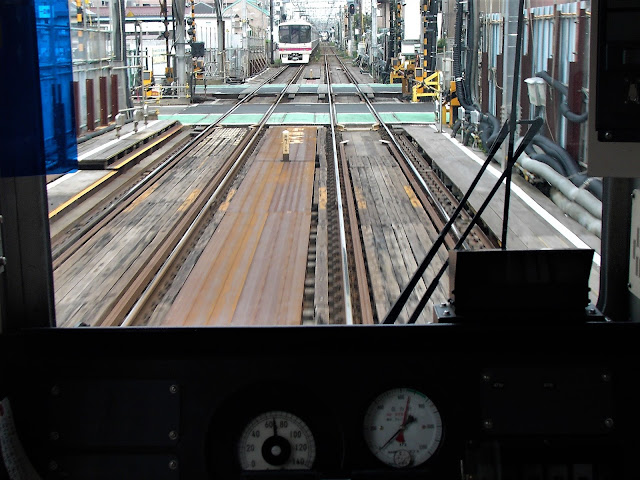 Qumran and Jesus in the Dead Sea Documents

There are some arguments about the relationship between Christ Jesus and the sect living and practicing their religious belief in Qumran.  But in most cases, the conclusion is that Christ Jesus was not from Qumran.  However, the basis of their argument is not so persuading.  One example is as follows:


Jesus’ movement shows some similarities to the Qumran sect/Essenes, such as the holding of communal meals and the pooling of possessions. Furthermore, both were apocalyptic Jewish movements that anticipated the imminent arrival of the end of days and a messianic era. However, differences between these two groups indicate that Jesus could not have been an Essene. For example, members of the Qumran sect/Essenes anticipated the arrival of not one but two Messiahs: a royal Messiah of Israel descended from David and a priestly Messiah descended from Aaron. Perhaps the most striking differences concern the observance of biblical purity laws and the admission of new members. Whereas the Qumran sect/Essenes strictly observed priestly purity laws, Jesus reportedly came into contact with the most impure members of Jewish society, including hemorrhaging women, lepers, and even corpses; and whereas the Qumran sect/Essenes were exclusive, with only unblemished adult males eligible to apply for full membership (the same qualifications necessary to serve as a priest in the temple), Jesus’s movement was inclusive and welcomed everyone.

Even if Christ Jesus had been a pure believer of the Qumran sect, He should not have started His holy mission while being guided by a holy spirit.  Qumran must have been a place for young Jesus to learn and study traditions of Judaism.  It does not necessarily mean that Jesus turned to be a 100% follower of the sect.

Jesus must have grown up to find a need to see John the Baptists who was working among people and on the River Jordan.  It meas that Jesus advanced in His fath toward a more universal standpoint.  Jesus must have been wise enough to establish His own theory on religion before He came to the River Jordan where He received a holy spirit sent by God.

It is no wonder that no direct linkage between Christ Jesus and the Qumran sect was found in the Dead Sea documents found in Qumran caves.  Christ Jesus started His mission as the Son of God but not as a teacher of Qumran.

So, anyway where did young Jesus learn and study traditions of Judaism?  In the local village Nazareth or the temple of Jerusalem?  God indicated that the place was Qumran by revealing existence of the Dead Sea scrolls and allowing discovery of them 2000 years after Qumran was destroyed by Roam troops.  This miracle of the Qumran discovery means that we have to at lease focus on Qumran as 2000 years have passed since Christianity emerged.   There must be a holy meaning in Qumran.

Luk 1:26 And in the sixth month the angel Gabriel was sent from God unto a city of Galilee, named Nazareth,
Luk 1:27 To a virgin espoused to a man whose name was Joseph, of the house of David; and the virgin's name was Mary.
Luk 1:28 And the angel came in unto her, and said, Hail, thou that art highly favoured, the Lord is with thee: blessed art thou among women.

Posted by EEreporter at 1/28/2017 12:21:00 AM Links to this post
Email ThisBlogThis!Share to TwitterShare to FacebookShare to Pinterest

"when the unclean spirit had torn him" - St. Paul and "Arabia" or Qumran 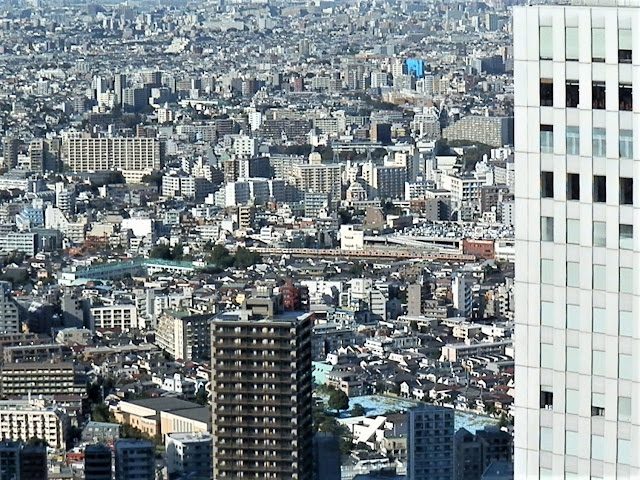 
St. Paul and "Arabia" or Qumran

How could St. Paul suddenly become a follower of Christ though the Spirit of Jesus appeared to St. Paul on the road to Damascus?

After his conversion, Paul went to Damascus, where Acts 9 states he was healed of his blindness and baptized by Ananias of Damascus.[44] Paul says that it was in Damascus that he barely escaped death.[2 Cor. 11:32] Paul also says that he then went first to Arabia, and then came back to Damascus.[Gal. 1:17][45] Paul's trip to Arabia is not mentioned anywhere else in the Bible, and some suppose he actually traveled to Mount Sinai for meditations in the desert.[46][47] He describes in Galatians how three years after his conversion he went to Jerusalem. There he met James and stayed with Simon Peter for 15 days.[Gal. 1:13-24] Paul located Mount Sinai in Arabia in Galatians 4:24-25.

Paul asserted that he received the Gospel not from man, but directly by "the revelation of Jesus Christ".[Gal 1:11-16]
https://en.wikipedia.org/wiki/Paul_the_Apostle#Post-conversion

After the miracle on the road to Damascus, St. Paul went to "Arabia" or "Mt. Sinai."  He spent there three years.  And then, he came to Jerusalem for the first time to see St. James, a brother of Jesus, and St. Peter, the leader of the followers of Christ Jesus in Jerusalem.

Jesus must have written a document today called the Q source, the original source of the Gospels according to Mark, Matthew, Luke and John.  St. Paul must have met Jesus or read the document written by Jesus in Qumran, no matter what manner.  That is why St. Paul wrote later that he "received the Gospel not from man, but directly by 'the revelation of Jesus Christ'."

The key to understanding the extremely strong confidence that St. Paul thought that he knew Christ Jesus so much that he could start his own mission with such great passion must be his experiences in Qumran which he called "Arabia" for some reason.


Qumran (Hebrew: קומראן‎‎; Arabic: خربة قمران‎‎ Khirbet Qumran) is an archaeological site in the West Bank managed by Israel's Qumran National Park.[1] It is located on a dry plateau about 1.5 km (1 mi) from the northwestern shore of the Dead Sea, near the Israeli settlement and kibbutz of Kalya. The Hellenistic period settlement was constructed during the reign of John Hyrcanus, 134-104 BCE or somewhat later, and was occupied most of the time until it was destroyed by the Romans in 68 CE or shortly after. It is best known as the settlement nearest to the Qumran Caves where the Dead Sea Scrolls were hidden, caves in the sheer desert cliffs and beneath, in the marl terrace.

http://www.lifeintheholyland.com/views_vanished_david_bivin_1960s.htm
Qumran and the Dead Sea


Mar 1:25 And Jesus rebuked him, saying, Hold thy peace, and come out of him.
Mar 1:26 And when the unclean spirit had torn him, and cried with a loud voice, he came out of him.

Posted by EEreporter at 1/26/2017 11:54:00 AM Links to this post
Email ThisBlogThis!Share to TwitterShare to FacebookShare to Pinterest

"Joseph called Barsabas, who was surnamed Justus, and Matthias" - Secret of the Gospels 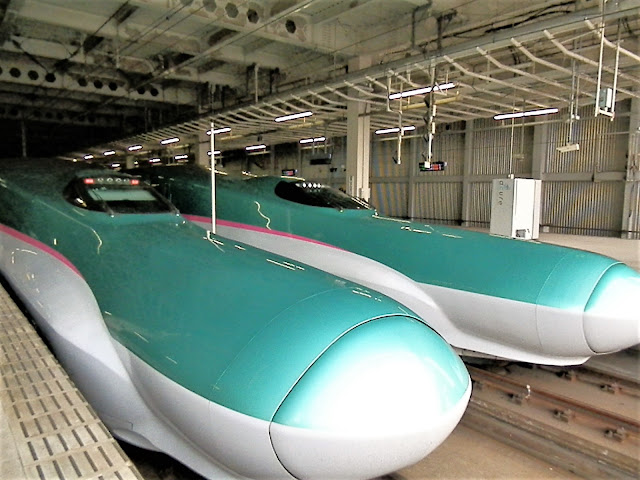 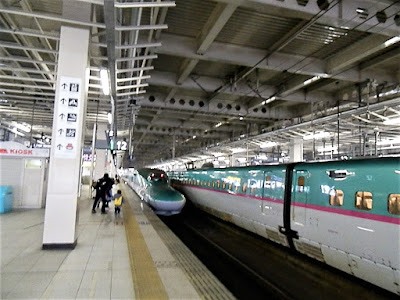 Secret of the Gospels

It means the basic sources of the Gospels according to Matthew, Mark, Luke and John must be the same.

Those Gospels must have been originally written by a very authentic person, and Matthew, Mark, Luke and John must have just re-written or edited it.  Mathew, etc. were probably afraid that they were wrongly identified as original authors.  And they were also afraid to reveal the name of the original author.

Taking into account various conditions, the original author seems to have been Jesus who seems to have left Jerusalem for Qumran after the resurrection when the holy spirit having been given to Him by God on the River Jordan left Him.

Jesus who returned to a natural man must have written a memoir of His mission in Qumran.  But He had to write about Himself in the past mission  in the third person, since Jesus as a natural man was different from Christ Jesus who had been engaged in the holy mission with the holy spirit.

Therefore, the four Gospels based on this original memoir by Jesus are very authentic, so that Matthew, Mark, Luke and John could not claim their authorship.  It also means that they must have known or believed that the original source had been written by Jesus Himself.

This must be one of secrets of Christianity.

Act 1:23 And they appointed two, Joseph called Barsabas, who was surnamed Justus, and Matthias.
Act 1:24 And they prayed, and said, Thou, Lord, which knowest the hearts of all men, shew whether of these two thou hast chosen,
Act 1:25 That he may take part of this ministry and apostleship, from which Judas by transgression fell, that he might go to his own place
Posted by EEreporter at 1/23/2017 11:48:00 PM Links to this post
Email ThisBlogThis!Share to TwitterShare to FacebookShare to Pinterest
Newer Posts Older Posts Home