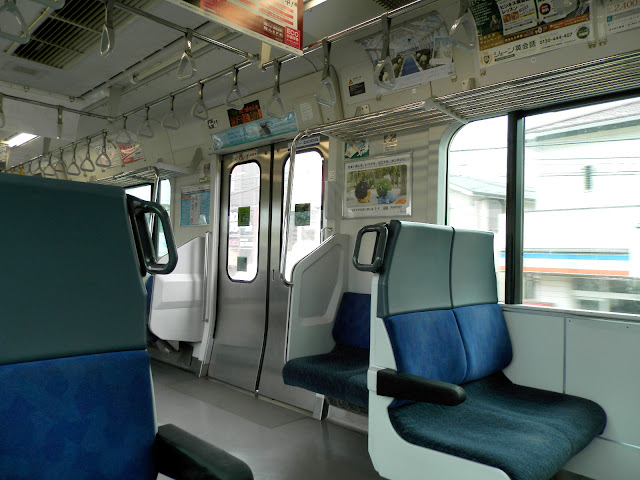 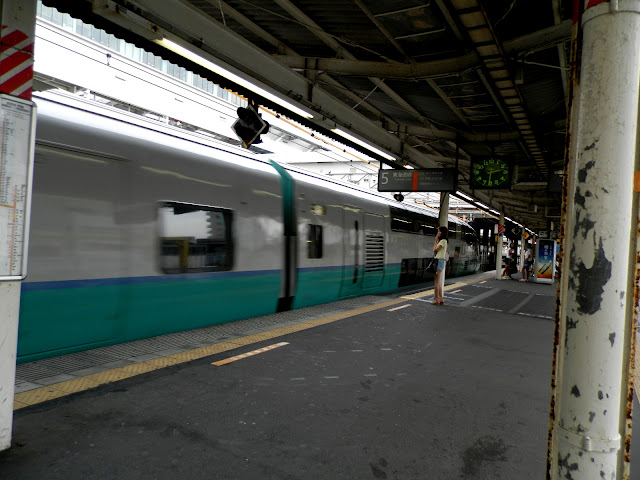 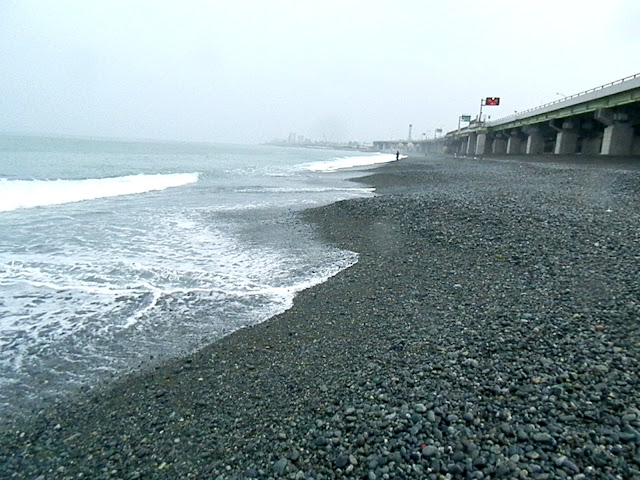 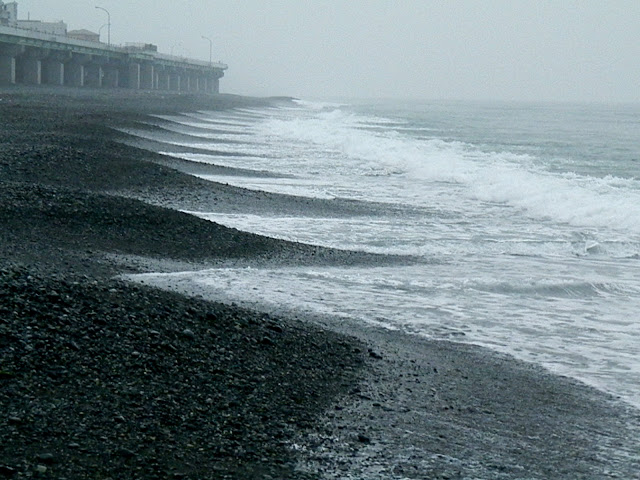 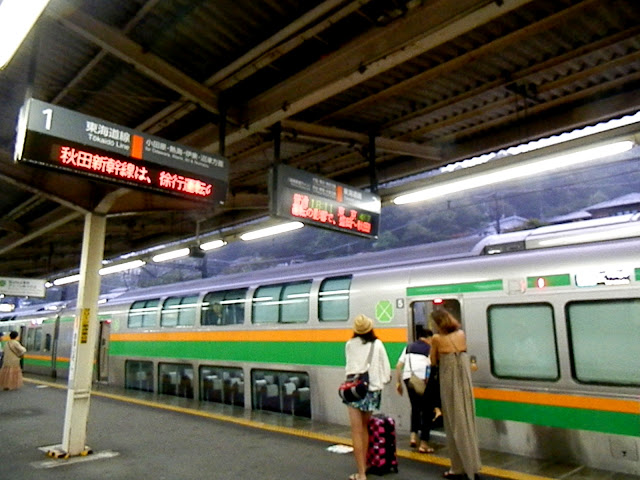 
God is the Source of Existence

If you don't think that it is strange that you exist in this world, you cannot be fully thankful to God.

Our brain cells must be an interface between the material world and the spiritual world.

So, all I can say is that what is worth being called to exist in each of us is the spirit since God is Spirit.

And, what exists owes its existence to God.   Because God is the source of existence of anything even in the spiritual world.

Mar 8:2 I have compassion on the multitude, because they have now been with me three days, and have nothing to eat:
Mar 8:3 And if I send them away fasting to their own houses, they will faint by the way: for divers of them came from far.
Mar 8:4 And his disciples answered him, From whence can a man satisfy these men with bread here in the wilderness?

Posted by EEreporter at 8/03/2019 12:17:00 AM Links to this post
Email ThisBlogThis!Share to TwitterShare to FacebookShare to Pinterest

"Whereunto then shall I liken the men of this generation?" - The Subject is God 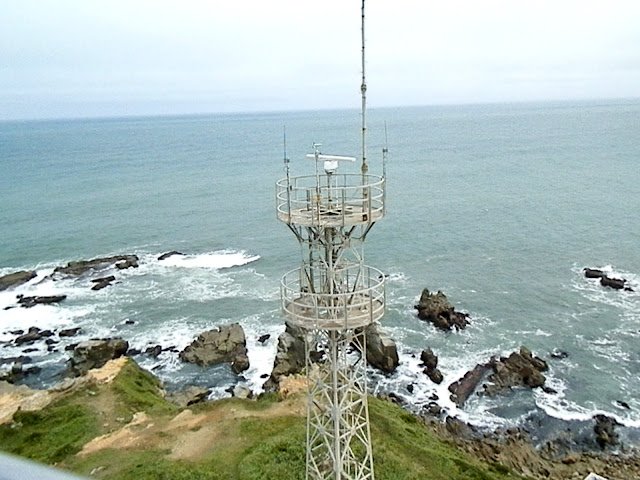 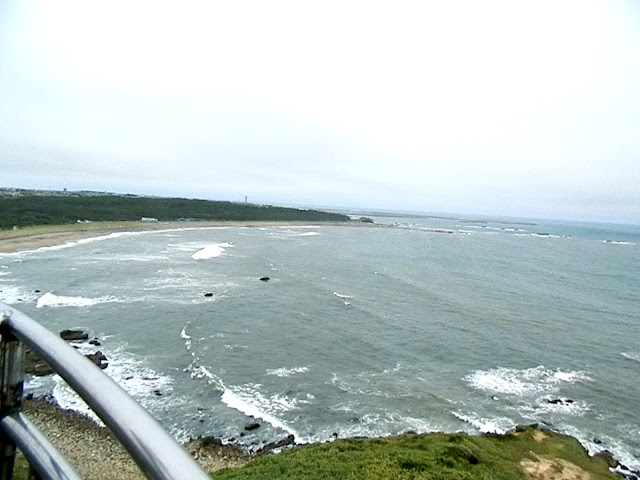 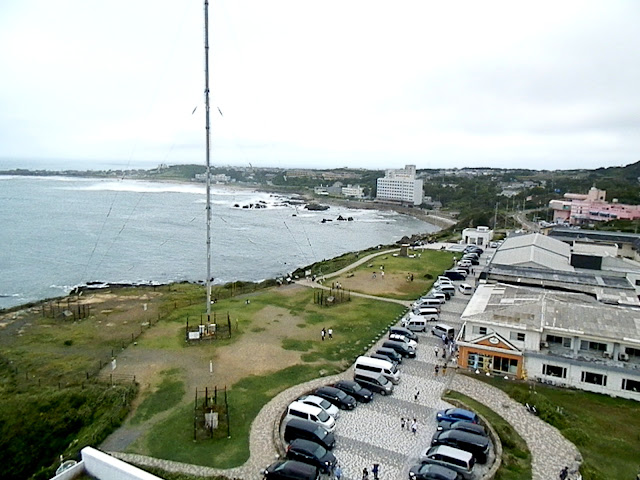 The Pacific Coast around Tokyo


The Subject is God

Early Christianity thought that none could see God while followers and Disciples of Christ Jesus actually saw Him.


Early Christians believed that the words of the Gospel of John 1:18: "No man has seen God at any time"...(https://en.wikipedia.org/wiki/God#Christianity)

However, Muslims look more modern or primitive in their attitudes to God.


Muslims believe that God (Allah) is beyond all comprehension and equal, and does not resemble any of his creations in any way. Thus, Muslims are not iconodules, are not expected to visualize God, and instead of having pictures of Allah in their mosques, typically have religious calligraphy written on the wall. (https://en.wikipedia.org/wiki/God#Christianity).

We must not misunderstand and think that we, human beings, are the masters and central players in this world and in our lives while God is a supporting player.

We have to correctly and piously believe that God is the master and central player while we, human beings, are subordinates to God even in life of each of us.

So, we have to admit, standig in awe, that what is important is happiness of God but not of ours in this world.

So, it is useless for us to seek our happiness in this world, since it does not conform to ultimate truth God set.

The subject is God but not men.

Luk 7:30 But the Pharisees and lawyers rejected the counsel of God against themselves, being not baptized of him.
Luk 7:31 And the Lord said, Whereunto then shall I liken the men of this generation? and to what are they like?
Luk 7:32 They are like unto children sitting in the marketplace, and calling one to another, and saying, We have piped unto you, and ye have not danced; we have mourned to you, and ye have not wept.
Posted by EEreporter at 8/01/2019 12:31:00 AM Links to this post
Email ThisBlogThis!Share to TwitterShare to FacebookShare to Pinterest

"being baptized with the baptism of John" - Abraham, the Buddha, Confucius, Socrates, and Christ Jesus 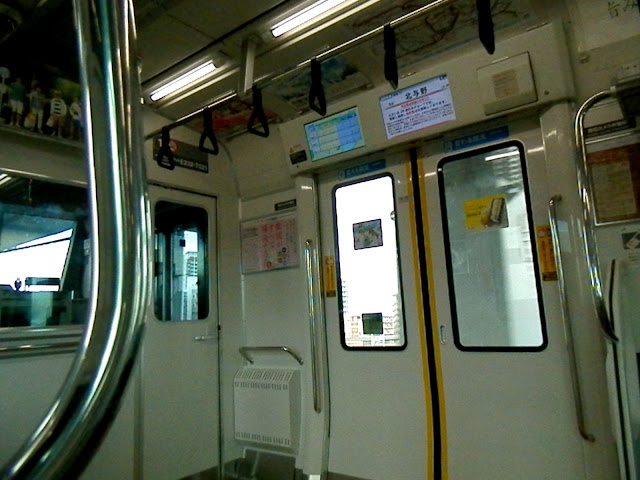 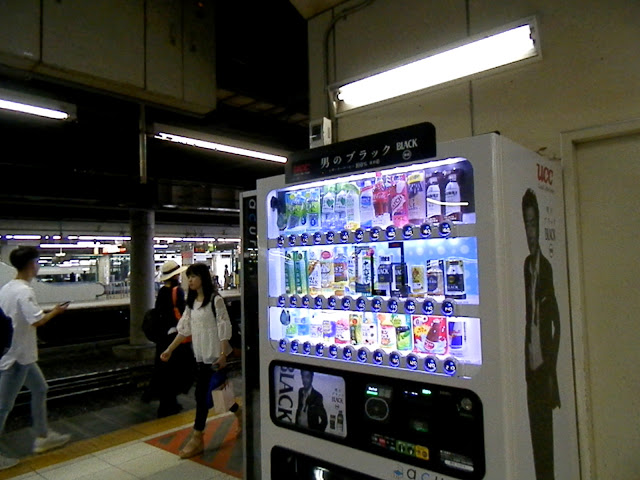 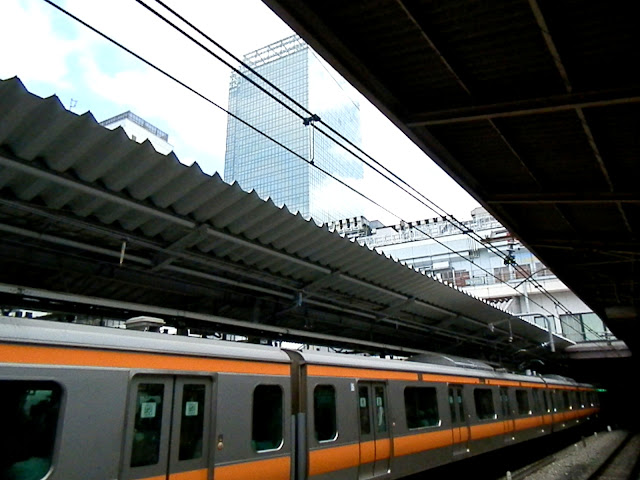 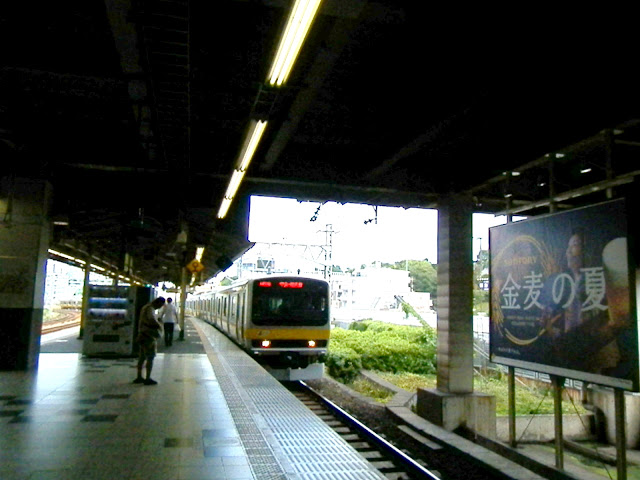 However around the 6th century BC, Hebrews were released from the Babylonian captivity and returned to Jerusalem; subsequently the creed of Judaism was fixed and the Second Temple was built in Jerusalem.

This era between the 6th century BC and the 5th century BC is critical for the mankind.  The spiritual conditions of the mankind that have extended to the 21st century were set in this era of about 2500 years ago.  Eventually God sent His son to Hebrews, although 500 years later after 2500 years ago.  God did not sent His son to ancient India, ancient China, or ancient Greek but to Hebrews.

However, it had been promised to Abraham by God 1500 years before that era of 2500 years ago:
“Get out of your country, from your family and from your father’s house, to a land that I will show you” (Genesis 12:1). “I will make you a great nation; I will bless you and make your name great; and you shall be a blessing. I will bless those who bless you, and I will curse him who curses you; and in you all the families of the earth shall be blessed” (verses 2-3).

So, piousness of Abraham to God was appreciated more than work by the Buddha, Confucius, and Socrates.  Accordingly, God sent His son to the descendants of Abraham.  And along with deployment of Christianity, Judaism has been also continued and protected.

The Buddha represented self-enlightenment to conquer difficulty of human existence; Confucius represents ethical attitudes to show respect for ancestors; and Socrates represents honest attitudes of men before divinity.   Nonetheless, they could not change God's promise to Abraham.

Probably, Abraham did not think anything but God.  His life was simpler than the Buddha, Confucius, and Socrates.  Abraham must have nothing to worry about and think about except God.

It is not known whether Abraham saw the Great Pyramids in Giza, but His concentration to God did not change or was not averted.  This attitude became part of traditions of the Hebrew people, which must have rejoiced God.

In other words, the mankind is expected by God to concentrate on God rather than trying to achieve enlightenment, complete ethical attitudes, or establish socially or ideologically righteous way of living.

However, it seems that God never denies the Buddha, Confucius, and Socrates.  Indeed, there are many situations where their teachings are effective.  However, men have to confront the battle against Satan sooner or later.  And it seems that Abraham's concentration on God is the most effective for winning victory in this battle.

After great learning of the Buddha, Confucius, and Socrates, if men fail to win the battle against Satan, this learning is useless.  However, we may believe that God helps us in this battle only if we concentrate on God like Abraham.

Luk 7:28 For I say unto you, Among those that are born of women there is not a greater prophet than John the Baptist: but he that is least in the kingdom of God is greater than he.
Luk 7:29 And all the people that heard him, and the publicans, justified God, being baptized with the baptism of John.
Luk 7:30 But the Pharisees and lawyers rejected the counsel of God against themselves, being not baptized of him.
Posted by EEreporter at 7/29/2019 11:56:00 PM Links to this post
Email ThisBlogThis!Share to TwitterShare to FacebookShare to Pinterest 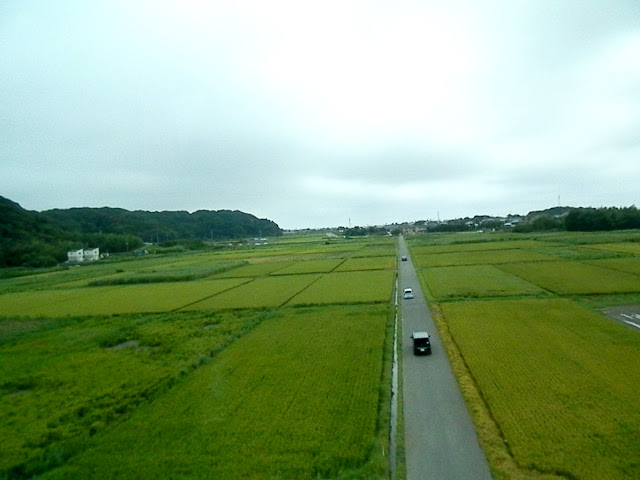 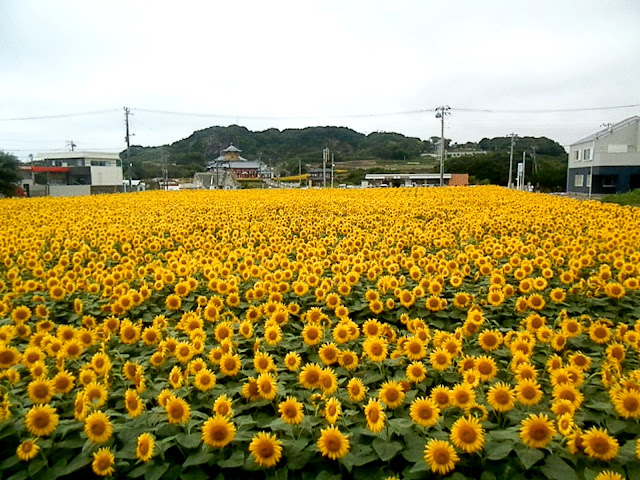 
All about God for the Mankind

One of the mysteries about God is why God created this universe and the mankind.

But it looks that God is lonely, if He is the only entity that exists in the absolute space.

For example, all the numbers or integers are expressed with the concept and the only one term of  the whole number, but it can be extended to 1, 2, 3, 4, etc. to the infinite number.  And it is business of the ruler of the integers to choose to keep the status of the only term of the whole number or extend it to 1, 2, 3, 4, etc. to the infinite number.

So, it is clear that God had chosen to extend His omnipotent presence to creating the spiritual world, Heaven, the hell, and the universe where the mankind live.

Anyway, the last thing the mankind should know is all about God.


Mar 7:27 But Jesus said unto her, Let the children first be filled: for it is not meet to take the children's bread, and to cast it unto the dogs.
Mar 7:28 And she answered and said unto him, Yes, Lord: yet the dogs under the table eat of the children's crumbs.
Mar 7:29 And he said unto her, For this saying go thy way; the devil is gone out of thy daughter.
Posted by EEreporter at 7/28/2019 02:52:00 PM Links to this post
Email ThisBlogThis!Share to TwitterShare to FacebookShare to Pinterest
Newer Posts Older Posts Home