"the light shineth in darkness" 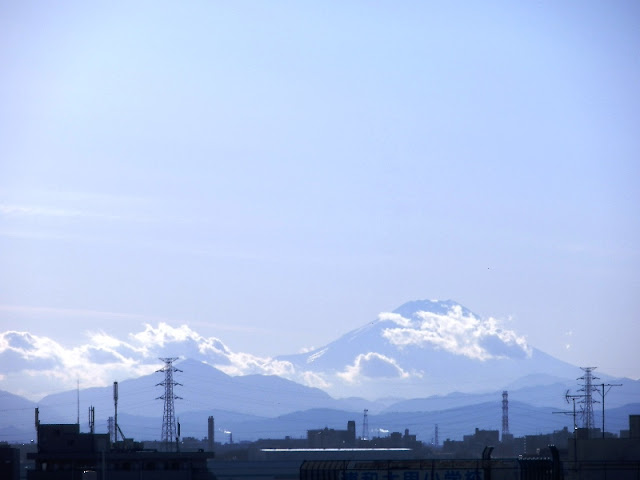 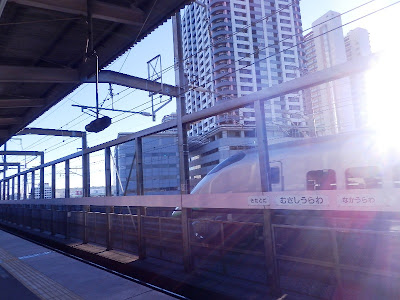 Joh 1:4 In him was life; and the life was the light of men.
Joh 1:5 And the light shineth in darkness; and the darkness comprehended it not.
Joh 1:6 There was a man sent from God, whose name was John.

Posted by EEreporter at 1/05/2013 01:19:00 PM Links to this post
Email ThisBlogThis!Share to TwitterShare to FacebookShare to Pinterest 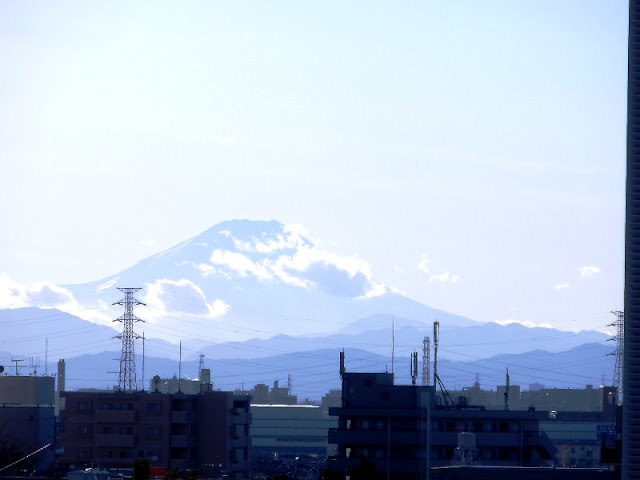 Mt. Fuji (snow covered though it doesn't look white due to the angle to the sun) 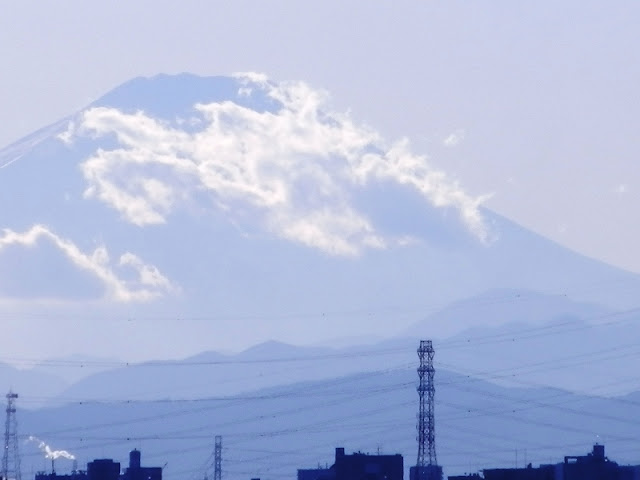 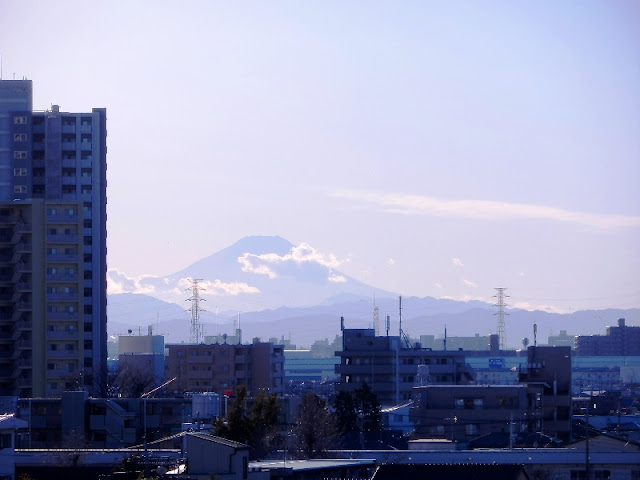 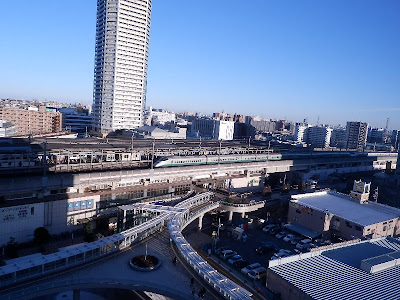 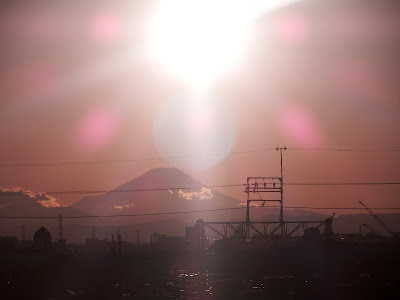 The most terrible incident now going on is of course the civil war in Syria.

Abraham traveled around Syria or specifically Damascus, according to an old record.  And human beings are still making terrible acts of strife among themselves without enough respect for and awe of God.

From North Africa to Palestine and Syria and further to Mesopotamia and the Iranian highlands toward Afghanistan and Pakistan, no great economies look like emerging.  It is as though the Allah or the God forbade Muslims living in the regions to adopt and develop modern science, technology, and business mostly devised in Europe and America, namely by Christians.

If Islam is the last region, which seems true to some degree, the state in the Islamic world must suggest the last and required state of human society in large.  There should not be prosperity backed by science, technology, and business mostly devised in Europe and America, namely by Christians.

Maybe, Muslims are right living in the society largely governed or strongly influenced by the religion Islam.  It is because we can interpret the situation of those Islamic regions as they have been protecting their spirits from violent invasion by the modern Western civilization rooted in traditions of Christianity.  Not to accept the modern material civilization means a kind of victory for Muslims against Christians and Judaists, though prosperity of Dubai can be regarded as betraying this great cause.

Put simply, more people enter Heaven and are welcomed by holy spirits after death in the Islamic world than in Europe, Indian, China, Japan, and America, since Muslims are more faithful to their religion (the last religion for mankind) than other peoples with various religions in those areas and countries featuring great economy.

May the Allah or the God more bless Syrians and other Muslims in 2013!

Mat 1:2 Abraham begat Isaac; and Isaac begat Jacob; and Jacob begat Judas and his brethren;
Mat 1:3 And Judas begat Phares and Zara of Thamar; and Phares begat Esrom; and Esrom begat Aram;
Mat 1:4 And Aram begat Aminadab; and Aminadab begat Naasson; and Naasson begat Salmon;
Posted by EEreporter at 1/04/2013 07:15:00 PM Links to this post
Email ThisBlogThis!Share to TwitterShare to FacebookShare to Pinterest 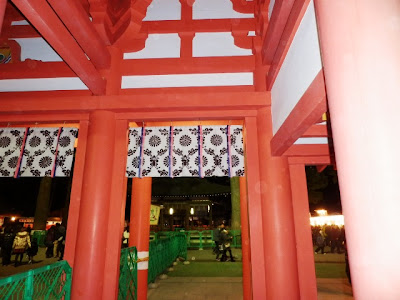 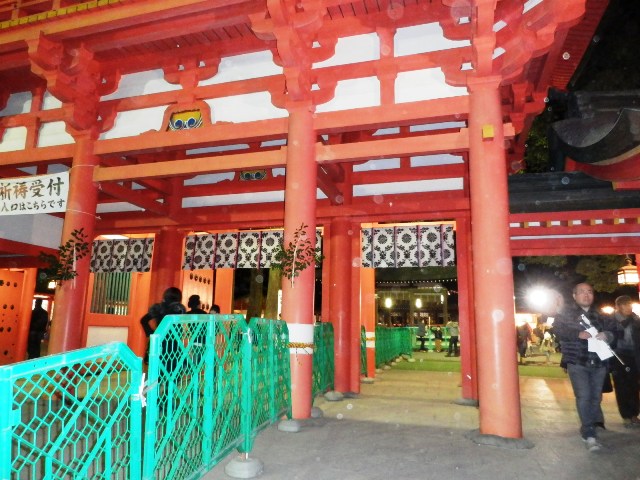 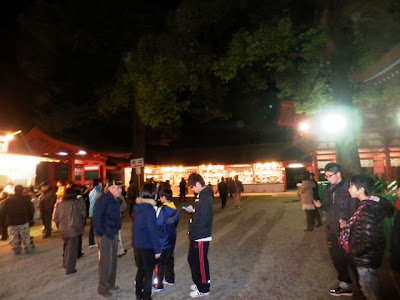 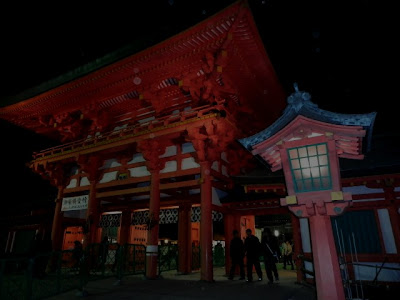 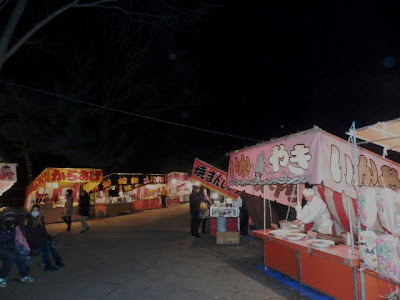 An American professor said in an interview by a commentator of the Japanese NHK TV station that though he did not know a reason it was apparent that China changed its diplomatic stance two and half years before.

Around 2010, China suddenly came to intimidate Asian countries situated around the South China Sea.  China also took a very unfriendly attitude at the time to Japan in the wake of a maritime incident that a Chinese fishing boat rammed itself against a Japanese Coast Guard ship engaged in patrol around the Japanese Senkaku Islands in the East China Sea.

From economic, diplomatic, national security, and other administrative and social points of view, it is difficult to understand why China suddenly did away with a low-key and cooperative policy toward neighboring countries in East Asia around 2010.

In other word, the Chinese Communist Party started to feel that their political foundations came to shake due to a big change in domestic circumstances triggered by big economic growth around 2010.

It must be a sign of a future drastic change in the Chinese politics.

Mar 1:1 The beginning of the gospel of Jesus Christ, the Son of God;
Mar 1:2 As it is written in the prophets, Behold, I send my messenger before thy face, which shall prepare thy way before thee.
Mar 1:3 The voice of one crying in the wilderness, Prepare ye the way of the Lord, make his paths straight.
Posted by EEreporter at 1/03/2013 05:56:00 PM Links to this post
Email ThisBlogThis!Share to TwitterShare to FacebookShare to Pinterest 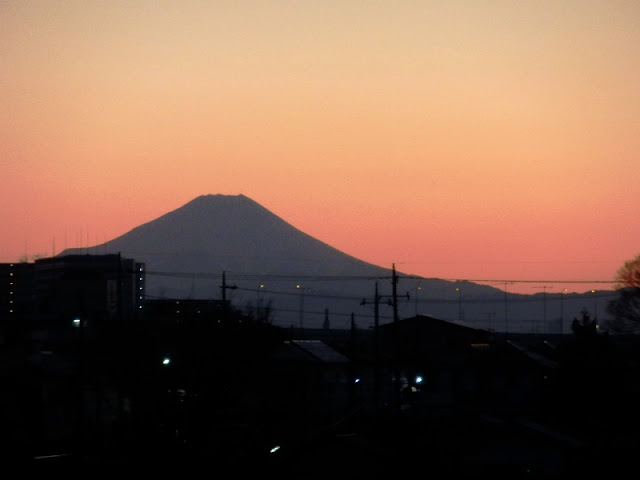 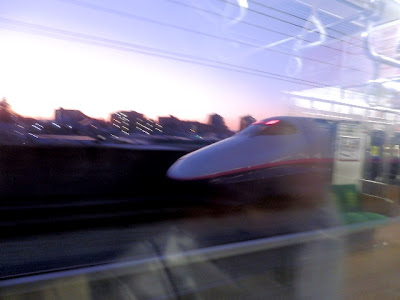 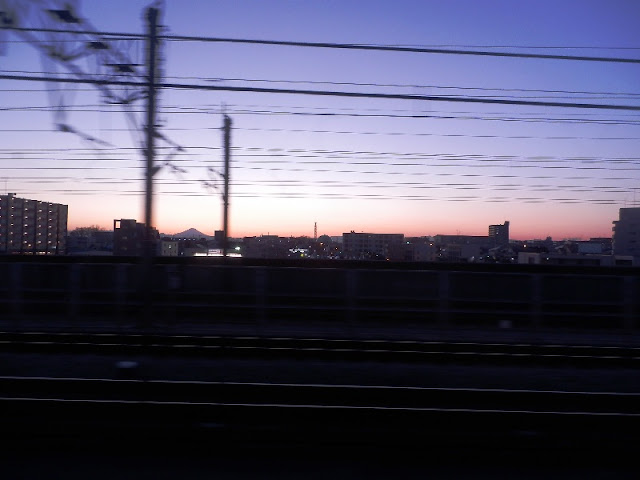 From the Tokyo Area 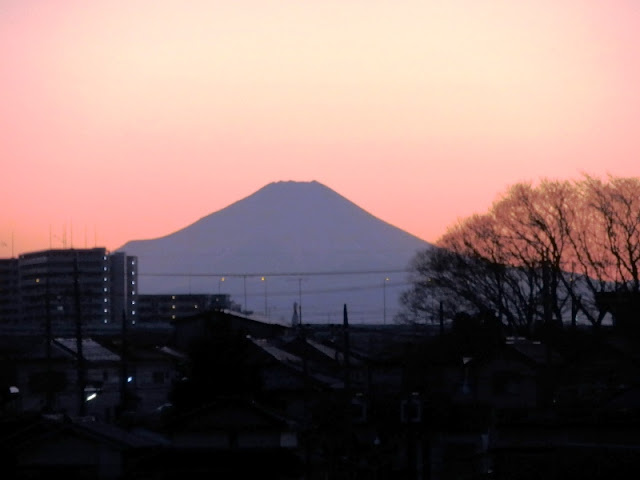 
Luk 1:1 Forasmuch as many have taken in hand to set forth in order a declaration of those things which are most surely believed among us,
Luk 1:2 Even as they delivered them unto us, which from the beginning were eyewitnesses, and ministers of the word;
Luk 1:3 It seemed good to me also, having had perfect understanding of all things from the very first, to write unto thee in order, most excellent Theophilus,
Luk 1:4 That thou mightest know the certainty of those things, wherein thou hast been instructed.
Posted by EEreporter at 1/02/2013 12:26:00 PM Links to this post
Email ThisBlogThis!Share to TwitterShare to FacebookShare to Pinterest

"Thou shalt love thy neighbour as thyself. There is none other commandment greater than these." 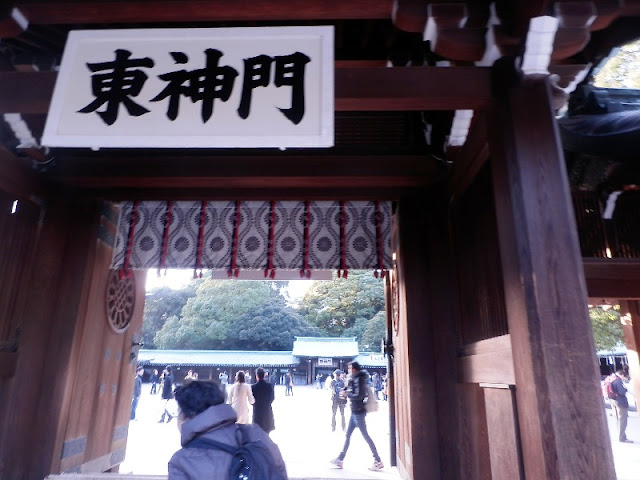 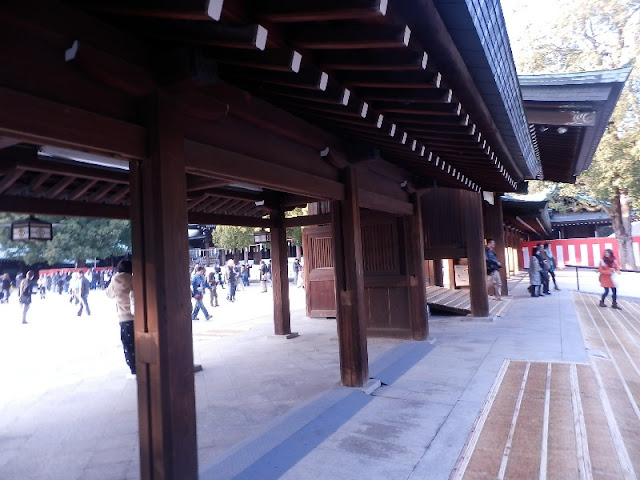 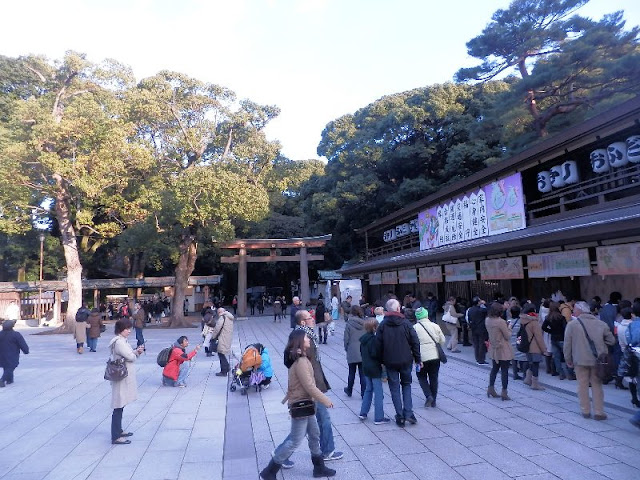 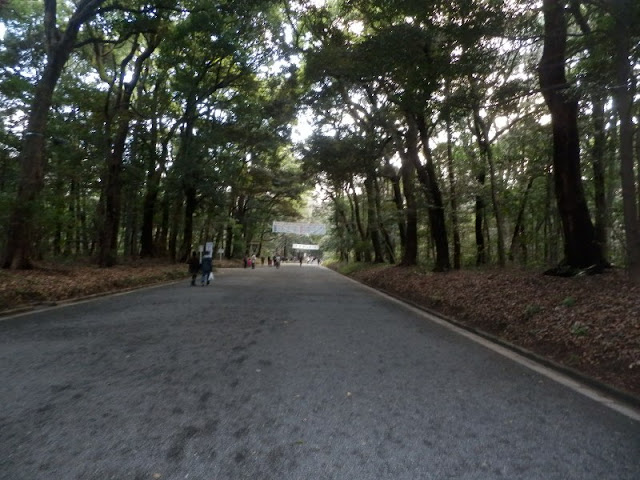 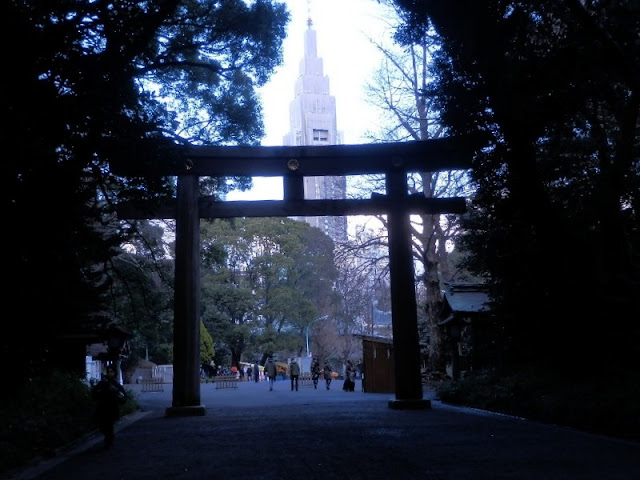 
Mar 12:31 And the second is like, namely this, Thou shalt love thy neighbour as thyself. There is none other commandment greater than these.
Posted by EEreporter at 12/31/2012 09:27:00 PM Links to this post
Email ThisBlogThis!Share to TwitterShare to FacebookShare to Pinterest

"thou shalt love the Lord thy God with all thy heart" 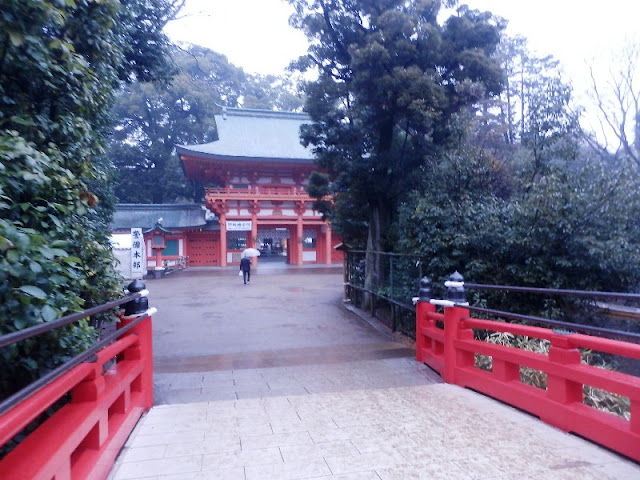 A Japanese Shinto Shrine in Preparation for New Year Pilgrimage 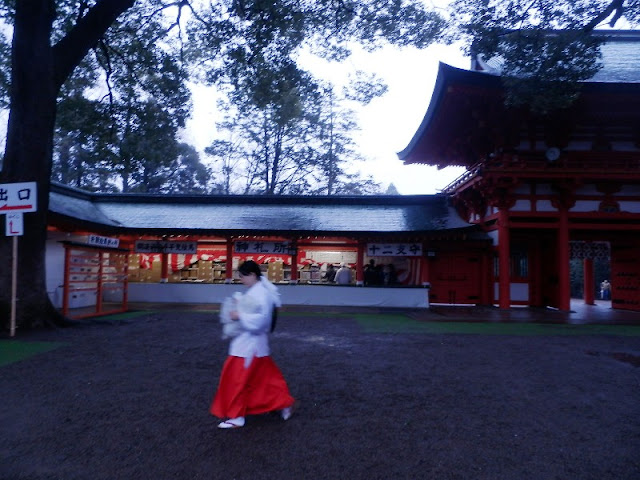 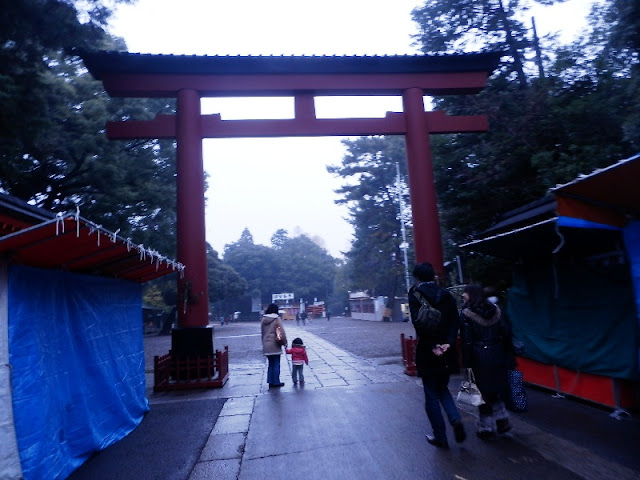 And a Big Chance for Some Business 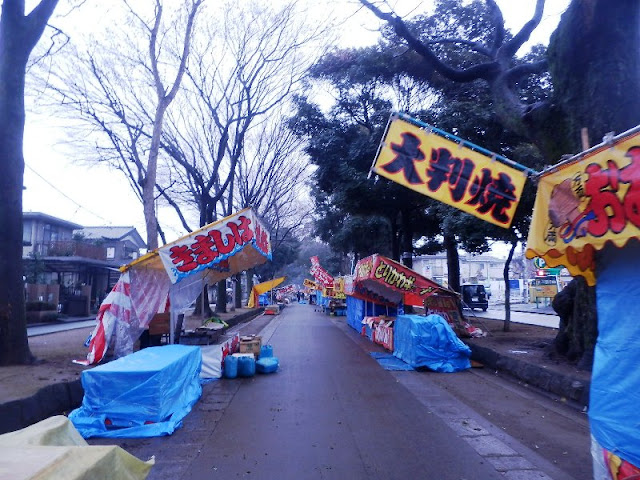 Posted by EEreporter at 12/30/2012 11:17:00 PM Links to this post
Email ThisBlogThis!Share to TwitterShare to FacebookShare to Pinterest
Newer Posts Older Posts Home