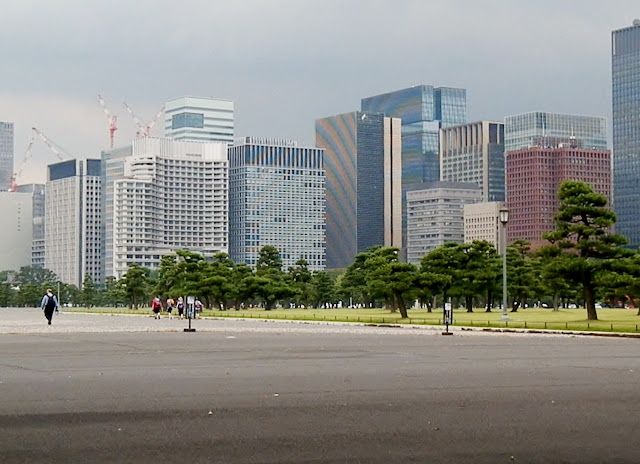 Tribal Judaists in China and India


Judaists or Hebrews once traveled from Persia to China through the Silk Road or from India to China by sea.


There is an oral tradition that the first Jews immigrated to China through Persia following the Roman Emperor Titus's capture of Jerusalem in 70 CE. A large number of Jews emigrated from Persia during the reign of Emperor Ming of Han (58-75 CE).[9] Writing in 1900, Father Joseph Brucker hypothesized that Jews came to China from India by a sea route during the Song dynasty between 960 and 1126.
https://en.wikipedia.org/wiki/History_of_the_Jews_in_China

Put simply Judaists had lived in China for 1900 years till 1900.  But they are now extinct.  In contrast, Judaists are still active in India though their history in India.


P. M. Jussay wrote that it was believed that the earliest Jews in India were sailors from King Solomon's time.[18] It has been claimed that following the destruction of the First Temple in the Siege of Jerusalem of 587 BC, some Jewish exiles came to India.[19] Only after the destruction of the Second Temple in 70 CE are records found that attest to numerous Jewish settlers arriving at Cranganore, an ancient port near Cochin.
...
When India became independent of Britain in 1947 and Israel established itself as a nation in 1948 and with the heightened nationalism and emphasis in the Partition of India of Hindu and Muslim identities, most of Cochin's Jews emigrated from India. Generally they went to Israel (made aliyah). Many from the migrants joined the moshavim (agricultural settlements) of Nevatim, Shahar, Yuval, and Mesilat Zion.[13] Others settled in the neighbourhood of Katamon in Jerusalem, and in Beersheba, Ramla, Dimona and Yeruham, where many Bene Israel had settled.[55] Since the late 20th century, former Cochin Jews have also immigrated to the United States.
In Cochin, the Paradesi Synagogue is still active as a place of worship, but the Jewish community is very small. The building also attracts visitors as a historic tourist site. As of 2008, the ticket-seller at the synagogue, Yaheh Hallegua, is the last female Paradesi Jew of child-bearing age in the community.[56]
https://en.wikipedia.org/wiki/Cochin_Jews#First_Jews_in_South_India

Accordingly, India looks closer to Palestine than China is.  Or, India belongs to the mainstream of the world stretching from Europe to the Middle East and South Asia.  But China belongs to a different world where Japan, Korea, Myanmar, Thailand, Vietnam, Tibet, Mongolia, and Korea  belong.

But with strong religion of the tribe Judaism, those ancient Hebrews could not survive and multiply in China.  They could not even become an established ethnic and religious group in India, though still surviving there.

Indeed, the God seems to expect from people in East Asia something different from the peoples in the mainstream world living in regions from North Africa, Europe, the Middle East and South Asia.

But the role of the New World, Americas, should be pondered with or without taking into account Judaists.

Posted by EEreporter at 10/09/2015 10:54:00 PM Links to this post
Email ThisBlogThis!Share to TwitterShare to FacebookShare to Pinterest

"I am the door" - Round of the Seasons 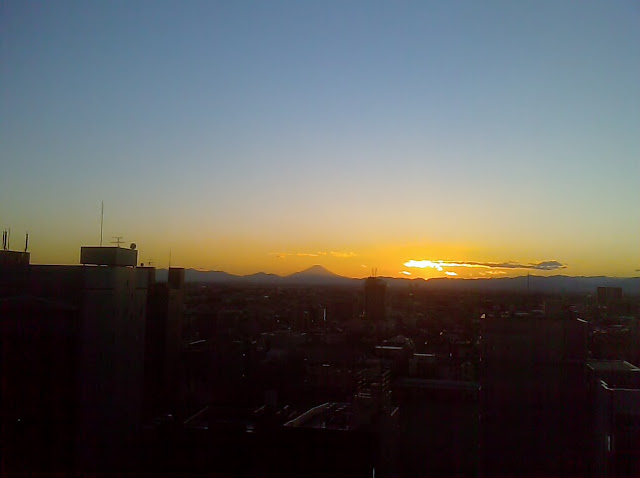 Round of the Seasons


This evening Mt. Fuji could be well seen from around Tokyo.

It means the sky and the air now include less vapors and moisture.  One big natural feature of Japan is that its air includes wet more than in Europe and most parts of North America.  Especially in the spring and the summer Japan is humid.

In this regard, from June to September is the summer for Japan with the wet air, but from October to November is the autumn with the air including a reasonable level of moisture.  And from April to May is the warm spring getting wet, but from  December to March the air is dry almost all over Japan, though some northern areas have snow falling.

The summit day in the year for Japan is August 15, in the hottest week of the summer, when the Japanese people commemorate the end of WWII.  But traditionally and spiritually, the most important days for Japan are December 31 and January 1.

And, in October, the tenth month or the first double-digit numbered month, it has really started, in the Japanese society, to move toward the year end and the new year.

And miraculously the holiest day for the Christian world, December 25, is almost one week ahead of Japan's sacred days.

Anyway a season has changed in Japan.  Maybe the world might have.

Joh 10:8 All that ever came before me are thieves and robbers: but the sheep did not hear them.
Joh 10:9 I am the door: by me if any man enter in, he shall be saved, and shall go in and out, and find pasture.
Posted by EEreporter at 10/09/2015 12:43:00 AM Links to this post
Email ThisBlogThis!Share to TwitterShare to FacebookShare to Pinterest

"freely ye have received, freely give" - God, Religions, and Mankind 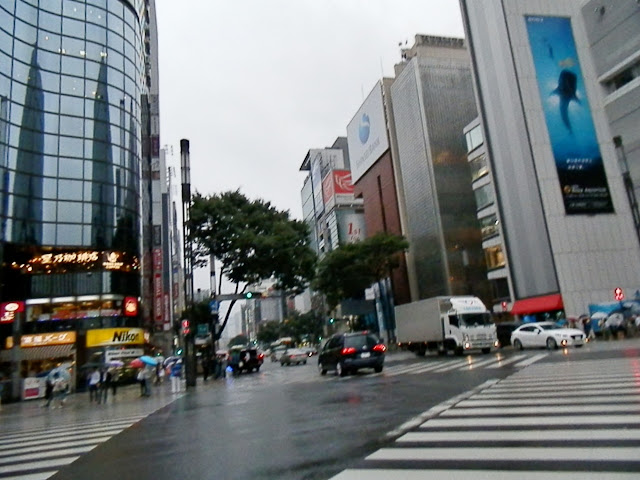 
In Europe after wars and wars in these 2000 years, finally many people have stopped following the word of God.

If in the US, more wars, more civil wars, and more domestic killings happen in the future, they would also stop following the word of God.

In this context, Obama is very symbolic.  It must be the will of God that an African American is elected as President in the early 21st century.  And, as it is fulfilled, the US may be given more chances by God.

Similar to the US, Judaists were given many chances in these 2000 or 4000 years.  No nations or empires could uproot them.  Judaiasts have survived to date.  They even restored their own nation in Palestine, good or bad, after WWII in the 20th century.  They have more than a reasonable share in the elite class in the US.  They are playing major roles in the international financial market.  It must be the will of God.

Then why did God give Islam to some people in the 7th century?  What is the intention of God?  Has Islam helped Judaists and Christians?  If so, in what sense?

From a viewpoint of the whole mankind, as Judaism became rotten, God gave Christianity to mankind, since Judaists came not to be expected to work as a tool to diffuse globally faith in God.  And then, as Christians got degraded and came not to be expected to diffuse globally and fully faith in God, God gave Islam to some people living around Arabia, North Africa, Southwest Asia, and as far as Indonesia and the Philippines.

In this context, there must be something in Islam that is final or fatal to mankind.

Anyway, it is a big surprise that we have no one equivalent to Abraham, Moses, Christ Jesus, and the founder of Islam in these 1300 years in addition to no new religion equivalent to Judaism, Christianity, and Islam.

Accordingly, we have to face the end of the world or the Second Coming of the Son of God.


Mat 10:7 And as ye go, preach, saying, The kingdom of heaven is at hand.
Mat 10:8 Heal the sick, cleanse the lepers, raise the dead, cast out devils: freely ye have received, freely give.
Posted by EEreporter at 10/07/2015 11:57:00 PM Links to this post
Email ThisBlogThis!Share to TwitterShare to FacebookShare to Pinterest

"from the beginning of the creation" - Jesus and Islam 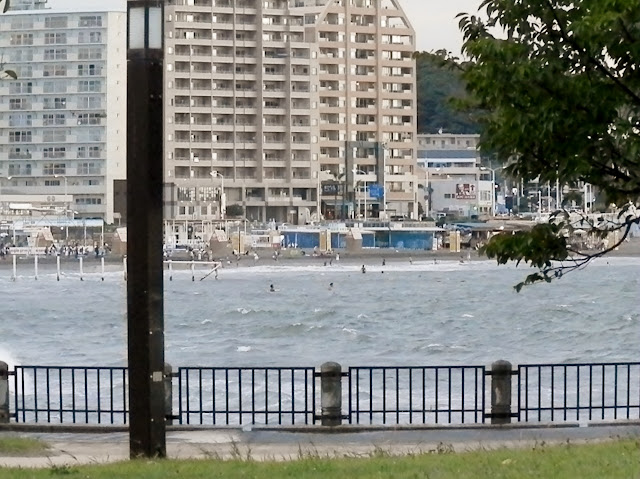 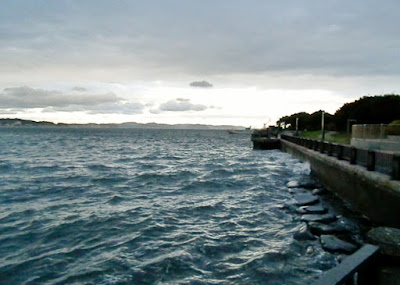 There is a theory that Judaism was actually born in Egypt though the people Hebrews could have their ancestor Abraham.

According to the Bible, without mentioning Moses, even Abraham and Christ Jesus had once been Egypt though there was a gap of 2000 years between them.  Therefore, it is no wonder if Judaism was a derivative of some Egyptian religions.  Then, Judaists have two roots, naturally, in Mesopotamia as their tribal origin and in Egypt as their religious origin.

According to some studies, the scrolls found around the Dead Sea show a strong influence of some Egyptian religion.  And, as it was in the 20th century that those scrolls were discovered in a large quantity, its implication is very significant.

Because Christ Jesus is the son of God, He must have represented all the great civilizations that existed on the earth at the time when He came to this world.  Accordingly, He must have had a connection with Egypt.  But of course, Christ Jesus proclaimed a new religion that could stand without connections to ancient Mesopotamia and Egypt.

Christ Jesus never mentioned the Great Pyramids of Egypt.  He neither mentioned the great prosperity of Rome.  But without Egypt and Moses, no Judaism should have been possible.  And without the Roman Empire, no Vatican and Protestantism  today are possible.  Of course, without the  Sumerian Civilization in Mesopotamia, no Hebrews and Judaists are possible, since Abraham was born around the great city Ur, the center of the Sumerian Civilization.

So, Christianity is a religion with deep connections to Mesopotamia, Egypt, and Rome.

But has Christianity any connection with Islam, though time order may be thought as opposite; Islam was created 600 years after Christianity?

At least, the Koran admits that Jesus was a holy prophet.

Nonetheless, Allah might change His mind to rewrite the Koran to declare that the era of Jesus being a simple holy prophet has been over and a new era has begun where Jesus must be revered as the son of God.

You must think about the relation between Jesus and Islam.


Mar 10:6 But from the beginning of the creation God made them male and female.
Mar 10:7 For this cause shall a man leave his father and mother, and cleave to his wife;
Posted by EEreporter at 10/07/2015 12:18:00 AM Links to this post
Email ThisBlogThis!Share to TwitterShare to FacebookShare to Pinterest
Newer Posts Older Posts Home