"Then said his disciples, Lord" - Bill vs. Trump 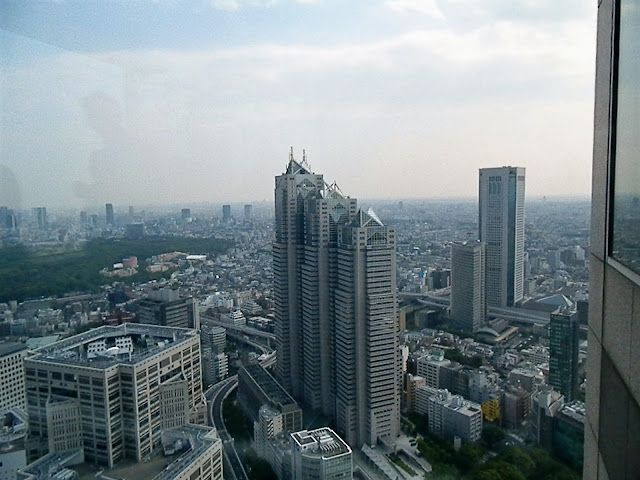 The key figure in this 2016 US Presidential Election was Bill Clinton, though it was his wife Hillary that was running for presidency.

Bill Clinton was blamed of his mischievous conduct involving a young woman in the White House when he was president.  It really harmed honor of President Bill Clinton.  He was a kind of laughed at globally, though he could avoid forced resignation.  But this incident did not result in divorce of the couple.  However, the wife Hillary started to make her own political career, becoming a senator and then running for the Democratic primary election for the 2008 Presidential Election, though, in vain.

Hillary Clinton became the Secretary of State under Obama's presidency and then ran for the 2016 Election.  These movements were all driven by her passion to save herself from her husband's scandal.   The underlying factor for her intention to be US President is her anger and shame caused by Bill Clinton at the end of the term of his presidency.

If Hillary Clinton had been elected this year, Bill Clinton would come back to the White House with her next year, which however cannot be accepted from an ethical viewpoint.

On the other hand, Donald Trump is really a deplorable person.  He virtually evaded tax, conducted a kind of fraud in his business, abused women, and insulted Hispanics, Muslims, women, etc. with mean and violent words.  Such a billionaire should be prevented from assuming the office of the US President.

So, the issue is which sin is graver, Bill Clinton's or Trump's.

As a matter of fact, American voters have judged that Bill Clinton would soil the White House more than Trump.

It should be noted that 53% of white women voted for Trump.  Those women must have been determined not to vote for Hillary from the beginning.  But opinion polls could not catch their minds, probably because surveyors assumed that it was Hillary vs. Trump but not as Bill vs. Trump.

Indeed, if Bill Clinton had not committed a kind of adultery in the White House, Hillary should have been supported by 60% of white women to defeat Trump this November 8.  Truly, a man and wife cannot be separated even in terms of political popularity.  The spirit of America forbade Bill Clinton to come back to the White House.

Joh 11:12 Then said his disciples, Lord, if he sleep, he shall do well.
Joh 11:13 Howbeit Jesus spake of his death: but they thought that he had spoken of taking of rest in sleep.
Joh 11:14 Then said Jesus unto them plainly, Lazarus is dead.
Joh 11:15 And I am glad for your sakes that I was not there, to the intent ye may believe; nevertheless let us go unto him.

Posted by EEreporter at 11/12/2016 10:52:00 PM Links to this post
Email ThisBlogThis!Share to TwitterShare to FacebookShare to Pinterest 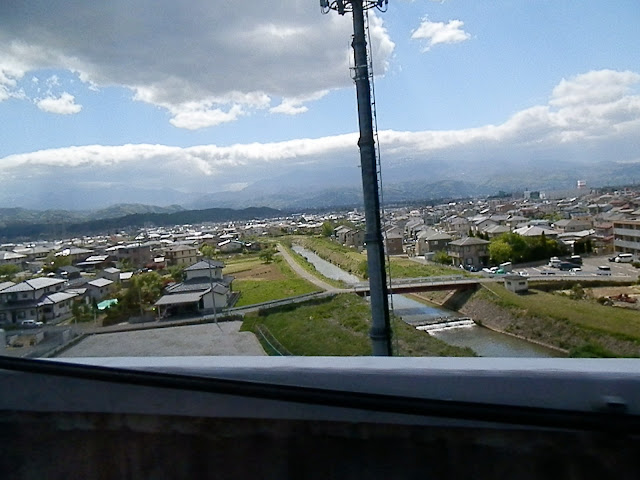 
Cannot be a War on Mexico

To tell the truth, a month before November 8, a holy spirit indicated me that Trump would win.

This series or trend of the American politics started with President Bill Clinton's trouble with a young woman.  It had an influence on the 2000 Presidential Election where Al Gore was forced to concede to W. Bush, though it looked like Al Gore virtually wan even in controversy Florida.

W. Bush was faced with the 9/11 Terror, though the responsibility for this large-scale terror on the mainland America should be shared by Bill Clinton and W. Bush.  However, the War on Iraq President W. Bush launched was found later to be based on false or concocted information.  W. Bush was also responsible for the Enron scandal, the subprime loan fiasco, and the Financial Crisis.  Later angry people started a movement called "Occupy Wall Street."

Disenchantment with W. Bush and other white elite politicians spread widely across the U.S.  Accordingly, Barack Obama was elected as the first African American US President in the middle of the economic crisis and high unemployment,  All Obama had to do is help recovery of the US economy.  It took almost the two terms of his presidency that the US economy has been almost fully recovered.  And now, most of American voters, which mean white voters, do not need an African American President any more.  They rather want somebody who can take back the White House to white voters from Obama and those who are close to him.

Hillary Clinton is too close to Obama and other minorities.  Sanders might be more appealing but he is clearly against the American mainstream economic system.  Jeb Bush is out of question, since he is a younger brother of W. Bush.  Cruz and Rubio lack experiences, skills, and passionate agendas.  Only Trump riding an influential power of commercialism has looked like sharing the same culture with whites in general and having passion and energy matching the anger held by ordinary or poor white voters who think they are neglected by elites in Washington DC and New York.

So, it is racial, cultural, and economic aspects of  relationship between Presidential candidates and ordinary or poor white voters that has decided the outcome of the 2016 Presidential Election.

President Trump is expected to be helped by recovered US economy, owed mostly to Obama's administration, and without doing anything special, he will not be blamed in terms of the US economy.  If general economic situations should be more improved, disgruntled white voters will not blame Trump, since the unemployment rate will continue to decrease.    But the real issue for Trump is diplomacy on which Obama's performance has been poor due to lack of his experiences.

Past Republican Presidents had all faced grave security issues: Reagan with the Star Wars challenge and the falling Soviet Union, W.H. Bush with the Gulf War, and W. Bush with the War on Terror.

So, the issue for Trump's administration is what war or what grave security incident will emerge, though it cannot be a war on Mexico.

Mat 11:10 For this is he, of whom it is written, Behold, I send my messenger before thy face, which shall prepare thy way before thee.
Posted by EEreporter at 11/10/2016 11:25:00 PM Links to this post
Email ThisBlogThis!Share to TwitterShare to FacebookShare to Pinterest 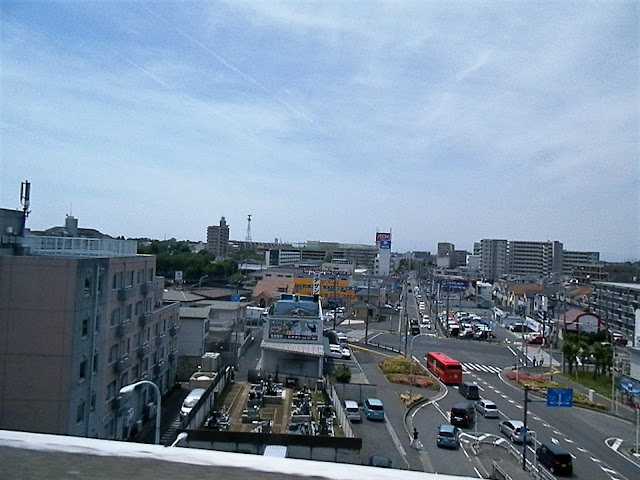 
The US Presidential Election ended with the victory of Trump, though The New York Times predicted that Hillary would win in a probability of 80%.

However, a holy spirit told me not to trouble myself.  So, whatever this outcome is, it will not harm us.

Another indication by the spirit is that "he would be handed to gentiles."  This world might symbolize what president Trump would be.

God might have heard more prayers from Christians who wanted to stop non-religious movements led by liberal and progressive Democrats and Hillary Clinton.

Consequently, it might be regarded as a kind of victory of American Christians rather than Donald Trump.


Nonetheless, Christians might not have voted for Trump if Hillary cannot be their choice:

By contrast, Hillary Clinton has pledged to nominate justices who will uphold Roe v. Wade. Additionally, she refuses to place any restrictions on abortion, regardless of reason for or the timing of the abortion.

Abortion is not the only issue that should be of concern to conscientious Christians.  Over the last eight years, the Obama administration has launched an all-out attack on religious liberty in America by suing the Little Sisters of the Poor Catholic charity, forcing Christians schools to allow men in women’s locker rooms under Title IX requirements for transgender rights, and being a willing accomplice in bankrupting Christians who try to exercise their faith through their businesses.

This war against religious liberty will only escalate under Hillary Clinton who is resolved to nominate Supreme Court justices, as well as dozens of federal judges with lifetime appointments, who embrace an expansionist view of the Constitution  and will force the secular progressive agenda down the throats of Americans.  Remember, the next president will serve only 4 or 8 years, but these justices and judges will impact our nation for decades.

"as Jesus had commanded" - Billionaire vs. President 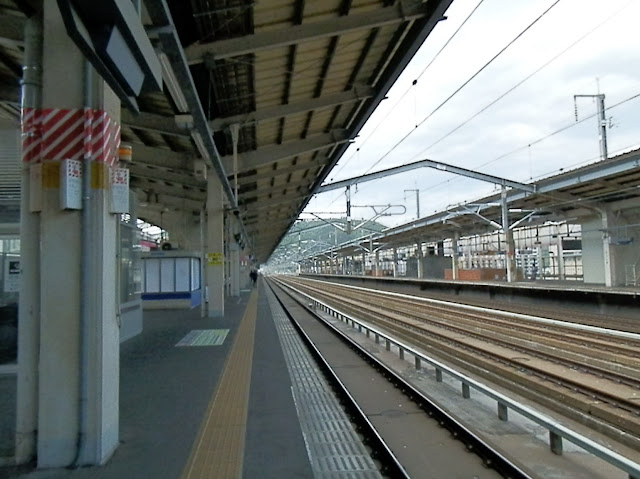 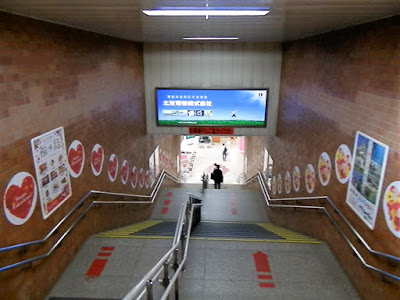 I wondered if Trump would win the Presidential Election.  Then a holy spirit indicated that "it escaped his hands."

Probably the chance to become US President has gone before Trump.  However, none seem to be 100% sure about Hillary Clinton's victory.

For example, it is unthinkable that the Mafia and other gangsters are supporting Hillary, but it is no wander that Trump has support from them, since you cannot earn such huge amount of money as Trump has without having any relationships with some criminals.

In the democratic system, such billionaires as Trump are expected to be excluded from public office.  It is because at least 51% of people cannot be rich, super-rich, or billionaires.  Through long history, society has come to be aware that the modern society cannot function well if a majority of people are politically neglected.  And, those who represent a majority of people must share some economic, financial, social, cultural, and religious environment with those people.  If a billionaire becomes president of a nation where 80% of people are not even millionaires, there must be serious discrepancy and danger between the president and people.  It cannot be accepted by modern democratic nations.

Therefore, Trump whose assets are valued at $3.7 billion must not try to be US President.


Mar 11:5 And certain of them that stood there said unto them, What do ye, loosing the colt?
Mar 11:6 And they said unto them even as Jesus had commanded: and they let them go.
Mar 11:7 And they brought the colt to Jesus, and cast their garments on him; and he sat upon him.
Posted by EEreporter at 11/06/2016 11:41:00 PM Links to this post
Email ThisBlogThis!Share to TwitterShare to FacebookShare to Pinterest
Newer Posts Older Posts Home