"this do, and thou shalt live" - Time is generated by God 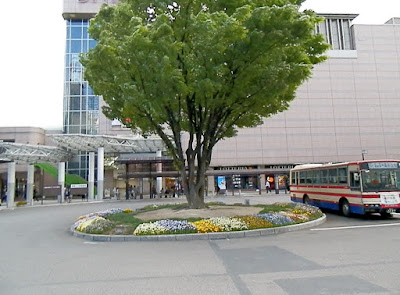 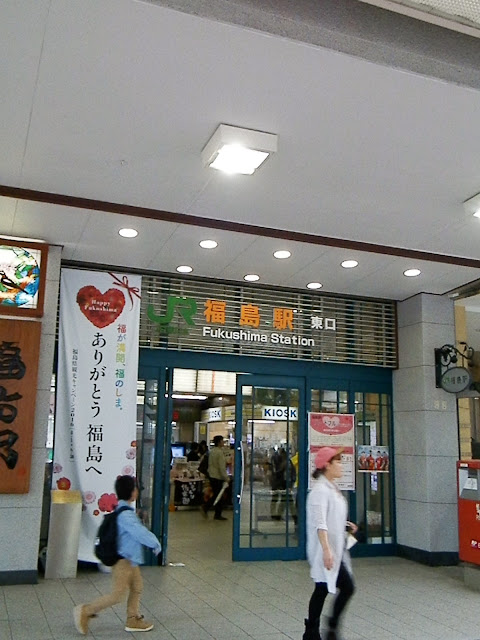 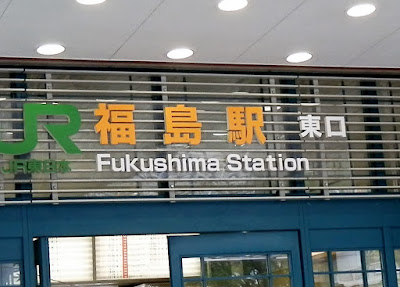 Time is generated by God

Time has meaning where a change occurs.  Without a change, there is no meaning of time.

If there is only one state named A and it continues forever without a change, time has no meaning.  But if there is another state named B, and A changes to B, there is a meaning in time, since we have to say that the state was A in the past, though it is B now.

However, we don't need time if the state is A and, at the same time, B.  Just like in the world of quantum physics, there can be a world where every possible situation has its own probability of existence at the same time.  In this world, there are no fixed states.  Every state has only its own probability of existence.  But the state of the world cannot be fixed.  There is no need of time.

But in the world where there is a fixed state even if there are many possible states, you need time to make distinction between fixed states.  You must say: the state is A at the time T1, B at the time T2, C at the time T3, and so on.

Then, what does it mean that time flows to the past?  Does it simply mean states that appeared in past reappear along with the flow of time?

But what causes change in states and thus generates time?   It is power of observation of the state.  Before someone observes the sate, it holds all the sates A, B, and C at a certain probability for each state.  But, when observation is made, the state is fixed to any of A, B, and C.  And under this observation, the fixed state changes from A to B and B to C.

So, now you must feel that that someone is God.  As God observes the state, it is fixed and changed to another fixed state.

In summary, this universe with fill of states can have a fixed state at each moment because God is observing this universe to every minute corner.

God is the driver of all the phenomena in this universe.  He did not only create this universe but also does always cause change in the universe.  Time is generated by God.

Time generated under God's observation:
Status = A fixed, B fixed, or C fixed

Posted by EEreporter at 10/28/2016 10:28:00 PM Links to this post
Email ThisBlogThis!Share to TwitterShare to FacebookShare to Pinterest 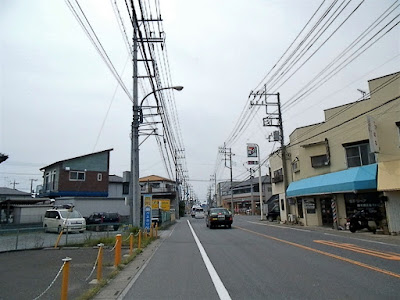 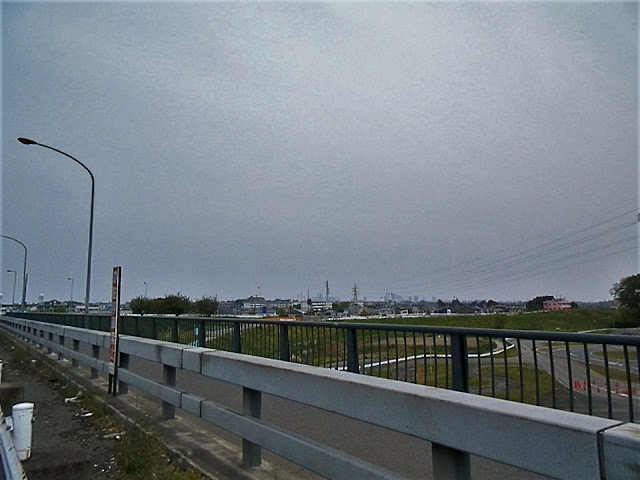 
Master without a Bow and Arrow

There is a Chinese story about a great master of archery.

When he was young, he got training under guidance of a great teacher who was regarded as No.1 in their country.  But one day, the young man got confidence that he was now as good as his teacher.  To be No.1 in archery, he had to kill his teacher.   So, he met his teacher walking on a road through the field.  Two of them soon started to shoot each other.  But all the arrows they shot aiming at each other hit one another, head on head, in the middle of the air between them.   So, eventually the teacher forgave the young man crying with some sort of repentance, and said to him, "There is a super master of archery in deep mountains.  You must meet him."

Many years later, the young man who became old came down from the mountains without a bow and arrow to live in a house of the capital of the nation.

Then, people rumored that they saw birds flying high in the sky over the man's house suddenly falling down as if they had been shot, or a thieve trying to enter his house from the roof at mid night was shot by unseen arrows and fled away.   People in the capital praised him as the supreme master of archery.

But soon they found that he had no bows and arrow.  To their astonishment, the man could not remember what a bow and arrows were for when they showed the weapon to him.

So, Christ Jesus did not even use Heavenly power and miracles to handle His own case involving Judas Iscariot.

Joh 10:25 Jesus answered them, I told you, and ye believed not: the works that I do in my Father's name, they bear witness of me.
Posted by EEreporter at 10/25/2016 11:42:00 PM Links to this post
Email ThisBlogThis!Share to TwitterShare to FacebookShare to Pinterest

"If thou be the Christ" - A Basic Matter of Japan 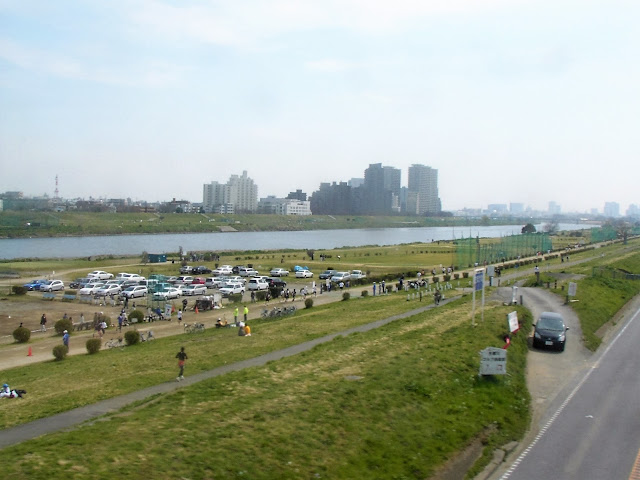 
A Basic Matter of Japan

In 1156 in Kyoto, Japan, strife erupted  between an incumbent emperor and a retired emperor.

But when Toba died, his son, the retired emperor Sutoku, could not launch his cloister government, since the incumbent emperor, Go-Shirakawa, was his younger brother but not his son.  However Sutoku wanted to exercise his power while Go-Shirakawa  stuck to his own imperial power.  Each of them had support from noblemen and samurais on his side.  And, this strife was put to an end through violent clash of samurais on both the sides.  Noblemen could not fix the case in a political or peaceful manner.

So, after the strife that ended with Go-Shirakawa's victory, samurais who helped the emperor came to take a decisive part in politics around the imperial court.  It eventually caused a power shift from the emperor and the noble class to samurais specialized in military force.  Till this incident of 1156, called the Heiji War, samurais were used by the imperial court as the Guards of the imperial court in Kyoto or by noblemen as a garrison or  police force in their feuds located locally, though some samurai leaders were given lower grades of titles of the noble class.  But the Heiji War set samurais as a class of people who could be in charge of politics and administration.

After subsequent decades of strife within the samurai class or specifically among the two major samurai clans, the Heike clan and the Genji clan, finally the Genji clan got hegemony and took over power from the imperial court in Kyoto, and the head of the clan, Minamoto-no-Yoritomo, established, as the head of all the samurais, the first samurai government in Kamukura, a town facing the Pacific Ocean 400 km east of Kyoto, in 1192.  Basically, the rule by samurais continued till 1868 when the imperial court regained power through the incident called the Meiji Restoration, though different samurai clans took the position of the head of all the samurai clans in the 700-year-long samurai rule.

So, the corrupt imperial court gave way to samurai government in the 12th century, though at the time each emperor, retired emperor, or ex-retired emperor could not exercise his power despotically since noblemen had already taken real political power from successive emperors for centuries.

But the core of the mind set of the samurais is loyalty to their masters and faith in power of sword.  It had a great influence on the Japanese society even after the Meiji Restoration when Japan started modernization, Westernization, and industrialization.  And, there is still some remnant of this samurai tradition after the end of WWII.

Today, the Japanese Constitution does not recognize the imperial court and the noble class, needless to say the samurai class, but recognize people as the sole sovereign of Japan.  However, the emperor is positioned by the Constitution as the symbol of the nation.

This is a basic matter of Japan. 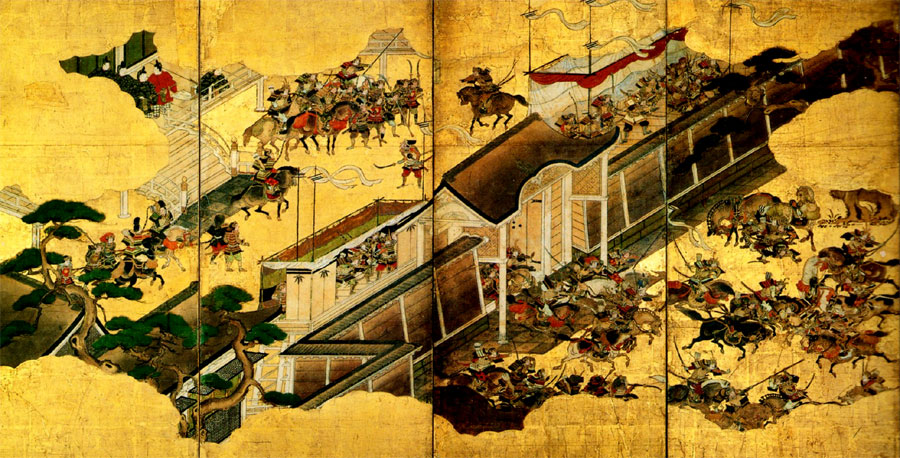 
Joh 10:24 Then came the Jews round about him, and said unto him, How long dost thou make us to doubt? If thou be the Christ, tell us plainly.
Joh 10:25 Jesus answered them, I told you, and ye believed not: the works that I do in my Father's name, they bear witness of me.
Posted by EEreporter at 10/24/2016 10:14:00 PM Links to this post
Email ThisBlogThis!Share to TwitterShare to FacebookShare to Pinterest 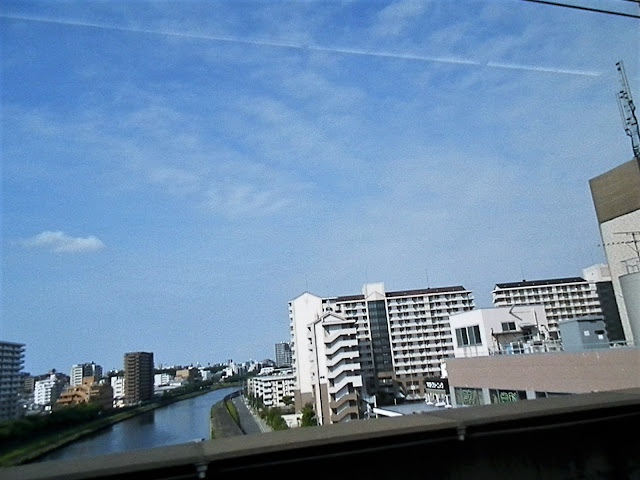 Not Charity but Change in Systems


There are the two factors: wish to enjoy riches and wish to show some moral characters.

Almost all the humanitarian advocates in the world are rich.  They never become poor due to their activities to promote humanitarianism.

For example, UN officials who are in charge of promoting welfare in the poorest countries work in those countries helping poor people there, but they usually live in rich hotels of the countries.  Or, wealthy people  donate money to charity to save poor people such as the homeless.  But they will spend more money to secure their wealth.

But the world is presented a very bad example to.  Even the Pope lives a very rich life while he is expressing his love to the poor.

The social and economic systems of this world should be changed to save the poor and victims of every evil such as terror, civil wars, etc.  But for a man to be rich, he has to first accept these systems and win competition in the systems.  He cannot deny the systems.

So, the teaching of Christ Jesus requests drastic change in human thoughts.  If a rich man is allowed to enter Heaven, he has to deny wealth he has obtained in the social and economic systems in this world and furthermore he has to deny such systems.

A nation can be rich through industrialization and further development and success in economy.   And many citizens might be richer.  But evil will surely give more damage to the society than when the nation was still poor.  It is because old systems remain, and they always succeed in finding new types of victims.

Mar 10:23 And Jesus looked round about, and saith unto his disciples, How hardly shall they that have riches enter into the kingdom of God!
Posted by EEreporter at 10/23/2016 10:10:00 PM Links to this post
Email ThisBlogThis!Share to TwitterShare to FacebookShare to Pinterest
Newer Posts Older Posts Home