"let him sing psalms" - A Long Way to Recognize God 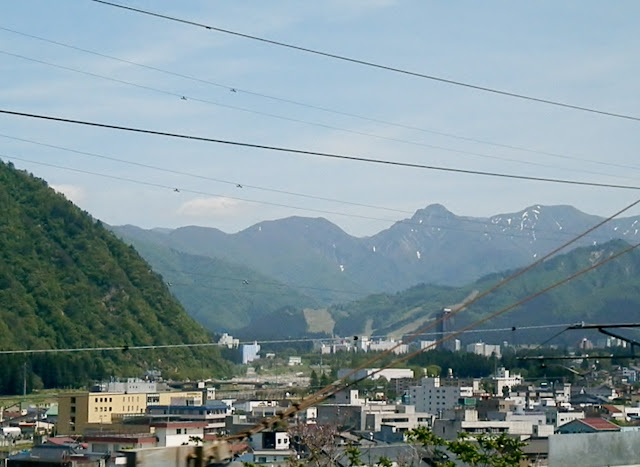 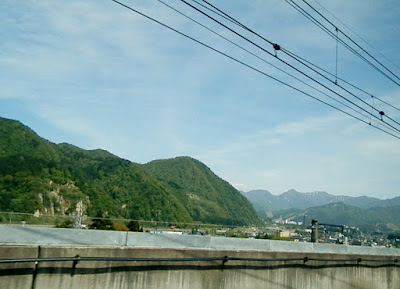 A Mountainous Area North of Tokyo

A Long Way to Recognize God

The relationship between God and the whole mankind and also each individual is the last and the most important issue for the human species.

In any civilization, including the ancient Egyptian one, there is a religion and a myth.  Animals do not think about somebody with super and super-natural power.  They are just afraid of danger brought on them by other animals or natural phenomena.  They are not thankful to the nature that nourish them.  But human beings started to think, from a log time ago or millions of years ago, that there exited spirits, namely non material existence, in environment within or out of the nature, since their minds and hearts were spiritual.

"Something very powerful, horrible, or merciful must exist beyond the nature," they must have thought.  And as human beings advanced in their recognition and cogitation, they came to think there might be something that controlled their fates, since some people were lucky and others were very unlucky beyond the limit of individuals' efforts.  And, "that something must be spiritual existence," they must have concluded.

Human beings living 10,000 years ago or a million years ago thought about their death.  They of course knew that their physical death meant the end of work of their minds and hearts.  But as they could recognize that their minds and hearts constituted their own inner domain, they thought that their souls, the sources of work of their minds and hearts, should belong to another world.  And the world must be an independent world from the material nature. "When we die, our bodies are destroyed and decayed but their souls must survive in another world," human beings came to believe clearly at least 250,000 years ago when Homo sapiens was established or as some groups of primates or the genus Homo came to believe so, they became Homo sapience whose only existent group is us, the mankind.

The development from the stage of primates to the mankind through the phases of Homo species must be guided by the development of recognition of spiritual existence and realization of inner souls of their own minds.

In this context, it has been just 200,000 years since some species on the earth started to clearly sense and respect some spiritual existence.

Therefore, the key feature that characterizes the mankind is its recognition of its souls and spiritual entities around it.

Since a living thing was first generated on the earth 4 billion years ago, there was always a group of living things that focused on their inner world that developed to minds and hearts through the phases of one-cell organisms, multicellular organisms, fishes, amphibians, mammals, primates, and homo sapiens sapiens.

The tendency of human beings to focus on their own inner world, souls, spiritual domains, and God is not a result of evolution.  But rather, a driving factor of evolution to the human species from, extremely, one-cell organisms.  Our ancestors must have been always focusing on their internal spheres even when they were one-cell organisms, multicellular organisms, fishes, amphibians, mammals, and primitive primates.

However, after the establishment of human beings with a feature of focusing on souls and spirit, they had to still live long and go a long way till they found the Sole Creator of the Universe who is the only and one God.

Today, Judaism, Christianity, and Islam claim that their is only one God who created the whole world.   And, all the mankind knows it.  So, it has taken 4 billion years that living things on the earth come to correctly believe in existence of God that created all the living things.

So, the future evolution of homo sapiens sapiens should also rely on this feature of the mankind of focusing on their own souls, the spiritual domain, and God.


Jam 5:12 But above all things, my brethren, swear not, neither by heaven, neither by the earth, neither by any other oath: but let your yea be yea; and your nay, nay; lest ye fall into condemnation.
Jam 5:13 Is any among you afflicted? let him pray. Is any merry? let him sing psalms.
Jam 5:14 Is any sick among you? let him call for the elders of the church; and let them pray over him, anointing him with oil in the name of the Lord:

Posted by EEreporter at 5/13/2016 12:19:00 PM Links to this post
Email ThisBlogThis!Share to TwitterShare to FacebookShare to Pinterest

"we shall reign on the earth" - Holy Authority vs Democracy 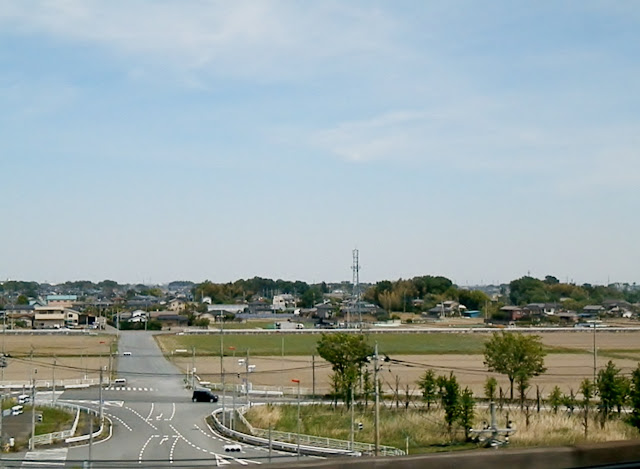 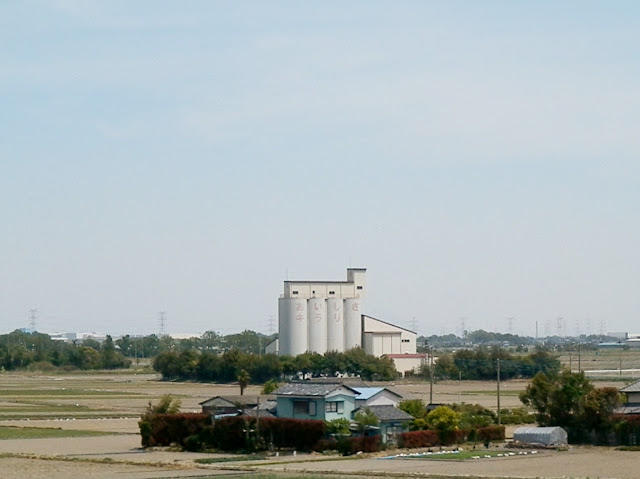 How could Christ Jesus get foods?

As Christ Jesus said, we have to first seek holy justice, and then whatever is needed for our lives should be given by God.

In this way, as Christ Jesus was traveling from a village to another, God must have provided foods and meals for Christ Jesus through villagers who were healed by or came to believe Christ Jesus.

In other word, Christ Jesus had no need for money to buy foods, since villagers who saw miracles offered meals for free.

And remarkably, Christ Jesus did not beg foods like today's politicians beg votes from voters.

The big difference from the world of today with democratic political systems is that Christ Jesus had holy authority.  Politicians today have no such authority.  And voters in a democratic nation have also no divine authority.  Voters' voice is not a voice of God.

Voices of God can be only delivered by saints such as Christ Jesus in any era.

In this context, to make the world better, we had better to strengthen our faith so that God would give some authority to some members of our society.  It is because democracy can be controlled by voters who might even follow Satan. Rev 5:9 And they sung a new song, saying, Thou art worthy to take the book, and to open the seals thereof: for thou wast slain, and hast redeemed us to God by thy blood out of every kindred, and tongue, and people, and nation;
Rev 5:10 And hast made us unto our God kings and priests: and we shall reign on the earth.
Rev 5:11 And I beheld, and I heard the voice of many angels round about the throne and the beasts and the elders: and the number of them was ten thousand times ten thousand, and thousands of thousands;
Posted by EEreporter at 5/11/2016 12:24:00 AM Links to this post
Email ThisBlogThis!Share to TwitterShare to FacebookShare to Pinterest

"they shall be called the children of God" - To stop Trump, Have More Faith in God 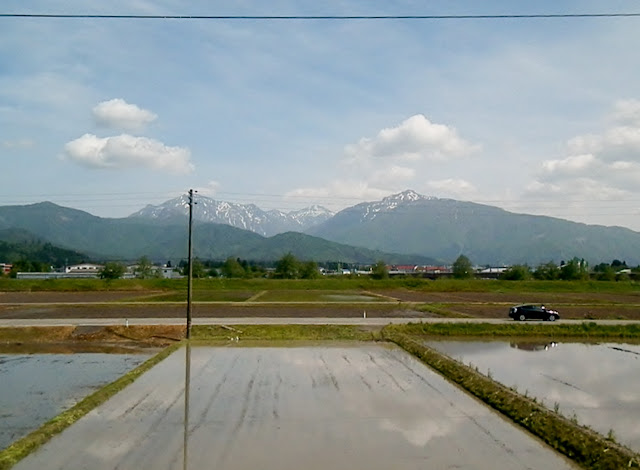 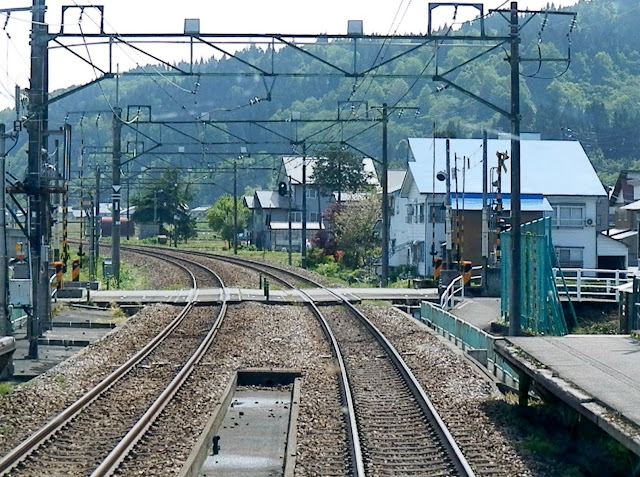 A Local Area North of Tokyo


To stop Trump, Have More Faith in God

Christ Jesus said to love God with all of your might and ability, which means putting the highest priority in the teaching of God.

However, people usually put the highest priority in their own lives with riches, security, wealth, safety, and other factors of their own happiness.

It is because though our physical bodies are made of molecules and atoms, our minds and hearts are made of our spirits God gave to us individually.  Our ability to recognize ourselves with consciousness and use higher intellect was given by God.  The work of our brains and power of minds and hearts are linked to the spiritual world that is above the material world.  As Christ Jesus suggested, God sends spirits to human beings.

Put simply, we have to admit that we were created by God and we are not simple results of random phenomena of the nature.

If we don't put the highest priority to God, we will put our desire to the highest position.  That is why Hitler could take the leadership in Germany before WWII.  That is why dictators such as Stalin, Mao Tse-tung, Pol Pot, Saddam Hussein, Qaddafi, etc. took power.  It is because people without faith in God would try to be happy by sacrificing others, especially, the poor, the weak, the handicapped, the minority, etc.

In this context, the American politics is paradoxical.  If Americans want to liberate people perfectly as some Democrats claim, they have to have deeper faith in God as some Republicans claim.  In reality, less faithful Democrats are focusing on justice for minorities, which could be only realized by more faithful Republicans.

To stop Trump, Americans have to keep the teaching of God first and foremost. 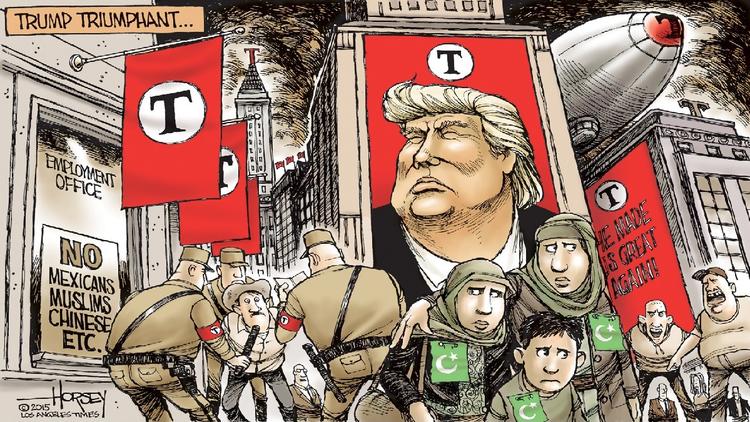 Mat 5:9 Blessed are the peacemakers: for they shall be called the children of God.
Mat 5:10 Blessed are they which are persecuted for righteousness' sake: for theirs is the kingdom of heaven.
Posted by EEreporter at 5/09/2016 10:19:00 PM Links to this post
Email ThisBlogThis!Share to TwitterShare to FacebookShare to Pinterest

"for I am a sinful man, O Lord" - For Human Beings to be Complete 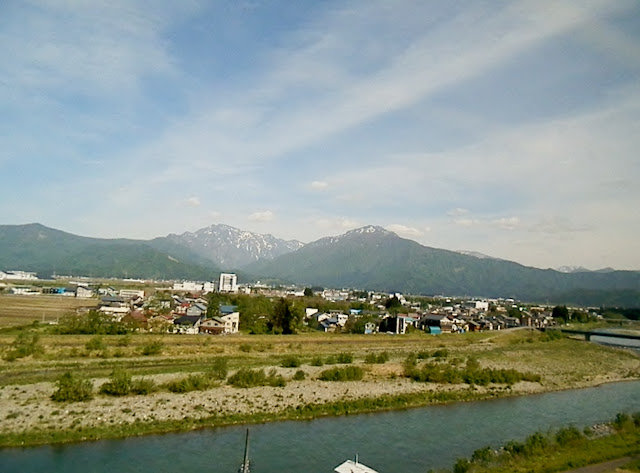 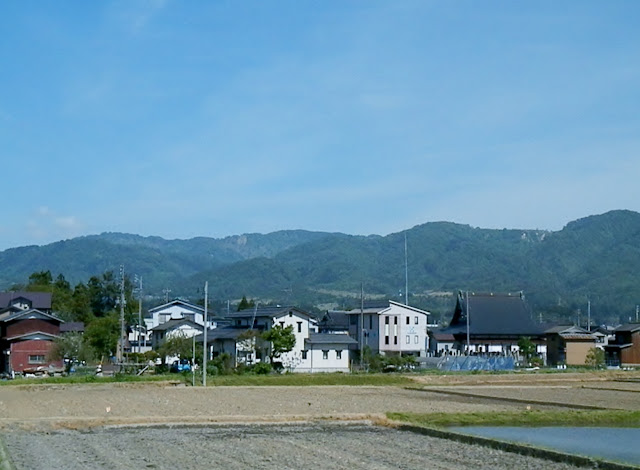 
For Human Beings to be Complete


Christ Jesus said to be complete like your Father in Heaven who is God.

To be complete is to perform something 100% to requirements.  For example, to finish a work in any genre must meet this teaching.  But, believing in God 100% will be complete belief.

You can make efforts that may be measured by quantity of your achievements.  For example you may walk 100 km, 1,000 km, or 10,000 km.  But you cannot see when it will be complete.  But, if you walk in a wrong direction, no matter how much you may walk, it is incomplete.

Christ Jesus also said that we cannot serve both God and Mammon at the same time.  If we serve God 100% in our daily lives, we may be complete.  But if we serve God 50% while enjoying riches, social status, and privileges, it cannot be complete.

To be complete as a human being is to live 100% as God requests us to live.


Luk 5:8 When Simon Peter saw it, he fell down at Jesus' knees, saying, Depart from me; for I am a sinful man, O Lord.
Luk 5:9 For he was astonished, and all that were with him, at the draught of the fishes which they had taken:
Posted by EEreporter at 5/09/2016 12:34:00 AM Links to this post
Email ThisBlogThis!Share to TwitterShare to FacebookShare to Pinterest
Newer Posts Older Posts Home