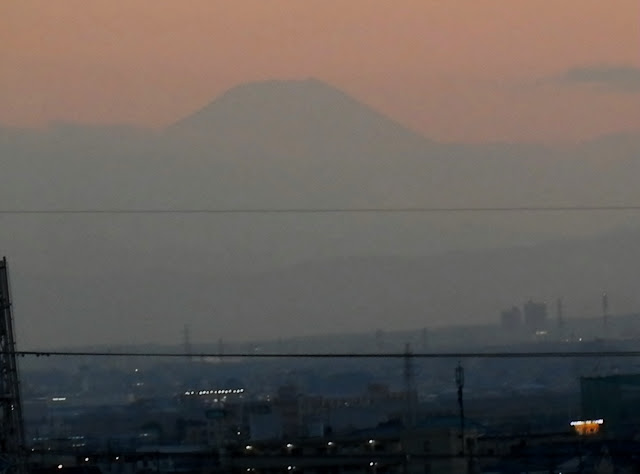 Mt. Fuji from around Tokyo at dusk

In the modern physics, nothing is pre-determined in principle in this material world.

Therefore, it is denied that everything can be predicted if we can get all information of its physical properties and conditions, such as the position, the velocity, and the kinetic momentum, since in principle we cannot get such information.  However, in a macro scale, we can almost tell which side a tossed up coin would show when it falls on the ground if we can get information of physical properties and conditions of the coin and the fingers of a man who tossed it up.

When a man throws a coin, it is physically difficult to explain why the coin suddenly flies in the air.  It is only caused by the movement of the hands of a man who holds the coin.  And no physical force has worked on the man.  His hand moves as he thinks to throw the coin in the air.  So, the physical phenomenon that a coin is flying in the air is caused by the man's thinking.

And from the beginning, how does a man come to decide to pull the trigger of a gun?  Do electronic signals in his brain explain the work of his mind and this decision of firing the gun?

There is widely believed that a man has free will.  By thinking differently, he can change his life.  And, how he thinks on each occasion and at any moment is not pre-determined.

The uncertainty principle of the modern physics essentially makes possible the free will of human beings, ultimately leading to the proof of existence of the spiritual world.

Anyway, when God observes any elemental particles, electrons, or atoms, they will take determined states even according to the uncertainty principle of the modern physics.  In this way, God can work miracles.

In other world, the uncertainty principle supports an idea that a miracle can occur when God, Christ Jesus, or some spirit interferes with elemental particles, atoms, and material in the nature around human beings.

In quantum mechanics, the uncertainty principle, also known asHeisenberg's uncertainty principle, is any of a variety of mathematical inequalities[1] asserting a fundamental limit to the precision with which certain pairs of physical properties of a particle, known ascomplementary variables, such as position x and momentum p, can be known simultaneously.

Some scientists including Arthur Compton[75] and Martin Heisenberg[76] have suggested that the uncertainty principle, or at least the general probabilistic nature of quantum mechanics, could be evidence for the two-stage model of free will. The standard view, however, is that apart from the basic role of quantum mechanics as a foundation for chemistry, nontrivial biological mechanisms requiring quantum mechanics are unlikely, due to the rapid decoherence time of quantum systems at room temperature.
https://en.wikipedia.org/wiki/Uncertainty_principle


Mar 3:5 And when he had looked round about on them with anger, being grieved for the hardness of their hearts, he saith unto the man, Stretch forth thine hand. And he stretched it out: and his hand was restored whole as the other.

Posted by EEreporter at 3/05/2016 11:13:00 PM Links to this post
Email ThisBlogThis!Share to TwitterShare to FacebookShare to Pinterest

"Stand forth" - For Christianity to Become Complete 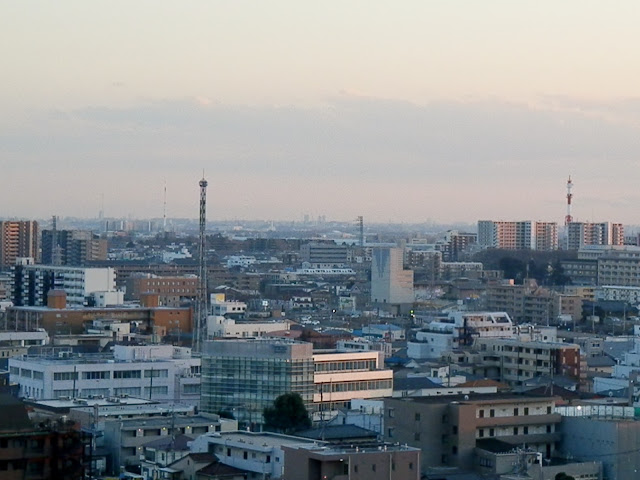 For Christianity to Become Complete


By what can Christianity be measured in terms of its truthfulness?

We may judge it by the attitudes of followers of the religion toward their enemies or Judaists.  Christ Jesus did not accuse Judaists as a whole.  He did not curse them.  Christ Jesus just condemned false Judaists who did not believe in God.

So, followers of Christ Jesus have no reason to attack and oppress Judaists, but actually they have done it all through the long history of Christianity.

While followers of Christianity, the religions that put its base on teaching by Christ Jesus, discriminate against Judaists or attack and oppress them, the religion Christianity itself is not complete, though the Gospels might be holy.

But what about relationship of Christians with Muslims?  Christ Jesus told that after He was ascending to Heaven, God would send a holy spirit or Christ Jesus again to this world.  In this context, Islam could be the holy spirit that Christ Jesus promised.

So, there is a possibility that Islam was given to the mankind to complement Christianity that could not be complete alone since followers of Christianity started to discriminate against Judaists at the time of the emergence of Islam.

Maybe, for Christianity to become complete, it needed Islam.  But, to date there have been no such efforts of Christians as trying to learn lessons from Islam to make Christianity complete.

At least, there is one thing clear that Christians should learn from Islam: Women should hide their hair by wearing hijabs.  Indeed, women living in the Westernized and Christian-culture influenced world have come to look indecent with too much exposure of their bodies in the public.  Only Christian nuns in uniform look decent in this context.  But such temptation is a means for Satan to capture men and make them his slaves.

For Christianity to become complete, its followers should stop discriminating Judaists and lean from Islam.

Mar 3:3 And he saith unto the man which had the withered hand, Stand forth.
Mar 3:4 And he saith unto them, Is it lawful to do good on the sabbath days, or to do evil? to save life, or to kill? But they held their peace.
Posted by EEreporter at 3/04/2016 12:05:00 AM Links to this post
Email ThisBlogThis!Share to TwitterShare to FacebookShare to Pinterest 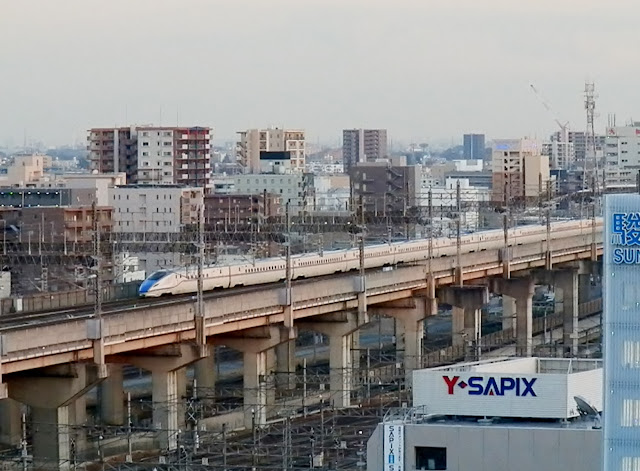 
Christ Jesus said to be kind to foreigners since your ancestors had been once foreigners in foreign countries.

Or it must mean to Judaists that they have to be kind to refugees since they were once refugees.  However, no Judaists in the world today, including Judaists living in the US and Israel, do not welcome Muslim refugees now fleeing Syria, Iraq, Afghanistan, Libya, etc.  That is why this refugee issue is critical to the mankind.

From the beginning, Christianity was created as a kind of derivative of Judaism.  But, as time went by, Christianity prevailed in whole Europe along with religious and political authority of the Vatican expanding.  Emperors and kings in Europe also became Christians.  And the, oppression and persecution of Juadaists began.  It is apparent if the Vatican had not consolidated its power base to influence whole Europe, Judaiats should not have been so badly treated in Europe in these 1500 years.

On the other hand, Islam is also a kind of derivative of Judaism and Christianity.  But Muslims did not oppress or persecute Judaists and Christians, in a way that Christians did to Judaists, only because they are as they are.

Even among Christians in Europe, factional fighting was intensified.  Between Catholics and Protestants and among Protestants, Europeans fought fierce battles.  And, one denomination fled from England to America to become part of founders of America.  Especially their descendants formed Congregational churches that today have some influences on the Democratic Party.

So, Europeans or the Europeans race has strong features that they opt for making distinction clear between their friends and enemies rather than promoting harmony and integration.  In contrast, Buddhists, who have been mostly Asians, have been also separated in many different schools, but fights between different schools only for differences in creeds have been rare.  But, the issue might be deeper than racial characteristics.

Put simply, the ultimate solution to the discrimination of Judaists is total revision of the Gospels.  Now, it is the 21st century, so it must be time to totally revise the Gospels.  But who can be authorized by Christ Jesus to rewrite the Gospels?

And then, after the total renewal of the contents of the Gospels, the new Gospels and the Koran should be integrated.  A unified holy book should be formulated and adopted by Judaists, Christians and Muslims.  Then eventually no Islamic terror will continue to prevail.

And, finally with unification of Buddhist creeds into the unified holy book, the mankind will have the one and only Holy Book.  One religion for one species is very natural and reasonable for complete peace among the species.


Luk 3:2 Annas and Caiaphas being the high priests, the word of God came unto John the son of Zacharias in the wilderness.
Luk 3:3 And he came into all the country about Jordan, preaching the baptism of repentance for the remission of sins;
Posted by EEreporter at 3/02/2016 08:11:00 PM Links to this post
Email ThisBlogThis!Share to TwitterShare to FacebookShare to Pinterest

"named Nicodemus, a ruler of the Jews" - Three Periods of Evolution of Christianity 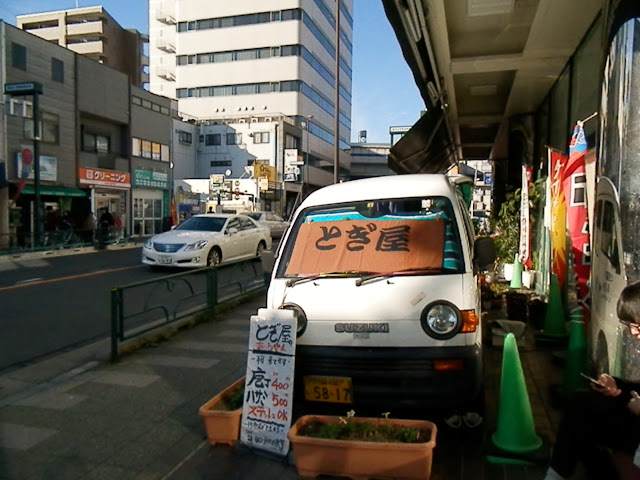 Three Periods of Evolution of Christianity

It was in 1492 that Columbus first reached the New World or part of America.  It means it took about 1000 years since the extinction of the Western Roman Empire that America was found by Europeans or partial descendants of ancient Romans.

For example, the world 1000 years ago from today was just almost century before the start of the Crusades.  So, it is very significant that it took 1000 years for Europeans to turn their eyes from the Mediterranean, where the Roman Empire had hegemony, to the Atlantic Ocean.

As Columbus' adventurous voyage was supported by the Christian royal family of Spain, who had just ousted Judaists from the country at the time, it should be viewed in the context of development of Christianity.  Put simply, Christianity took 1000 years to fully develop in Europe after the fall of the Western Roman Empire.  And then, situations in Europe changed to allow Columbus to venture into the voyage to America across the Atlantic.

It might sound strange but it seems to reasonable to think that one of critical conditions for realization of Columbus' voyage to reach America is maturation of Christianity in Europe.  And it took 1000 years since the collapse of ancient Rome.

Indeed Rome was not built in a day, and Christianity or the Vatican that helped Columbus' adventure, though circumferential, was built in 1000 years.

It also implies that Christianity between AD 1 and 500, that between 500 and 1500, and that between 1500 and 2000 might be critically different.  Or the evolution of Christianity can be divided roughly into these three periods.


Joh 3:1 There was a man of the Pharisees, named Nicodemus, a ruler of the Jews:
Joh 3:2 The same came to Jesus by night, and said unto him, Rabbi, we know that thou art a teacher come from God: for no man can do these miracles that thou doest, except God be with him.
Posted by EEreporter at 3/02/2016 12:44:00 AM Links to this post
Email ThisBlogThis!Share to TwitterShare to FacebookShare to Pinterest 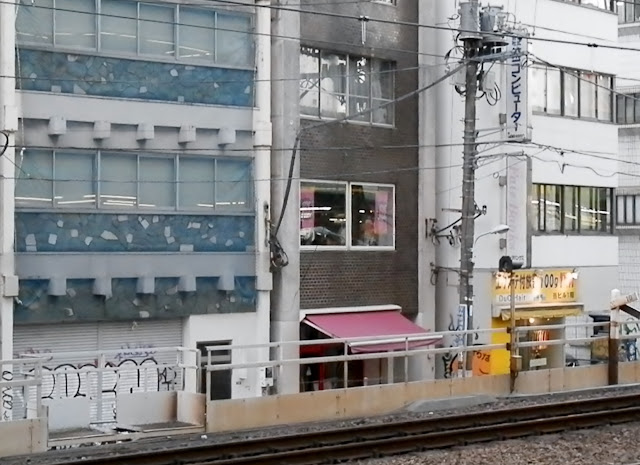 
From the Era of Constantinopolis

In the final stage of the Roman Empire, its capital was moved to Constantinopolis、presently Istanbul, specifically in 330.

Today, many Muslims have been trying to enter Europe through Turkey where Istanbul belongs.  The history sometimes looks like repeating similar events.  Like 1,700 years ago, still the region around Istanbul is a busy place for various tribes and people moving and passing by.

That is why today's great movement of fleeing Muslims might seriously effect Europe, a kind of heir of the Roman Empire.

Luk 2:29 Lord, now lettest thou thy servant depart in peace, according to thy word:
Luk 2:30 For mine eyes have seen thy salvation,
Luk 2:31 Which thou hast prepared before the face of all people;
Luk 2:32 A light to lighten the Gentiles, and the glory of thy people Israel.
Posted by EEreporter at 3/01/2016 12:43:00 AM Links to this post
Email ThisBlogThis!Share to TwitterShare to FacebookShare to Pinterest
Newer Posts Older Posts Home