"he put his hands again upon his eyes" - Abraham, originally Sumerian but not Semitic 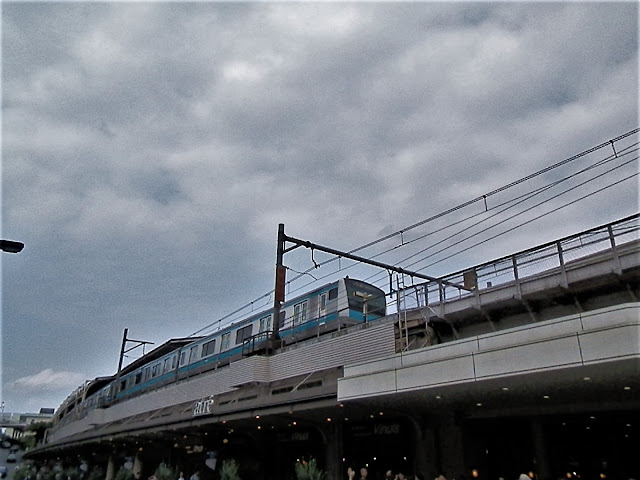 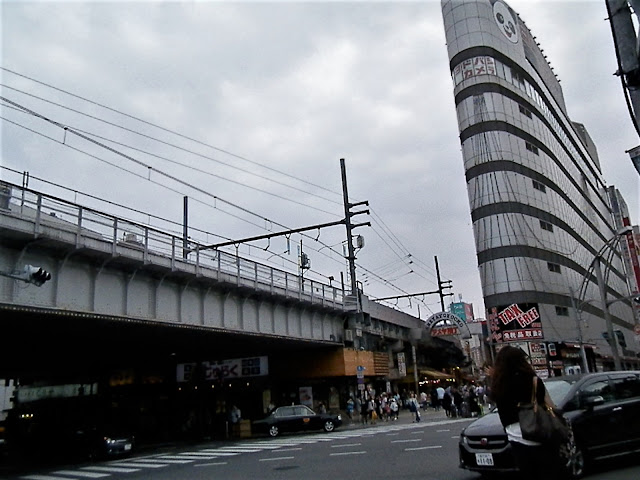 
Abraham, originally Sumerian but not Semitic

Abraham and his father Terah left Ur under control of Sumerians around 2000 BC when the Sumerian Kingdom was about to collapse.

It is as if the clan of Abraham had decided to flee from the falling kingdom of Sumerians.  After the Sumerian dominance, a Semitic tribe,  Akkad, occupied Mesopotamia.  And then, Babylonia was established with its capital in Babylon around 1900 BC.


c. 2047–1940 BC (short chronology)
Later, the 3rd dynasty of Ur under Ur-Nammu and Shulgi, whose power extended as far as southern Assyria, was the last great "Sumerian renaissance", but already the region was becoming more Semitic than Sumerian, with the resurgence of the Akkadian speaking Semites in Assyria and elsewhere, and the influx of waves of Semitic Martu (Amorites) who were to found several competing local powers in the south, including Isin, Larsa, Eshnunna and some time later Babylonia. The last of these eventually came to briefly dominate the south of Mesopotamia as the Babylonian Empire, just as the Old Assyrian Empire had already done so in the north from the late 21st century BC. The Sumerian language continued as a sacerdotal language taught in schools in Babylonia and Assyria, much as Latin was used in the Medieval period, for as long as cuneiform was utilized.      https://en.wikipedia.org/wiki/Sumer

But this city Babylon was not respected by descendants of Abraham:


Babylonia, and particularly its capital city Babylon, has long held a place in the Abrahamic religions as a symbol of excess and dissolute power. Many references are made to Babylon in the Bible, both literally (historical) and allegorically. The mentions in the Tanakh tend to be historical or prophetic, while New Testament apocalyptic references to the Whore of Babylon are more likely figurative, or cryptic references possibly to pagan Rome, or some other archetype. The legendary Hanging Gardens of Babylon and the Tower of Babel are seen as symbols of luxurious and arrogant power respectively.
https://en.wikipedia.org/wiki/Babylonia#First_Babylonian_Dynasty_.E2.80.93_Amorite_Dynasty_1894.E2.80.931595_BC


If Abraham and his clan had continued to stay around Ur after power shifted from Sumerians to Semitic Akkadians and Babylonians, they must have respected Babylon.


Mar 8:25 After that he put his hands again upon his eyes, and made him look up: and he was restored, and saw every man clearly.
Mar 8:26 And he sent him away to his house, saying, Neither go into the town, nor tell it to any in the town.

Posted by EEreporter at 8/25/2017 11:49:00 PM
Email ThisBlogThis!Share to TwitterShare to FacebookShare to Pinterest

"Master, master, we perish" - Suspicion of Sincerity and Passion of the Vatican 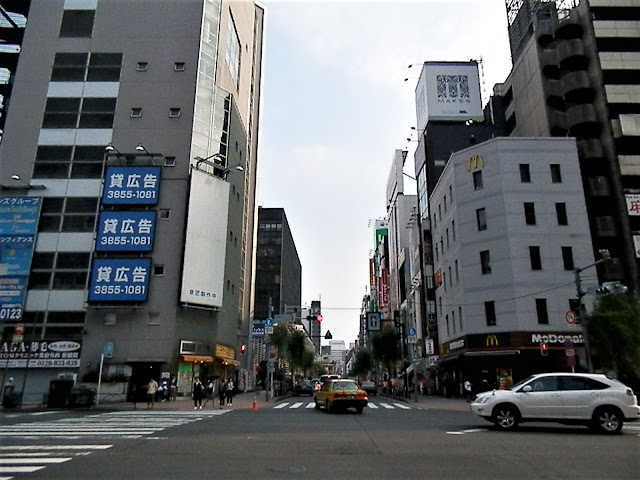 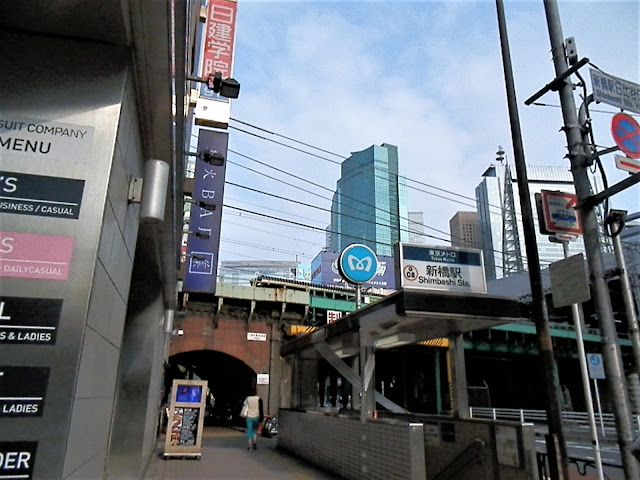 
Suspicion of Sincerity and Passion of the Vatican

It is strange that the Vatican does not have original documents of the Gospels, the letters written by Paul, etc.

The Vatican or the early Christian church in Rome was attacked severely sometimes by the Roman authority before the Roman Empire adopted Christianity as its state religion.  But original documents  or early copies of them must have been able to be hidden and preserved by leaders or members of the church.


The Codex Vaticanus (The Vatican, Bibl. Vat., Vat. gr. 1209; no. B or 03 Gregory-Aland, δ 1 von Soden) is one of the oldest extant manuscripts of the Greek Bible (Old and New Testament), one of the four great uncial codices.[1] The Codex is named after its place of conservation in the Vatican Library, where it has been kept since at least the 15th century.[2] It is written on 759 leaves of vellum in uncial letters and has been dated palaeographically to the 4th century.

The manuscript became known to Western scholars as a result of correspondence between Erasmus and the prefects of the Vatican Library. Portions of the codex were collated by several scholars, but numerous errors were made during this process. The Codex's relationship to the Latin Vulgate was unclear and scholars were initially unaware of the Codex's value.[5] This changed in the 19th century when transcriptions of the full codex were completed.[1] It was at that point that scholars realised the text differed significantly from the Textus Receptus.

Most current scholars consider the Codex Vaticanus to be one of the best Greek texts of the New Testament,[3] with the Codex Sinaiticus as its only competitor. Until the discovery by Tischendorf of the Sinaiticus text, the Codex was unrivaled.[7] It was extensively used by Westcott and Hort in their edition of The New Testament in the Original Greek in 1881.[3] The most widely sold editions of the Greek New Testament are largely based on the text of the Codex Vaticanus.
https://en.wikipedia.org/wiki/Codex_Vaticanus

Generally speaking, the Gospels tell who Christ Jesus was and what He did.  But the Vatican established its foundation by preaching teaching of God or God Himself in addition to its thrology, although they eventually regarded Christ Jesus as God.  And, the Vatican did not encourage people to read the Gospels.  Only church leaders and elites of the society in the Roman Empire and the post-Roman Europe could read and write, so that most of European Christians before the invention of the printing technology by Gutenberg and translation of Greek or Latin Gospels into local European languages by Martin Luther, etc. since around 1500 did not even read the Bible.

The Vatican does not have original Gospels or copies of them made in the 1st, 2nd, or 3rd century, and it did not encourage people to read the Gospels through the Middle Ages.  Put extremely, it raises the suspicion of authenticity, sincerity and passion of the Vatican to propagate Christianity in these 2000 years.


Luk 8:24 And they came to him, and awoke him, saying, Master, master, we perish. Then he arose, and rebuked the wind and the raging of the water: and they ceased, and there was a calm.
Luk 8:25 And he said unto them, Where is your faith? And they being afraid wondered, saying one to another, What manner of man is this! for he commandeth even the winds and water, and they obey him.
Posted by EEreporter at 8/25/2017 12:05:00 AM
Email ThisBlogThis!Share to TwitterShare to FacebookShare to Pinterest

"I am not of this world" - Why God Chose Abraham 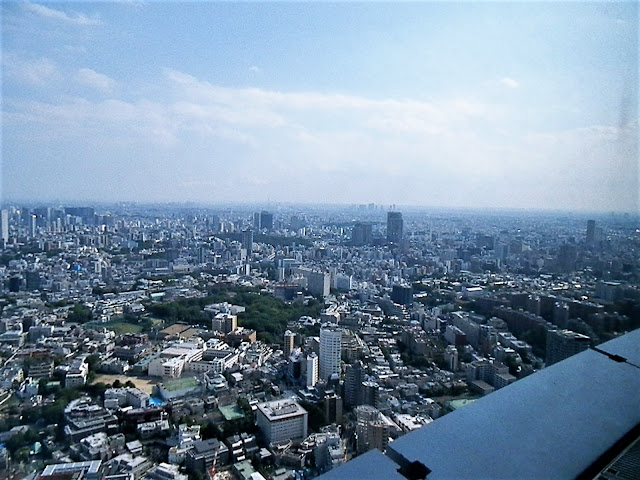 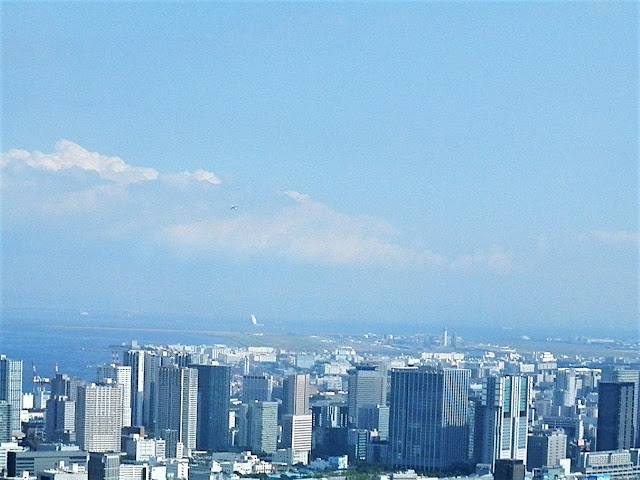 There is causal relation in anything, including the establishment of Judaism, Christianity, and Islam.

From the beginning why did God choose Hebrews or the clan led by Abraham as His own people?  This is a very important and crucial question for the mankind or at least billions of Judaists, Christians, and Muslims of today.

The most impressive episode between God and Abraham is that God told Abraham to sacrifice his son as a proof of his obedience to God.

Gen 22:1 And it came to pass after these things, that God did tempt Abraham, and said unto him, Abraham: and he said, Behold, here I am.
Gen 22:2 And he said, Take now thy son, thine only son Isaac, whom thou lovest, and get thee into the land of Moriah; and offer him there for a burnt offering upon one of the mountains which I will tell thee of.
Gen 22:3 And Abraham rose up early in the morning, and saddled his ass, and took two of his young men with him, and Isaac his son, and clave the wood for the burnt offering, and rose up, and went unto the place of which God had told him.

As Abraham completely obeyed the order of God, God stopped Abraham to offer his son Isaac.  Abraham then offered a ram for a burnt offering to God.

This kind of offering of human beings to god was widely observed in the ancient world, including ancient Egypt and Greek and other regions around the Mediterranean.  So, it may be natural for Hebrews also practiced this kind of human offering.  But was that so decisive that Abraham faithfully obeyed the order of God to offer his son?

This must be one of the major reasons why God chose Abraham around 2000 BC.  When kings on this world became so selfish, dishonest, coward, and cruel to subjects and slaves to secure their royal families, only Abraham showed the extreme faith in God.  His extreme faith became the origin of Judaism, Christianity, and Islam.

Put simply, God tested many kings and heads of clans in the ancient world.  And Abraham was the only one who passed the test.  The above episode symbolized how Abraham passed the test.


Joh 8:23 And he said unto them, Ye are from beneath; I am from above: ye are of this world; I am not of this world.
Posted by EEreporter at 8/23/2017 09:56:00 PM
Email ThisBlogThis!Share to TwitterShare to FacebookShare to Pinterest

"And he cometh to Bethsaida" - Miracle stories in the Gospels 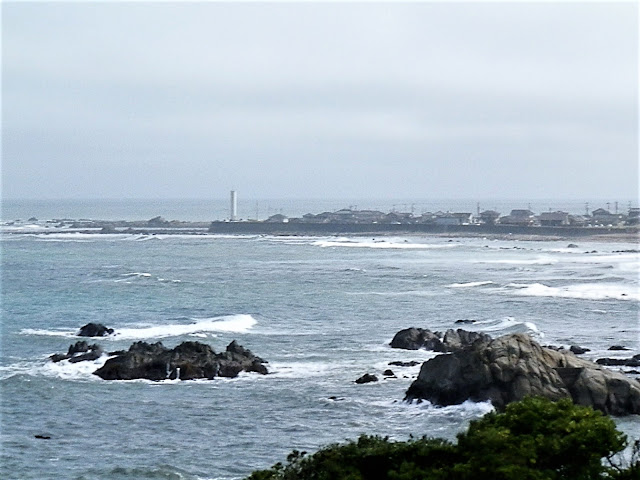 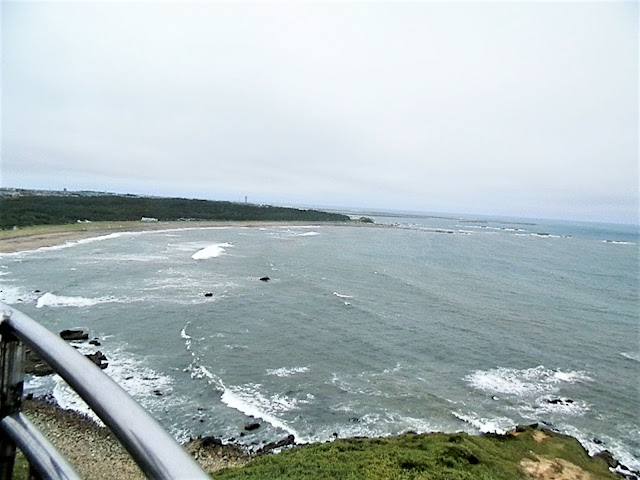 Miracle stories in the Gospels

There is a question on whether a blind man who has never seen a man and a tree would tell that a man looks like a tree when he is given the ability to see for the first time in his life.


Mar 8:22 And he cometh to Bethsaida; and they bring a blind man unto him, and besought him to touch him.
Mar 8:23 And he took the blind man by the hand, and led him out of the town; and when he had spit on his eyes, and put his hands upon him, he asked him if he saw ought.
Mar 8:24 And he looked up, and said, I see men as trees, walking.
Posted by EEreporter at 8/22/2017 11:36:00 AM
Email ThisBlogThis!Share to TwitterShare to FacebookShare to Pinterest 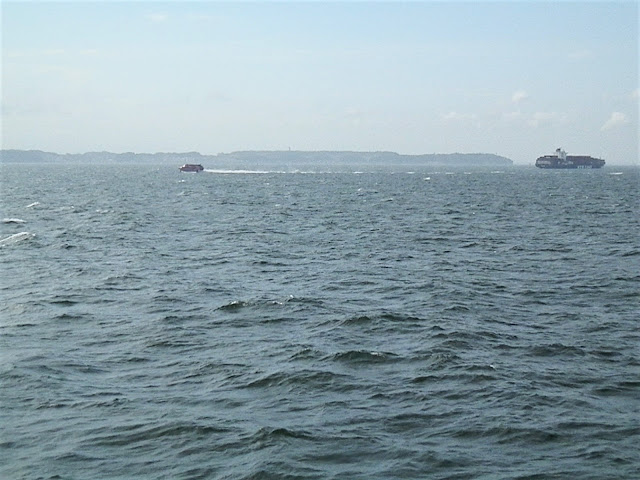 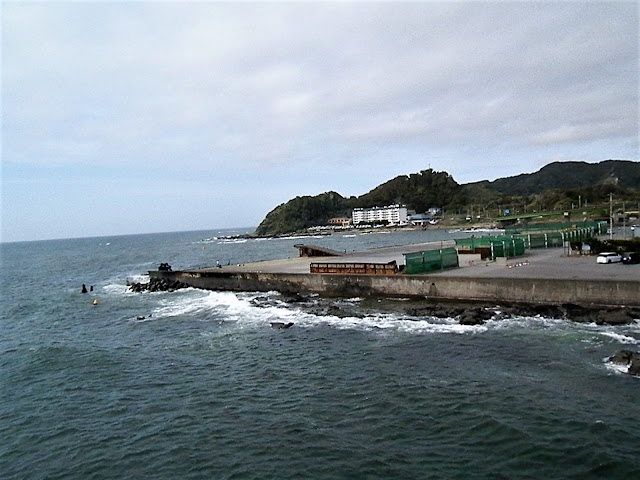 Why Islam was Given to the Mankind

There is causal relation in anything, including the establishment of Judaism, Christianity, and Islam.

Before Muhammad was given words of God, he encountered Judaists and Christians in his home town and in his travelling for trade as far as Syria.  Even the words God gave to Muhammad included many references to Judaism and Christianity.  So, just to make Muhammad more pious and faithful to God, God could have told Muhammad to follow Judaism or Christianity with more enthusiasm.  But, God gave Muhammad a new religion Islam.

Till about 600 when Muhammad started his mission, Christianity had prevailed in the Roman Empire to become the state religion of the Empire and it had survived the era of turmoil after the fall of the Empire and the Great Barbarian Invasion.  Rather, the Vatican had further consolidated its organizational system and fixed theology though these centuries.

In this process of development of the Vatican, it expelled some schools of Christianity as heresy while acquiring its own territory and strengthening a tie with the Merovingian dynasty that established its power base in territories covering today's France and Germany.  There must be something that made God get dissatisfied in these movements of the Vatican.

The Vatican did not allow existence of various schools of the Christian theology, while adhering to the theory that Christ Jesus was God.  The Vatican showed desire to govern its own territory and strengthen its political tie with worldly kingdoms.  These movements were against the original teaching of Christ Jesus.  And, even for this reason, it is thought that the Roman Empire collapsed while it adopted Christianity as its state religion.

Put simply, it became clear that Christianity failed around 600, so that God gave words to Muhammad who then established a new religion Islam.

However, although 1400 years have passed since the start of Islam, God has not given another religion to the mankind.  It might mean that God is satisfied with Islam, or at least satisfied with Muslims more than with Judaists and Christians.

Anyway, there must be reasons that God gave Judaism, Christianity, and Islam to the mankind and will not give another religion any more.  This is the most significant issue for the mankind in these 4000 years since God chose Abraham.

Mat 8:20 And Jesus saith unto him, The foxes have holes, and the birds of the air have nests; but the Son of man hath not where to lay his head.