"if any man did confess that he was Christ" - Civilization 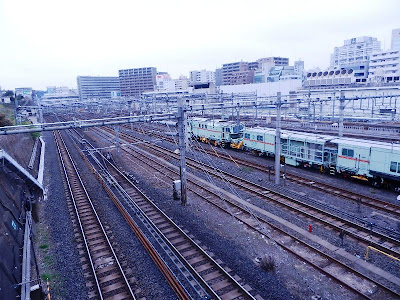 You might think of the Great Pyramids in Giza, but Christ Jesus never mentioned the Pyramids.

Or you might think of City Rome which Christ Jesus never mentioned, either.

Christ Jesus did not even praise Athens, though Greek was the common language among the elites in the era of Christ Jesus.

Civilization is based on great production of agricultural products that allowed for stable maintenance of a community.  The community grows with an increase of population.  And then it will need law and order.  And what can be authority for governance of the society with law and order is a religion.  And this religion should be moralistic.  In this context Judaism could be the core of civilization.

As the Greek/Roman Civilization got a new moralistic core, Christianity, it has survived into the 21st century.

So, for any emerging countries, including China and India, it is critical how they will face Christianity.  For example, the reason why Muslims cannot well adapt to the modern material civilization lies in this issue of religion.  For Muslims to be materially successful, they have to accept the modern European Civilization which was an extension of the Greek/Roman Civilization with Judaism and Christianity embeded there.

As for Japan, Japanese understanding of Judaism and Christianity is deep enough to master the European Civilization, though 99% of the Japanese people are not Christians.

But, what should be more concerned about is how well Chinese could understand Christianity.  If they cannot get over this hurdle, China could be the second Nazi Germany in the worst case.   That is a nation with great industry but with a very wrong basis for its civilization.


Joh 9:22 These words spake his parents, because they feared the Jews: for the Jews had agreed already, that if any man did confess that he was Christ, he should be put out of the synagogue.

Posted by EEreporter at 9/22/2012 03:24:00 PM
Email ThisBlogThis!Share to TwitterShare to FacebookShare to Pinterest

"And he asked his father, How long is it ago" - President Mr. Obama 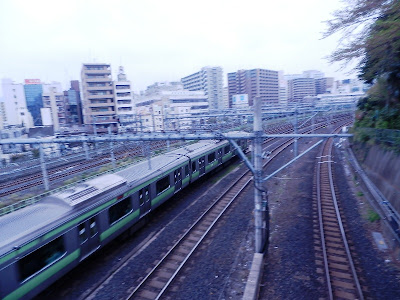 Some commonsense tells that something is yet to be uncovered about Mr. Obama.

RUSH: This is not a trick question. Why do you think there's somebody, whoever it is, behind Obama?

CALLER: Because I don't think he's good enough to have done all of this all on his own.

RUSH: You mean at age 47 and as a community organizer, you're not really prepped to be president?

CALLER: You betcha. Yes, I do.

RUSH: And after a hundred days working in the Senate, you're not qualified enough to be president?

CALLER: No absolutely not.

RUSH: So you think that somebody picked Obama because they knew that the combination of things Obama is -- his race, his eloquence, his ability to read the teleprompter -- would sort of make him immune from any criticism, that nobody will have the guts to be critical of Obama?

CALLER: I think so. I think he's been primed for a lot longer than most of us ever even imagine. Now, I may sound a little crazy, and maybe I'm a little bit of a conspiracy kook.

http://www.rushlimbaugh.com/daily/2009/04/27/who_s_really_running_obama
Some people think that Mr. Soros is behind Mr. Obama.

George Soros, a billionaire hedge- fund manager who has donated millions to Democrats, said Democratic President Barack Obama “has lost control of the agenda” on the U.S. economy, leaving it “now in the hands of the Republican Party.”
Soros is a major donor to the Democratic Party. He gave $2.5 million to an independent political group established by John Podesta, now an Obama adviser, in 2008 and contributed $50,000, the maximum allowed, for Obama’s 2009 inaugural celebrations. For the 2004 campaign against Republican President George W. Bush, Soros contributed $27 million to Democrats, according to Congressional Quarterly’s Moneyline....

Soros also discussed the Middle East and praised Obama’s handing of the revolt in Egypt that led to the ousting of Egyptian autocrat Hosni Mubarak.

Soros predicted that Iran’s ruling regime also will topple within the year, though warned the situation there could become “very ugly” before this happens.

http://www.bloomberg.com/news/2011-02-18/soros-says-obama-has-lost-control-of-the-agenda-.html
But, Mr. Soros was not in Chicago.

Throughout his political career, President Barack Obama has frequently referred to his years as a community organizer on the South Side of Chicago. During this time, as a means of achieving social justice, he learned how to develop leadership potential and respond to the needs of the people. The organization in which he got his start, the Gamaliel Foundation, is a faith-based group that helps create grassroots change around jobs, housing, health care and other issues. I talked to Gamaliel's President, Ann Smith, about President Obama back when he was just starting out, and the impact he's had on a new generation of young organizers.

CYNTHIA: You must have so many stories about President Obama, from back when he started community organizing. Can you share some?

ANN SMITH: Greg Galluzzo [Gamaliel Foundation co-founder and executive director] always says that when he met Barack, he never thought of him as having the potential to become President. When Barack went off to Harvard Law and came back to get people registered to vote, he led a training event for us. After he finished training, someone in the audience said to Greg, "You know, I think he's going to be the President of the United States one day." When he was an organizer, he was extremely disciplined and wrote wonderful weekly reports for all of the three-plus years he was there. Of course, at some point Greg threw them all away. (laughs) There's not a single one left. But at the time, people didn't see him for what he was going to be. They just saw him as being extremely intelligent and someone who could take advantage of opportunities, which he did.

And, finally we have to check Rockefeller, a friend of Mr. Clinton.

Michael Powell of the New York Times wrote a delicious pool report--with his ruminations about the role of wealth in our society--covering high-dollar fund-raisers headlined by presumptive Democratic nominee Sen. Barack Obama (D-Ill.) on Tuesday night, with one in the elegant "chateau" of Sen. Jay Rockefeller (D-WVa.)

Rockefeller is married to Sharon Percy, the daughter of former Sen. Charles Percy (R-Ill.), whose career in the Senate ended when he was defeated by Democrat Paul Simon. Simon hired one David Axelrod away from his job as a Chicago Tribune political writer, launching Axelrod on his political career when he joined the Simon campaign.


Mar 9:20 And they brought him unto him: and when he saw him, straightway the spirit tare him; and he fell on the ground, and wallowed foaming.
Mar 9:21 And he asked his father, How long is it ago since this came unto him? And he said, Of a child.
Mar 9:22 And ofttimes it hath cast him into the fire, and into the waters, to destroy him: but if thou canst do any thing, have compassion on us, and help us.
Mar 9:23 Jesus said unto him, If thou canst believe, all things are possible to him that believeth.
Mar 9:24 And straightway the father of the child cried out, and said with tears, Lord, I believe; help thou mine unbelief.
Mar 9:25 When Jesus saw that the people came running together, he rebuked the foul spirit, saying unto him, Thou dumb and deaf spirit, I charge thee, come out of him, and enter no more into him.
Posted by EEreporter at 9/21/2012 02:30:00 PM
Email ThisBlogThis!Share to TwitterShare to FacebookShare to Pinterest 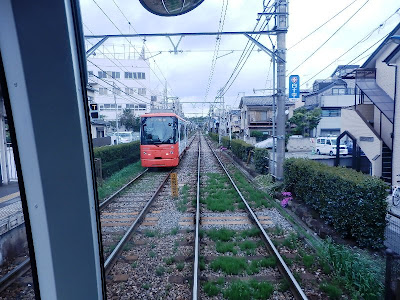 
Relatives of the Last Emperor in the US

A Japanese woman was born in the US in 1917, so that she was given US citizenship.

But as her Japanese father committed a suicide, she returned to Japan with her mother and other family before WWII.

Then in Tokyo she met a grandson of the prime minister of Manchuko.


Manchukuo was a puppet state in Manchuria and eastern Inner Mongolia, governed under a form of constitutional monarchy. The region was the historical homeland of the Manchus, who founded the Qing Empire in China. In 1931, the region was seized by Japan following the Mukden Incident and in 1932, a sympathetic government was established, with Puyi, the last Qing emperor, installed as the nominal regent and emperor.[1] Manchukuo's government was abolished in 1945 after the defeat of Imperial Japan at the end of World War II.
http://en.wikipedia.org/wiki/Manchukuo

When the Empire of Japan surrendered to the US and pulled out all the Imperial troops from China, Manchurian, and the Korean Peninsula, the great civil war was set off in China between communists led by Mao Tse-tung and nationalists led by Chiang Kaishek.

With this turmoil further going on, the Japanese woman who had moved to Beijing with her husband and daughter felt danger on herself who was Manchu (Chinese), Japanese, and also American.   Her husband and his relatives lost power they had enjoyed in Manchukuo as the Chinese Communist Party occupied the region north of Beijing.

In addition, all the Americans who came to live in Beijing and other part of China after the surrender of the Empire of Japan decided to leave China as the Chinese Nationalist Party the US supported militarily was losing the civil war.  So, the Japanese woman with the US citizenship decided to leave Beijing for Japan with other Americans to avoid capture by Chinese communists.

When Mao Tse-tund declared the foundation of the People's Republic of China in Beijing, there were almost no Americans in China, including the Japanese American woman.

In Japan she decided to divorce, since there was no perspective of the situation in China changing for her benefit.  And, as she started to work in the General Headquarters of allied forces led by US General MacArthur in Tokyo, she met an American officer to marry him.

Then, she and her husband went back to the US; the American Occupation of Japan also ended.

Decades later, she found that her daughter having been left in China wanted to see her.  It was the era of President Nixon, and the relationship between the US and China was getting improved over the Cold War.

So, she made the best effort to call to the US her daughter and her husband with their daughter.  But it was help from her brother working in New Jersey that actually found the way to take her daughter out of communist China through Hong Kong.  It was also advantageous for them that then Chinese Premier Chou En-lai had promoted a special diplomatic measure to keep useful Chinese in society of Western countries, such as the US.

So, in the US since the era of President Nixon, some relatives of the Last Emperor of China have been living, though they are actually Japanese or half Japanese.

Act 9:20 And straightway he preached Christ in the synagogues, that he is the Son of God.
Posted by EEreporter at 9/20/2012 12:14:00 PM
Email ThisBlogThis!Share to TwitterShare to FacebookShare to Pinterest
Newer Posts Older Posts Home