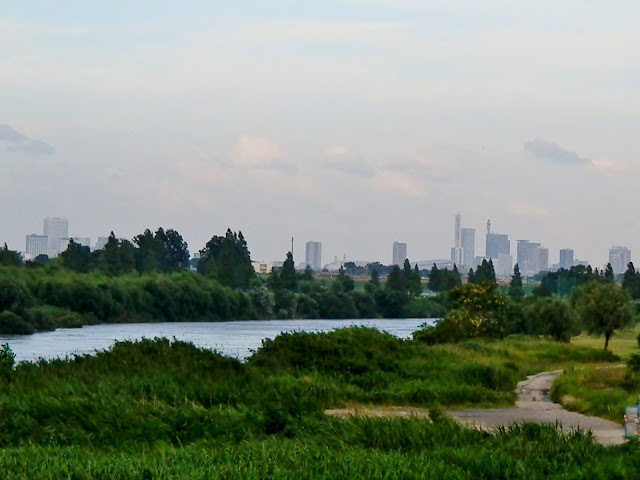 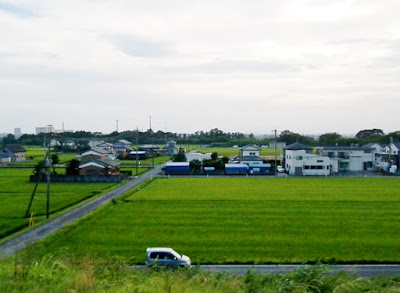 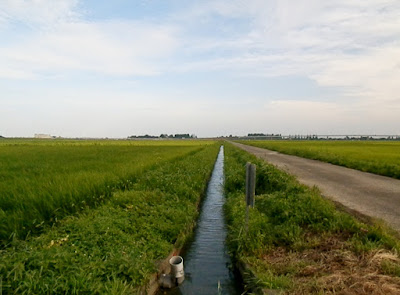 Live for God but not for Yourself

The basic principle is that this universe was created by God for Himself but not for mankind.

But God also created human beings for Himself.  Therefore, men should make full efforts to satisfy God but not themselves.

So, a big question remains: why did God have to create the universe and human beings for Himself?  The clue to this question can be only found in the holy books and especially in the words of Christ Jesus.

Christ Jesus said to accumulate wealth in Heaven but not in this world where wealth gets rotten.  Therefore, we may suppose that God created the universe and human beings to increase wealth in Heaven.  When a man lives a righteous life and does good deeds, helping the poor and saving the weak, his wealth should be created in Heaven.  Angels in Heaven should be glad to see such wealth increasing.

But if a man does not contribute to increasing wealth in Heaven while making himself rich in this world, he should be surely condemned and thrown into the hell.  Accordingly, we can simply understand that rich men are bad and evil and poor men are blessed no matter how difficult their lives are in this material world.

Poor men are destined for Heaven.  But if rich and evil men become so influential and powerful, making poor people suffer gravely, it is natural that God should interfere with the human world.  That is why Christ Jesus appeared in this world 2000 years ago.  However, as God is almighty, He must have known from the beginning that mankind would fail unless God interferes.  So, Christ Jesus came to this world at the right time and would come again at the very right time.  And, watching the global situations, we had better think that Christ Jesus has already come to the human world again.

Indeed, today only a very few people think that they have to live for God since God is the Creator of all that exists.


Posted by EEreporter at 7/17/2015 10:22:00 PM Links to this post
Email ThisBlogThis!Share to TwitterShare to FacebookShare to Pinterest 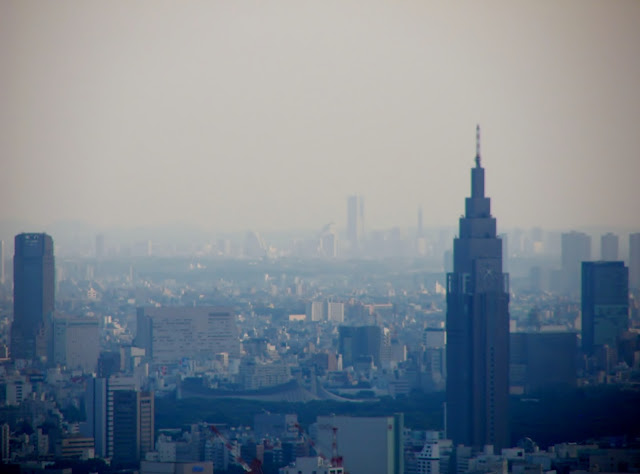 The Vatican and the Emperor of Japan


The Emperor of Showa instructed Prime Minister Tojo to send an envoy to the Vatican a few months after the Pearl Harbor Attack.

The Emperor himself was involved in choosing the minister plenipotentiary to be sent to the Vatican.  Though it is not considered today that the Vatican played any key role in the diplomacy of the Empire of Japan during WWII, it is very interesting that the Emperor took a rare initiative in Japan's diplomacy in sending the envoy to the Vatican when the Imperial Government had an optimistic view about the prospect of the then on-going war against the US and the UK after the Pearl Harbor Attack of December 1941.

After WWII, the Emperor of Japan recalled why he had tried to strengthen the relationship with the Vatican after the Pearl Harbor Attack.  According to the Emperor, the major reasons were: gather information related to international situations through the Vatican, study a possibility of using a big influence the Vatican had on the world, and prepare for the time to end the war where a tie with the Vatican would be useful.

However, the Emperor of Showa admitted that he had not been able to find a suitable diplomat or a politician who could effectively work on the Vatican, since the war had already started.  And, he also stated that the bad relationship between Hitler and the Vatican had some adverse effect on his plan to make the Vatican more friendly to the Empire.

Nonetheless, it is very interesting that after WWII the Emperor of Showa dared to mention his view on the Vatican.  It showed that the Emperor viewed the world rather pragmatically.  With reference to other information sources, it seems that in Emperor's view the Empire had at the time only two cards diplomatically, that is, the Vatican and the Soviet Union, since the Empire got into the state of belligerence with the US, the UK, etc.

It also represented a common view among learnt Japanese around WWII.  The world was virtually ruled by the Western Powers, and at the core of Europe the Vatican had an implicit influence.  And not only European countries but also Christian countries in Asia, Africa, and Americas would listen to the Vatican.  So, it is better for Japan to keep good relationship with the Vatican.  And, basically, these conditions have not changed to the present day.

But, how has the Vatican viewed Japan in these centuries?

Apparently, the Vatican failed in its mission to Japan since the 16th century.  From the middle 17th century to the middle of the 19th century Japan led by a samurai regime closed the nation to prevent influx of Catholicism.  Even after Japan opened the door and assured freedom of religion to its people after the Meiji Restoration of 1868, there has been no wide diffusion of Catholicism in Japan.  Today, Catholics account for less than 0.4% among the Japanese population. 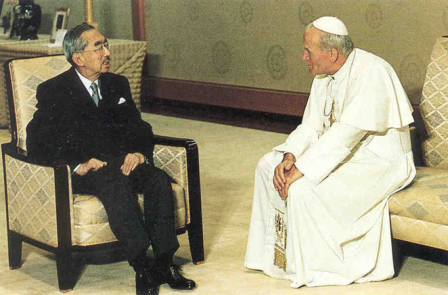 Act 7:13 And at the second time Joseph was made known to his brethren; and Joseph's kindred was made known unto Pharaoh.
Act 7:14 Then sent Joseph, and called his father Jacob to him, and all his kindred, threescore and fifteen souls.
Act 7:15 So Jacob went down into Egypt, and died, he, and our fathers,
Posted by EEreporter at 7/14/2015 11:53:00 PM Links to this post
Email ThisBlogThis!Share to TwitterShare to FacebookShare to Pinterest

"he hardened Pharaoh's heart" - When Emperor Has a Nightmare 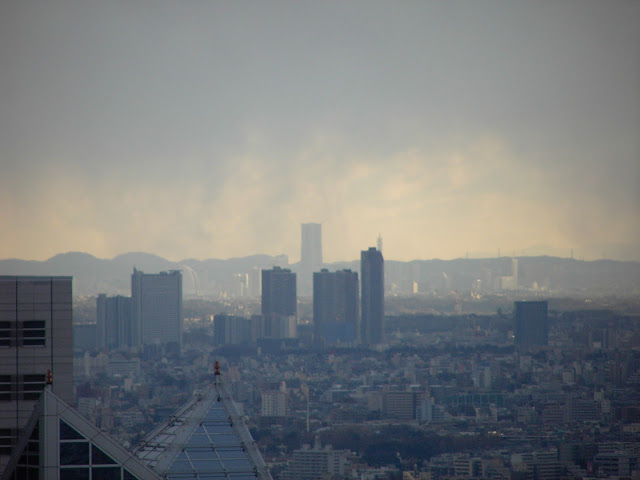 When Emperor Has a Nightmare

Prince Chichibu once wrote that when they were small children they had talked about nightmares.  One of them told that when one had a nightmare he would often place his hands on the chest.  But why?

Some of them said that it would be opposite.  As one put his hands on the chest, he had a nightmare.  But the eldest brother, namely the future emperor of Japan, expressed his opinion rather thoughtfully: "The reason why one often places his hands on the chest when he has a terrible dream is that he wants to protect his heart from a danger he feels in the dream."

The Emperor of Showa, who led the Empire of Japan between 1926 and 1945 and democratic Japan between 1945 and 1989, was a very thoughtful person.  Truly, there have been almost no reports or gossips suggesting his foolishness or laughable mistakes, though the media had not been allowed to freely report imperial house matters before the end of WWII.

The most difficult decision Emeoper of Showa had ever made seems to have been related to his status after the defeat of the Empire of Japan in WWII.  Though he was not brought into the Tokyo Tribunal of War Criminals after WWII and not blamed officially for the war, there were strong voices in the US, the UK, the Netherlands, Australia, China, the Soviet Union, etc. for punishing the Emperor of Japan for damage and atrocity the Imperial military had inflicted on peoples around the Pacific Ocean and China.

The great economic success of Japan after WWII might be attributed to its stable states politically and culturally all through 1950s, 1960s, 1970s, and 1980s.  And, the Emperor of Showa must be one of the largest factors of it.  The first half of his reigning period called Showa was full of wars, but the latter half was full of peace and prosperity for the Japanese people. 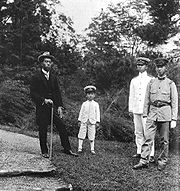 Emperor Showa, as Prince Michinomiya, and his younger brothers in 1921
https://en.wikipedia.org/wiki/Hirohito

Exo 7:11 Then Pharaoh also called the wise men and the sorcerers: now the magicians of Egypt, they also did in like manner with their enchantments.
Exo 7:12 For they cast down every man his rod, and they became serpents: but Aaron's rod swallowed up their rods.
Exo 7:13 And he hardened Pharaoh's heart, that he hearkened not unto them; as the LORD had said.
Posted by EEreporter at 7/13/2015 10:38:00 PM Links to this post
Email ThisBlogThis!Share to TwitterShare to FacebookShare to Pinterest
Newer Posts Older Posts Home