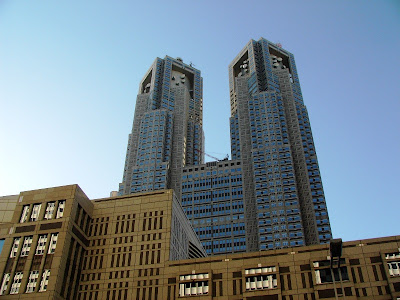 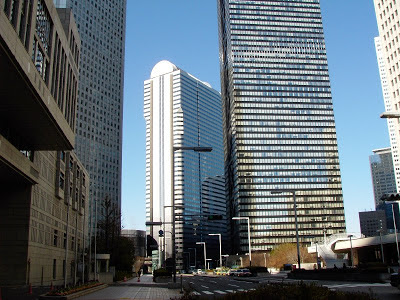 It means that He could find 12 pious persons.

But if you look around, you would know that it is very difficult to find 12 pious persons on the street.

Or can you name 12 persons who can be recognized as pious by everybody in the world?

Anyway, if there had not been 12 persons who would rather believe in Christ Jesus, there would not have been the religion Christianity.

And, if you met Christ Jesus today or tomorrow, would you rather follow Him?

Indeed it was called to capture people in the Gospel.  While Christ Jesus was God, He had to go and capture souls but not ordered people to follow Him as He is their Lord.

"Come and follow me" can be said by any old frauds, but it was also the word Christ Jesus used.

Truly He acted like a man in Palestine 2000 years ago to start a religion for mankind.   And He led 12 men like a leader of a religious band.  This image must be the Gospel itself.

Luk 2:21 And when eight days were accomplished for the circumcising of the child, his name was called JESUS, which was so named of the angel before he was conceived in the womb.
Luk 2:22 And when the days of her purification according to the law of Moses were accomplished, they brought him to Jerusalem, to present him to the Lord;
Luk 2:23 (As it is written in the law of the LORD, Every male that openeth the womb shall be called holy to the Lord;)
Luk 2:24 And to offer a sacrifice according to that which is said in the law of the Lord, A pair of turtledoves, or two young pigeons.
Luk 2:25 And, behold, there was a man in Jerusalem, whose name was Simeon; and the same man was just and devout, waiting for the consolation of Israel: and the Holy Ghost was upon him.
Luk 2:26 And it was revealed unto him by the Holy Ghost, that he should not see death, before he had seen the Lord's Christ.

Posted by EEreporter at 2/23/2013 01:13:00 AM Links to this post
Email ThisBlogThis!Share to TwitterShare to FacebookShare to Pinterest

"being warned of God in a dream" - Sheep and Wolves 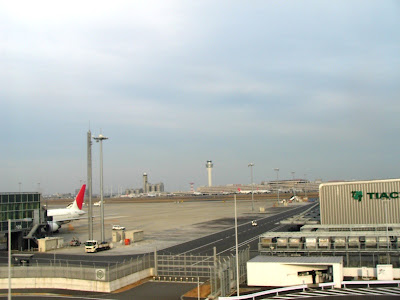 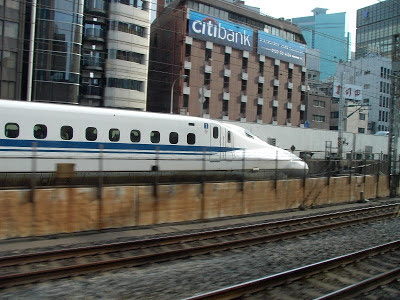 Too many people die every day in the world in a tragic manner.

But every living man concentrates on his desire without minding the dead.

It is simple.  You cannot change fates of others as with yours.  So, you have to just see off those unhappy guys being killed in terror, accidents, crimes, and so on.  Be wise and try to get money.

But it is against teaching of the God.

Christ Jesus said to save others like you try to save yourself.

So,  every living man must concentrate on unhappiness of others without adhering to his own happiness.

However, Christ Jesus also said that you are a sheep while other are wolves.  So, a sheep must try to save wolves.  This is impossible.  You may think so.  If a happy sheep tries to help unhappy wolves, it will be surely killed.  But by doing so, you may turn an unhappy wolf to a happy sheep.  Then Angels in Heaven should be glad.

And finally the God will send Army of Heaven to this world or the spiritual sphere connected to this world to wipe out all the wolves remaining as they are to the hell, whether these wolves are happy or unhappy.

All the sheep will be rewarded in Heaven.   Eventually your faith will be paid off.  And you might not be a sheep anymore in Heaven.


Prime Minister of Japan Abe has flown to Washington.

Big snow falling in Japan with one town in Aomori Prefecture accumulating 550 cm snow, a record in Japan.

Three death-row prisoners were executed in Japan, though still some 150 condemned prisoners remain.


Mat 2:19 But when Herod was dead, behold, an angel of the Lord appeareth in a dream to Joseph in Egypt,
Mat 2:20 Saying, Arise, and take the young child and his mother, and go into the land of Israel: for they are dead which sought the young child's life.
Mat 2:21 And he arose, and took the young child and his mother, and came into the land of Israel.
Mat 2:22 But when he heard that Archelaus did reign in Judaea in the room of his father Herod, he was afraid to go thither: notwithstanding, being warned of God in a dream, he turned aside into the parts of Galilee:
Mat 2:23 And he came and dwelt in a city called Nazareth: that it might be fulfilled which was spoken by the prophets, He shall be called a Nazarene.
Posted by EEreporter at 2/22/2013 12:14:00 AM Links to this post
Email ThisBlogThis!Share to TwitterShare to FacebookShare to Pinterest

"But he spake of the temple of his body" - Great Events 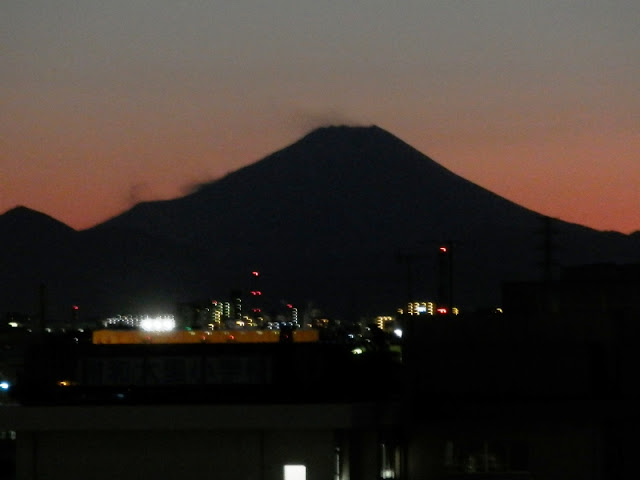 On September 10, 2001, the US was just at its summit as the sole super-power on the earth.

But, on September 11, 2001, it was thrown into a spate of fear as the World Trade Center collapsed with part of the Pentagon

On March 10, 2011. Japan was still at its summit as the most significant economic power in the world.

But, on March 11, 2011, it was thrown into a spate of fear as an M9.0 earthquake occurred in the Pacific Ocean just 350 km north east of Tokyo and 15-meter high tsunamis attacked the north east part of Honsyu Island to smash the four reactor units of the Fukushima Daiichi nuclear power plant.

Joh 2:19 Jesus answered and said unto them, Destroy this temple, and in three days I will raise it up.
Joh 2:20 Then said the Jews, Forty and six years was this temple in building, and wilt thou rear it up in three days?
Joh 2:21 But he spake of the temple of his body.
Joh 2:22 When therefore he was risen from the dead, his disciples remembered that he had said this unto them; and they believed the scripture, and the word which Jesus had said.
Posted by EEreporter at 2/21/2013 01:05:00 AM Links to this post
Email ThisBlogThis!Share to TwitterShare to FacebookShare to Pinterest

"then shall they fast in those days" - Resign 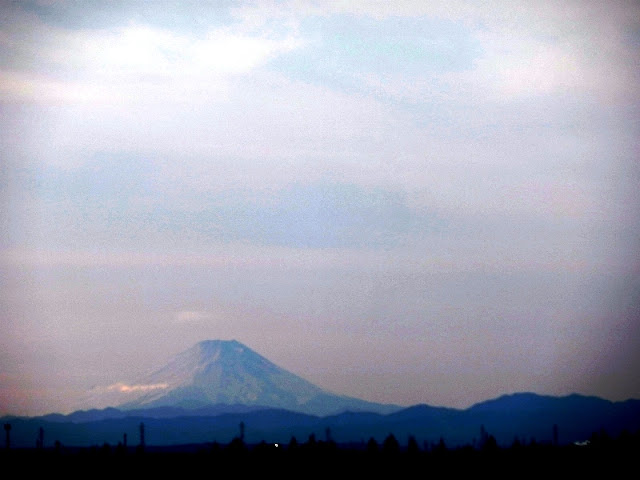 To live well and succeed in life is not what is supposed a man to do by the God.

Though it is very common and ordinary that people grow up to have better living in any society, but it is not what the God wants a man to do.

According to Christ Jesus, a man is required to follow the teaching of the God and love his neighbors as he loves himself.  Therefore he must allow his neighbors to live well and succedd in their lives.

Then, of course, there will be no wars and poverty.  If all the men had lived this way, there would not have been even Islam.

So, now as all the med have not followed this teaching of the God, what will happen?

One thing sure is that Christ Jesus now coming back to this world must not be pleased at all.  He might want all the ranked and ranking people to resign like the Pope as soon as possible to start a really new era.

Somebody seems to have a need to see me in person as I feel so.

Mar 2:19 And Jesus said unto them, Can the children of the bridechamber fast, while the bridegroom is with them? as long as they have the bridegroom with them, they cannot fast.
Mar 2:20 But the days will come, when the bridegroom shall be taken away from them, and then shall they fast in those days.
Posted by EEreporter at 2/20/2013 01:00:00 AM Links to this post
Email ThisBlogThis!Share to TwitterShare to FacebookShare to Pinterest

"and they shall prophesy" - No More Popes? 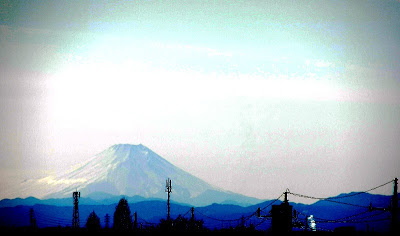 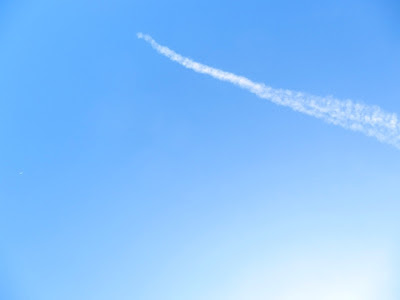 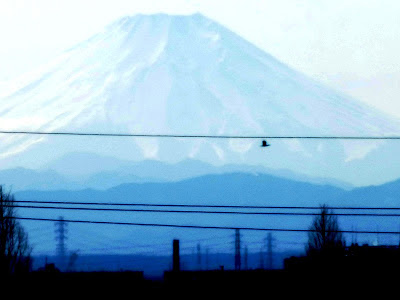 The Pope is to resign.

It is very extraordinary.  It must be reviewed spiritually more carefully.

It may be a sign of the end of the glory of Europe.

Indeed while G20 member countries have sent ministers in the Moscow conference, a 17-meter long meteor hit the ground in Russia, not so far away from Moscow in the global scale.

The world has really started to change, but you must remember that a half year before the death of the preceding Pope a big earthquake occurred in the Indian ocean off  Sumatra Island to trigger very big tsunamis which took on hundreds of thousands of lives at the Christmas time of 2004.

The sign in the sky; the wonder on the ground; and the time is shifting really.

Act 2:17 And it shall come to pass in the last days, saith God, I will pour out of my Spirit upon all flesh: and your sons and your daughters shall prophesy, and your young men shall see visions, and your old men shall dream dreams:
Act 2:18 And on my servants and on my handmaidens I will pour out in those days of my Spirit; and they shall prophesy:
Posted by EEreporter at 2/18/2013 01:14:00 AM Links to this post
Email ThisBlogThis!Share to TwitterShare to FacebookShare to Pinterest
Newer Posts Older Posts Home