"a great earthquake; and the sun became black" - Paragraph 6:12


This prophecy is very significant for Japan, since Japan had the national flag with an image of the sun while it suffered an M9.1 earthquake in March 2011.

And what does the sixth seal mean?

Anyway, the Third World War might have already started from the Mediterranean to Afghanistan since September 11, 2001.


Rev 6:12 And I beheld when he had opened the sixth seal, and, lo, there was a great earthquake; and the sun became black as sackcloth of hair, and the moon became as blood;
Rev 6:13 And the stars of heaven fell unto the earth, even as a fig tree casteth her untimely figs, when she is shaken of a mighty wind.

Posted by EEreporter at 6/13/2015 01:05:00 AM
Email ThisBlogThis!Share to TwitterShare to FacebookShare to Pinterest

"Stephen, full of faith and power" - Sony and Crown Princess 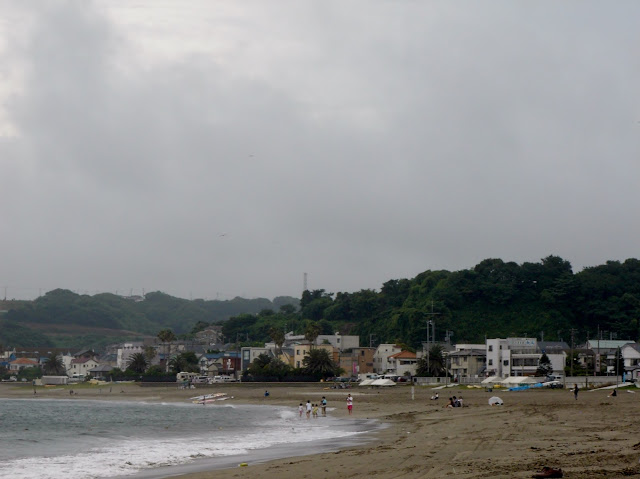 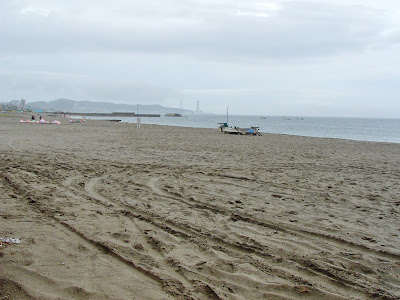 
Before coming to Sony, Tajima was the Grand Steward of the Imperial Household Agency.  In 1948, namely three years after the defeat of the Empire of Japan in WWII, Tajima was appointed to this important position by then prime minister Ashida, a liberal politician.   Tajima was not a nobleman with a title, though it was the first time in the Japanese history that such a common person as Tajima assumed this position close to the emperor.

The fact symbolized a social trend in Japan at the time.  Japan abolished the noble class after WWII, except the Imperial Family.  The Emperor of Japan (who is today called the Emperor of Showa or Hirohito overseas) had to face the all-out diffusion of democracy without being surrounded by noblemen.

The Emperor was first against PM Ashida's appointment of Tajima to the administrator of the Imperial House.  What was worse, Tajima was a Christian.  How could an ex-banker Tajima work for the Imperial House whose religion was shinto?  But as time went by, the Emperor of Showa came to fully trust Michiji Tajima.

Tajima worked hard in negotiations with the General Headquarters of the US military led by General MacArthur who stationed in Tokyo since September 1945.  Tajima tried hard to help the Emperor survive the difficult time after WWII.  He even tried to persuade the Emperor to issue a statement of apology to the Japanese people for predicaments the people were suffering due to the tragic and disastrous war the Empire of Japan had launched in 1941 (as part of WWII) under the name of the Emperor himself.  However, this statement was not issued eventually for some reasons.

Anyway, General MacArthur didn't put the responsibility for the war between the Empire of Japan and the US (and other allied countries) on the Emperor.  Though the nobles had gone, the Emperor, the Empress, their children, Emperor's brothers and their wives, and other close members of the Imperial House could keep their status and privileges.

Several years prior to this marriage, the Emperor of Showa asked Tajima, who had always resigned as the Grand Steward of the Imperial Household Agency, to be a member of a special committee directly subject to the Emperor to select the future wife of the crown prince.  Though Tajima didn't take a decisive part in finding and pushing Michiko Shoda to a potent candidate for the future crown princess, his appointment was very encouraging for other committee members who thought that the future crown princess must be from a family of commonalty and have personality and ability to establish a new imperial family in harmony with democracy after WWII.

So, Michiji Tajima achieved two great tasks after WWII: He helped Sony grow toward the great future and also helped the crown prince marry a young lady who became the first crown princess from commons in the Japanese history (though Michiko Syoda's father was president of a big company).

In this way the present Emperor and the Empress married in 1959 with strong support from Michiji Tajima and other liberal or Christian persons of influence close to the Emperor of Showa, though the Empress of Showa and ex-noble class families and elites close to the Imperial Family were almost all against this marriage.


So, the present Empress of Japan was a symbolic person in the era after WWII when the Japanese society changed from the one in the social order centered around the noble class to the new one fully democratized without noble families. 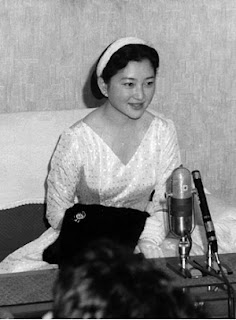 Act 6:8 And Stephen, full of faith and power, did great wonders and miracles among the people.
Act 6:9 Then there arose certain of the synagogue, which is called the synagogue of the Libertines, and Cyrenians, and Alexandrians, and of them of Cilicia and of Asia, disputing with Stephen.
Posted by EEreporter at 6/09/2015 01:36:00 AM
Email ThisBlogThis!Share to TwitterShare to FacebookShare to Pinterest
Newer Posts Older Posts Home