"He that hath an ear" - Knowledge, Technology, and Wealth 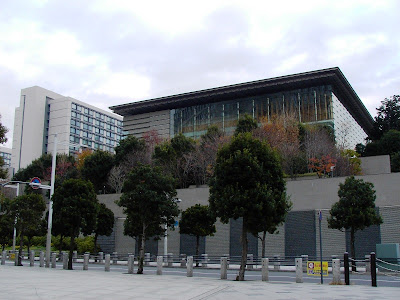 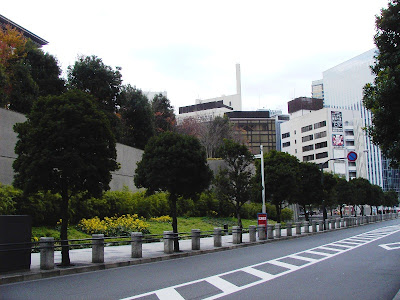 In Japan this winter, from December to February it was very cold.

But in March it is not so cold at all.  Now cherry blossoms are fully blooming in Tokyo, the second earliest full-bloom of sakura (cherry blossoms) in record of Tokyo.


As we have observed the world, it is now clear that wealth and knowledge cannot save people.  Rich people in advanced countries have wealth developed, produced, and realized by modern technology.  Systems that support, protect, and keep their wealth are built on various types of deep knowledge.  But, those rich people are simply bad people,  Put simply, with such knowledge, technology, and wealth, they have become servants of the Devil.  They have no great spiritual contents in their minds and souls.

So, at best, those who are poor in terms of moral value would control the whole world with modern systems but without any concerns about human matters, ethical matters, and spiritual matters.

If science and technology continue to progress while a human ethical level is still so low, a great disaster should occur in future.  For example, one desperate terrorist group might easily acquire information,  over the Internet or cellular phones, about how to build a nuclear bomb and where to get material for the bomb.  And, they might easily make such a bomb.  Or they may make biological weapons so easily, using advanced technology being offered in some convenient market.

So, great knowledge and technology will provide great fortunes for some civilized people in advanced and developing countries, but terrorists might also try to take their share of wealth through confusion and a turmoil they might be able to cause by use of such a bomb and weapons.

We had better stop progress of our science and technology at the present level if we want to avoid a future disaster which can be worse than the 9/11 Terror and the 3/11 Tsunami combined in addition to Fukushima Daiichi.

Rev 3:19 As many as I love, I rebuke and chasten: be zealous therefore, and repent.
Rev 3:20 Behold, I stand at the door, and knock: if any man hear my voice, and open the door, I will come in to him, and will sup with him, and he with me.
Rev 3:21 To him that overcometh will I grant to sit with me in my throne, even as I also overcame, and am set down with my Father in his throne.
Rev 3:22 He that hath an ear, let him hear what the Spirit saith unto the churches.

Posted by EEreporter at 3/22/2013 11:16:00 PM Links to this post
Email ThisBlogThis!Share to TwitterShare to FacebookShare to Pinterest

"because she was the mother of all living" - Future Economy & Energy 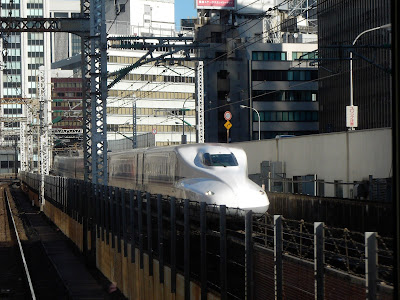 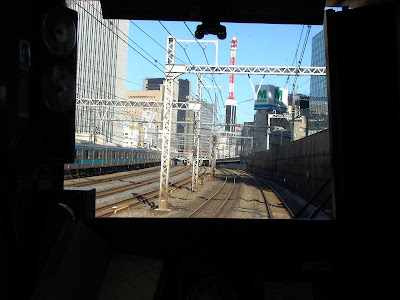 There is a theory that the world GDP will soon stop growing.


This will probably be a matter of debate for some time, however, I for one believe that we could. To be more specific, in an article published just a few days prior to the collapse of the Lehman Brothers, evidence was presented about an upcoming economic downfall, near the end of the first decade of the millennium. The analysis was based on a simple logistic growth fit against actual real GDP data. 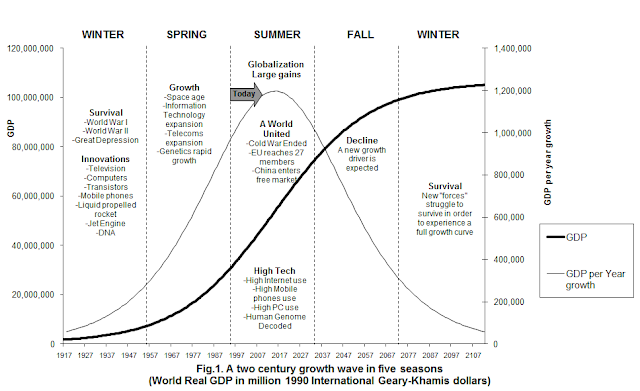 Fig. 1. Reprinted from Technological Forecasting and Social Change, 76 (3), G.P. Boretos, The future of the global economy, 316–326, Copyright (2009), with permission from Elsevier

In this case, we will not need much energy, at least, making it possible to preserve the nature and environment, since recent growth in GDP is parallel with an increase in an amount of energy consumed. 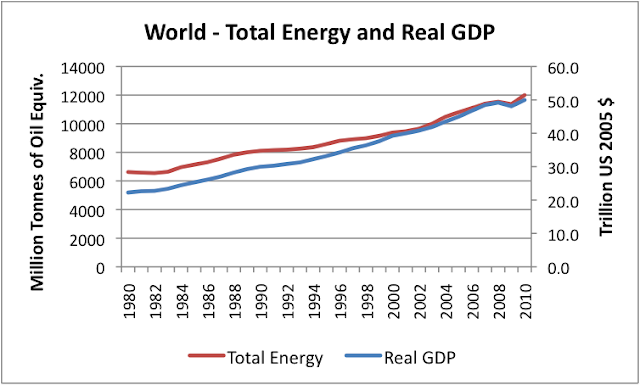 Gen 3:19 In the sweat of thy face shalt thou eat bread, till thou return unto the ground; for out of it wast thou taken: for dust thou art, and unto dust shalt thou return.
Gen 3:20 And Adam called his wife's name Eve; because she was the mother of all living.
Gen 3:21 Unto Adam also and to his wife did the LORD God make coats of skins, and clothed them.
Gen 3:22 And the LORD God said, Behold, the man is become as one of us, to know good and evil: and now, lest he put forth his hand, and take also of the tree of life, and eat, and live for ever:
Gen 3:23 Therefore the LORD God sent him forth from the garden of Eden, to till the ground from whence he was taken.
Posted by EEreporter at 3/21/2013 10:51:00 AM Links to this post
Email ThisBlogThis!Share to TwitterShare to FacebookShare to Pinterest

"all the evils which Herod had done" 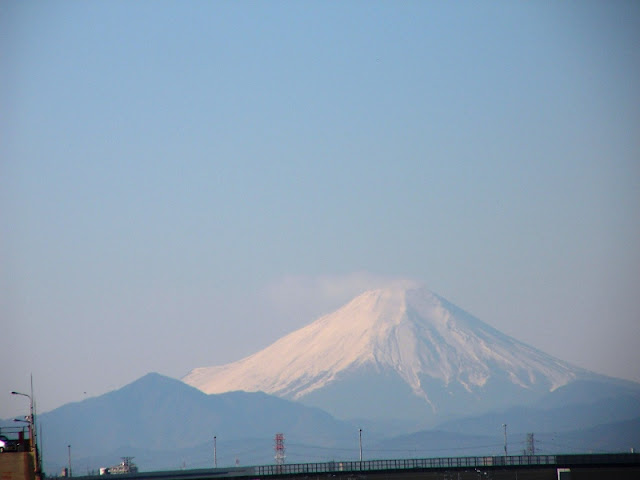 Luk 3:18 And many other things in his exhortation preached he unto the people.
Luk 3:19 But Herod the tetrarch, being reproved by him for Herodias his brother Philip's wife, and for all the evils which Herod had done,
Luk 3:20 Added yet this above all, that he shut up John in prison.

Posted by EEreporter at 3/19/2013 08:11:00 AM Links to this post
Email ThisBlogThis!Share to TwitterShare to FacebookShare to Pinterest

"The salutation of Paul " - New Pope 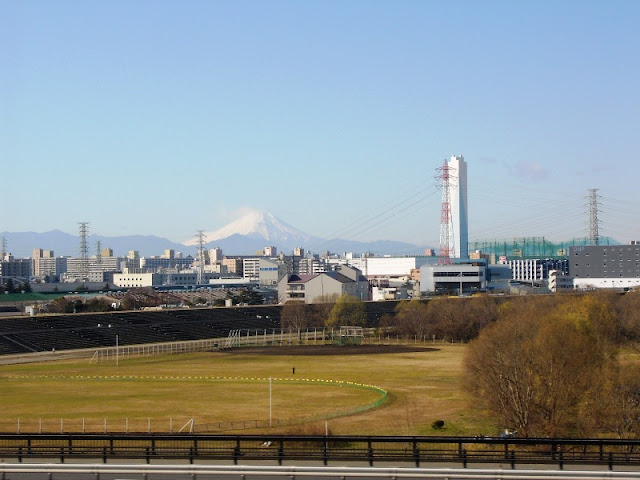 
The new Pope said that his close friend from Brazil said to him no to forget the poor, so that he chose the name Francis.

It is not so good.

It means that the Pope and the Brazilian cardinal were not poor at all.  If they had thought that they were poor, they would not have used the term the poor in that context.

Pope Mr. Francis is not poor as he knows it very well..

So, the Vatican should be judged by Christ Jesus.

2Th 3:16 Now the Lord of peace himself give you peace always by all means. The Lord be with you all.
2Th 3:17 The salutation of Paul with mine own hand, which is the token in every epistle: so I write.
2Th 3:18 The grace of our Lord Jesus Christ be with you all. Amen.
Posted by EEreporter at 3/18/2013 12:51:00 AM Links to this post
Email ThisBlogThis!Share to TwitterShare to FacebookShare to Pinterest
Newer Posts Older Posts Home