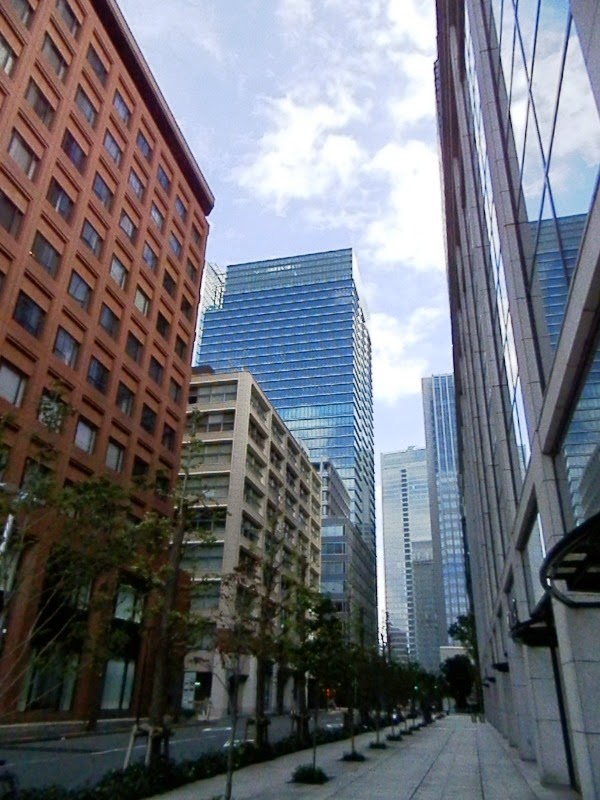 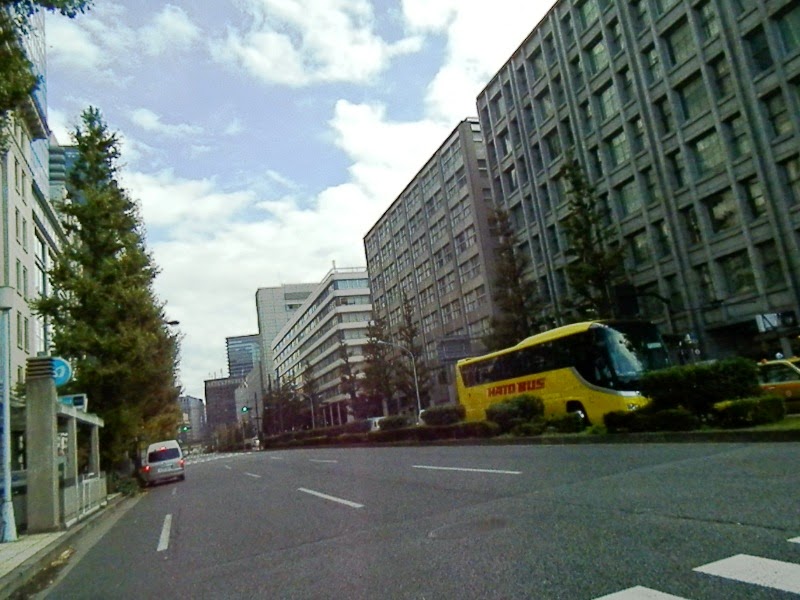 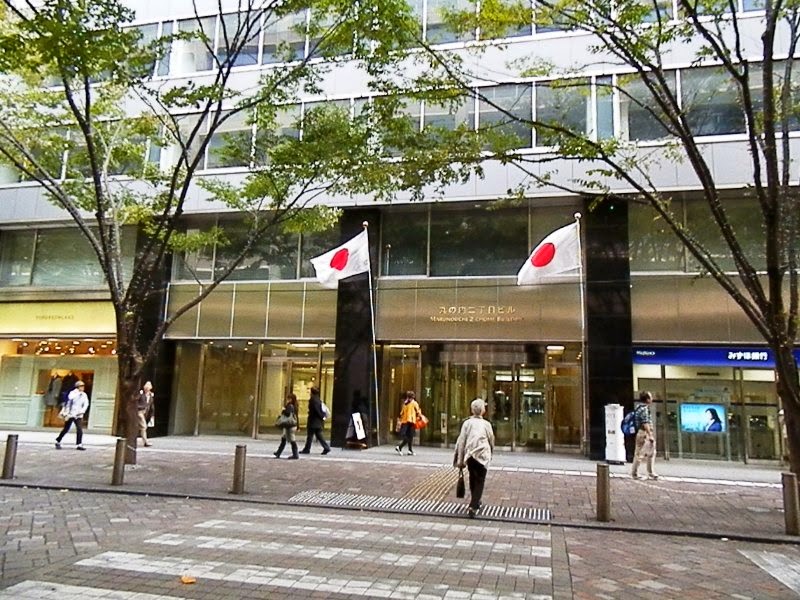 To think that God always watches himself or herself is a basic notion for a believer.

As God is almighty, He must be able to observe and record every moment around any man.  God must keep such records somewhere.  Even what a man thinks and feels must be also recorded in archives of God.  Accordingly God judges everyone in a fair manner.

Conversely, if one doesn't accept such absolute codes, everything in this world would look like just having a relative value.  There is no absolute justice and no absolute evil, they would think.  Therefore, at any moment, they would commit a harmful act or engage in immoral behaviors.

But if you admit that God is the only absolute source and bases for value and morals, you might try to meet the absolute codes as much as possible in any moment.

The gap between a believer and an unbeliever is so large, since one is to enter Heaven and be given eternal life while another goes down to the hell to be lost.


Luk 12:6 Are not five sparrows sold for two farthings, and not one of them is forgotten before God?

Posted by EEreporter at 12/06/2014 12:45:00 PM Links to this post
Email ThisBlogThis!Share to TwitterShare to FacebookShare to Pinterest

"this ointment sold for three hundred pence" - Another Miracle 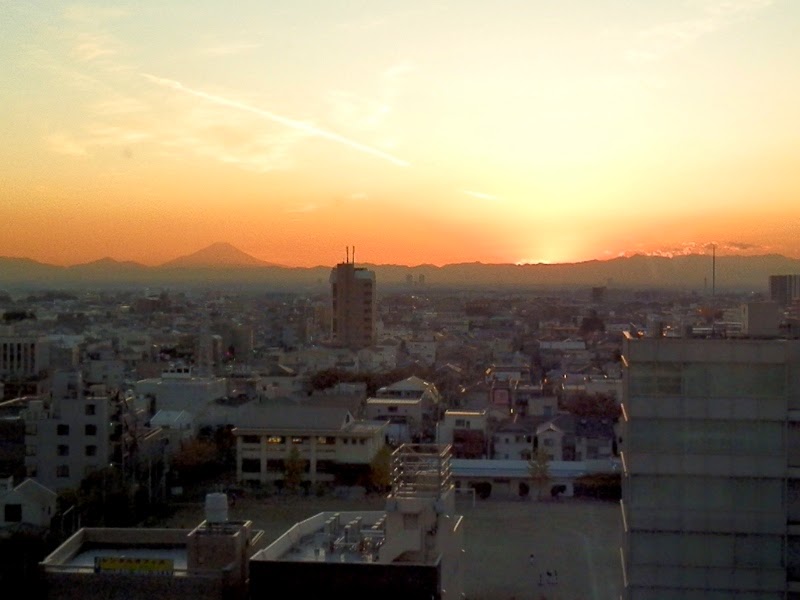 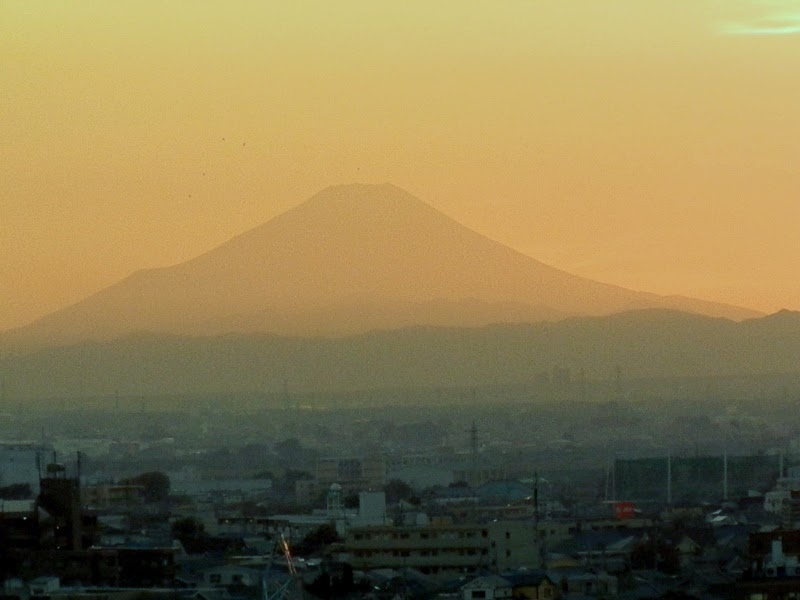 
It is mysterious why and how Christ Jesus called or invited Judas into the group of His followers.


Judas Iscariot, the disciple who betrayed Jesus, was the last in the list of the disciples. Judas was the son of a certain Simon (compare John 6:71) and bore the second name Iscariot, which means “man from Kerioth.” As Kerioth is situated in Judea, Judas came from Judea. How strange! The betrayer came from the royal tribe. We hear nothing of his personal calling, even if Matthew 10:1-4 makes it clear that he was called. He was just as much a disciple as the other eleven. He heard the words of the Master, saw His miracles, and was himself sent out to proclaim the Word and to do miracles. Peter said of him, “For he was numbered with us, and had obtained part of this ministry” (Acts 1:17).
https://www.midnightcall.com/articles/messages/item/500-the-calling-of-the-twelve-disciples-judas-iscariot#.VIHGYzGsUuc

But what should have happened if Judas had not joined other disciples?

Christ Jesus must have seen all the possibilities and He must have chosen the best case.  For example, high priests of the Temple and Roman officers might have attacked violently Christ Jesus and His followers.  But Judas simply betrayed Christ Jesus so that only the leader of the early Christians was arrested and executed.

Indeed, it is very strange that only Christ Jesus was arrested and executed but no others that belonged to His religious movement.

Maybe, in order to avoid involving His followers as victims of persecution from Judaist priests and the Roman authority, Christ Jesus used Judas, since He knew Judas would only target Him.

Anyway, one of big mysteries rarely discussed is why only Christ Jesus was arrested and executed while His enemies of Jewish leaders and Roman officers could apprehend and put in prison many of His followers and disciples.  And the key person who pertained to this miracle was Judas Iscariot.

Truly, Christ Jesus let Judas alone, against the day of His burying.


Joh 12:5 Why was not this ointment sold for three hundred pence, and given to the poor?
Joh 12:6 This he said, not that he cared for the poor; but because he was a thief, and had the bag, and bare what was put therein.
Joh 12:7 Then said Jesus, Let her alone: against the day of my burying hath she kept this.
Posted by EEreporter at 12/05/2014 10:59:00 AM Links to this post
Email ThisBlogThis!Share to TwitterShare to FacebookShare to Pinterest

"he put him in prison" - A Racial Issue 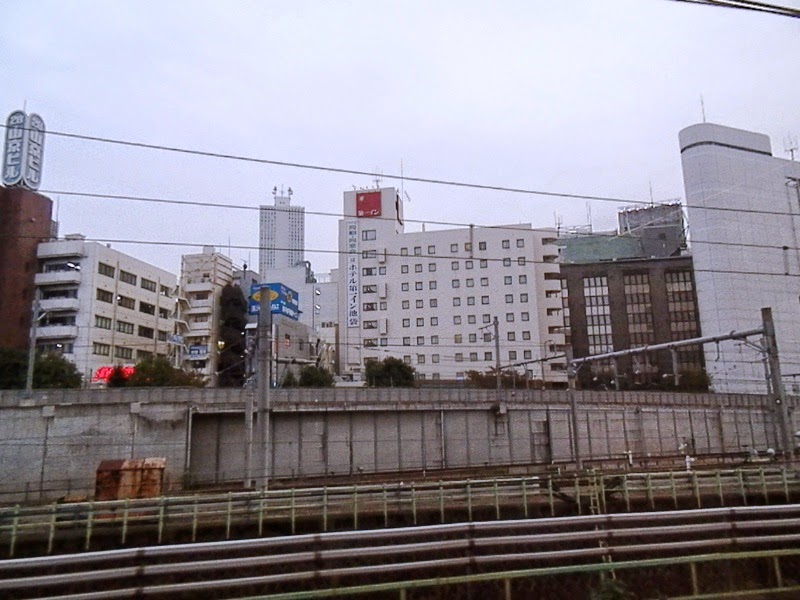 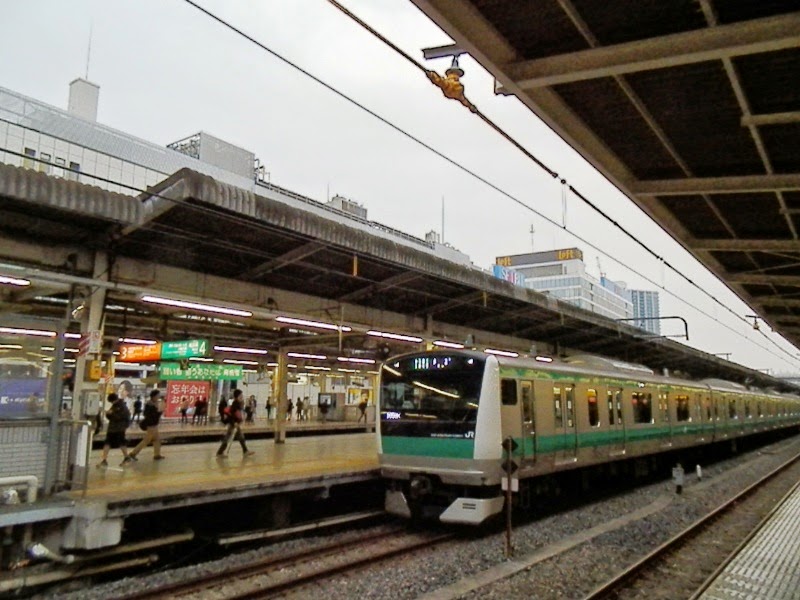 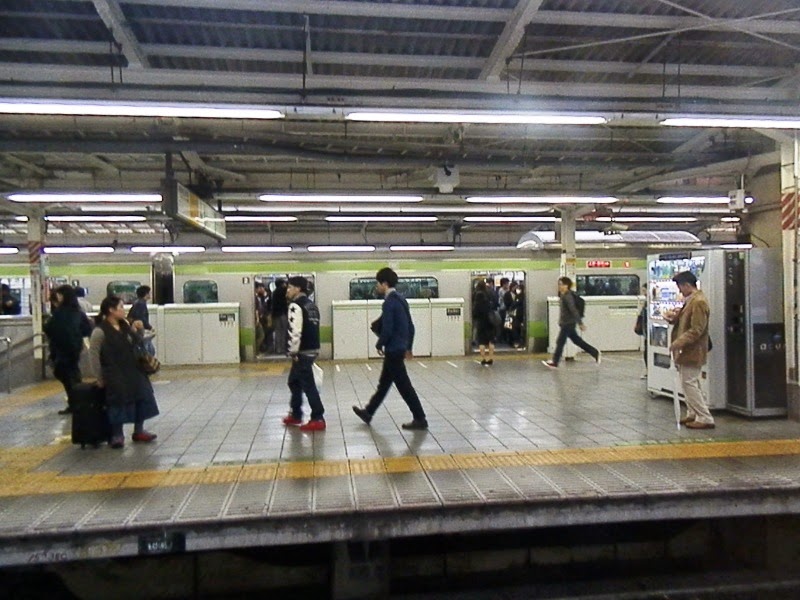 
When Christ Jesus lived in Israel 2000 years ago, Israelis were subject to Romans.

Therefore, Judaists at the time were all a kind of blacks and Romans were all whites by analogy.  If a Roman soldier, namely a white, had killed an Israelite, that is black, there must have been no blame on him.

So, circumstantially, American blacks are closer to Judaists and followers of Christ Jesus 2000 years ago than American whites are.

In this context, African Americans are more blessed than whites are.

Nonetheless, the race has no meaning before God.

Then God said, “Let us make man in our image, after our likeness. And let them have dominion over the fish of the sea and over the birds of the heavens and over the livestock and over all the earth and over every creeping thing that creeps on the earth.” So God created man in his own image, in the image of God he created him; male and female he created them.

Act 12:4 And when he had apprehended him, he put him in prison, and delivered him to four quaternions of soldiers to keep him; intending after Easter to bring him forth to the people.
Act 12:5 Peter therefore was kept in prison: but prayer was made without ceasing of the church unto God for him.
Posted by EEreporter at 12/04/2014 12:35:00 PM Links to this post
Email ThisBlogThis!Share to TwitterShare to FacebookShare to Pinterest

"whatsoever ye have spoken in darkness" - Secret Forever If Not Spoken? 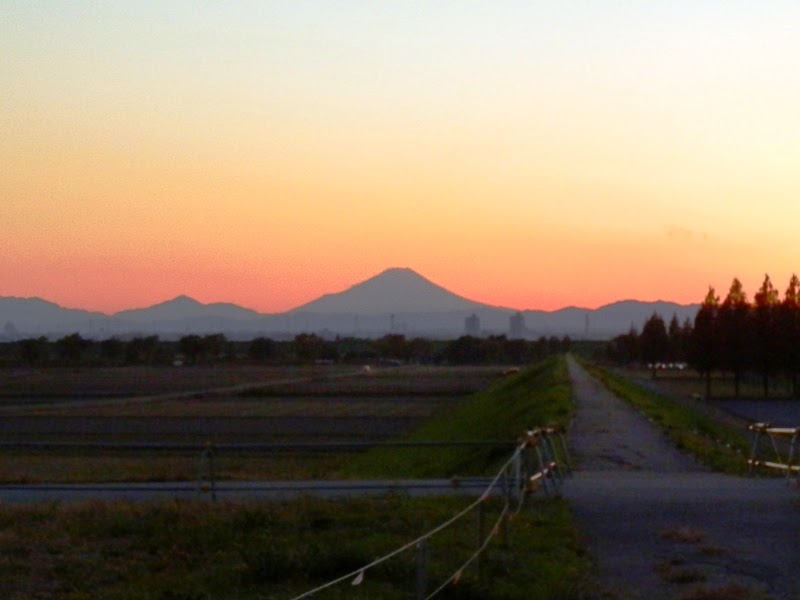 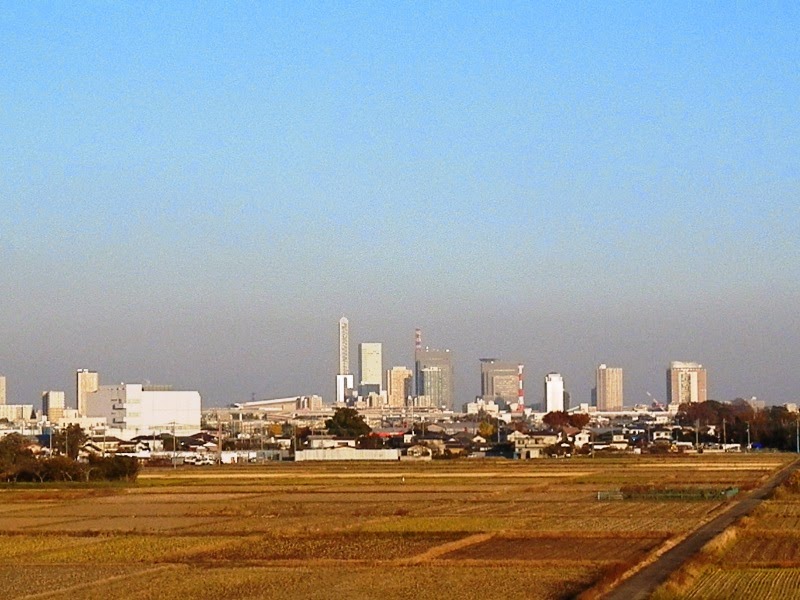 
Secret Forever If Not Spoken?

Secret cannot be kept forever if you express it whether alone or to someone.  But if we keep silence absolutely, can we hide it from others?

So, there must be difference in condition or attributes of a matter we have secretly.  One type of matters would entice us to express it from our mouth, whether contents are good or bad, while another type might force us to conceal it from the world forever.

Truth that contributes to improvement of society must be revealed, if it was kept secret for a while.  But can we bear watching our sins being known to others?

Anyway this teaching should work so as to prevent people from committing crimes.

Posted by EEreporter at 12/03/2014 11:52:00 PM Links to this post
Email ThisBlogThis!Share to TwitterShare to FacebookShare to Pinterest

"he sent to the husbandmen a servant" - Christ Jesus and Democracy 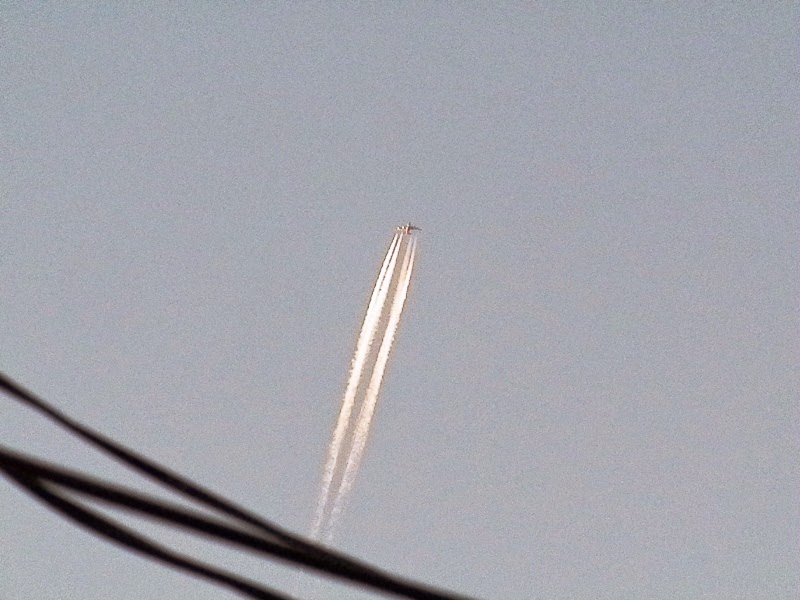 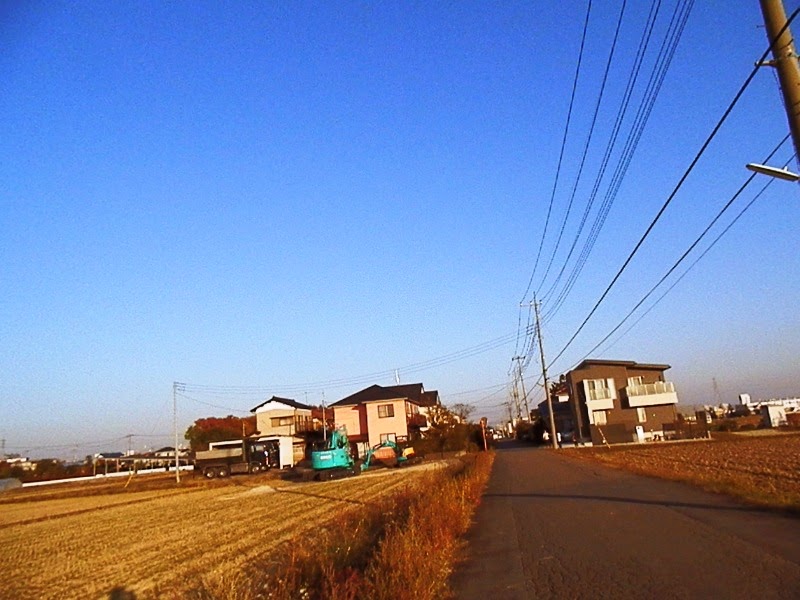 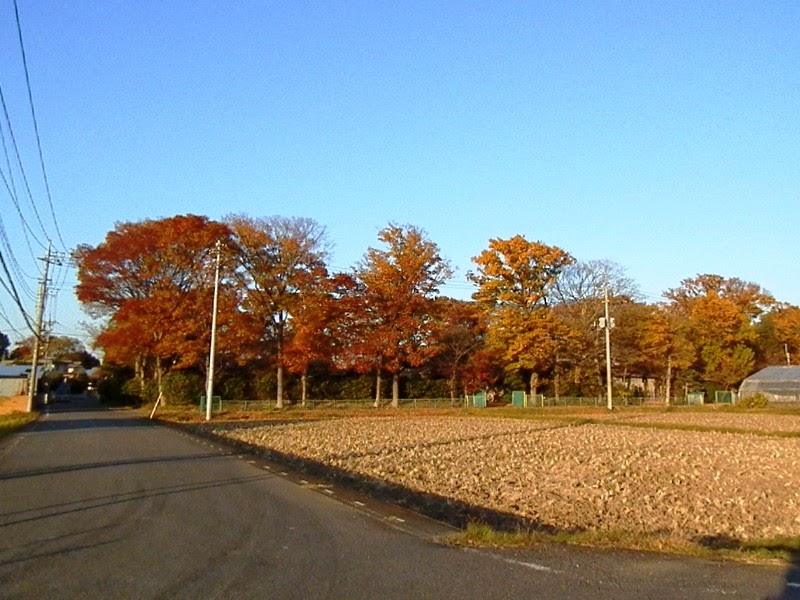 
Christ Jesus did not promote democracy.

Nonetheless Christ Jesus tried to make as many as possible people believe in God.  He might look like waging a campaign like candidates of a US Presidential election.  Conversely, democracy might be rooted in the campaign-like mission of Christ Jesus, since it depends upon a decision by an individual to choose one, whether from Heaven and the hell or from candidates or parties.

Does Christ Jesus expect us to reach the Kingdom of God through democracy?


Mar 12:2 And at the season he sent to the husbandmen a servant, that he might receive from the husbandmen of the fruit of the vineyard.
Mar 12:3 And they caught him, and beat him, and sent him away empty.
Posted by EEreporter at 12/02/2014 12:32:00 PM Links to this post
Email ThisBlogThis!Share to TwitterShare to FacebookShare to Pinterest

"Jesus went on the sabbath day" - Christ and David 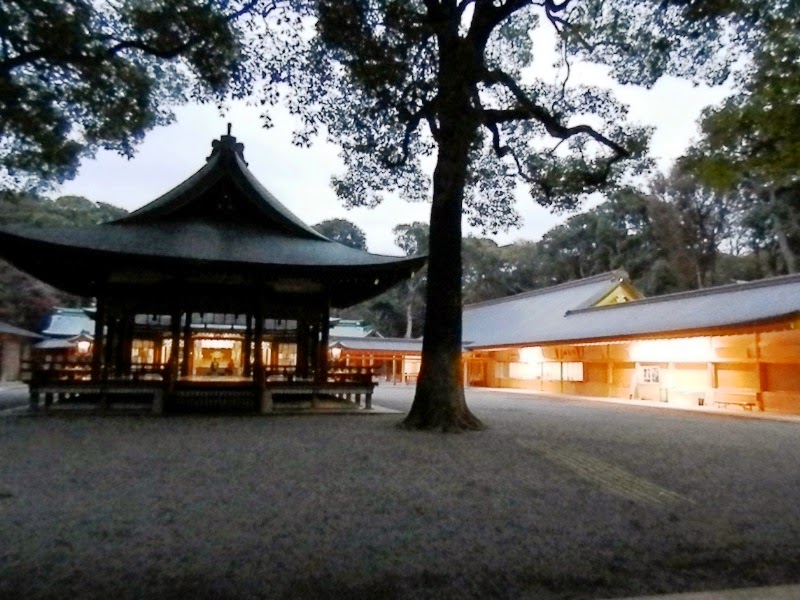 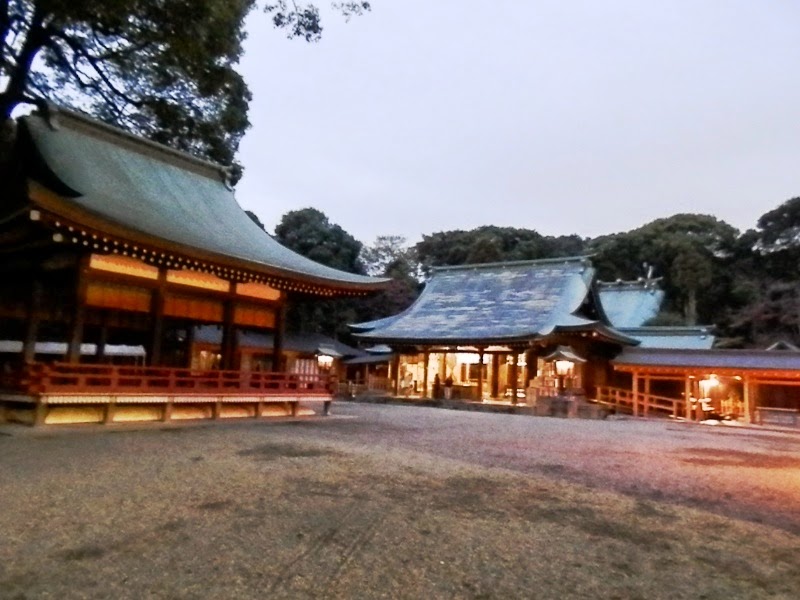 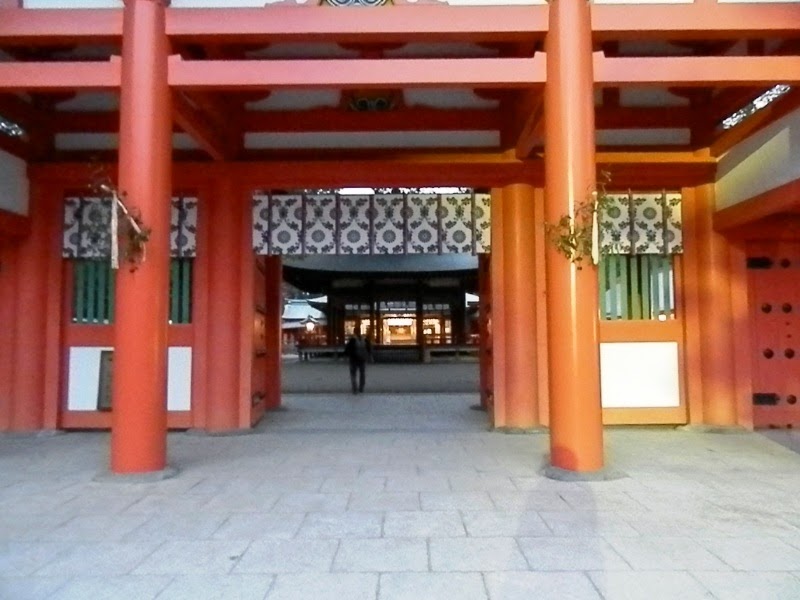 A Shinto Shrine around Tokyo

But it is interesting that he referred to David when he defended his disciples from their enemies.  It means that Christ Jesus admitted a kind of authority in David in terms of the history of Israelites.

That is why we should not neglect the Old Testaments where the life of David was recorded.

Other than David, it was mostly Moses and Abraham that Christ Jesus referred to in His mission.  It was not Alexander the Great and Caesar.


Mat 12:1 At that time Jesus went on the sabbath day through the corn; and his disciples were an hungred, and began to pluck the ears of corn and to eat.
Mat 12:2 But when the Pharisees saw it, they said unto him, Behold, thy disciples do that which is not lawful to do upon the sabbath day.
Mat 12:3 But he said unto them, Have ye not read what David did, when he was an hungred, and they that were with him;
Posted by EEreporter at 12/01/2014 11:41:00 AM Links to this post
Email ThisBlogThis!Share to TwitterShare to FacebookShare to Pinterest

"by what authority I do" - Japanese Americans 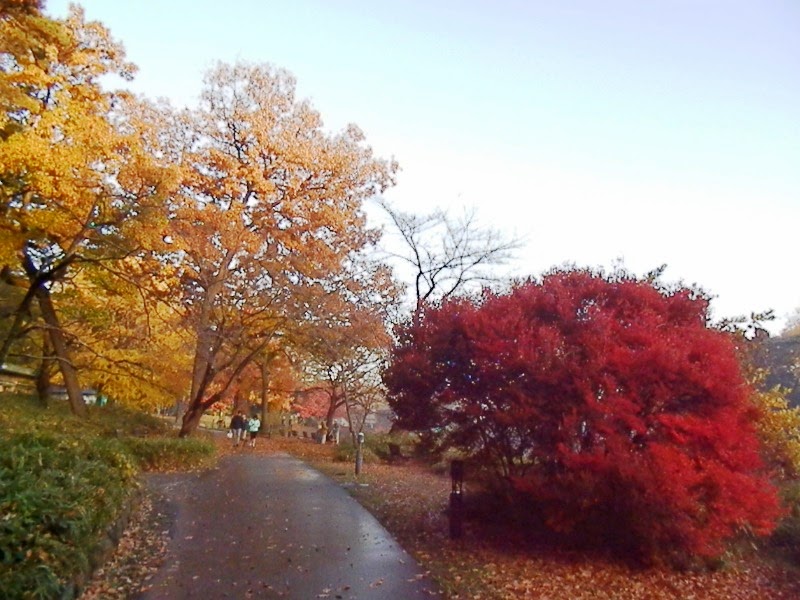 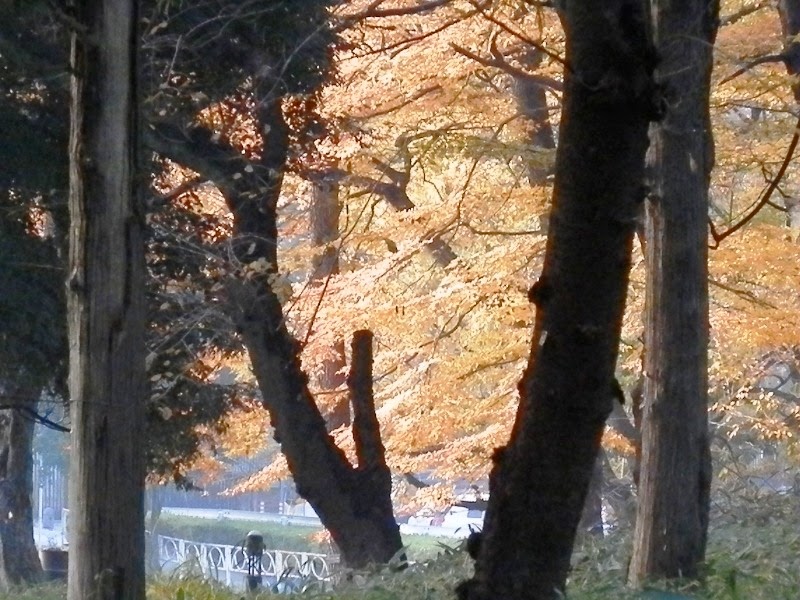 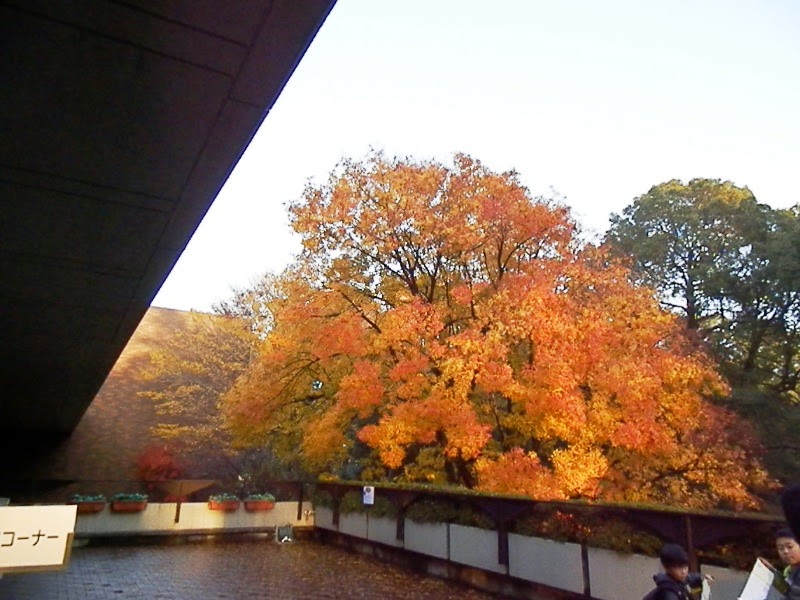 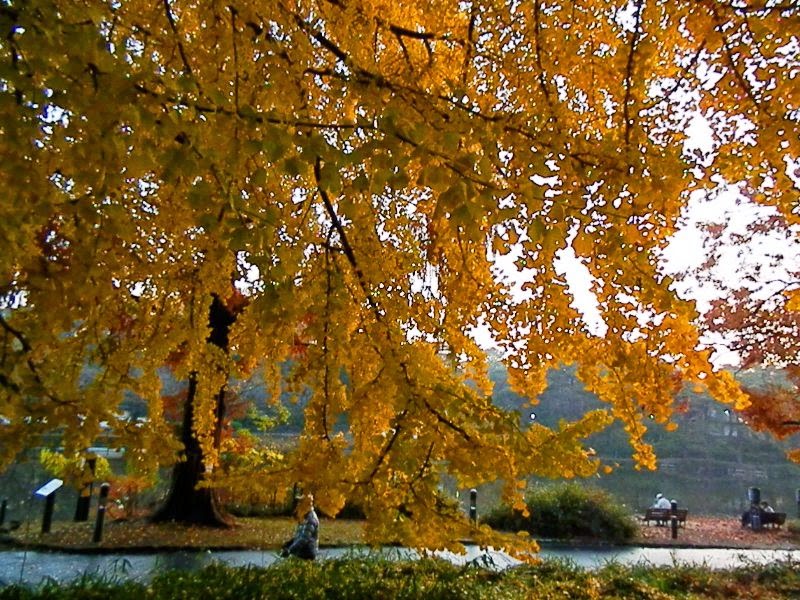 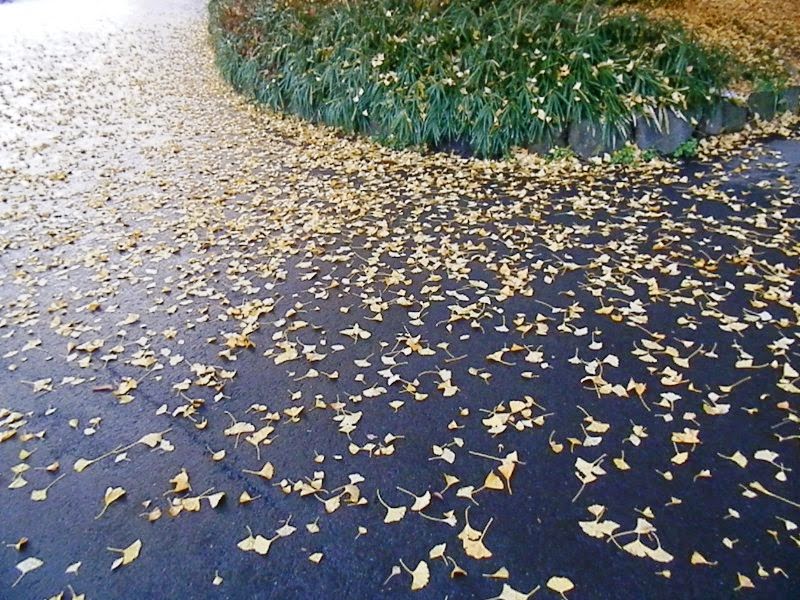 Autumn in a Public Park around Tokyo

Japanese Americans are different from the Japanese people living in Japan, of course.


Japanese Americans are Americans of Japanese descent. Japanese Americans have historically been among the three largest Asian American communities, but in recent decades, it has become the sixth largest group at roughly 1,304,286, including those of mixed-race or mixed-ethnicity.[1] In the 2010 census, the largest Japanese American communities were found in California with 272,528, Hawaii with 185,502, New York with 37,780, Washington with 35,008, Illinois with 17,542, and Ohio with 16,995.[4] Southern California has the largest Japanese-American population in North America.

Today, because of the changes in the post-war years, Japanese Americans are well-represented in both the professions and corporate economy. The prewar discrimination against university-educated Japanese Americans is largely ended. Japanese Americans today have higher levels of education on average than the majority population and comparable to slightly higher incomes. Studies documenting the absence of Asian Americans from top corporate management and public sector administrative positions provide some evidence that there is some sort of "glass-ceiling" for Japanese Americans still present in the larger economy. Still, the economic position and socioeconomic mobility of Japanese Americans is much higher now than any time in American history.
http://www.encyclopedia.com/topic/Japanese_Americans.aspx

So far as now, no Japanese Americans have had a critical influence on the US.  They seem to have opted to live without friction with any other races, and especially the Caucasian race.

Anyway if Japanese Americans cannot speak and read/write Japanese, they cannot be hired by major businesses in Japan.  They are part of America.

And most of their ancestors immigrated to the US, when Japan was not so rich and they were not rich at all.  They could not become rich in Japan, so that they came to the US.  Their descendants have fulfilled the dream and object of their ancestors.  But they have lost understanding of Japan their ancestors had.  Is it critically disadvantageous for Japanese Americas living today?

Mar 11:29 And Jesus answered and said unto them, I will also ask of you one question, and answer me, and I will tell you by what authority I do these things.
Mar 11:30 The baptism of John, was it from heaven, or of men? answer me.
Posted by EEreporter at 11/30/2014 12:06:00 AM Links to this post
Email ThisBlogThis!Share to TwitterShare to FacebookShare to Pinterest
Newer Posts Older Posts Home