"behold, angels came and ministered unto him" - Satan or the Angel of Death 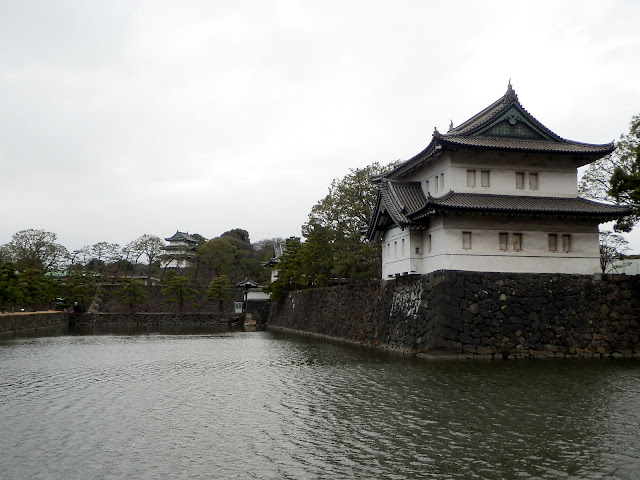 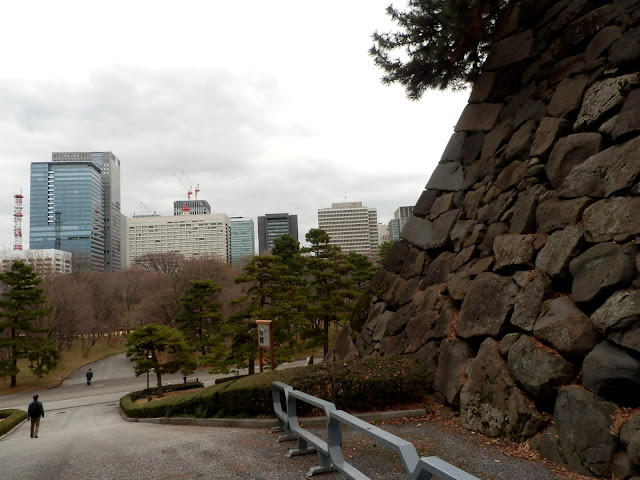 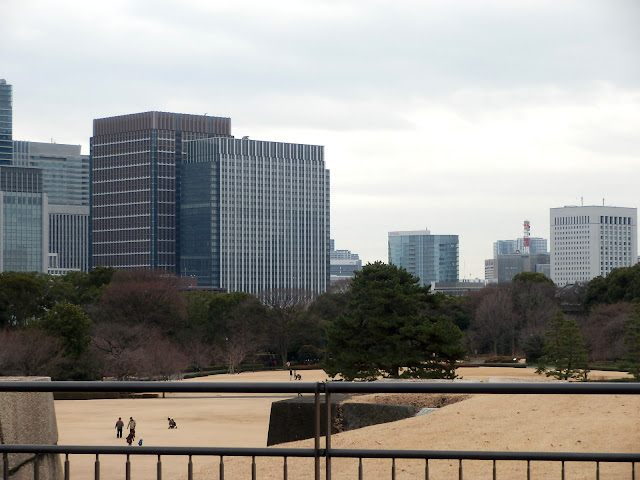 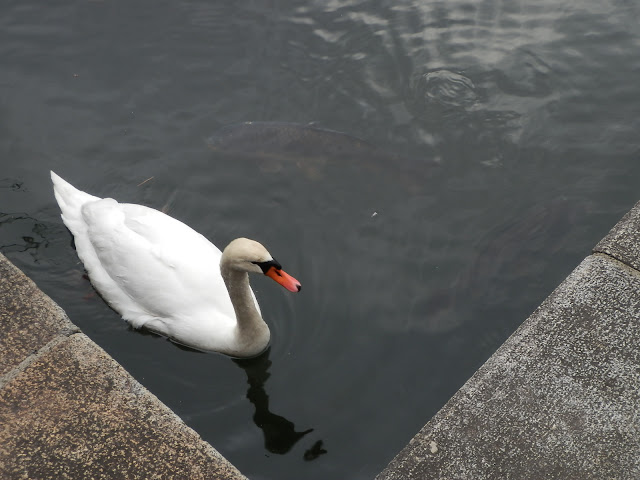 Satan or the Angel of Death

According to classification by the International Committee on Taxonomy of Viruses (ICTV), there are about 30,000 types of viruses.

There are about 650 types of viruses that infect the mammals and birds.  The National Institutes of Health reported, 20 years ago, that an average American was thought to be infected with a virus 200 times in his or her life.  In history, the mankind have suffered various virus infectious diseases, among which the most notable ones are small pox and rabies.  Small pox is believed to have first started to spread when agriculture was started in Mesopotamia abut 9,000 years ago.

It was in 1935 that a virus was first crystallized and visualized through an electronic microscope by Wendell Meredith Stanley, an American virologist.  At the time viruses were thought to be living things, it was a big surprise that viruses could be crystallized.  Indeed, some people today still think that viruses are non-living material.

For example, computer viruses are codes or a kind of computer programs.  But as they infect other codes to function, they don't work without other codes.  Likewise, viruses in the nature need other living things to reproduce themselves.

Because human beings have become so bad and evil as to create computer viruses in large quantity, it is no wonder that the Angel of Death would use biological viruses, which have been existent since the beginning of the human culture, to exterminate the mankind, if the God ordered the Angel to do so.

However, the benevolent God would give full warning to the mankind.  And, this corona-virus pandemic must be such warning.  If we repent enough to appease the wrath of the God, the world will be restored to the normal state before long.

Anyway, if most of people have become servants of Satan, selling their souls to it to become rich and continuing to love money and wealth, there must be no reason for the God to protect the mankind from, say, viruses.

So, I have to refer to the Bible, as a member of the mortal mankind, to be guided by holy words only to find: "This, then, is my condition: on my own I can serve God's law only with my mind, while my human nature serves the law of sin."

**** **** ****
Matthew 4
10 Then saith Jesus unto him, Get thee hence, Satan: for it is written, Thou shalt worship the Lord thy God, and him only shalt thou serve.
11 Then the devil leaveth him, and, behold, angels came and ministered unto him.

Posted by EEreporter at 4/11/2020 01:18:00 AM Links to this post
Email ThisBlogThis!Share to TwitterShare to FacebookShare to Pinterest

"If thou be the Son of God" - The Next Decisive Pandemic 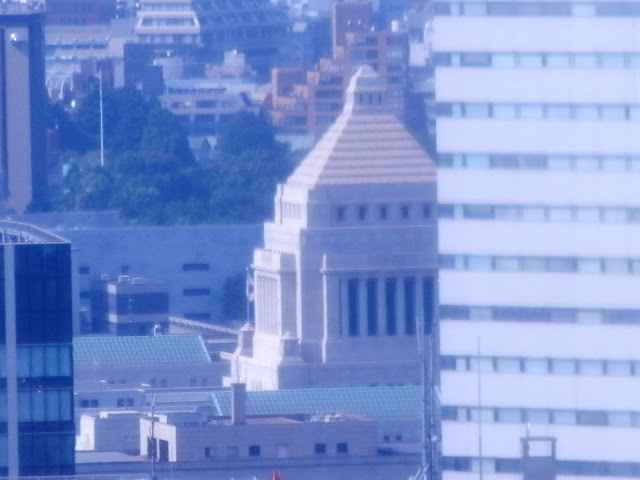 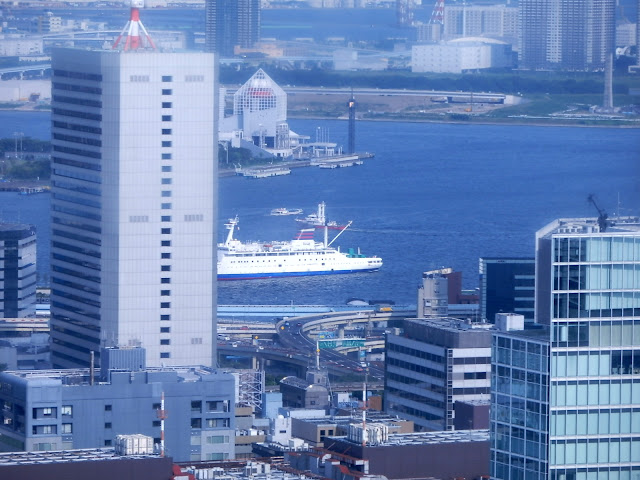 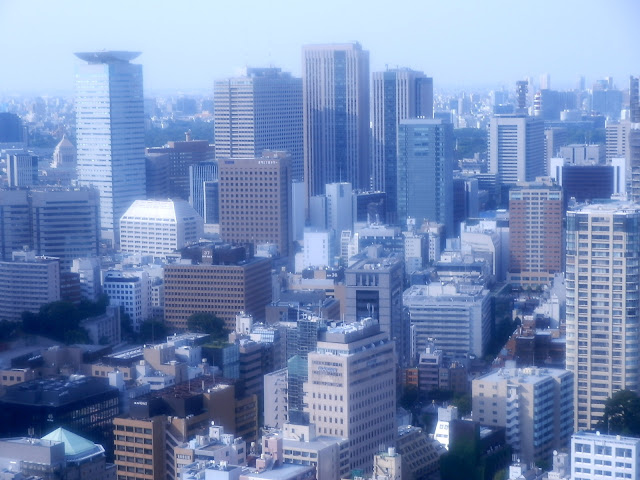 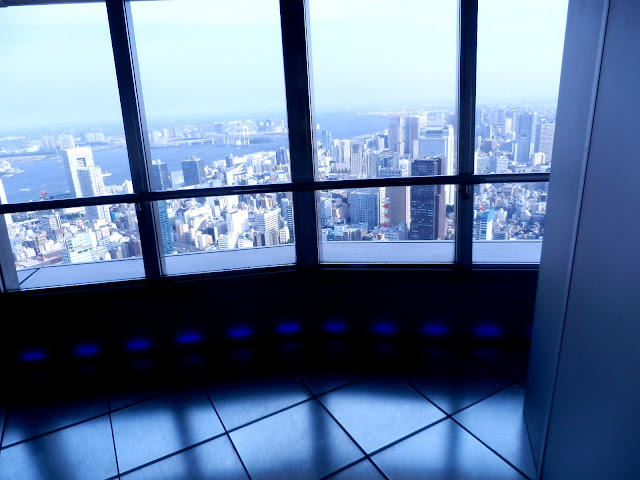 
The Next Decisive Pandemic


In this crisis of the corona-virus pandemic, I referred to the Bible to not only strengthen my physical immune system but also get any advice in facing the crisis.

The words I got were "dead in sin but alive in Christ."

Indeed, most of people have actually sold their souls to Satan to earn money, get rich, and make our material dreams come true while the Bible tells virtually that money is a tool of Satan.  Especially, Christ Jesus said to choose money or the God.  But most of people have ignored this warning and chose money.  The human world is based on these godless attitudes of people.  The global economy is run on these godless attitudes of people.  So, it is natural that the God allowed this pandemic to happen.

The mankind contaminated and corrupted by material desire and sin might be doomed to go extinct at any point in history.  And, the year 2020 under the pandemic might be a start of this process toward total extinction.

For example, the World War I started in 1914 and ended in 1918, while the 1918 flu pandemic started to spread in late 1918.  If the world had repent and turned to the God due to its tragic consequences, the World War II should have been prevented.

Likewise, although this pandemic is now inflicting great damage on the world, if the mankind repent and turn to the God, the next decisive pandemic, expected to come in the middle of this century, will be prevented.

In Japan, a great earthquake occurred around Kobe City, near the second largest metropolitan area in Japan Osaka, claiming 6,000 deaths in 1995.  But, probably because the Japanese people did not repent and turn to the God sufficiently, another great earthquake and tsunami occurred in the northeast area from Tokyo, the capital and the largest metropolitan area in Japan, in 2011, having claimed about 18,000 lives.  This 2011 disaster was accompanied by a nuclear accident in the Fukushima Daiichi Nuclear Power Plant.  Especially this nuclear accident seems to be a proof or a symbol of Japanese people's disobedience to the God.

And it is symbolic that this pandemic set off in China where Christian churches are under control of the anti-Christian Chinese Communist Party.

In this context, it is expected that the second and decisive pandemic in the 21st century will also erupt in China that will be continuing to take anti-Christian policy and attitudes, unless the mankind, including Chinese, fully repent and turn to the God.

So, I think that this pandemic will be suppressed around July of this year.  But the mankind will be tested by the God as to whether they will choose life in union with Christ Jesus or they still continue to pursue money, wealth, and material dreams, selling their souls to Satan.  Depending on the result of the test, the mankind might start to go extinct.

For reference, ”In a manuscript from 1704, Newton describes his attempts to extract scientific information from the Bible and estimates that the world would end no earlier than 2060 (https://en.wikipedia.org/wiki/Isaac_Newton%27s_occult_studies#2060),” which means that Newton did not exclude the possibility that the world starts to go extinct in 2060, the middle of the 21st century.


Luke 4
8 And Jesus answered and said unto him, Get thee behind me, Satan: for it is written, Thou shalt worship the Lord thy God, and him only shalt thou serve.
9 And he brought him to Jerusalem, and set him on a pinnacle of the temple, and said unto him, If thou be the Son of God, cast thyself down from hence:
10 For it is written, He shall give his angels charge over thee, to keep thee:
11 And in their hands they shall bear thee up, lest at any time thou dash thy foot against a stone.
12 And Jesus answering said unto him, It is said, Thou shalt not tempt the Lord thy God.
Posted by EEreporter at 4/09/2020 11:25:00 PM Links to this post
Email ThisBlogThis!Share to TwitterShare to FacebookShare to Pinterest

"some thirty, and some sixty, and some an hundred" - A Matter of Concern for True Believers 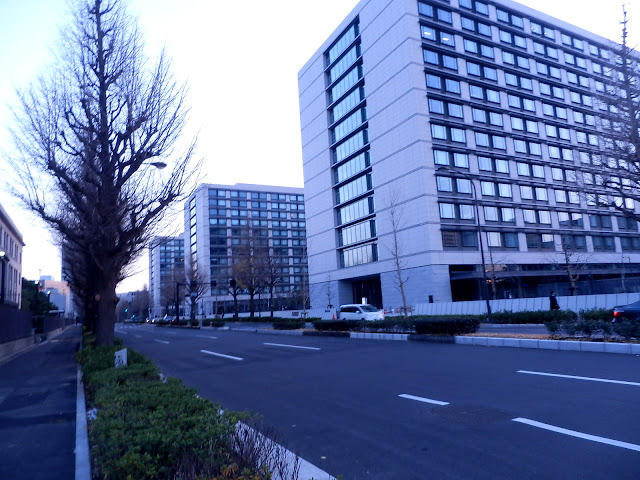 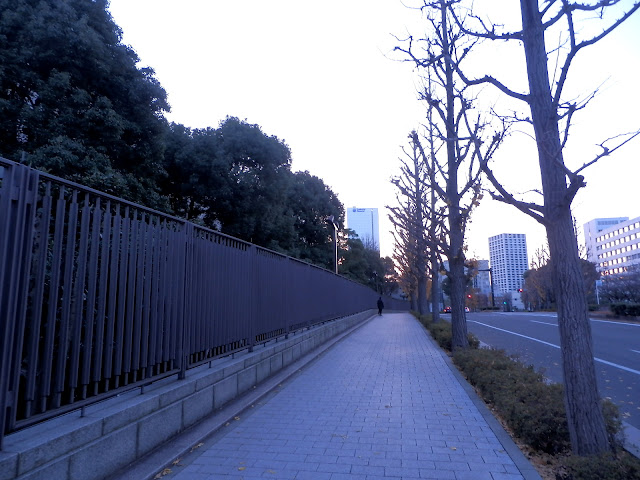 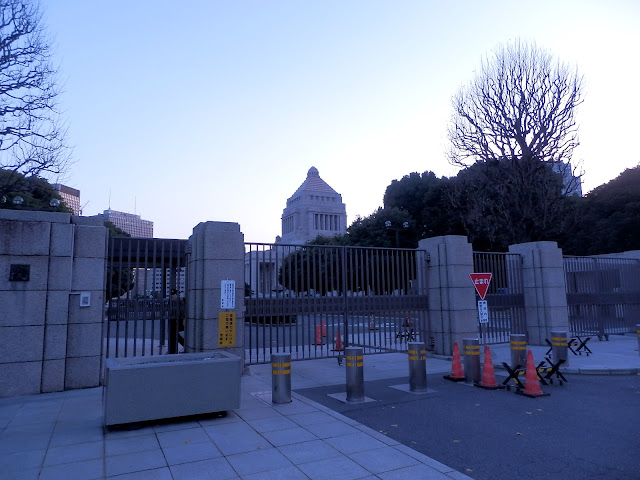 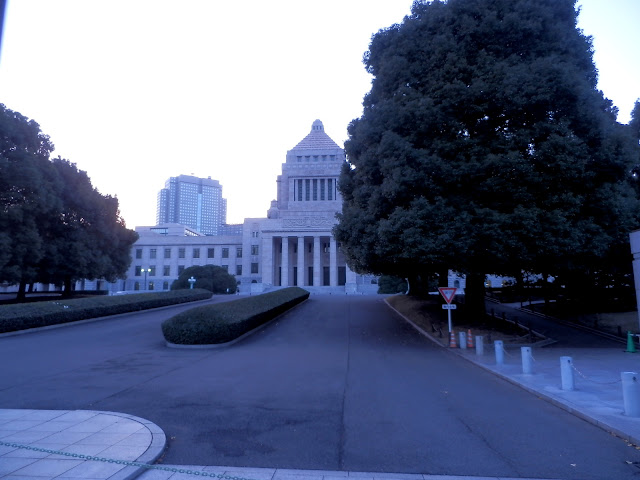 
A Matter of Concern for True Believers

I referred to the Bible to find any advice from the God as I saw the pandemic news on TV.

19 If in this life only we have hope in Christ, we are of all men most miserable.
20 But now is Christ risen from the dead, and become the firstfruits of them that slept.
21 For since by man came death, by man came also the resurrection of the dead.
22 For as in Adam all die, even so in Christ shall all be made alive.

So, we must not be troubled by this corona-virus pandemic, since we have the hope of resurrection in Heaven through Christ Jesus.

However, a few months ago, the Bible told me, when I was referring to it, that there would be a wonder in the sky and a miracle on the earth.  Then, the pandemic started to increase its influence, and snow fell in and around Tokyo leaving an inch-thickness of snow at the end of March as the first in 32 years.

Especially in the 20th century, the total of the war dead and the pandemic's casualties was about 150 million.  And it is still unknown how many people will die, in the 21st century, from wars, natural disasters, pandemics, etc. unfortunately without peace.

However, if the mankind is doomed to go extinct in the 21st century, the number of deaths will be beyond comparison.

The point at issue is who is responsible for these deaths.  Is it Satan or the God that should be to blame for these deaths.  Satan may want to have as many men as possible get killed in tragedy without peace.  But the God may send the Angel of Death to unfaithful, evil men who have sold their souls to Satan to be rich or have their dreams come true.

When completely attacked by Satan and at the same time abandoned by the God, the mankind would surely go extinct.  In this case, the whole 7 billion people might get killed in wars or due to pandemics, natural disasters, etc.

But what is important for any individual is his or her own death apart from the fate of the mankind.  It is because his or her life should start when he or she is allowed to enter Heaven.  Compared with the life in Heaven, a life in this world is nothing.  Put extremely, it is not a matter of concern for true believers in Christ Jesus whether he or she dies in any manner or the whole mankind go extinct at any time.

Nonetheless, it is a supreme concern for believers to see victory of the God over Satan who should be behind men's tragedies caused by any war, natural disaster, pandemic, etc.

**** **** ****
Mark 4 King James Version (KJV)
3 Hearken; Behold, there went out a sower to sow:
4 And it came to pass, as he sowed, some fell by the way side, and the fowls of the air came and devoured it up.
5 And some fell on stony ground, where it had not much earth; and immediately it sprang up, because it had no depth of earth:
6 But when the sun was up, it was scorched; and because it had no root, it withered away.
7 And some fell among thorns, and the thorns grew up, and choked it, and it yielded no fruit.
8 And other fell on good ground, and did yield fruit that sprang up and increased; and brought forth, some thirty, and some sixty, and some an hundred.
9 And he said unto them, He that hath ears to hear, let him hear.
Posted by EEreporter at 4/08/2020 09:24:00 PM Links to this post
Email ThisBlogThis!Share to TwitterShare to FacebookShare to Pinterest
Newer Posts Older Posts Home