"When they saw the star" - There is No Measuring God 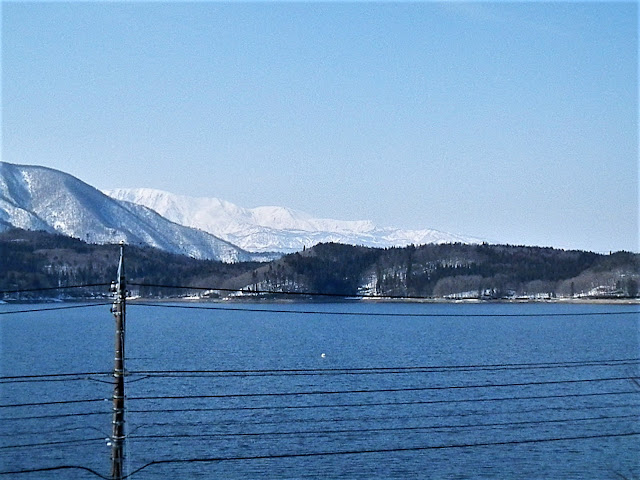 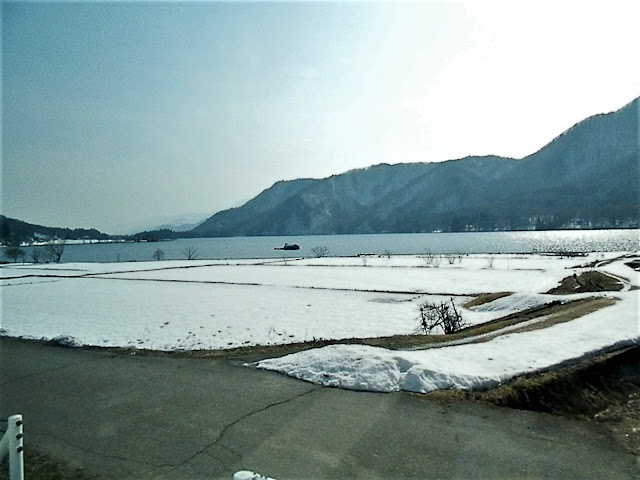 There is No Measuring God

In a very long time period, namely trillion years multiplied by trillion times trillion and more,
all the stars, planets, atoms, etc. in the whole universe will be absorbed by black holes.

And then after a very long time period, namely 10 to the 100th power or 10^100 years and more, all the black holes will start to evaporate discharging weak light.

And, if atoms and materials are not absorbed by black holes, their nuclei or protons will collapse and get disintegrated in 10^33 years or more.

Put simply, everything in this universe will disappear in infinitely long times, leaving weak light while there is nothing to reflect it and to be illuminated by it.   Indeed, Buddha said that everything with form will eventually collapse.  The Bible says that the earth and the heaven will disappear but the word of God will remain.

So, lives of human beings on the earth are just very little episodes in this scale of the universe and the time span toward eternity.

Although it must be God who created this universe to make life develop to human being, He will finally erase every trace of His act.  But those admitted into Heaven will never look back to the universe at a minimum part of which they were born and lived poor.  And, those who are condemned to the hell will cry for God to give them other chances, but there will be no such a universe where they once became rich and neglected the word of God.

There is no measuring God's intention.


Mat 2:10 When they saw the star, they rejoiced with exceeding great joy.
Mat 2:11 And when they were come into the house, they saw the young child with Mary his mother, and fell down, and worshipped him: and when they had opened their treasures, they presented unto him gifts; gold, and frankincense and myrrh.

Posted by EEreporter at 2/10/2018 02:00:00 PM Links to this post
Email ThisBlogThis!Share to TwitterShare to FacebookShare to Pinterest

"what time the star appeared" - Christ Jesus vs. Satan over God 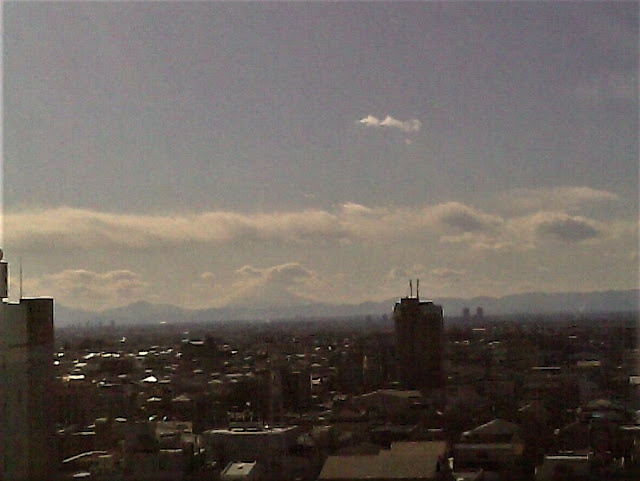 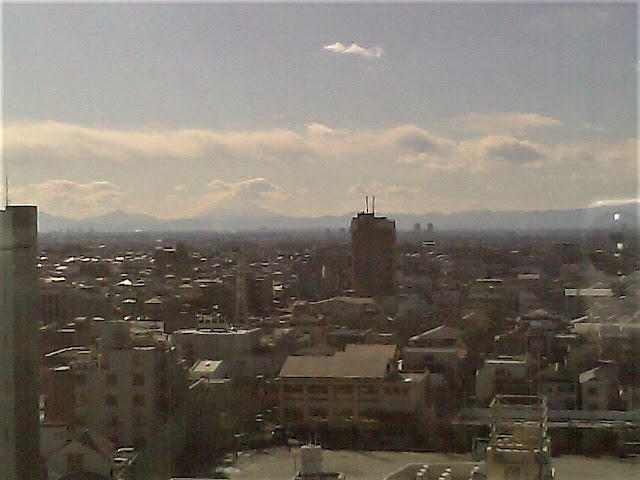 Christ Jesus vs. Satan over God

As Moses led Hebrews after fleeing Egypt in the Sinai desert for 40 years, Christ Jesus thought that he also had to experience a desert life at least for 40 months, 40 weeks, or 40 days.  It must have been necessary to a kind of  cleanse old sins Hebrews and Moses had acquired in Egypt.  Christ Jesus had lived in Qumran before He came back to the River Jordan and Galilee, so that He thought that He had to cleans His soul from any religiously biased customs He had used to accept there.

For 40 days in the wilderness, Christ Jesus did not eat and drink enough.  He just meditated while watching sometimes the land and the sky as well as flowers in the field and birds in the sky by day and stars and constellations during the night.  In hunger and thirsty, Christ Jesus gave a bitter laugh to Himself, thinking that He knew that He had ability to conquer the Roman Empire and other great nations and cities in the world only if He had ventured into such worldly adventure.  He was also amused by a fact that He could even turn a stone to bread since God had given part of the great ability to work miracles.

Then, Satan found a chance to insult the Son of God, which he never missed.  So, Satan suddenly appeared in front of hungry and thirsty Christ Jesus.  Knowing that Christ Jesus had the ability to turn stones into foods, Satan said to Christ Jesus, "If you beg a favor of me, I would turn this stone to bread.  Then, you can make excuses before God, saying that it was not you but Satan that changed the stone to bread, so that you did not abuse your ability even if you ate the bread to ease your hunger."  Christ Jesus said to Satan, "Men can live by the word of God, but not by bread Satan gives."

Disappointed, Satan then showed aerial images of great nations and cities in the world, although he knew that Christ Jesus had power and ability to conquer the Roman Empire and all the other mighty empires in this world, saying, "If you beg a favor of me, I would give you all these glorious nations and cities in addition to wealth accumulated there.  Then, you can make excuses before God, saying that it was not you but Satan that made a conquest of the world and you only took back the world from Satan even if you became the king of the world."   Christ Jesus said to Satan, "Great empires and cities without faith in God are nothing.  Wealth they were accumulating is of no use.  Respect and revere God!"

With his heart hurt so much, Satan took Christ Jesus to the top of the tower of Jerusalem Temple, and knowing that Christ Jesus could call angels at any time, Satan said to Him, "Jump from this tower and then God will save you by sending angels around your body before you are hit and destroyed by the ground!"  Christ Jesus said to Satan, "Loving God is more important than being loved by God.  You should not request God to show His love just in order to see how much God loves you even if your life is at stake."

Satan knew that his evil wisdom was defeated by hungry and thirsty Christ Jesus who refused to exercise His super ability and power to fight Satan.  Christ Jesus did not even attack and destroy Satan who was insulting Christ Jesus while knowing that He had part of the ability and the power God has.  Christ Jesus never left the sate of being a poor man, and he simply overwhelmed Satan.

Satan now knew that he had to do something carefully and decisively to save himself from this shame.  So, Satan left Christ Jesus thinking what would be the most effective way to hurt God through his fight against the Son of God.

This episode occurred just in 40 minutes at the end of the 40 day's suffering, in the human sense, of Christ Jesus in the desert to cleans Himself from past religious and scholarly customs He used to have in Qumran before continuing His mission around Galilee.

And, Christ Jesus did not tell this episode to anyone in His mission time, but He wrote it down in the Q document after His resurrection from the cross, which happened a few years later actually.


Mat 2:7 Then Herod, when he had privily called the wise men, enquired of them diligently what time the star appeared.
Mat 2:8 And he sent them to Bethlehem, and said, Go and search diligently for the young child; and when ye have found him, bring me word again, that I may come and worship him also.
Posted by EEreporter at 2/07/2018 02:48:00 PM Links to this post
Email ThisBlogThis!Share to TwitterShare to FacebookShare to Pinterest 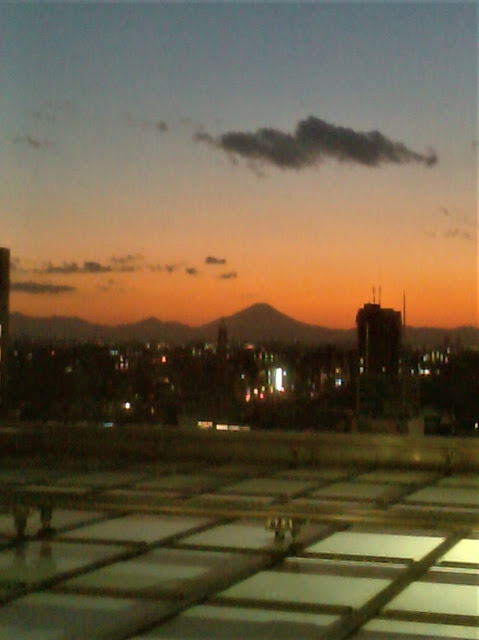 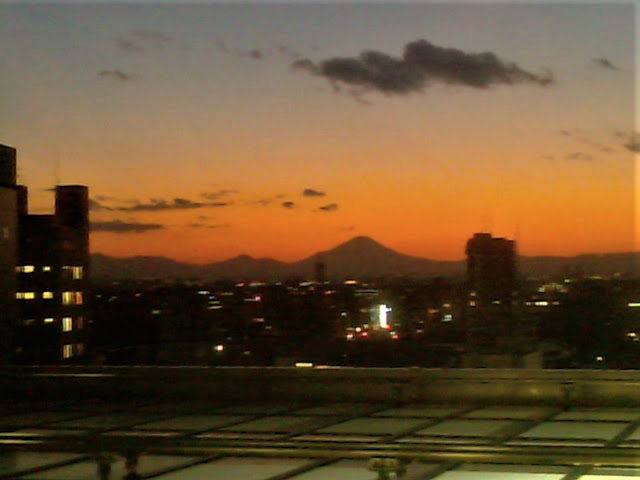 Mt. Fuji viewed from around Tokyo

According to Christianity, God was crucified and killed by people, or specifically, by Roman soldiers and Jewish priests.

But in new Christianity that does not define Christ Jesus as God, it is just that Christ Jesus was crucified and killed by people, or specifically, by Roman soldiers and Jewish priests.

So, in Christianity, many complicated theories and explanations were cooked up to explain why God, the Almighty, could be killed by human beings.  Only Satan would be satisfied to hear Christians shouting the death of God on the cross.  This Satanic image required a multitude of difficult and crooked theories to justify itself.  For example, Christians started to claim that God had died on the cross carrying human sins on behalf of human beings because he had loved them so much.

Especially, in the new Christianity, the responsibility of having killed the Son of God is apparently on the whole mankind.  The mankind killed the Son of God, so that they could be punished and destroyed in return unless they should repent and fully obey God.  This could be easily understood by any illiterate men.   But in the conventional Christianity, God had died on the cross just to take away sins of people, the meaning of which cannot be understood by poor fishermen and farmers.

What is worse, in the conventional Christianity, the idea that God could be killed by human beings gives wrong ideas to people.   No matter how much merciful God is, there is no need for Him to play a role of a poor prophet being killed.  There are many different ways to show His love to people.  And, it would allow Satan to be pleased and satisfied to see God being executed by men while Satan could manipulate them.  There is no need for God to please Satan.

Put imply, it is Satan's wisdom.


Mar 2:5 When Jesus saw their faith, he said unto the sick of the palsy, Son, thy sins be forgiven thee.
Mar 2:6 But there was certain of the scribes sitting there, and reasoning in their hearts,
Mar 2:7 Why doth this man thus speak blasphemies? who can forgive sins but God only?
Posted by EEreporter at 2/05/2018 09:40:00 PM Links to this post
Email ThisBlogThis!Share to TwitterShare to FacebookShare to Pinterest

"unto the city of David, which is called Bethlehem" - The Bogus Theory Trinity 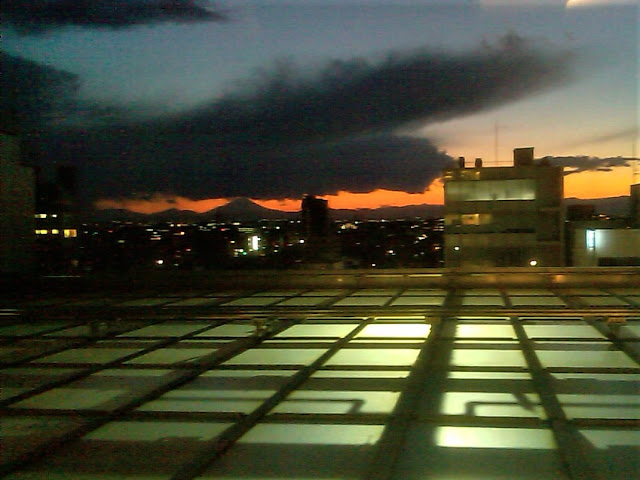 
If a bad man said that someone must be God, who would believe his word?

If a rotten Pope said that someone must be God, how could you believe his word?

To some followers of Christ Jesus, He must have looked like God sometimes but He must have looked like an ordinary man in most of His life time.  So, bad Popes cooked up a theory that Jesus was a man and also God in essence.  In addition, to make the theory more complicated so as not to easily take criticism, they leveled it up to the Trinity, including the holy ghost.

Since the theory that Jesus was a man and also God was established, people came to be confused and puzzled more than able to grasp a clear image of Jesus and God.  Almost no general people could understand the meaning of the Trinity, since Popes and other Catholic leaders could not clearly explain their faked theory for themselves.

In this context, Satan won by making the Vatican launch the bogus theory it could not explain.  People came to try to understand the theory, which was impossible, since the Vatican cooked it up to make nobody claim that he understood the difficult theory of Christianity so that their authority would not be challenged.

So angry God gave Islam to Arabs and others.

It is a historical fact that Islam emerged after the Vatican adopted the Trinity, the theory made complicated intentionally to prevent others from challenging the authority of the Vatican.

Christ Jesus might be God, too, but God does not want the mankind to call Christ Jesus God.  The Vatican and the Pope should stop calling Jesus God.

Luk 2:4 And Joseph also went up from Galilee, out of the city of Nazareth, into Judaea, unto the city of David, which is called Bethlehem; (because he was of the house and lineage of David:)
Luk 2:5 To be taxed with Mary his espoused wife, being great with child.
Posted by EEreporter at 2/05/2018 10:02:00 AM Links to this post
Email ThisBlogThis!Share to TwitterShare to FacebookShare to Pinterest
Newer Posts Older Posts Home