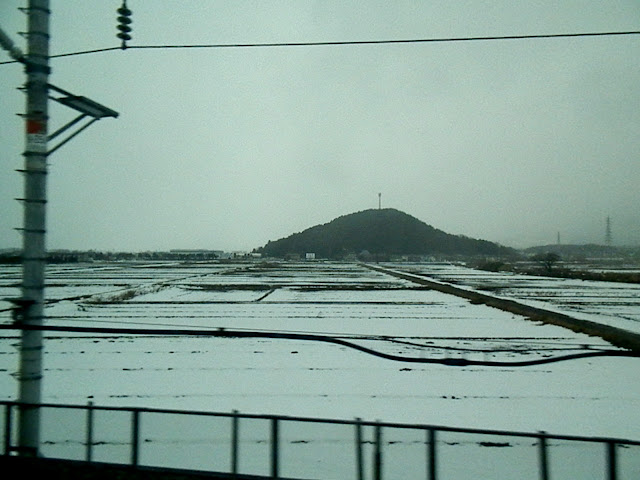 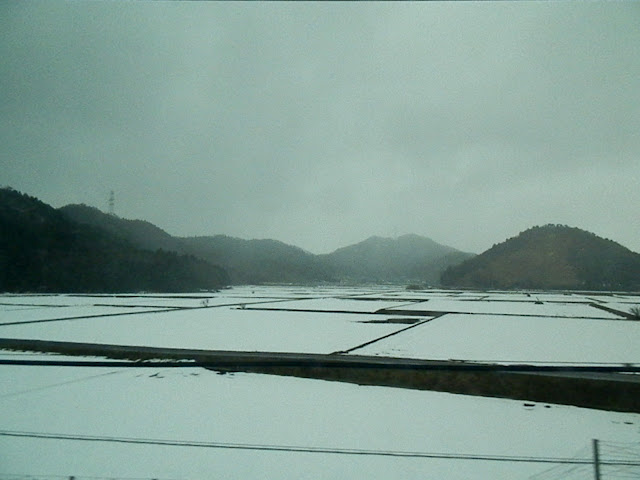 North of Kyoto under Snow

In September 11, 2001, the 9.11 terror occurred in the U.S.  With the collapse of the World Trade Center towers in New York, many Americas thought their view of the world changed forever.  And subsequently the War on Terror was launched.  Americans thought they were threaten by Islamic terrorists.  But around 2001, another threat to the US was progressing with China starting ever growing export to the US as the following figure shows. 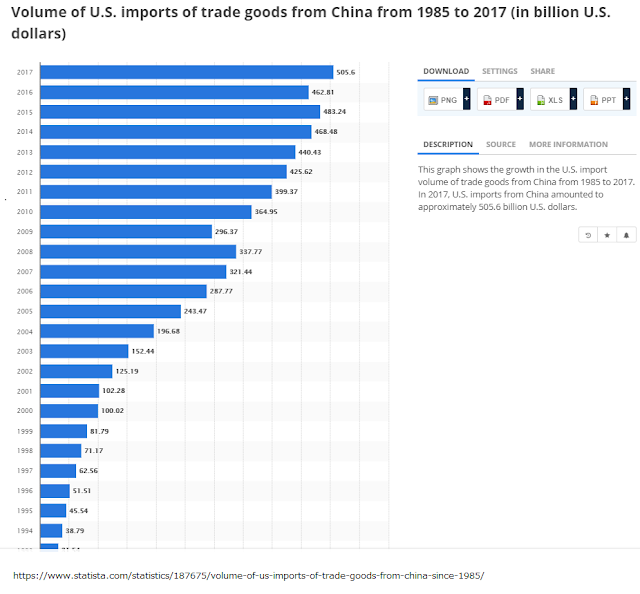 The aspect of trade relationship between the US and China since 1985 can be seen in the following figure: 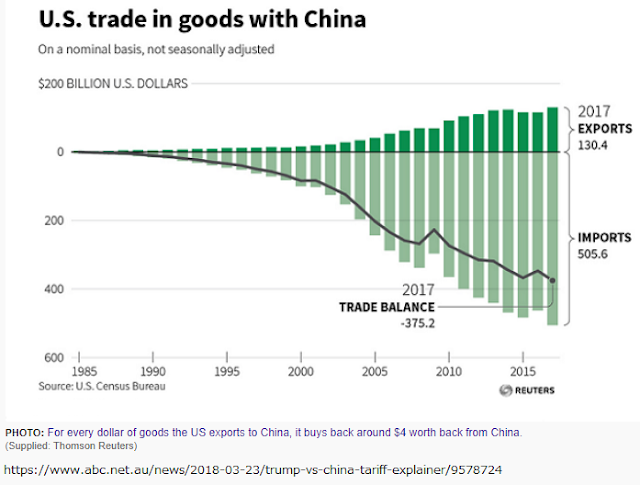 Since the Start of the War on Terror in 2001 through the Financial Crisis in 2008, Americans have been importing goods from China in ever increasing scales. 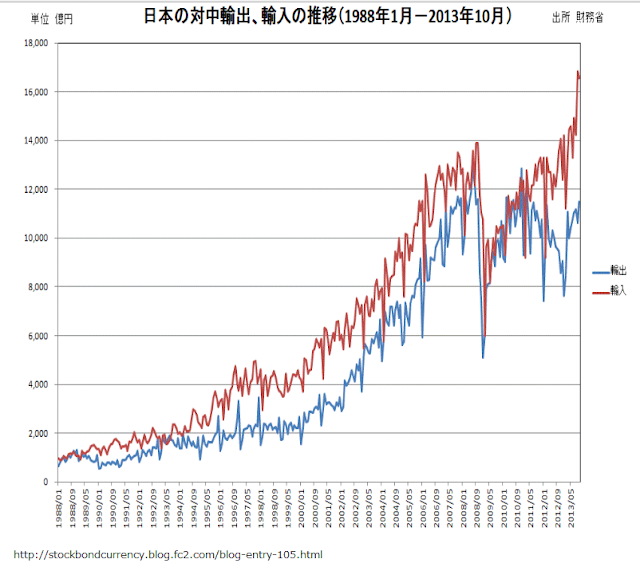 Chinese exports to the Japan were the 600 billion yen (about US$6 billion) level in 2001, the 1,400 billion yen (about US$ 140 billion) level immediate before the 2008 Financial Crisis, and over the 1,600 billion yen (about US$ 160 billion) level in 2013.  Japan has been also imported Chinese goods in ever increasing scales although the imports from China drastically dropped in and after the 2008 Financial Crisis period.  In these years, Japan has been in deflation economy, which seems to be mostly ascribed to huge import of cheap Chinese goods.  Deflation is the most significant issue for Japan since 1990s.  But without stopping cheap Chinese goods, it was impossible to change the Japanese economic situation.  However, for Japanese companies to maintain profits, it is inevitable to import cheap Chinese goods and sold them to consumers in Japan to address competition in the Japanese market.

So, both the US and Japan, No.1 and No.2 economies in the world, have imported Chinese goods in the last 20 years in ever growing scales.   So, it is no wonder that Chinese GDP surpassed Japan's GDP in 2010.

But what does the US import from China? 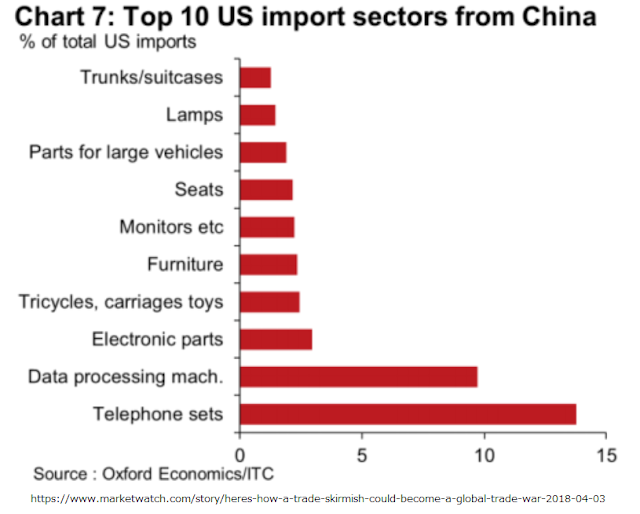 All through the 9/11 Terror in 2001 and the Financial Crisis in 2008, the IT technologies and the Internet have been growing not only in the US but also in China and other countries.  And the most beneficiary in this trend is China.

It is not in the world where industries before the era of the Internet and smart phones played major roles that China could develop and expand its economy.  The world in ever increasing needs for IT technologies, the Internet, smart phones, and advanced software such as AI, through the War on Terror and the Financial Crisis, has made it possible for China to achieve such economic success to the degree that China threatens the US.

However, basically,  IT technologies, the Internet, smart phones, and advanced software such as AI were first invented in the US.  And political, economic, and social situations of the US and Japan allowed to China to exponentially increase its exports.

So, it would cause a fundamental crisis for China, if it deviated from the global order and structure that have been established by the US after WWII, since China has not become a big economic power by its own capacity and unique merits.

The justification of Trump's being US President might only lie in his bold checking of reckless Chinese ambitions to pursue expansion of its influence based on huge trade surplus.

Posted by EEreporter at 2/15/2019 01:57:00 PM Links to this post
Email ThisBlogThis!Share to TwitterShare to FacebookShare to Pinterest 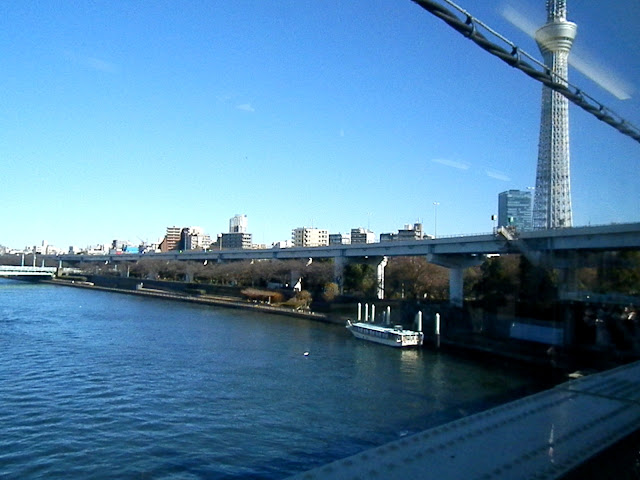 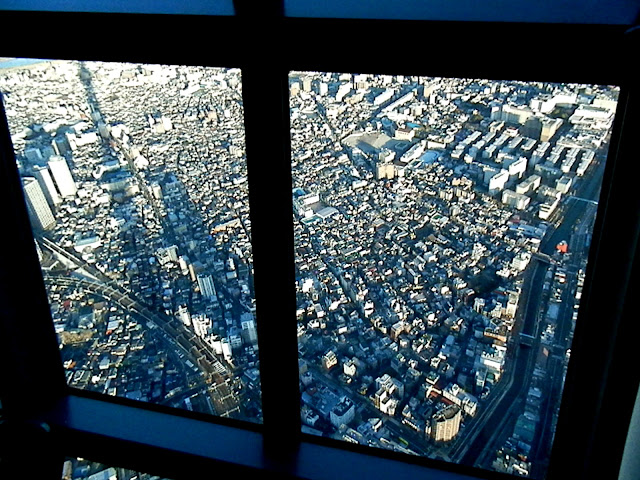 Against Rotten Church Systems and Satan of Materialism

Almost 2000 years ago, Jewish people had the concept of God, no matter how simple it was, to the right direction of cogitation and belief.

Egyptians, Greeks and Romans had also their concepts on gods, which were however not toward the right path to the true and only God.

And, when some of Jewish people was confident that they had seen, met, walked and talked together with the Son of God, they must have a great shock and wonder as well as joy and pride.  And as the Son of God told them to go and preach the gospel to poor people of the Roman Empire, they would surely gladly go and preach the gospel driven by the shock and wonder.

In this way, Paul and other Disciples of Christ Jesus went out and preached the gospel to poor people, which however was regraded as deviation from orthodox Judaism and an act to be suppressed.   Nonetheless, their conviction that they were following the Son of God and thus God was so strong that they despised religious leaders who were against them.  In this way, early Christianity started with great energy or passion of followers of the spirit of Christ Jesus.

One of the major factors for early Christianity to prevail in the Roman Empire was this passion and energy.

In other words, the extreme strength of the shock and wonder such Jewish people felt when they discovered holy nature or divinity in  Christ Jesus was reflected in the success of Christianity in the Roman Empire.

But today, we cannot clearly and vividly feel this strength of the shock and wonder in Christian churches including the Vatican.  The Pope is reading ambiguous sentences in the Bible, wearing stupidly rich ancient clothes, and being surrounded by similarly stupidly rich cardinals and  bishops, while American Protestant priests were revering false gods or Satan of materialism.

So, God eventually punished and destroyed the Roman Empire.  Will not He do the same thing to the current human world?

Anyway, the only way for us to be forgiven by God is to take a clear stance against rotten church systems and false gods or Satan of materialism.