"A certain man planted a vineyard" - Einstein in Tokyo in 1922 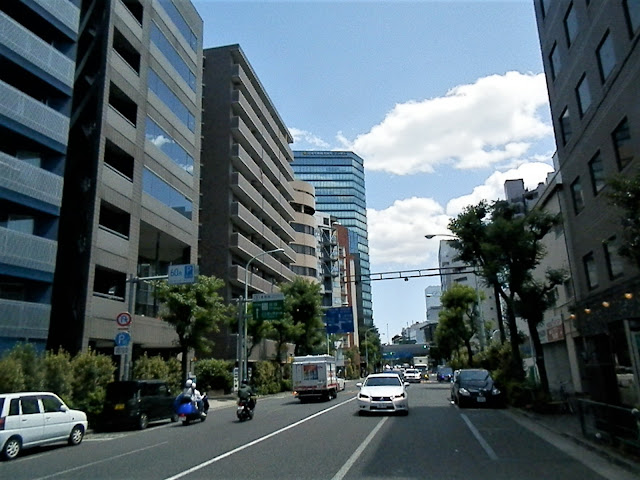 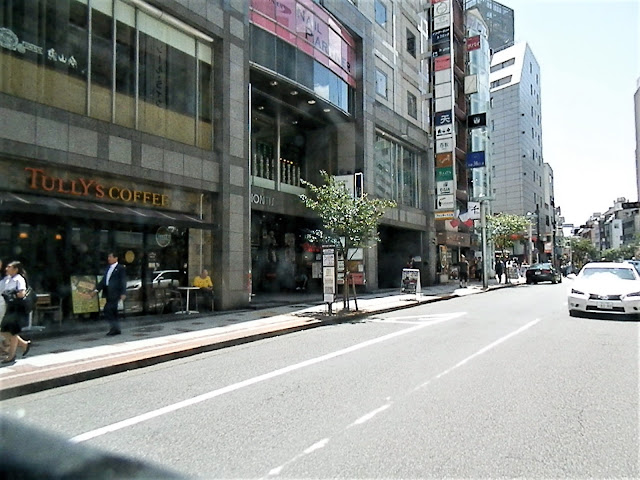 Einstein was a Jewish man although he found a revolutionary law about time and space in 1905 and the theory was published in 1916.

It is truly interesting that a Jewish scientist found the theory of relativity.  God gave great honor to Jewish people.  But soon after this glory, Hitler and Nazis took power and started to suppress Jewish people.  Accordingly, Einstein fled to the US.

The social expansion and success of Jewish people in the early 20th century was symbolized by Einstein.  It was revolutionary like his theory, which could be so alarming to some Europeans like Hitler.  Or other Jewish people should have taken a revolutionary view on their fates.  They had to realize danger approaching to them.

Einstein visited Japan in 1922.  During two-month stay in Japan, he traveled in Japan from Kobe to Kyoto, Tokyo, and other cities, giving lecture in some universities and receiving great welcome.  But when he left Japan, he worried about social trends in Japan as he felt an inception of militarism in Japan and German flags in places for welcoming parties.  Einstein was a pacifist and did not like German militarism at the time.  Japanese people should have listened to Einstein more carefully.  In deed, 19 years after Einstein's visit to Japan, the Empire of Japan launched the Pearl Harbor attack.

So, it is important if we see another revolutionary Jewish man, we had better get prepared for another war.  God will surely give a portent to people.


Recently two pieces of memo Einstein wrote for a bellboy of the Imperial Hotel of Japan in lieu of chips in 1922 were auctioned in Jerusalem and sold at total $1.8 million.  The seller was a grandson of the Japanese bellboy's brother who lives in Germany:


So on a piece of hotel stationery, Einstein wrote in German his theory of happiness:
"A calm and modest life brings more happiness than the pursuit of success combined with constant restlessness."
On a second sheet, he wrote another message: "Where there's a will there's a way."
He told the bellhop to save the notes — they just might be valuable in the future.
https://www.npr.org/sections/thetwo-way/2017/10/25/560004689/einsteins-note-on-happiness-given-to-bellboy-in-1922-fetches-1-6-million


Mar 12:1 And he began to speak unto them by parables. A certain man planted a vineyard, and set an hedge about it, and digged a place for the winefat, and built a tower, and let it out to husbandmen, and went into a far country.
Mar 12:2 And at the season he sent to the husbandmen a servant, that he might receive from the husbandmen of the fruit of the vineyard.
Mar 12:3 And they caught him, and beat him, and sent him away empty.

Posted by EEreporter at 12/01/2017 11:28:00 PM Links to this post
Email ThisBlogThis!Share to TwitterShare to FacebookShare to Pinterest 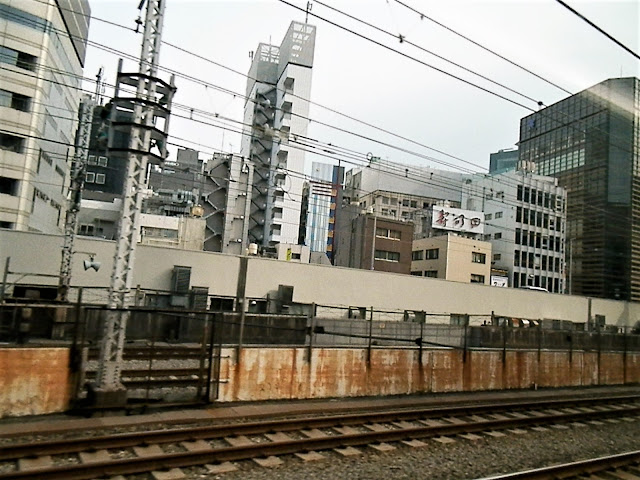 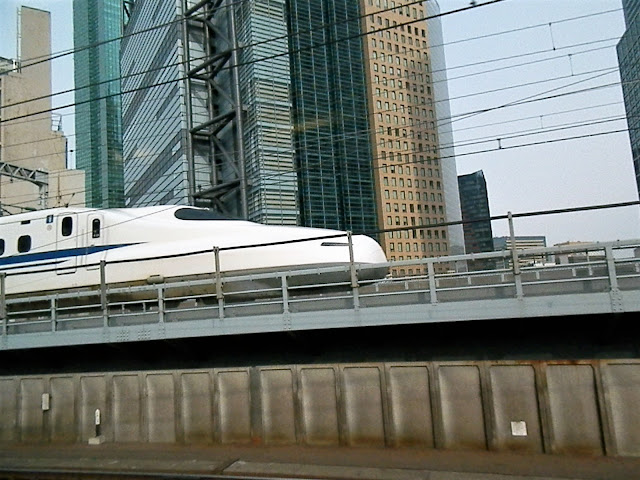 
The Truth of the Bible

There are many books written in these 2000 years.  But nothing can be compared with the Gospels.

A man from nowhere appeared on the river Jordan to watch a prophet called John.   They exchanged a word or two, and then Heaven blessed the man.  He was enlightened so as to act as the Son of God.

He went back to His home village and attended a wedding ceremony with His mother.  He performed the first miracle with wine pots.  His mission started, while calling fishermen, etc. to follow Him.  He preached the teaching of God while travelling from village to village and healing sick men.

Sometime, thousands or more people gathered to listen to Him.  He also fought evil spirits and demons haunting people and even animals/plants.  His reputation increased but priests in Jerusalem were alarmed.  They sent spies around Him, who asked Him questions to find a reason to arrest Him.

He finally went up to Jerusalem and its Temple.  He was offended because some traders were behaving like thieves in the Temple.  Friction between Him and Temple priests were burnt so that priests appealed to the Roman Governor, saying that He did not obey the rule of Romans and Judaism.  As a witness, they bribed one of His followers with silver coins.  Then, He was arrested.

The Roman Governor sentenced that the man should be killed on a cross.  The punishment was executed.  The man died on the cross.  All of His followers ran away as they were afraid.

But three days after the crucifixion, women found that He resurrected as they went to the tomb where His body was placed.  Then for a while after the resurrection He appeared to His followers hiding in a secret house from persecution.  Finally, He ascended to Heave while His followers were watching.

This simple story made the greatest book in these 2000 years.  It also produced a new religion called Christianity.  But, truth of the story is not yet fully explained.  From the beginning, where did he come from?


Luk 11:28 But he said, Yea rather, blessed are they that hear the word of God, and keep it.
Luk 11:29 And when the people were gathered thick together, he began to say, This is an evil generation: they seek a sign; and there shall no sign be given it, but the sign of Jonas the prophet.
Posted by EEreporter at 11/29/2017 01:03:00 AM Links to this post
Email ThisBlogThis!Share to TwitterShare to FacebookShare to Pinterest

"it seemed good in thy sight" - Despite Development of Christianity 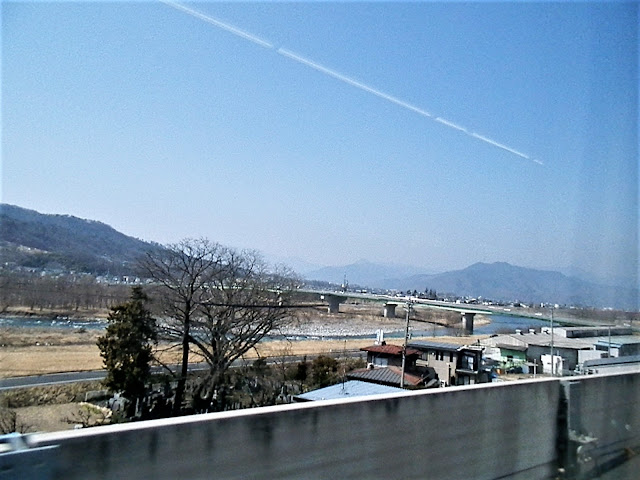 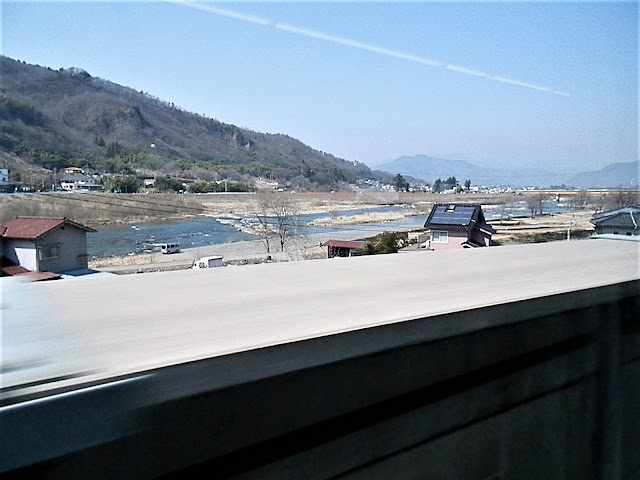 Despite Development of Christianity

He went to poor people, ill people, etc. to heal them and preach teaching of God.  Christ Jesus did not go to rich people, learnt people, and those with high status in the society.  He was surrounded by poor people who did not have any academic background.  Accordingly His teaching to them was not academic.  He did not tell them any theory on God, the universe, and the world.  He did not present theology to them.

But after Christ Jesus, many rich men, learned men, and scholars extended theology.  You can find thousands or more books about Christianity and God in a public library of a modern city of any developed country.  Those books contain difficult and complicated theories.  They extend interpretations of God and Christianity.  So, it requires study in many years in colleges to learn Christianity and various theories, which Christ Jesus must not have expected.

But over about 2000 years, mainly Europeans have been developing theology, the meaning of God, and interpretation of Christ Jesus' mission.  The volume of their study has become so large.  It requires higher education to understand it.

Such work must have contributed to intellectual development of Europeans.

One of the largest contributions to European followers in these 2000 years by Christ Jesus is to give inception of this intellectual work.

Greek philosophers might contributed to such intellectual development.  Buddhists have developed also many theories following the teaching of the Buddha.  Judaists have continued their study of their religion.  But Christianity in these 2000 years achieved overwhelming intellectual work more than any others following their own religion.

From simple teaching by Christ Jesus to illiterate poor men in Palestine 2000 yeas ago, great volumes of intellectual work have been extended and generated to date.  This is truly a miracle.  But no church in the world have new holy books positioned above the Gospels.

Theology doesn't save men, but the words of Christ Jesus in the Gospels save men, no matter how many books have been written by scholars and professors in these 2000 years.  This is also truly a miracle.

Despite development of Christianity in these 2000 Years, still what we need is the book of the Gospels.


Mat 11:25 At that time Jesus answered and said, I thank thee, O Father, Lord of heaven and earth, because thou hast hid these things from the wise and prudent, and hast revealed them unto babes.
Mat 11:26 Even so, Father: for so it seemed good in thy sight.
Posted by EEreporter at 11/27/2017 12:23:00 AM Links to this post
Email ThisBlogThis!Share to TwitterShare to FacebookShare to Pinterest
Newer Posts Older Posts Home